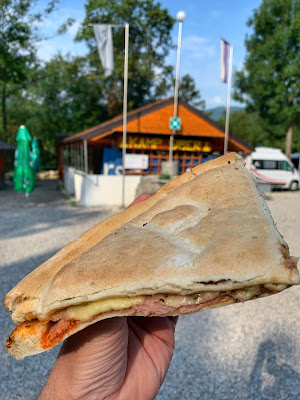 Another day, another breakfast! The camp site bar had run out of paninis this morning but did have these pizza sandwiches which were rather tasty. 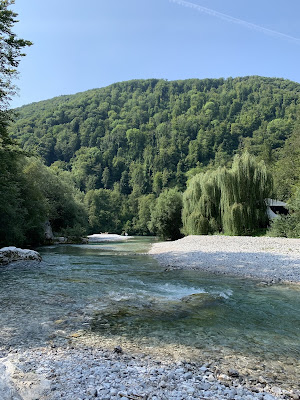 Beside the camp site was the Tolminca river which joins the Soca river at the festival site. It looks very inviting, especially on a really hot day like today was. The reality though is that it's bloody freezing as the water flows from the surrounding snow topped mountains of the Julian Alps. This didn't stop us from paddling across to the other side though, it certainly woke me up!! 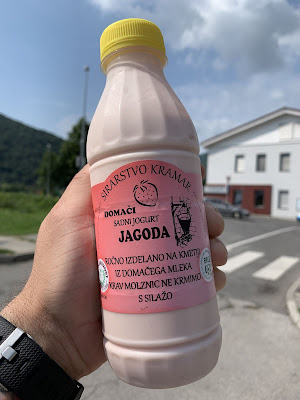 We walked through the festival site where people were just beginning to surface and back out on the other side in Tolmin. I noticed a vending machine selling what appeared to be a yogurt drink. Quite refreshing I thought but it turned out to be thick strawberry yogurt. It tasted great though so I necked the entire bottle convincing myself it was a healthy decision. 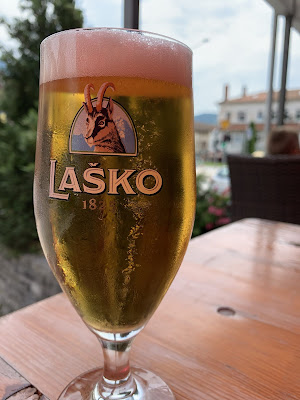 A lunchtime beer was definitely needed so we sat down for some lunch at a pizzeria. 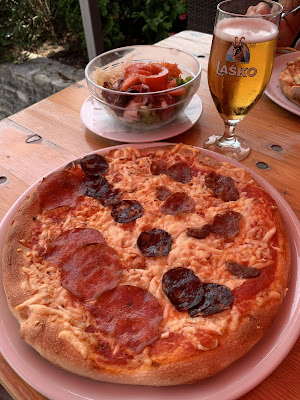 The salami mix pizza was great but trying to get a decent photo underneath a red canopy was impossible. 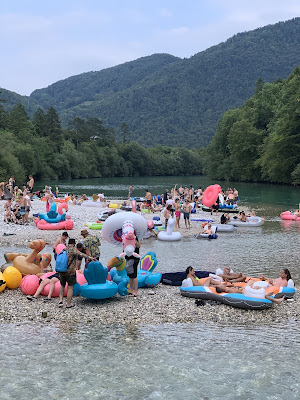 Filled with pizza we headed to the beach stage area which was a hive of activity now the festival had officially opened. 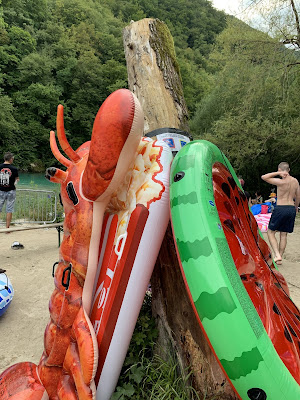 I've never seen so many food based inflatables in one place before! 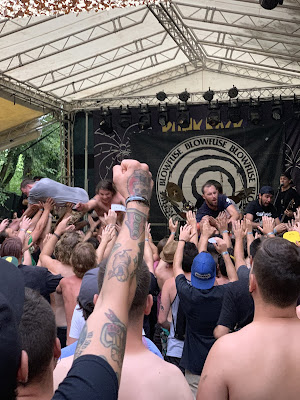 I was feeling much more awake today and thoroughly enjoyed Blowfuse from Barcelona. A fast paced set with a constant flow of stage divers appearing throughout. 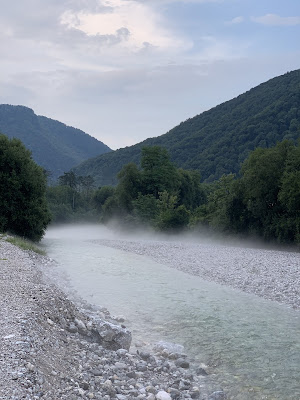 A quick pit stop at the campsite and we returned back to the festival ready for the main stage shows. A mist had appeared over the river as we made our way there. 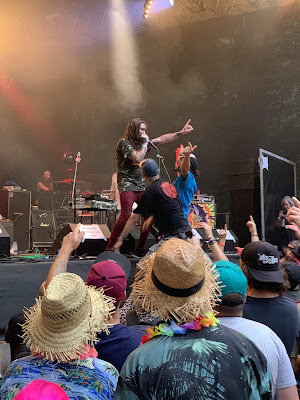 Australian Ska/Punk band The Bennies where the perfect band to open the main stage! 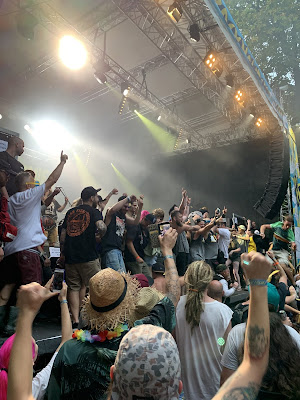 Before long the crowd joined them on stage. 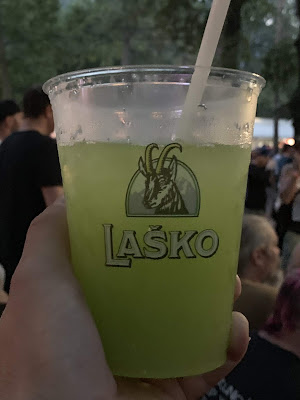 My first melonball cocktail off the festival and this one was pretty strong! 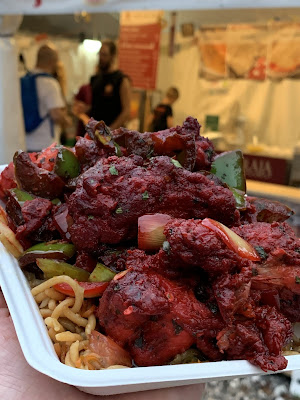 I was so delighted to see the Indian food stall was back again this year. The chilli chicken and noodles from here is exceptional, especially after a few beers. 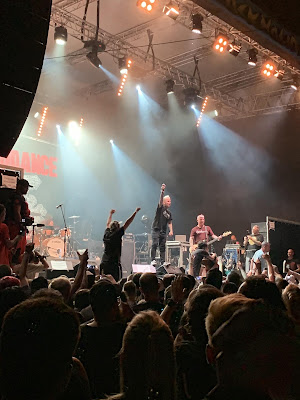 We arrived back at the stage just in time to catch Good Riddance from California. A quick dash to the bar after these guys finished though as the band I was most excited to see were on next. 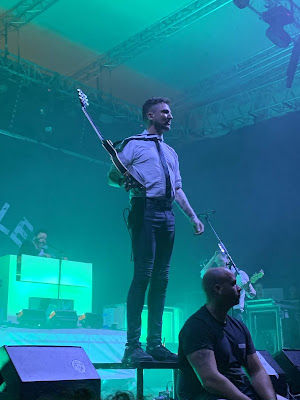 Frank Turner and the Sleeping Souls! I'm a huge fan and I can remember first seeing Frank Turner play in front of about 60 people at Refreshers in Norwich many moons ago. I was glued to the entire set as was my wife, an excellent choice of songs and well received by the crowd. Towards the end Frank stage dived and continued signing as he was passed along the crowd. An absolute pleasure to see him perform at Punk Rock Holiday and my personal highlight of the entire week! 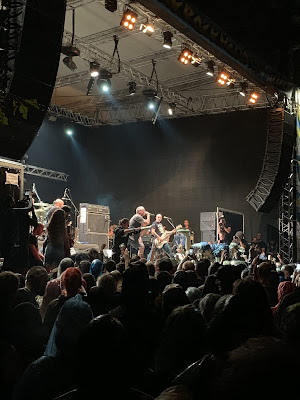 Finally closing the night was a band I've always wanted to see, Descendents from California. The heavens may have opened but the rain certainly didn't dampen the spirit, a great end to the night!

Click here for Day 5
An unexpected visitor and more from PRH
Posted by Fry Up Inspector at 18:40