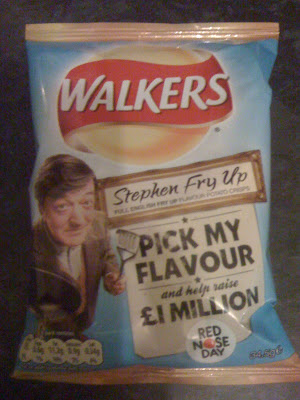 My girlfriend saw these the other day, thought of me and bought me a bag. I immediately opened them to see what I could taste, the first flavour that came through was a definite sausage/bacon taste closely followed by egg. I continued munching all the crisps hoping for more flavours to surface but that was it. Walkers mention Sausage, egg, bacon, tomatoes and buttered toast but I could not detect the buttered toast or tomatoes. A friend of mine hit the nail on the head recently when he told me "They remind me of a dirty fart in that it leaves a bit of an eggy aftertaste in the mouth."
Posted by Fry Up Inspector at 17:04 No comments: 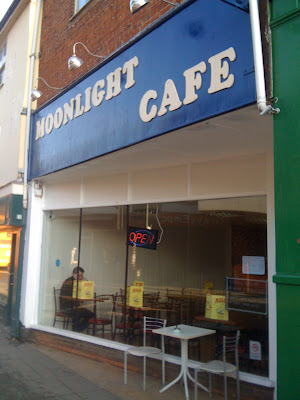 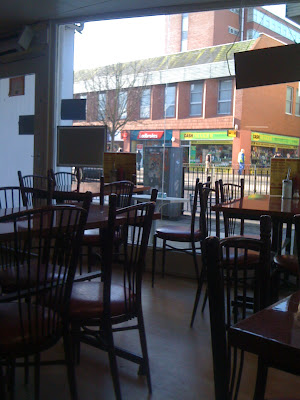 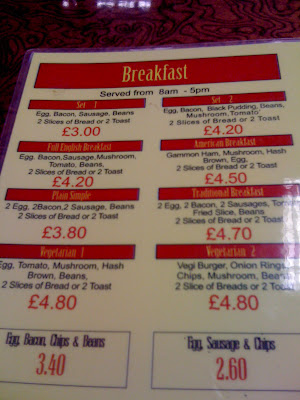 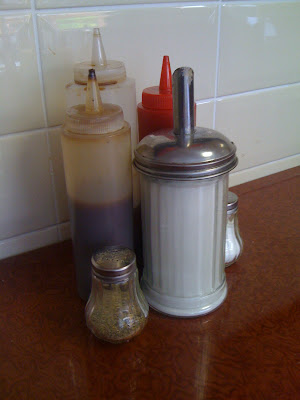 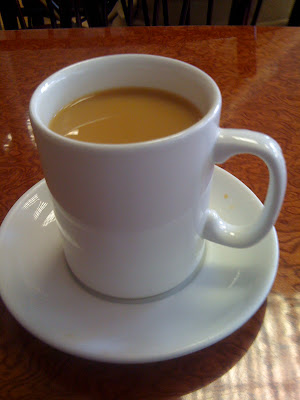 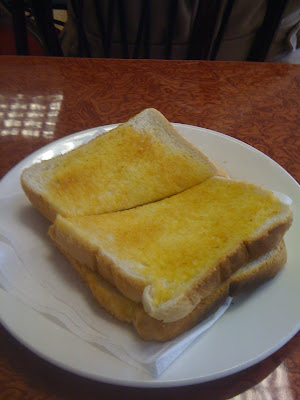 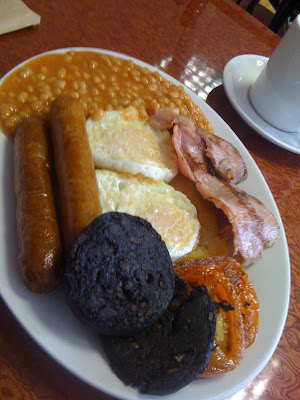 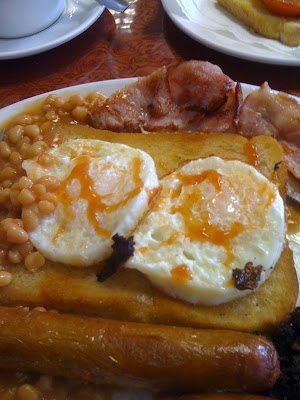 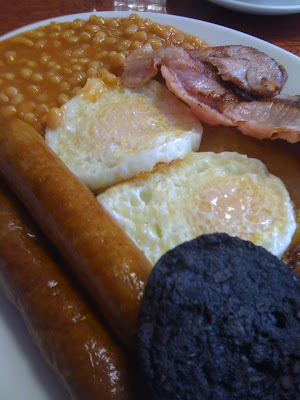 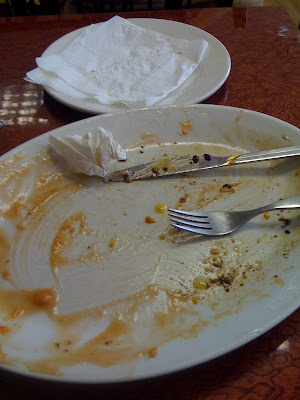 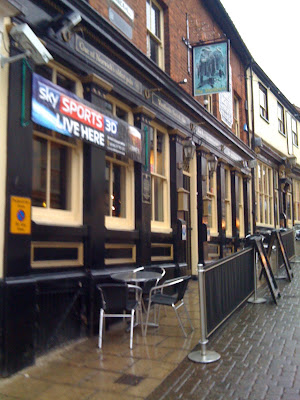 The Murderers is located on Timber Hill in the city centre. 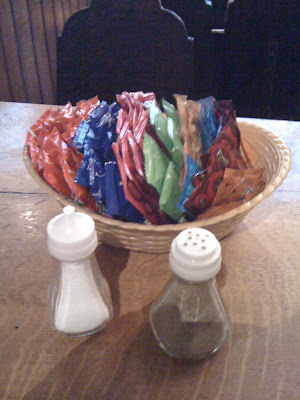 Condiment heaven awaits you at every table 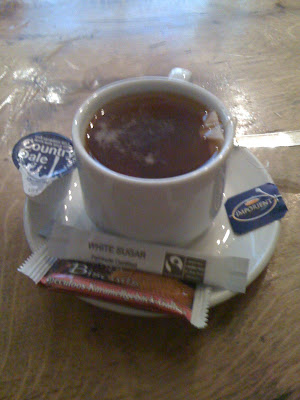 A cup of tea and a tasty biscuit for 90p, bargain! 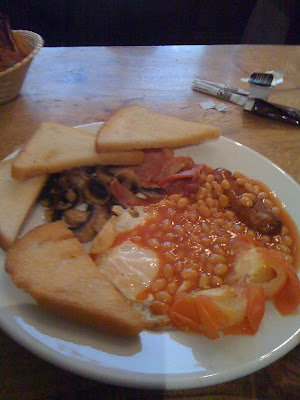 The dark corner I choose to sit in wasn't the best for taking photos and the presentation wasn't amazing. 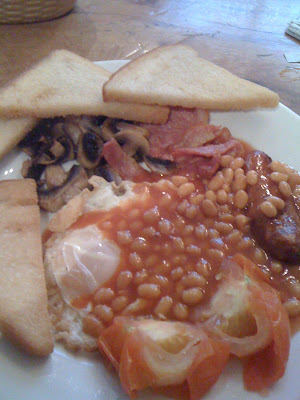 But when everything on the plate tasted so nice it didn't really matter. 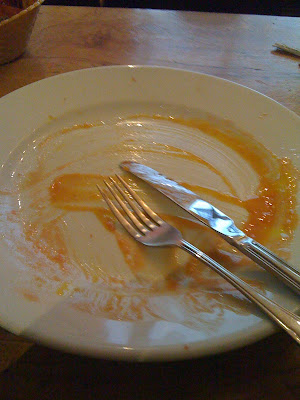 It tastes so good you won't want to leave a thing.
The Murderers is somewhere I don't really spend any time in these days, a few years back though I was often in there drinking the £1.95 pints of Castlemaine or eating omelette and chips. We popped in for a few drinks between Christmas and New year and I noticed they had a breakfast menu on the bar. I returned on my day off to see if their fry up was up to scratch...
Upon entering - I was familiar with the layout and nothing seemed to have changed. The right hand door at the front of the pub takes you into the cafe/bar area, some tables look out onto Timber Hill and plenty more tables can be found up the stairs near the counter. The pub is full of character with plenty of wooden beams, exposed brickwork and hidden cubby holes. Menu's can be found on each table, you order at the counter when you have made your choice. 8/10
Service - I placed my order at the counter and the friendly person serving me was happy to have a chat. They told me to take a seat and they would bring everything I needed. The tea arrived and a short time later the food followed. 8/10
Contents - 1 sausage, 2 bacon, fried egg, lots of fried bread, fried mushrooms, grilled tomato and beans. 8/10
Presentation - Although I was initially blown away by the sight of so much fried bread lining the plate I couldn't help then noticing the slightly messy baked bean explosion that was stealing the limelight from the sausage and the egg. 6/10
The food - A truly delicious and juicy pork sausage, well cooked but tasty bacon, nice and crispy fried bread, an almost perfect fried egg, good fried mushrooms, tomatoes that actually tasted of tomatoes and nice stodgy baked beans. 8/10
Value for money - £4.25 seemed like a really good price, tea was just 90p too. 8/10
Veggie option - I don't recall seeing a veggie fry up but plenty of other veggie breakfast options were available.
Overall - I have always loved the Murderers and the whole breakfast experience was a good one. Great environment, central location, friendly service and good food will not leave you disappointed. The food was a real pleasure to eat and restored my faith in tomatoes again, they actually tasted of something! It is always great to come across stogy beans too, I love them. Many cafe's charging similar prices are serving cheap economy ingredients, good on the Murderers for serving good quality food at a great price! 8/10
Posted by Fry Up Inspector at 15:29 5 comments: