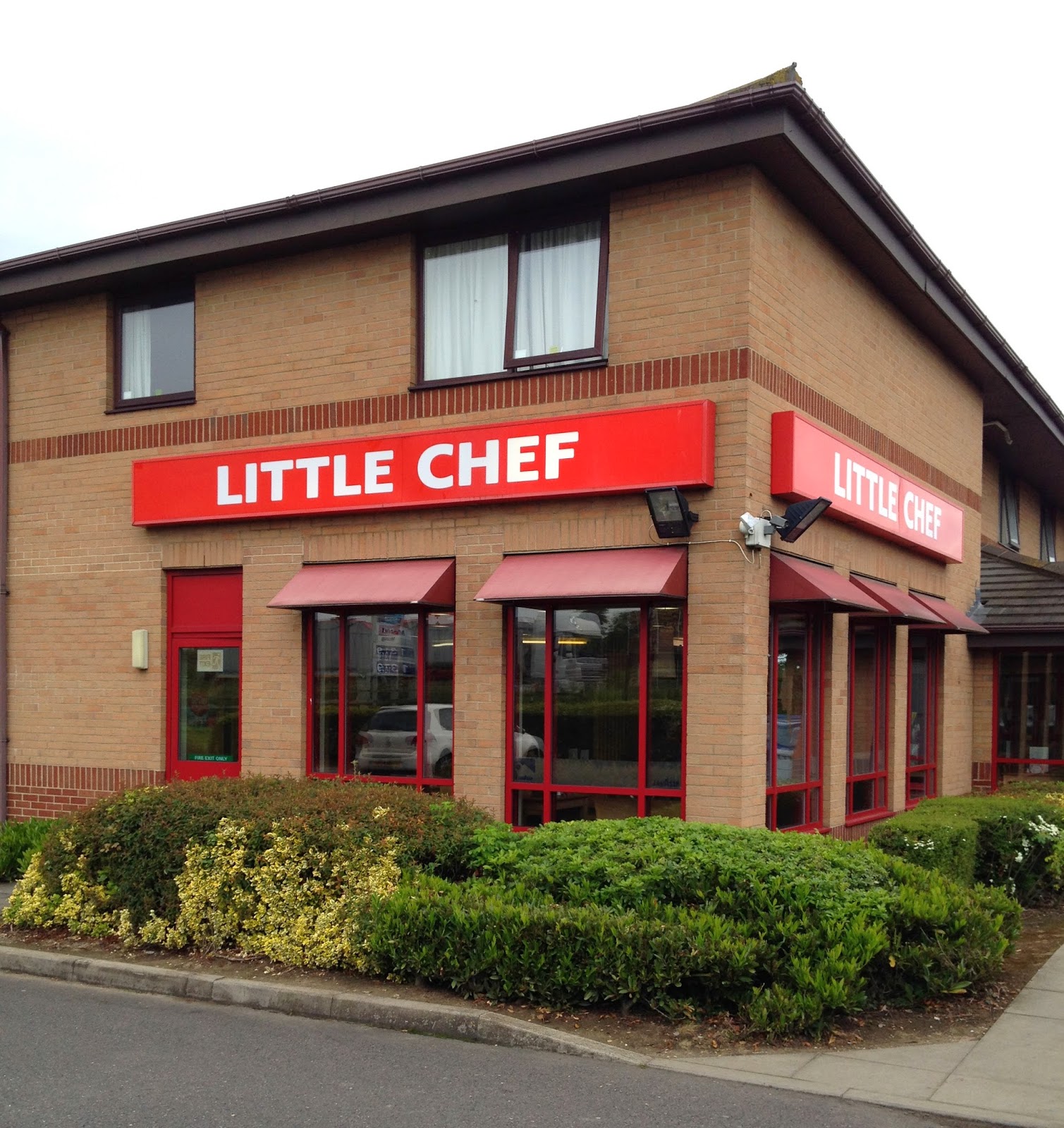 I had spotted this Little Chef on the way to the festival so decided to stop here on the way home. 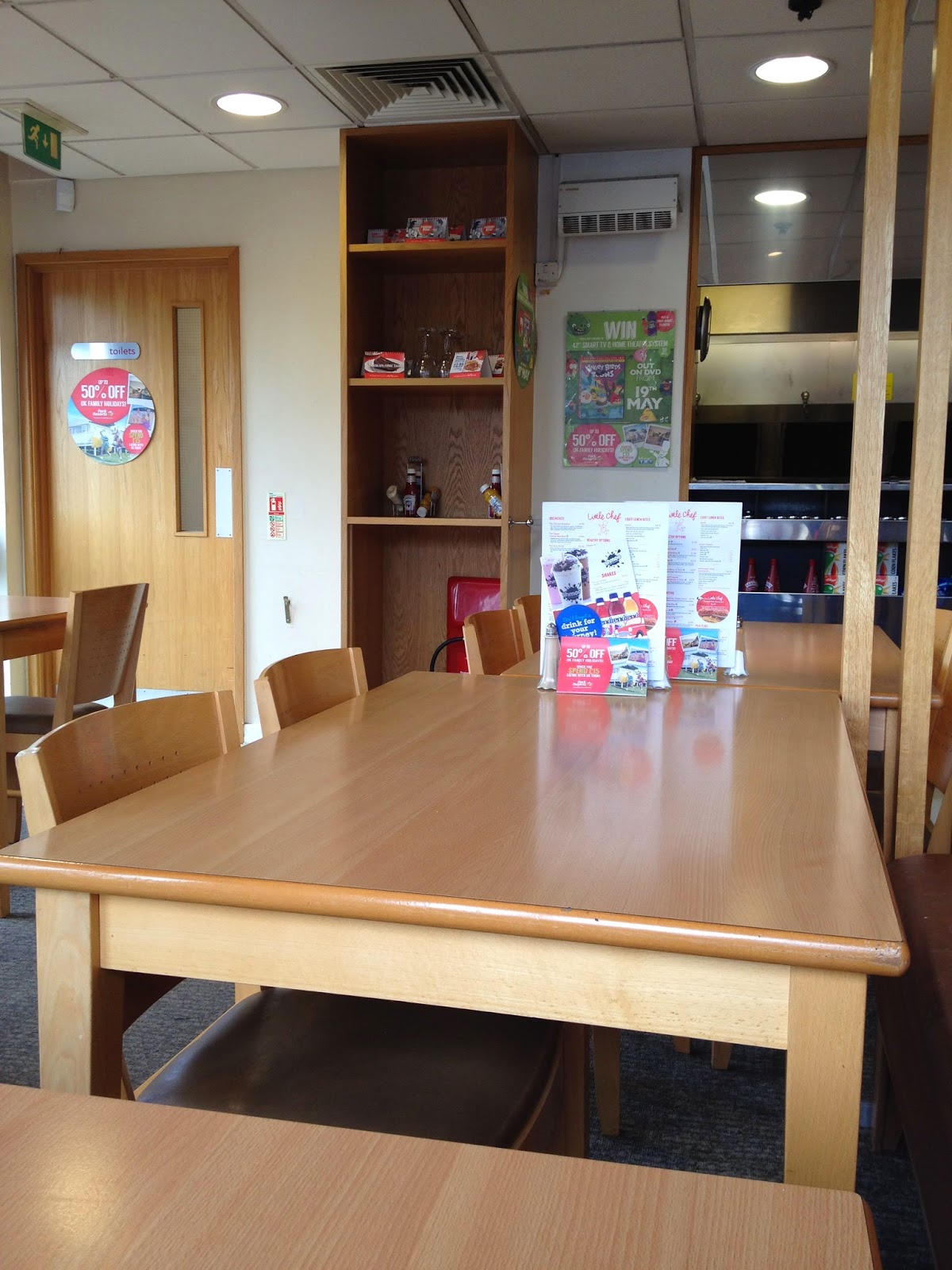 The interior was nice and clean unlike us who were covered in festival mud! 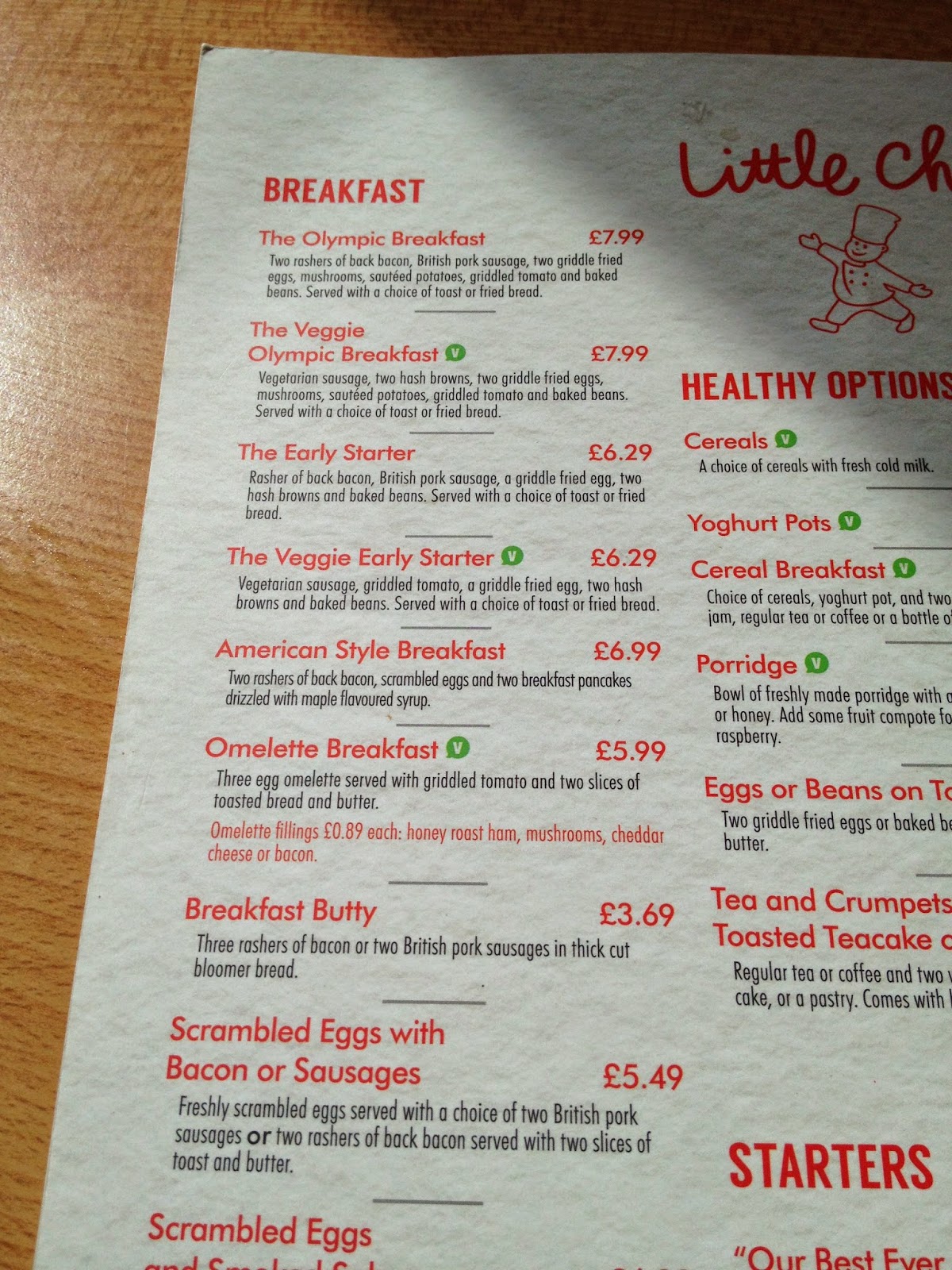 It was going to have to be the olympic breakfast for me. 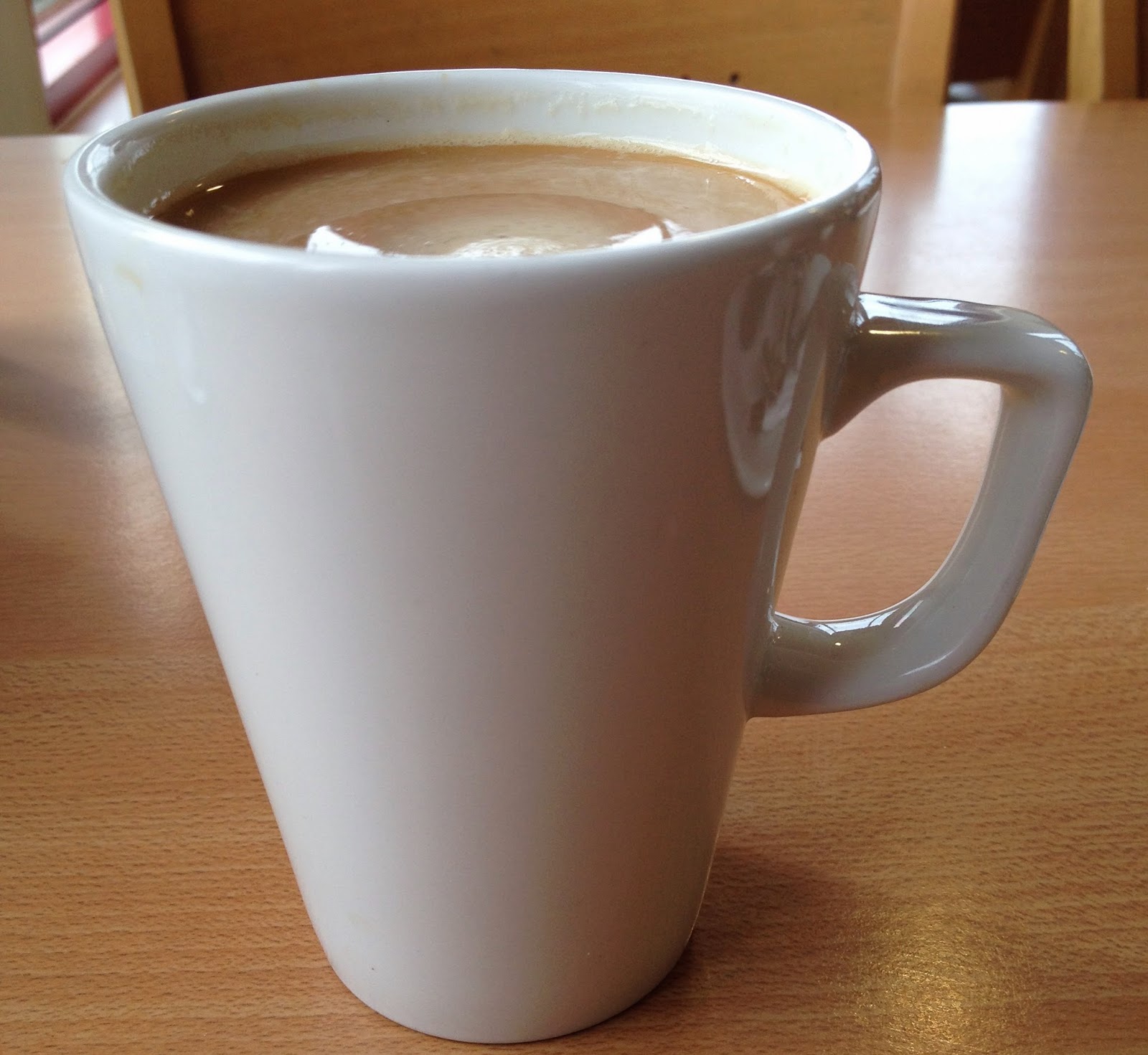 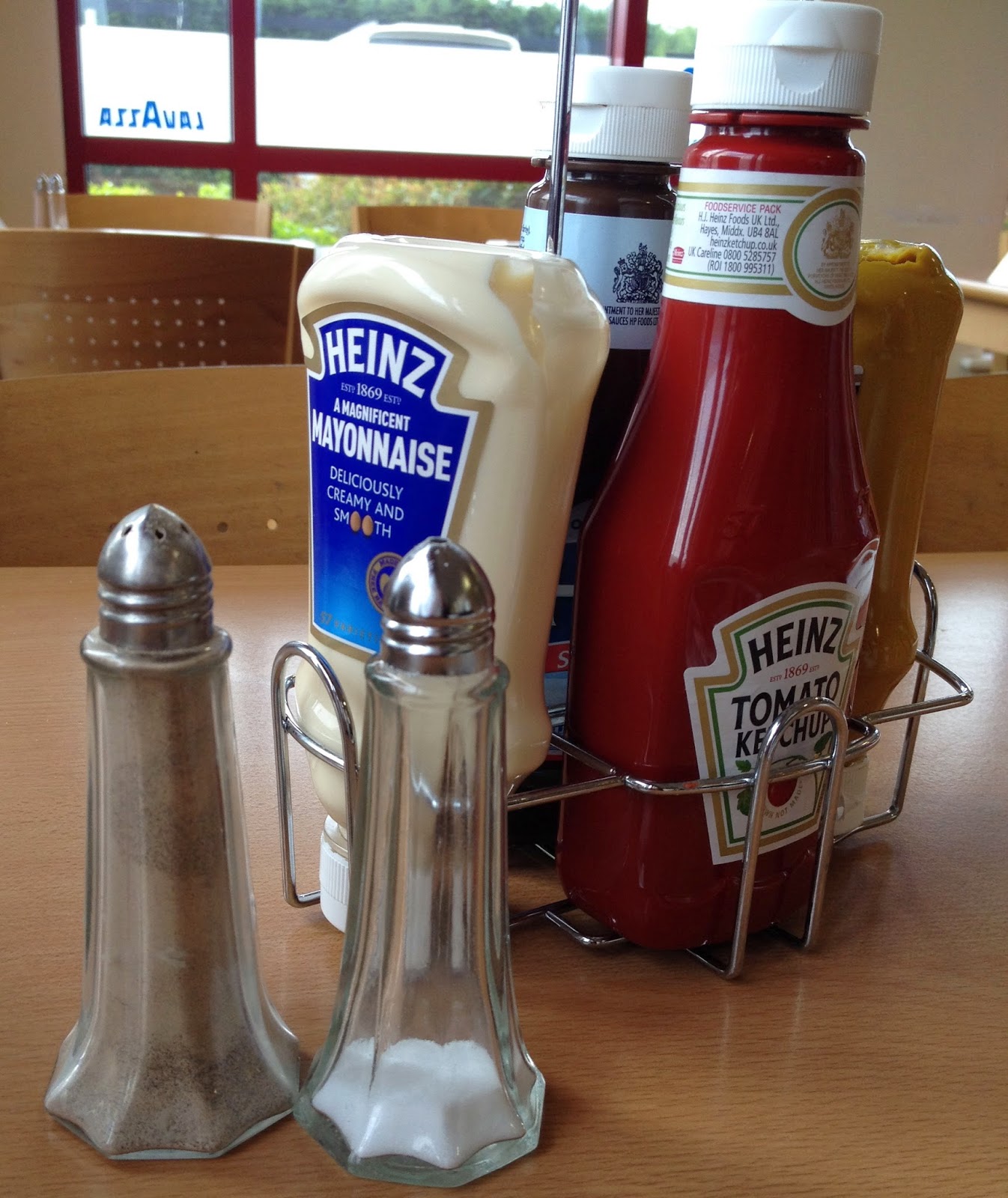 A nice selection of quality sauces arrived just before the food. 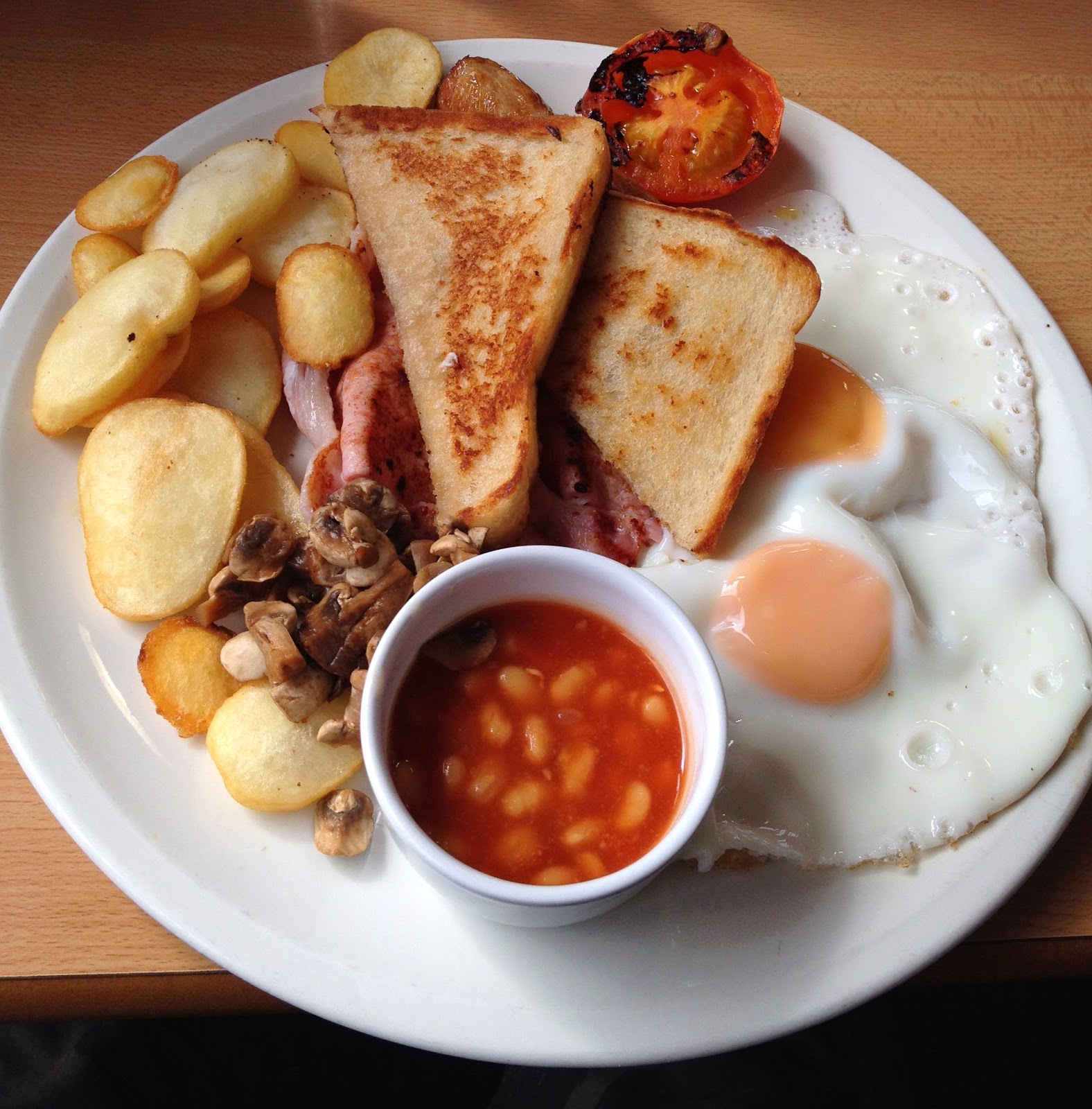 The Olympic breakfast cost £7.99 and was a fairly decent size. 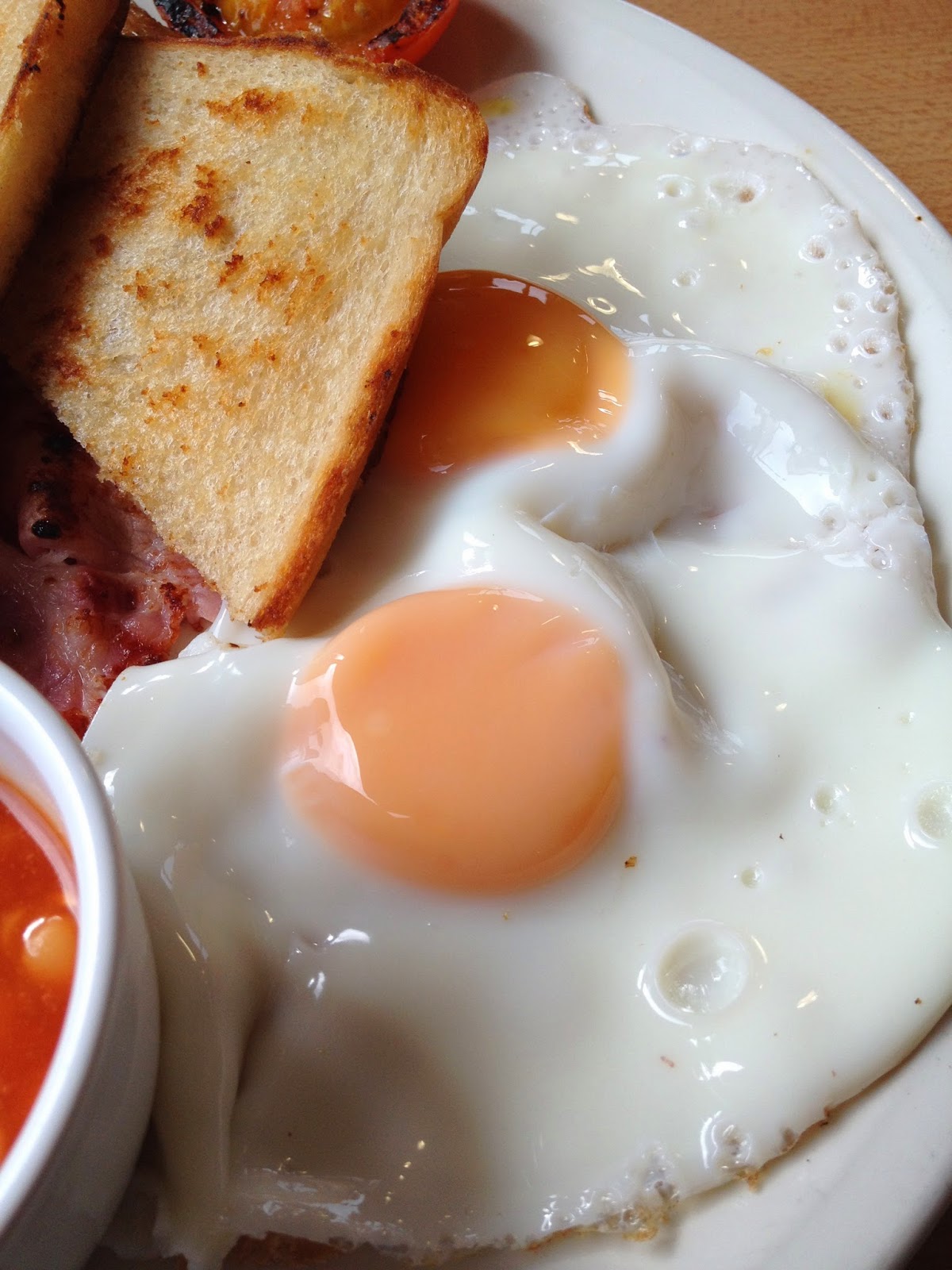 The eggs were as close to perfect as you can get. The potato slices were crisp and golden, there were not many beans in that pot though. 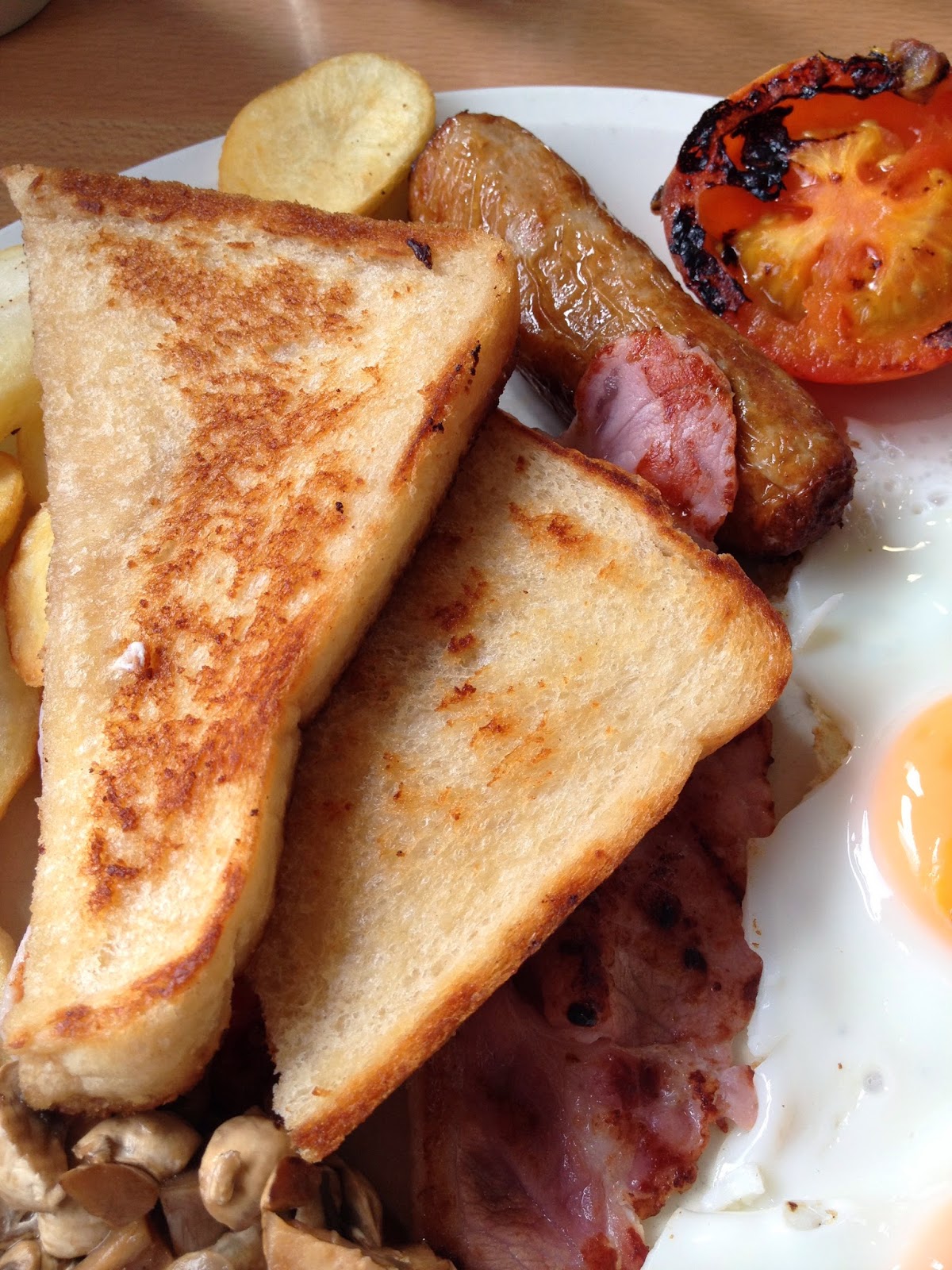 Back in 2012 I had stopped at Chicklade Little Chef on the way back from Beautiful Days Festival, I ate a fairly impressive breakfast there but sadly it has now closed down. My wife and I were now travelling back from Bearded Theory Festival, we had got stuck in some mud getting off the festival site so were fairly muddy ourselves. I had decided to stop at this Little Chef a few days before as I spotted it on the way to the festival. We pulled into the car park, stamped our wellies hoping to shift some of the mud and headed inside..

Upon entering - A fairly large dining area looking out onto the car park outside, the counter and kitchen are located at the back looking out onto the dining area. Menu's are found on the tables and sauces arrive once you have placed your order. Take a seat, wait for your order to be taken and pay on your way out. It was certainly a nice enough place to take a break from driving and enjoy a breakfast. 7/10

Service - Although the service here was friendly and efficient the upselling was evident and became a bit annoying by the end. We first ordered the hot drinks and was offered orange juice, shortly after that the waitress returned to take our food order. I went for the Olympic breakfast but turned down the offer of upgrading with an extra of black pudding. My wife chose the veggie breakfast and accepted the upgrade of extra mushrooms. The drinks arrived first followed by a selection of sauces and finally the food. During the meal the waitress returned to ask if everything was ok, before leaving she tried selling us more hot drinks, we declined the offer. At the end we paid on the way out, lots of the bills lined up ready had lollipops on them, we were not offered one though.. I was delighted that they were happy for us to be there covered in mud but soon became quite tired of the constant upselling, I hadn't encountered this at Chicklade. 4/10

Presentation - The fried bread was blocking some of the breakfast when it arrived but there was no doubt about it, those eggs looked amazing! The sauteed potatoes were looking nice but the tomato and mushrooms were looking a bit sorry for themselves. 6/10

The food - The sausage was very soft and spongy but just above economy status so was mildly enjoyable, the bacon was cooked quite nicely and seemed fairly average. The sauteed potatoes were excellent with a nice crisp outer edge. The best part of the breakfast was the pair of perfectly fried eggs, I ate them on top of the lightly fried bread and let the nice runny yolk soak in to it. The tomato tasted of virtually nothing so after one small taste I left it. The beans were ok and the mushrooms cut into really small pieces were average. 6/10

Value for money - £10.38 for an olympic breakfast with a coffee seemed quite steep to me, slightly better value for money could be found a few miles away at The Chill Out Restaurant. 4/10

Overall - Not a bad breakfast but I have certainly eaten much better ones and seem to recall enjoying the breakfast at Chicklade Little Chef much more. We were made to feel welcome despite being covered in mud but the upselling here was very evident and a tad annoying. 5.5/10 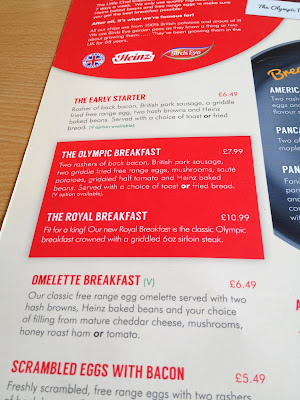 Exactly one year since my last visit and we find ourselves stopping off here once again on the way home from Bearded Theory Festival. Not much had changed here except the menu now offered The Royal Breakfast, I didn't fanct eating steak though so ordered the Olympic breakfast with extra black pudding. 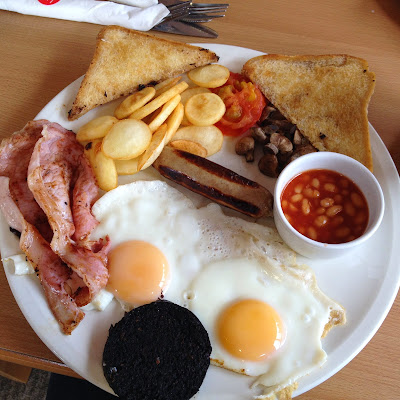 It was certainly a decent size and once again the eggs looked really good. 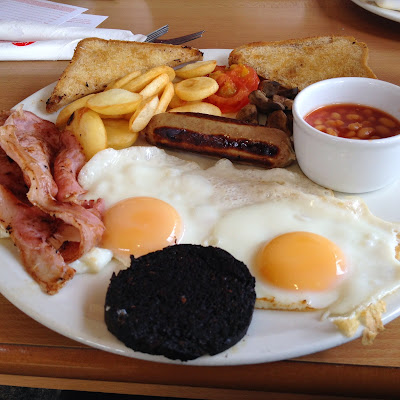 Certainly a much needed breakfast and I managed to finish it. I was still unimpressed with the sausage and the tomatoes looked really slushy, they did at least have plenty of flavour though. 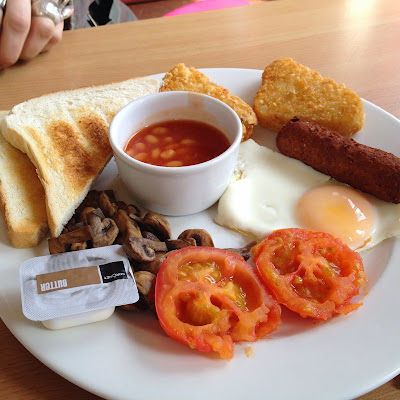 My wife's vegetarian early starter with extra mushrooms, she said it was quite nice.