Chill Out Restaurant - Guyhirn (A47) 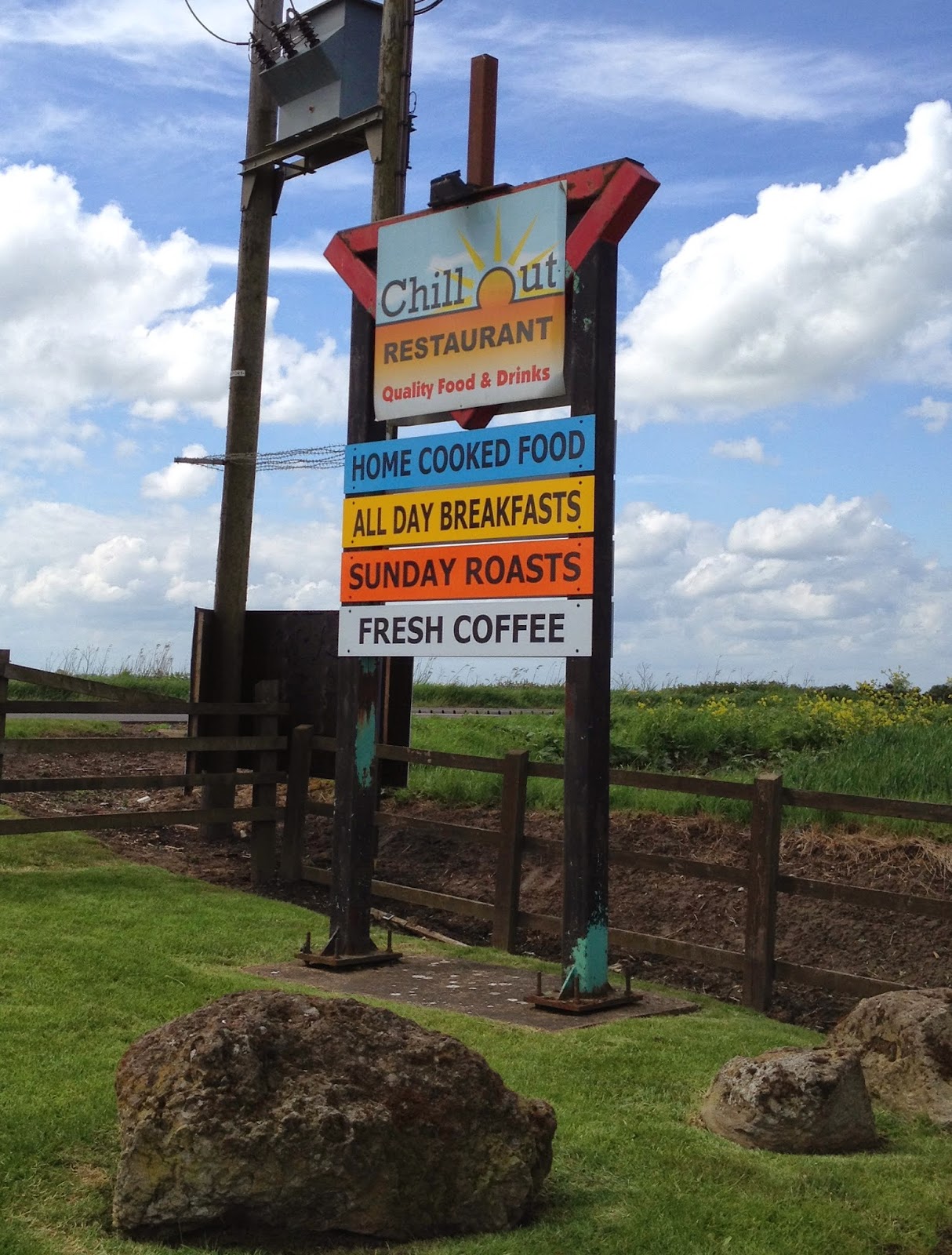 Keep an eye out for the sign on the A47 between Guyhirn and Thorney. 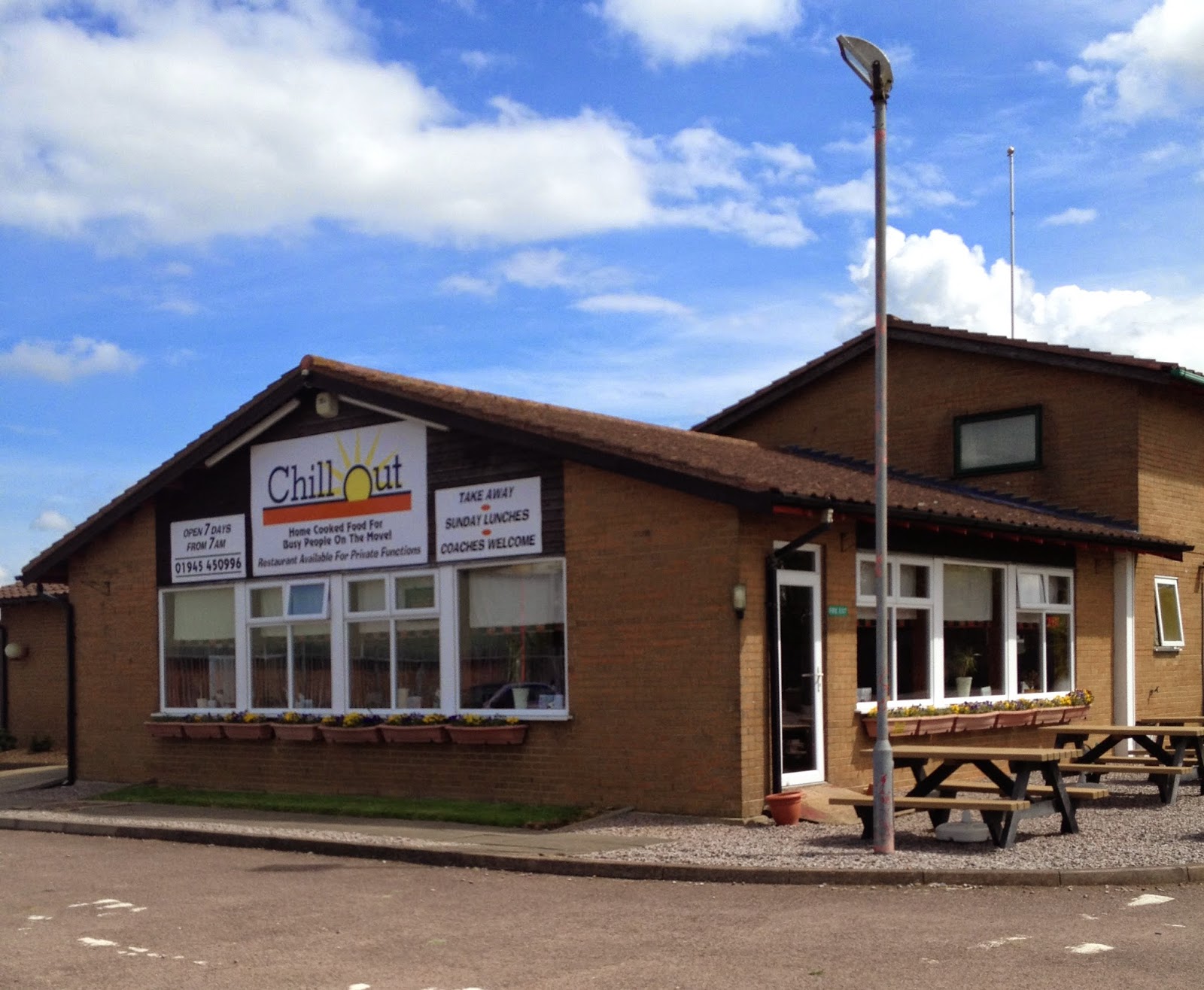 There is plenty of parking space and breakfasts are served all day. 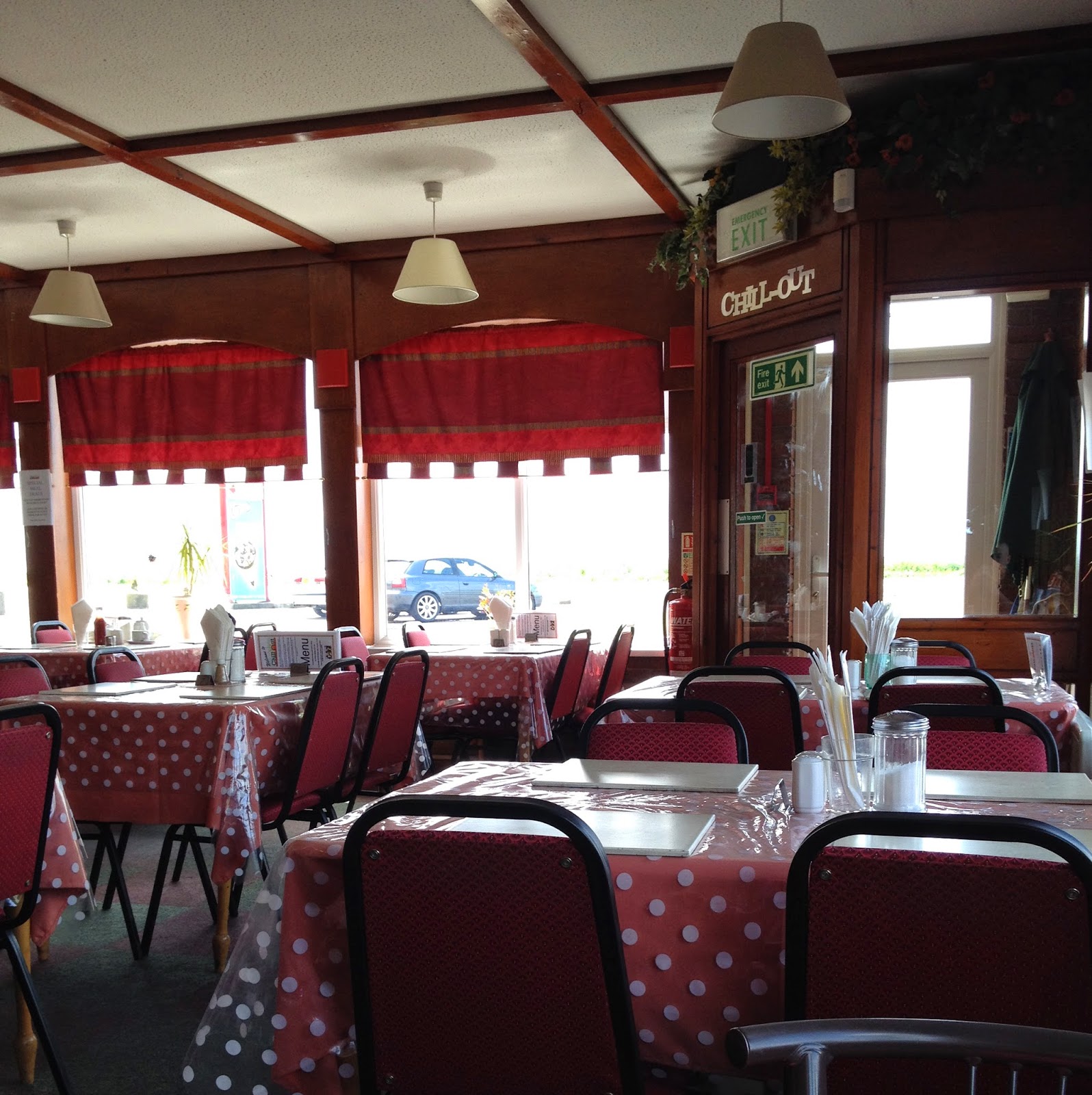 The spacious restaurant has plenty of tables. 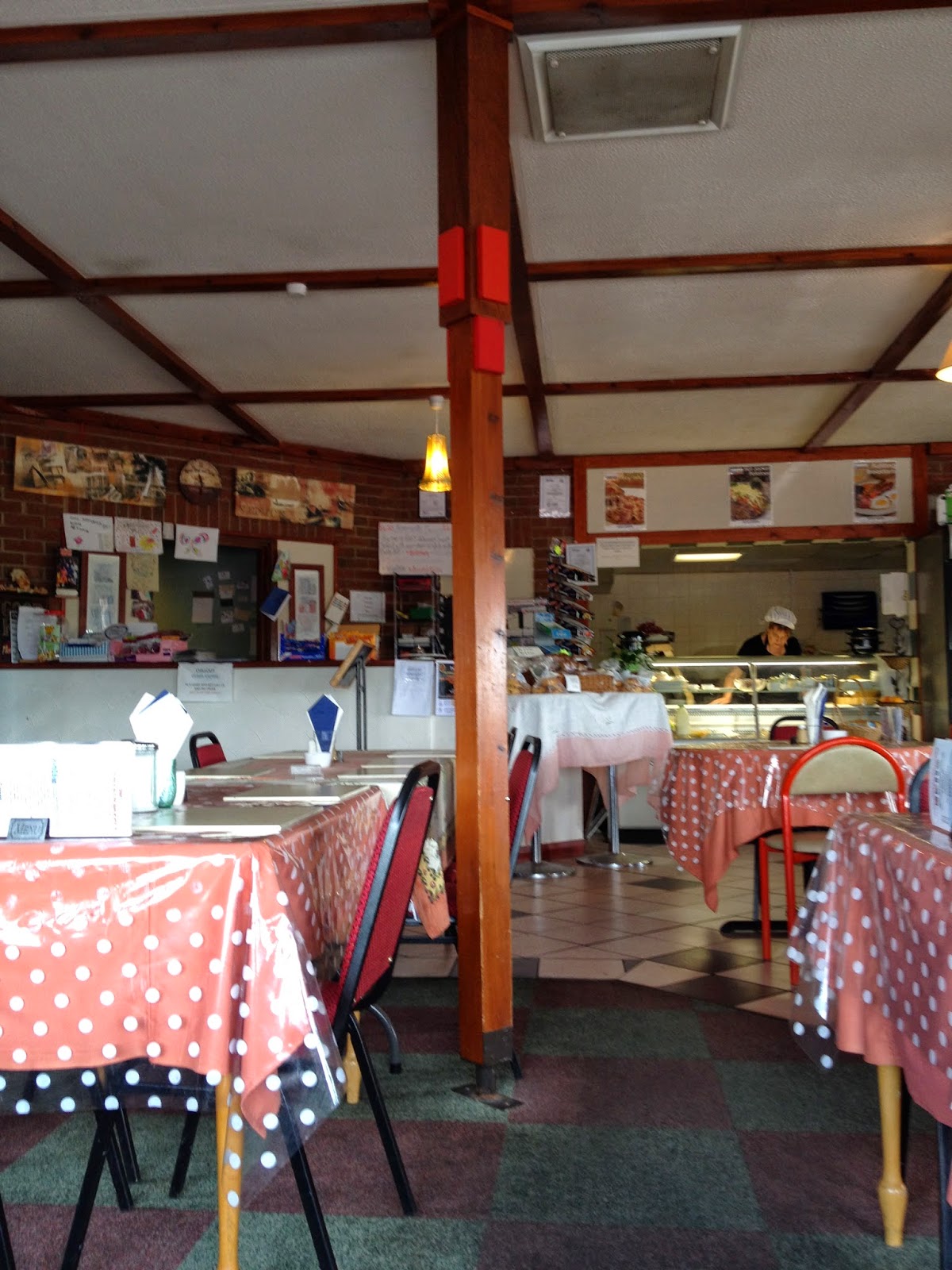 The counter and kitchen look out on to the restaurant. 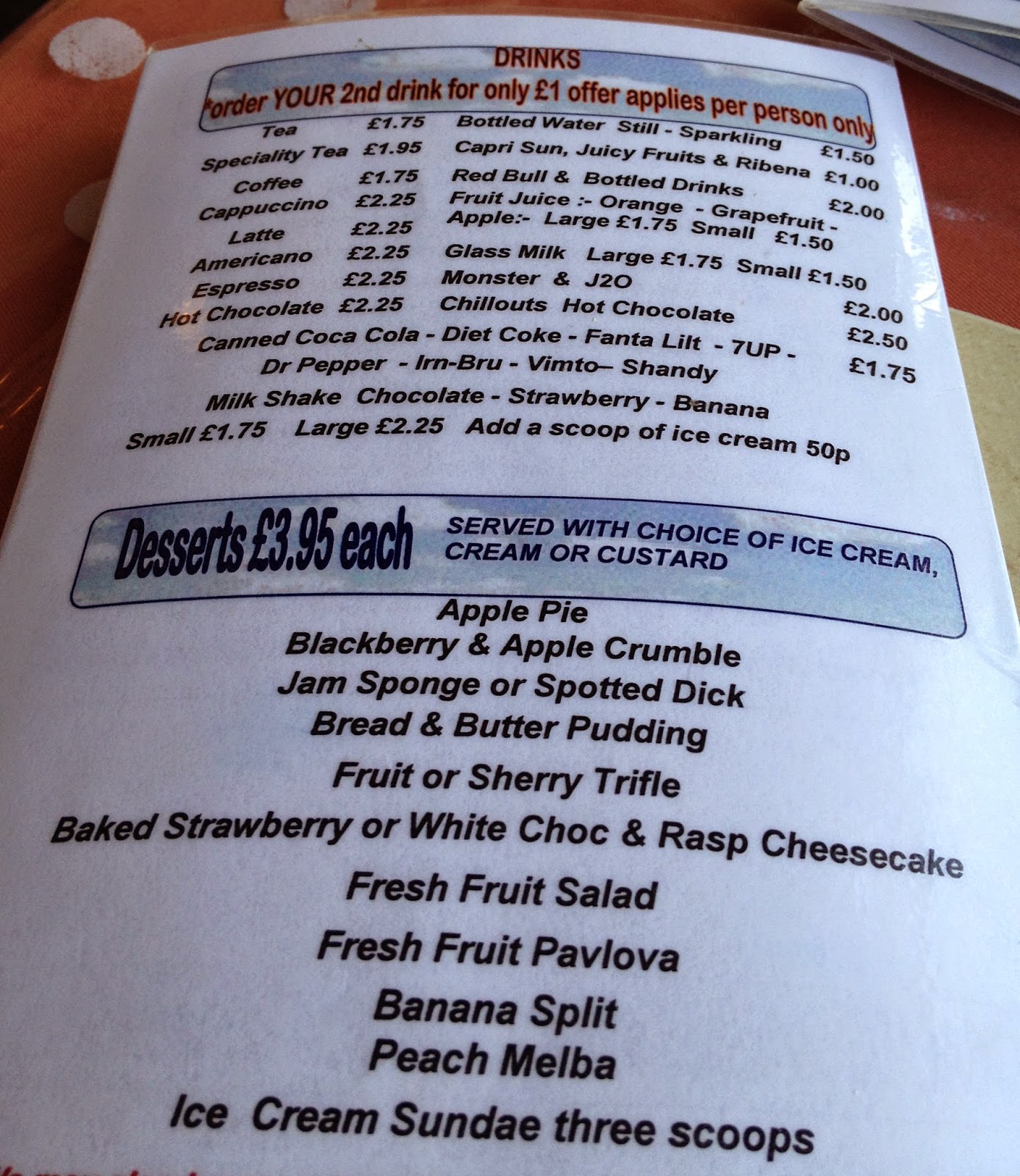 Our drink order was taken first, the dessert menu was very tempting! 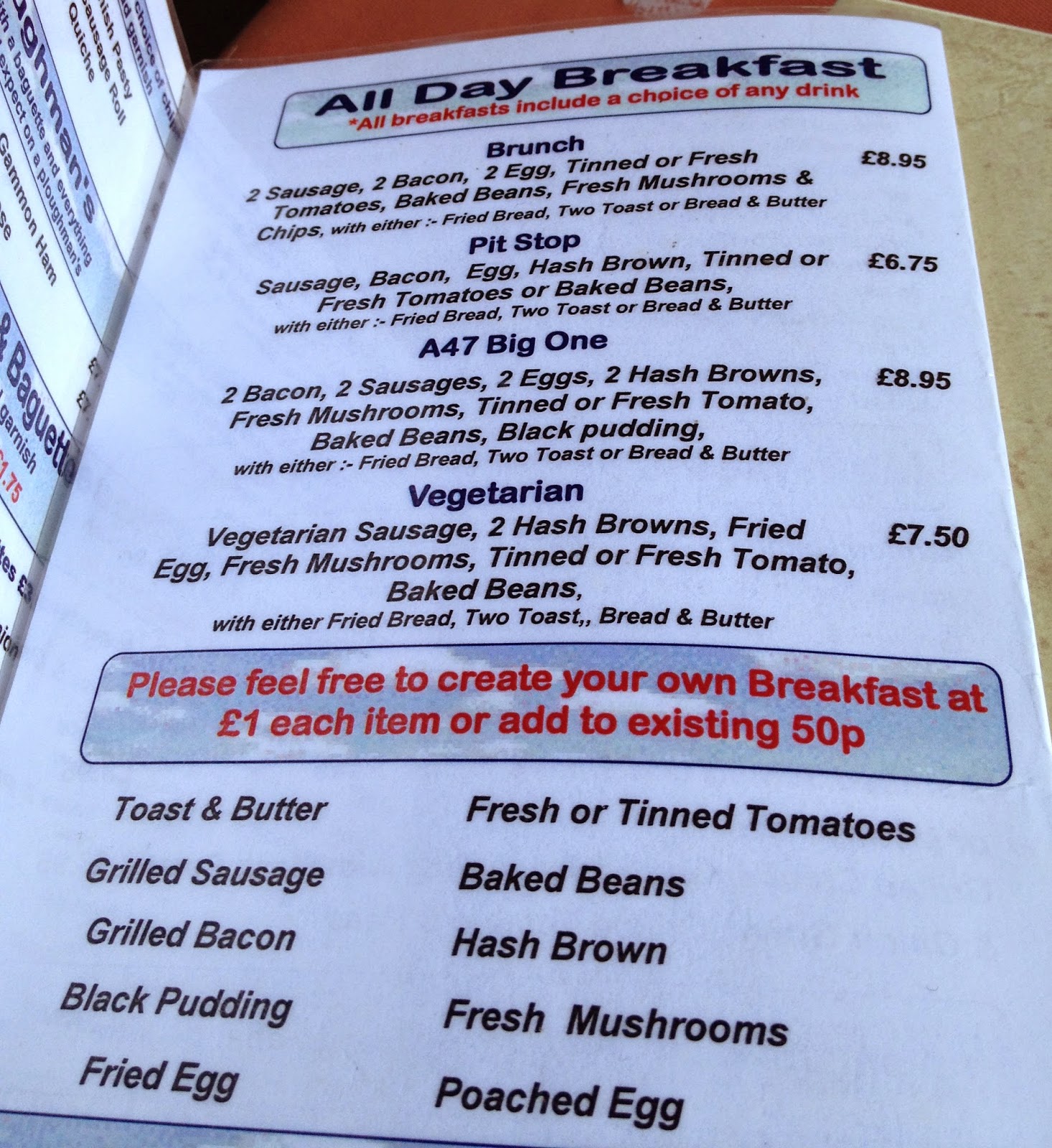 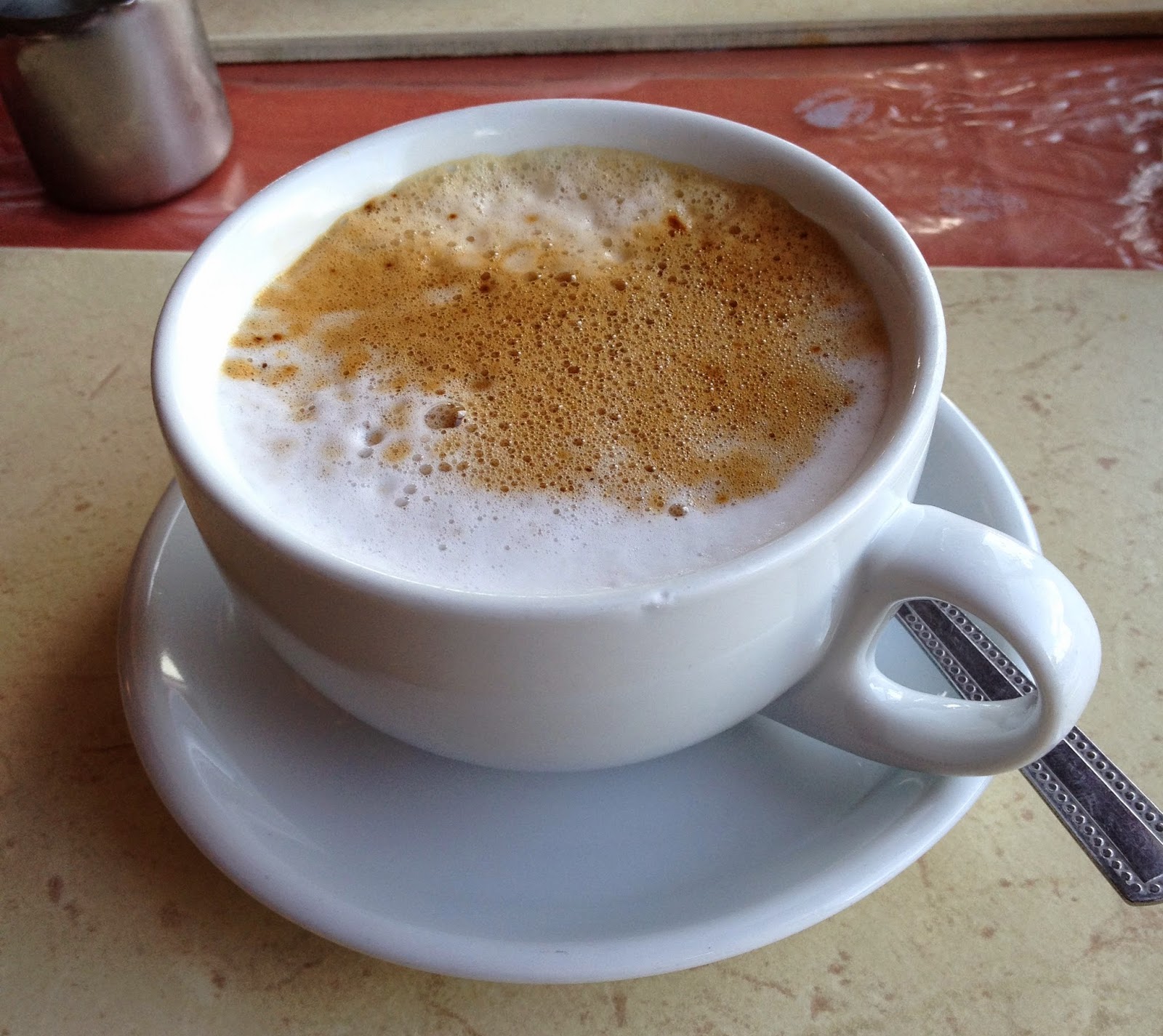 Coffee usually costs £1.75 but as I was ordering breakfast it was included in the price. 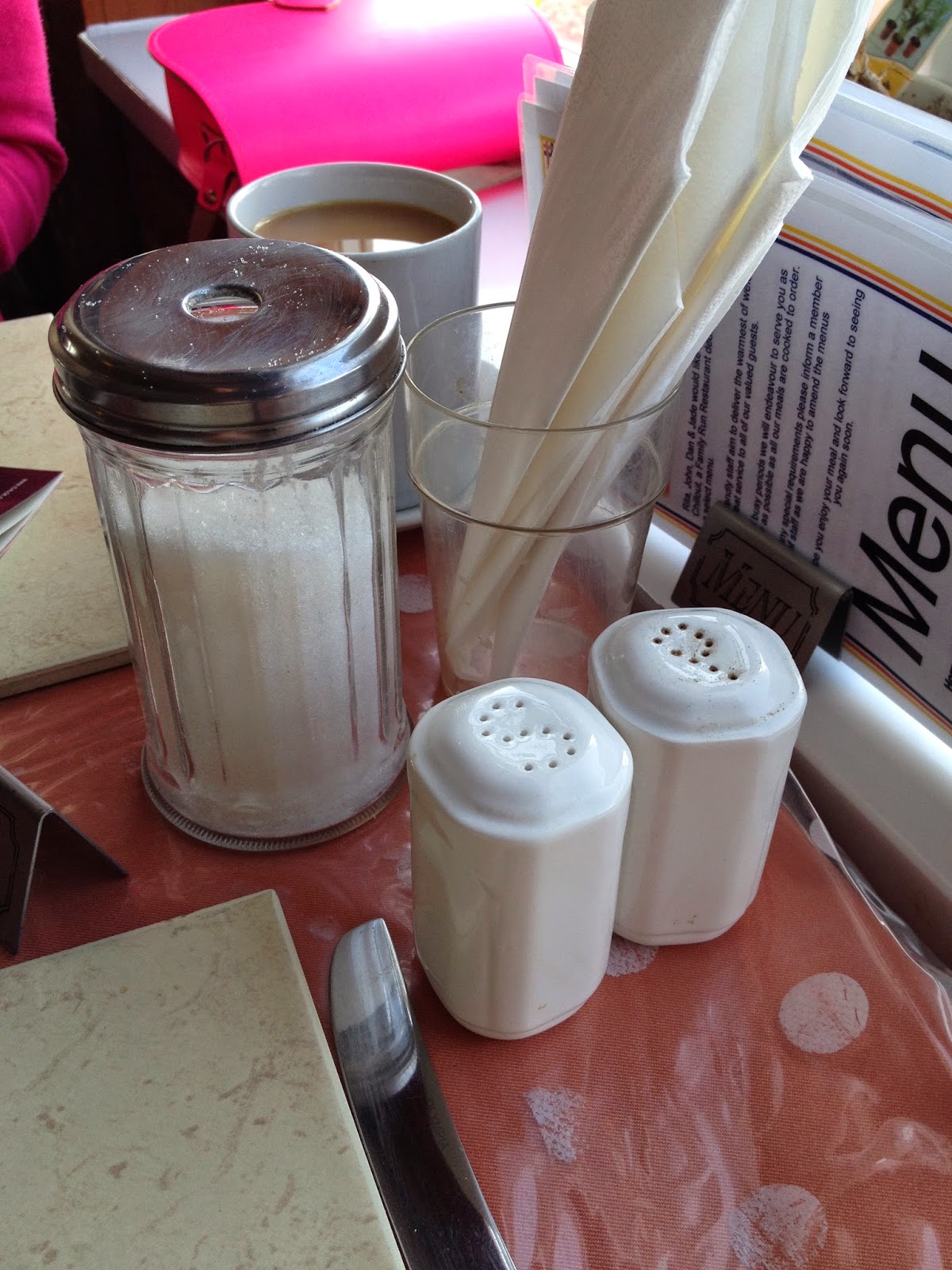 A basic condiment stack but nice to see a sugar pourer and sauces are available upon request. 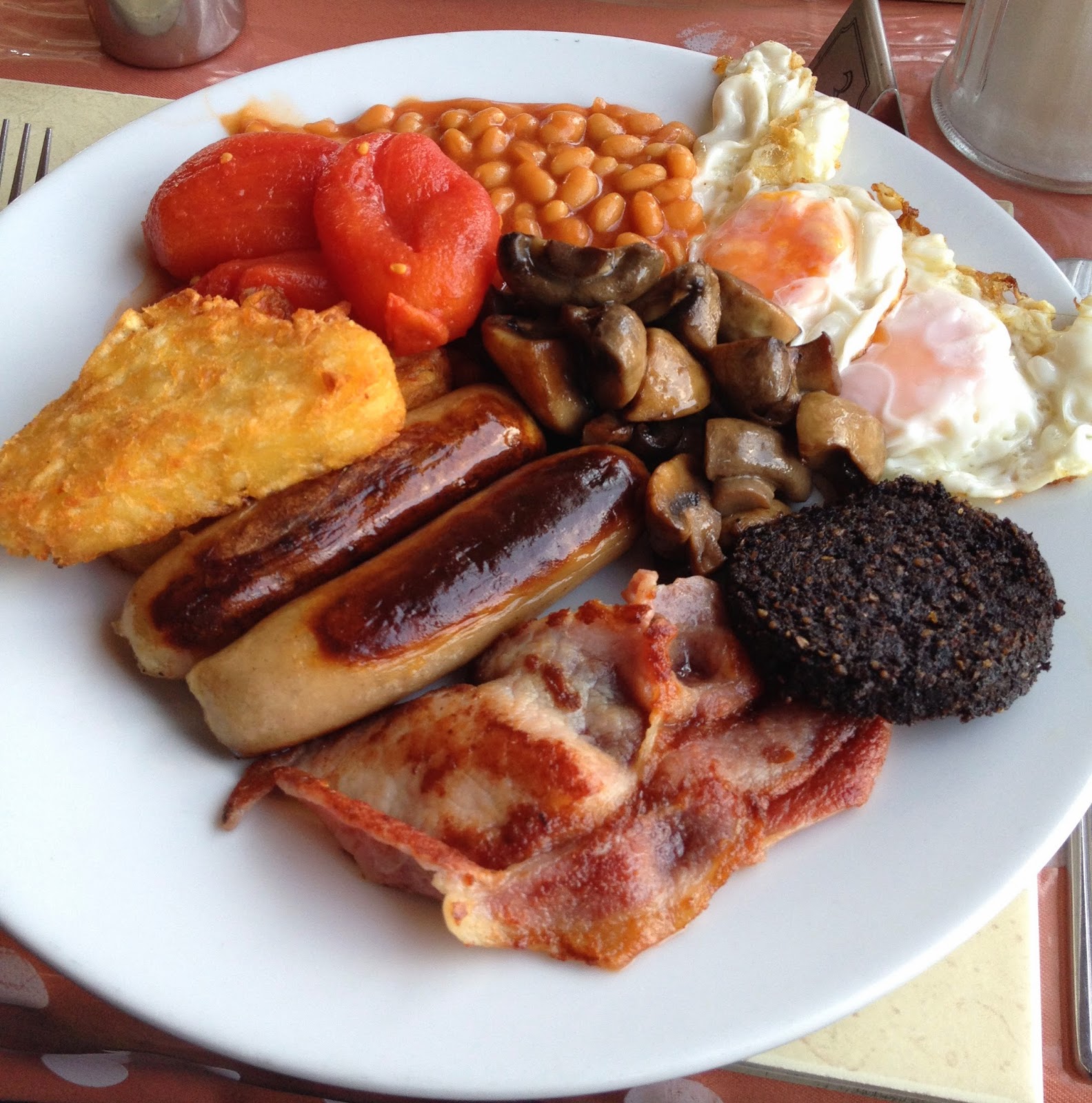 The A47 big one arrived at the table looking very bright and colourful. 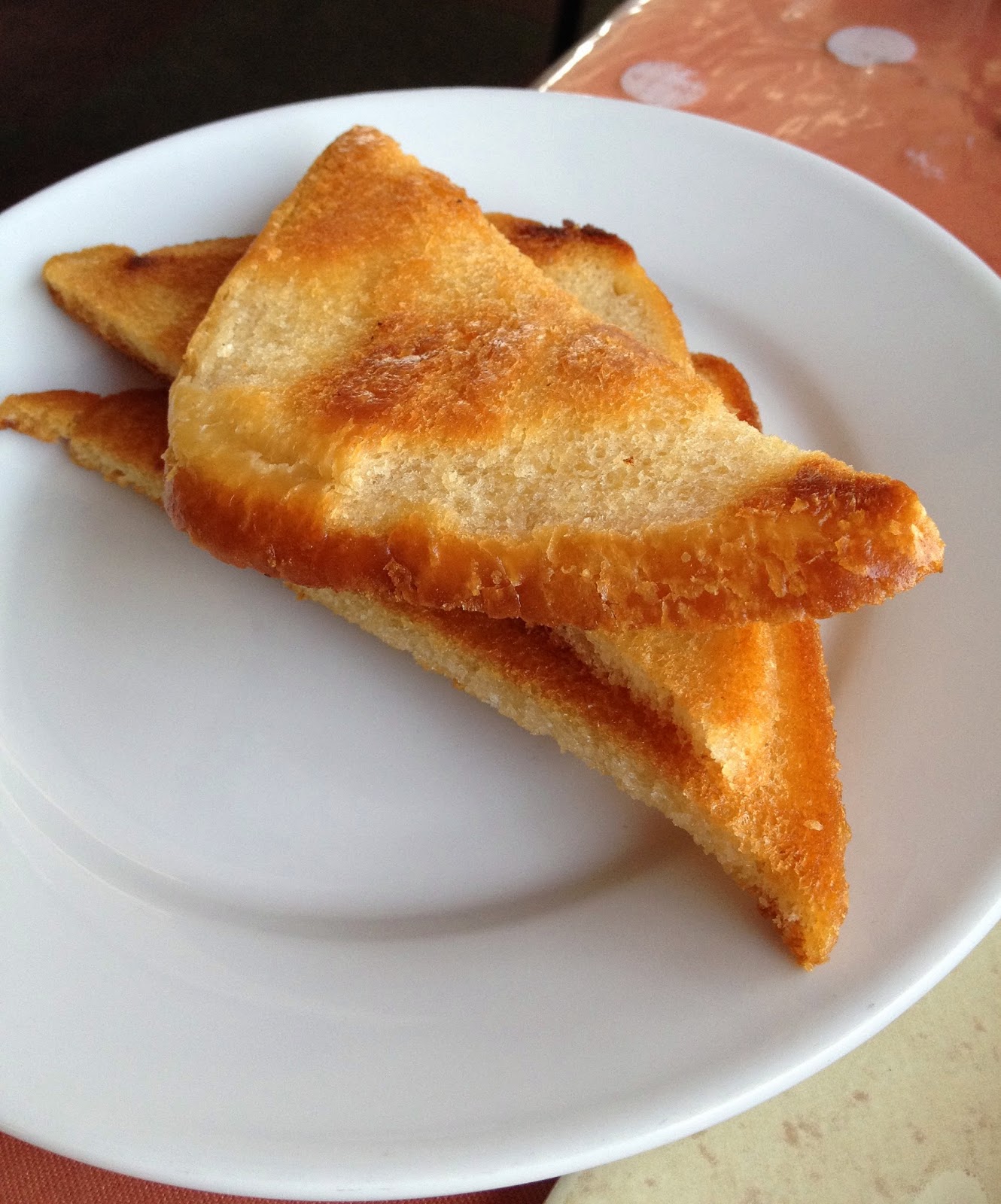 The fried bread was excellent and arrived on a separate plate. 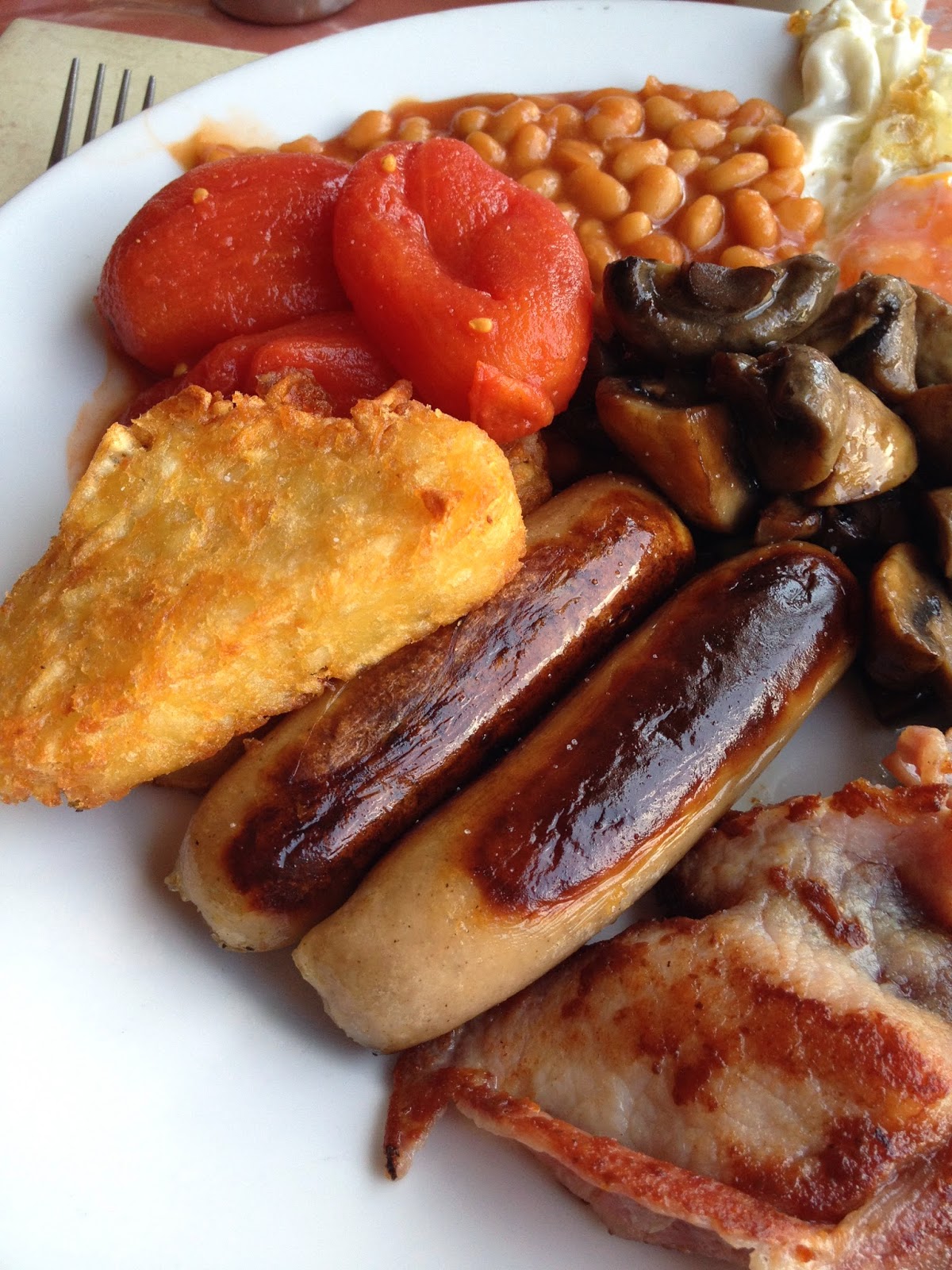 I chose tinned tomatoes, I really like them. The sausages seemed fairly cheap but tasted quite nice. 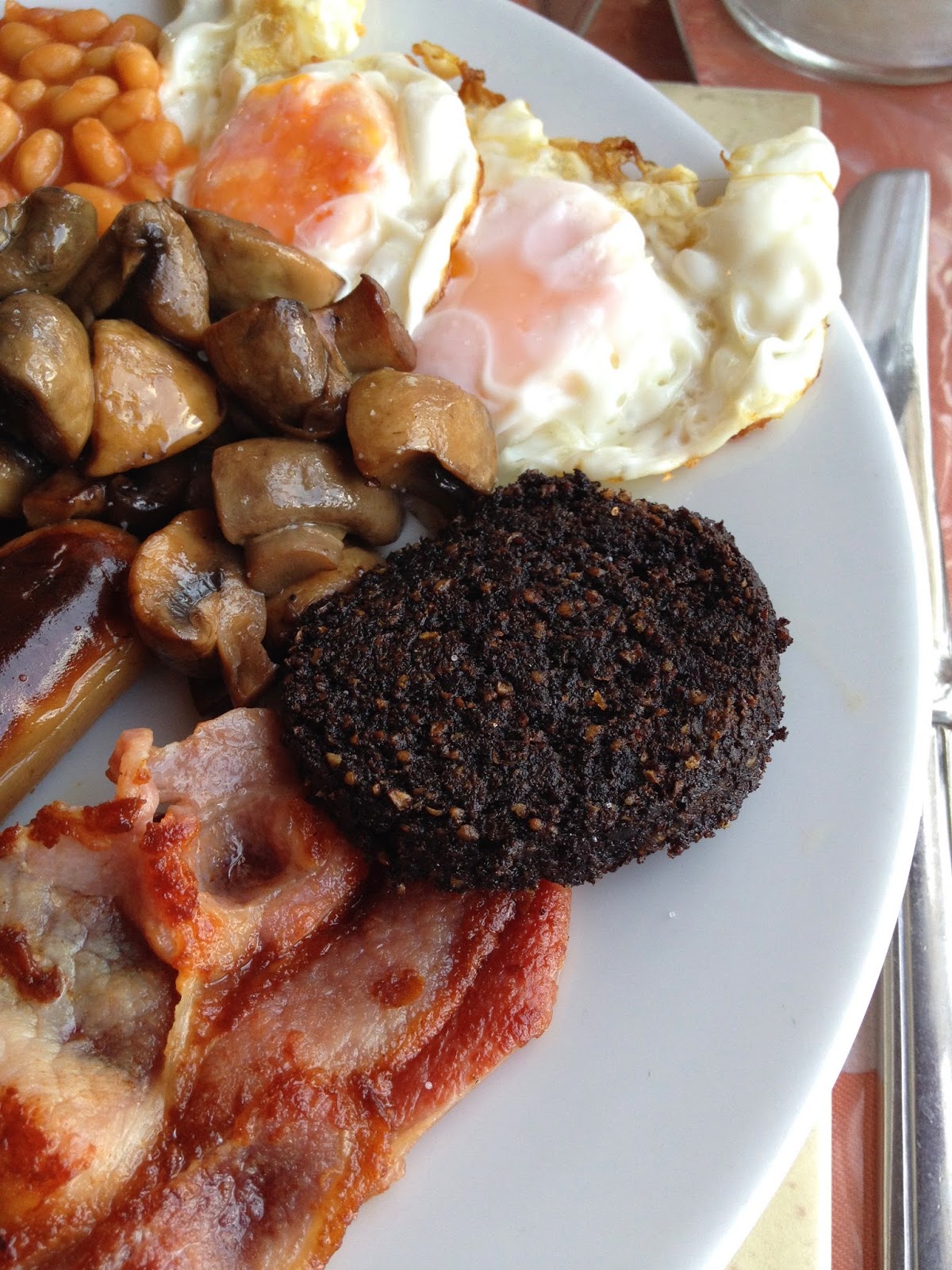 Nice to see some black pudding, those fried eggs looked a bit strange though. 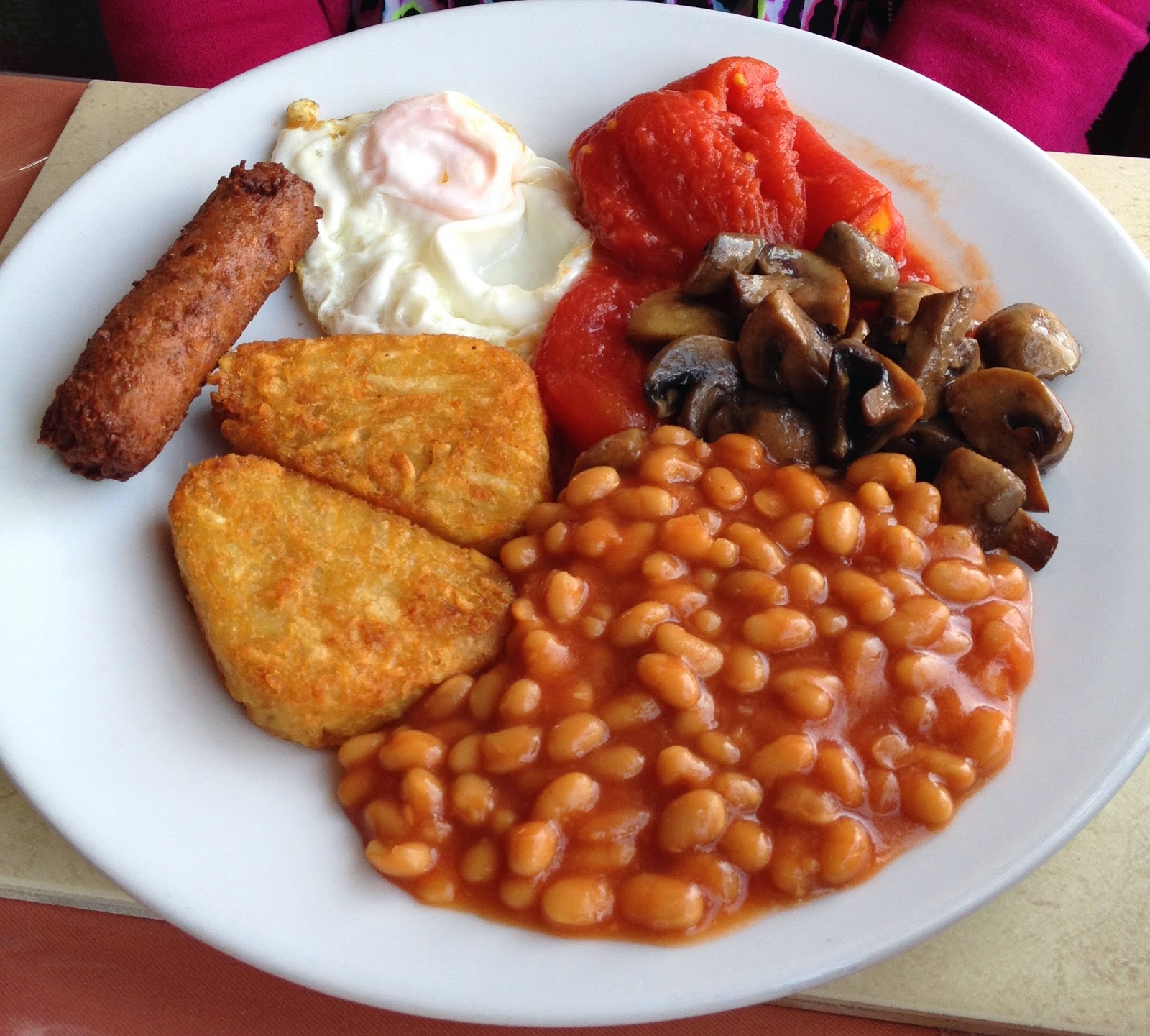 The vegetarian breakfast cost £7.50 and included toast or fried bread.

My wife and I couldn't decide whether to head off to Bearded Theory Festival on Thursday afternoon or Friday morning, heavy rain forecast on Thursday night made our decision for us in the end. Safe in the knowledge we would need breakfast somewhere on the A47 on Friday morning I decided where we would stop before leaving home. Chill Out Restaurant was at the side of the A47 about halfway into our journey and tripadvisor reviews suggested it was worth stopping at. We left Norwich fairly early and headed off on the A47 with the sun shining, we both started to get really hungry but thankfully a sign telling us the Chill Out was just ahead was visible in the distance..

Upon entering - There are plenty of parking spaces as you would expect from a roadside eatery. We started off by trying to enter by the exit but no handle on the door made this impossible, eventually some other customers started pointing to the other side which we assumed must be the entrance. The entrance is indeed around the back and there also some toilets in the lobby before entering the restaurant. The large dining area has plenty of tables, all laid out with placemat, menu, serviettes, sugar, salt and pepper. Take a seat and somebody will be along to take your order, sauces are available on request and you pay on the way out at the counter. It was certainly clean enough inside and although the decor looked a bit dated it was a a nice enough place to eat in with a decent view of the A47. 6/10

Service - The staff team here are friendly and get the job done nicely so you can be on your way again without any fuss. As we entered our drinks order was taken and we were given time to look over the menu. When the drinks arrived we placed our food order and was given tomato and toast/fried bread options. There was a hive of activity in the kitchen and before long our breakfasts arrived followed by the toast and fried bread. We were offered sauces and asked if everything was ok a bit later. We paid at the counter on our way out and was given a mint for the journey. 8/10

Presentation - The colourful selection of breakfast items was placed quite nicely onto the plate but anyone that breaks into a sweat if the eggs and beans are touching would have been sweating buckets. This is not something that bothers me luckily although the look of the eggs were causing some concern, not the prettiest fried eggs I had ever seen. 6/10

The food - The sausages were no award winners but were at least fairly enjoyable with a relatively firm texture, they reminded me a bit of a Richmond sausage. The bacon was tasty enough and nicely browned and the black pudding was fairly dry with average flavour. Although a tad unsightly the eggs tasted ok but one of the yolks had set firm, I ate the eggs with the star of the show which was the excellent fried bread, golden and crispy but not drenched in oil. Juicy but intact tinned tomatoes were enjoyable as were the the crispy hash browns, the beans were fairly standard. Not amazing but certainly an enjoyable enough breakfast that kept me going till late afternoon. 7/10

Value for money - Roadside eateries are generally expensive so £8.95 for the A47 big one which included a hot drink seemed about average. 5/10


Overall - Trying to find a decent fry up roadside can be quite difficult but this place seemed fairly good. A clean and spacious place to dine with good service and a fairly nice breakfast. The fried bread was excellent and the fresh/tinned tomato option was a nice touch. If you are heading out on the A47 towards Peterborough then it is certainly worth considering.7/10