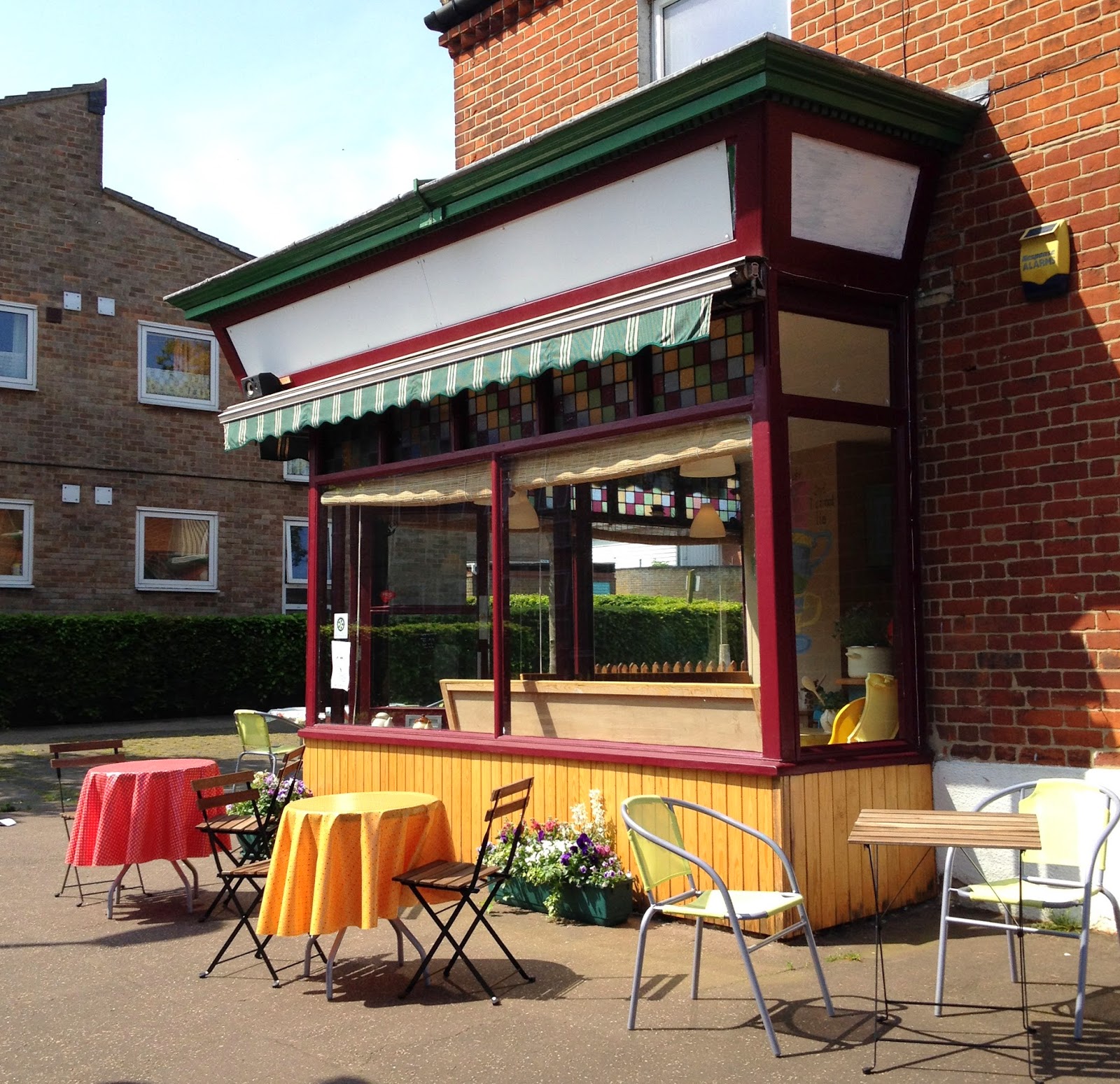 The Muddy Cup had recently opened in Distillery Square. 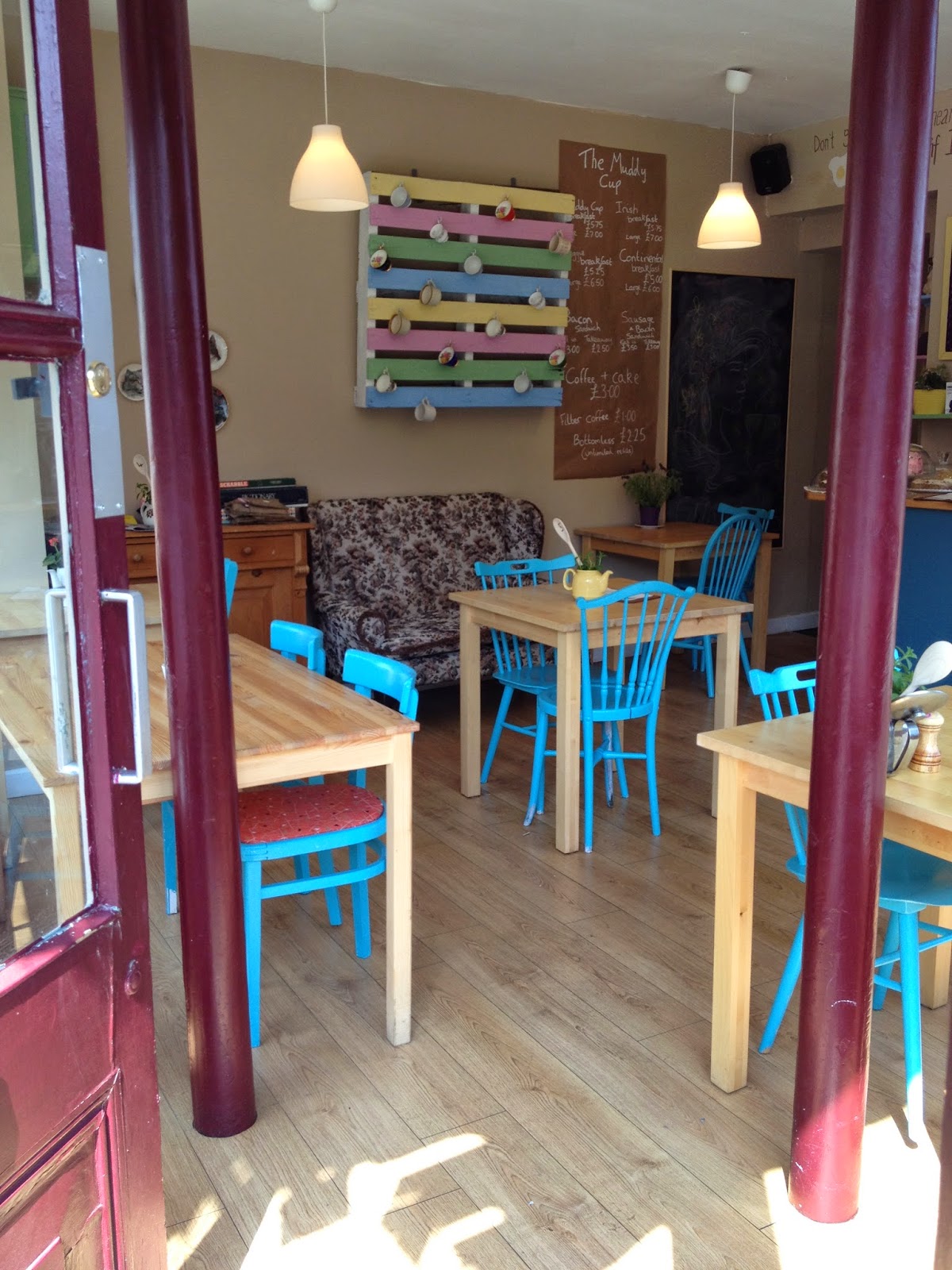 Inside had quite a traditional/kitsch look. 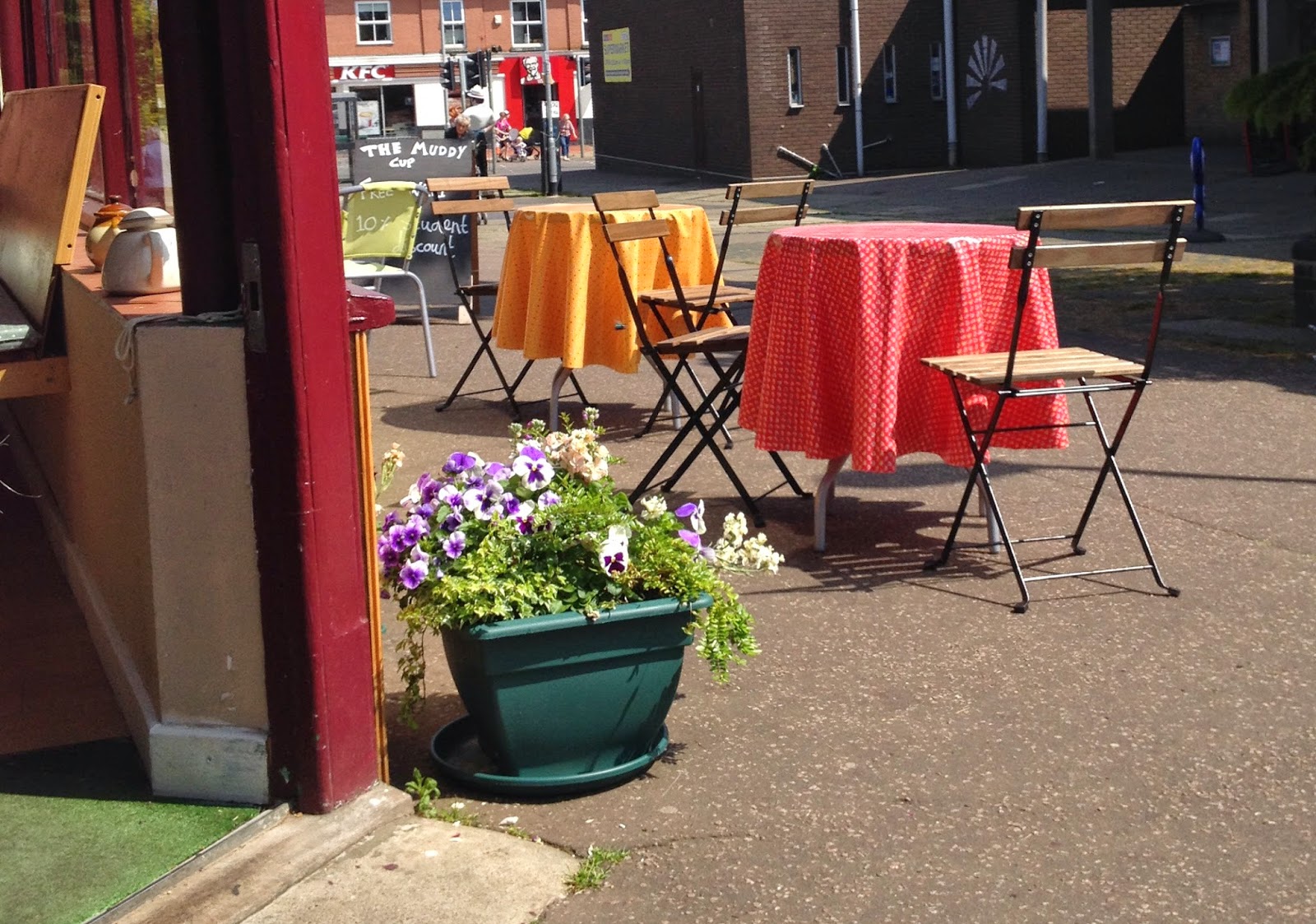 On a day like this though we couldn't resist sitting outside in the sunshine. 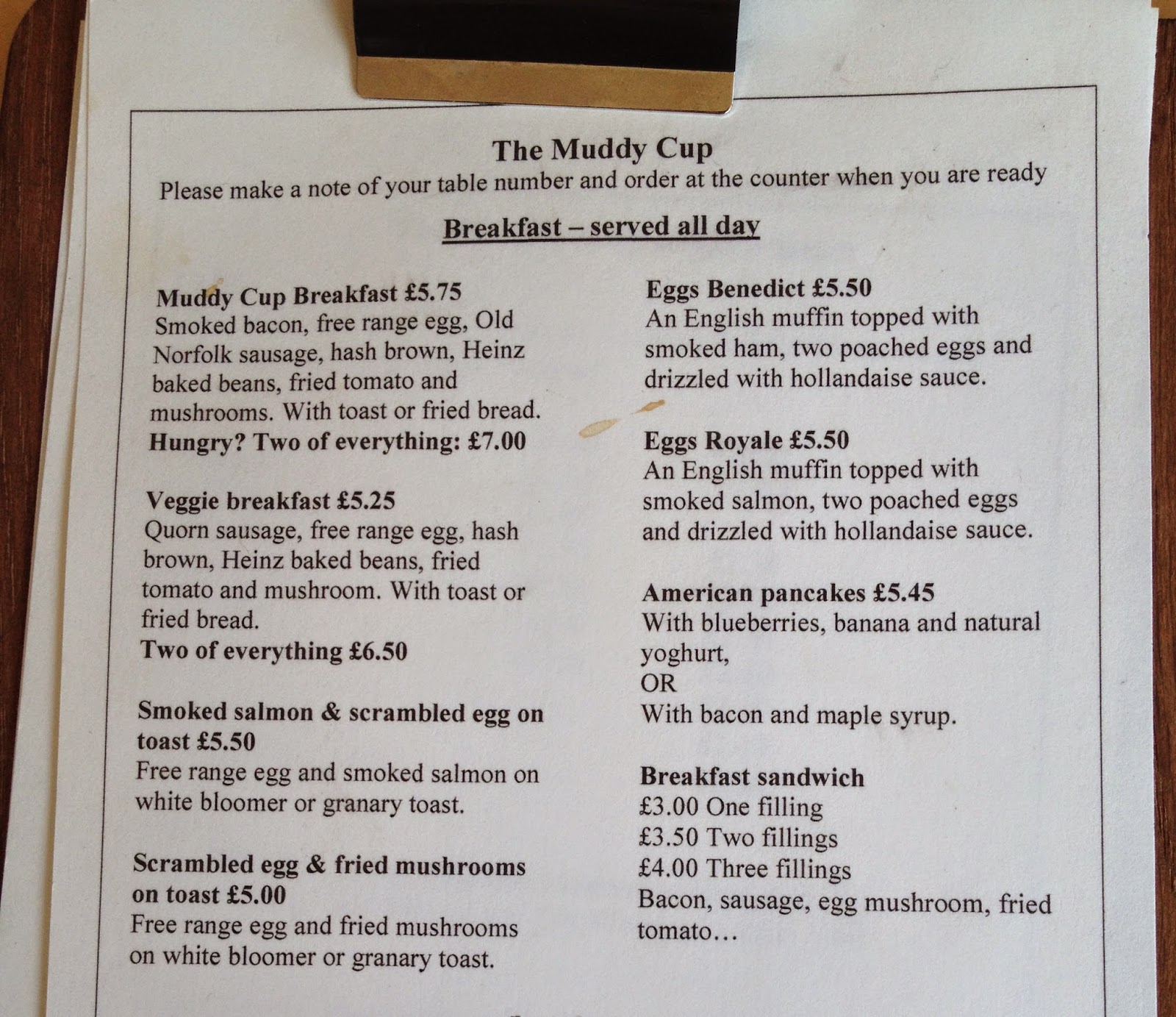 The menu offered a good selection of breakfast options, I was hungry so went for the Muddy Cup breakfast with two of everything for £7. 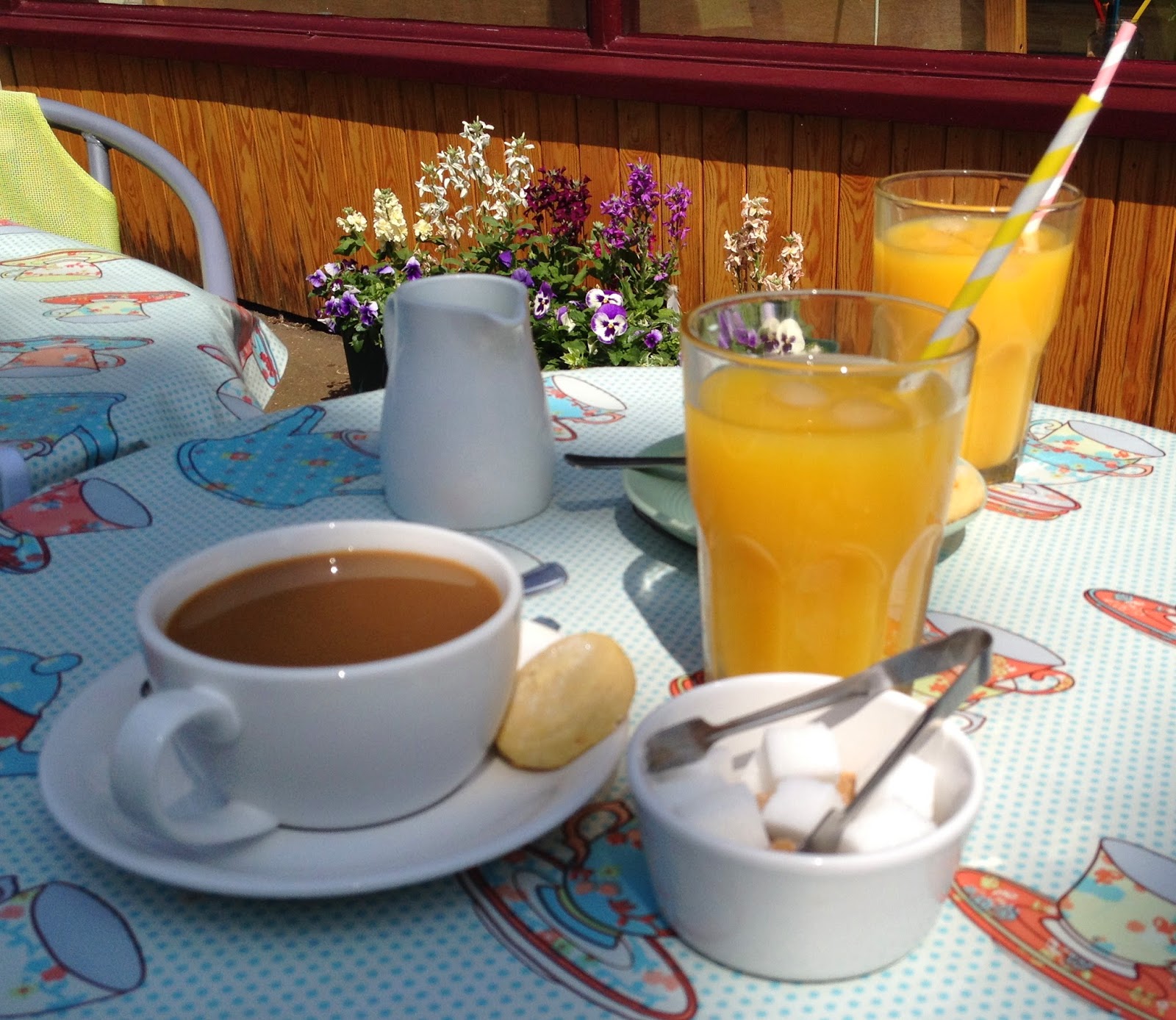 First the drinks arrived, the stripey paper straws in the orange juice was a nice touch! 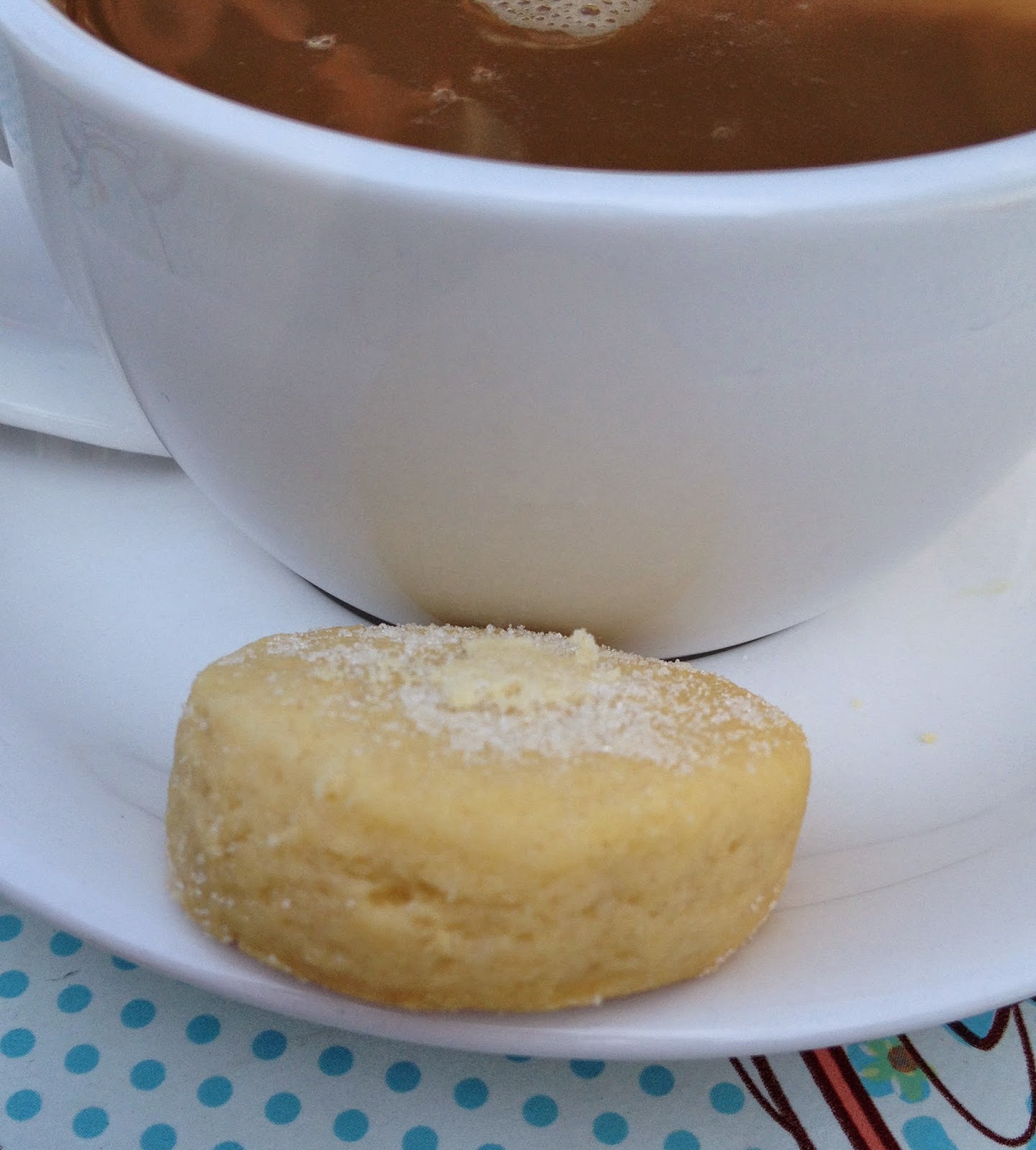 Another nice touch was the tasty little biscuit that came with the filter coffee. 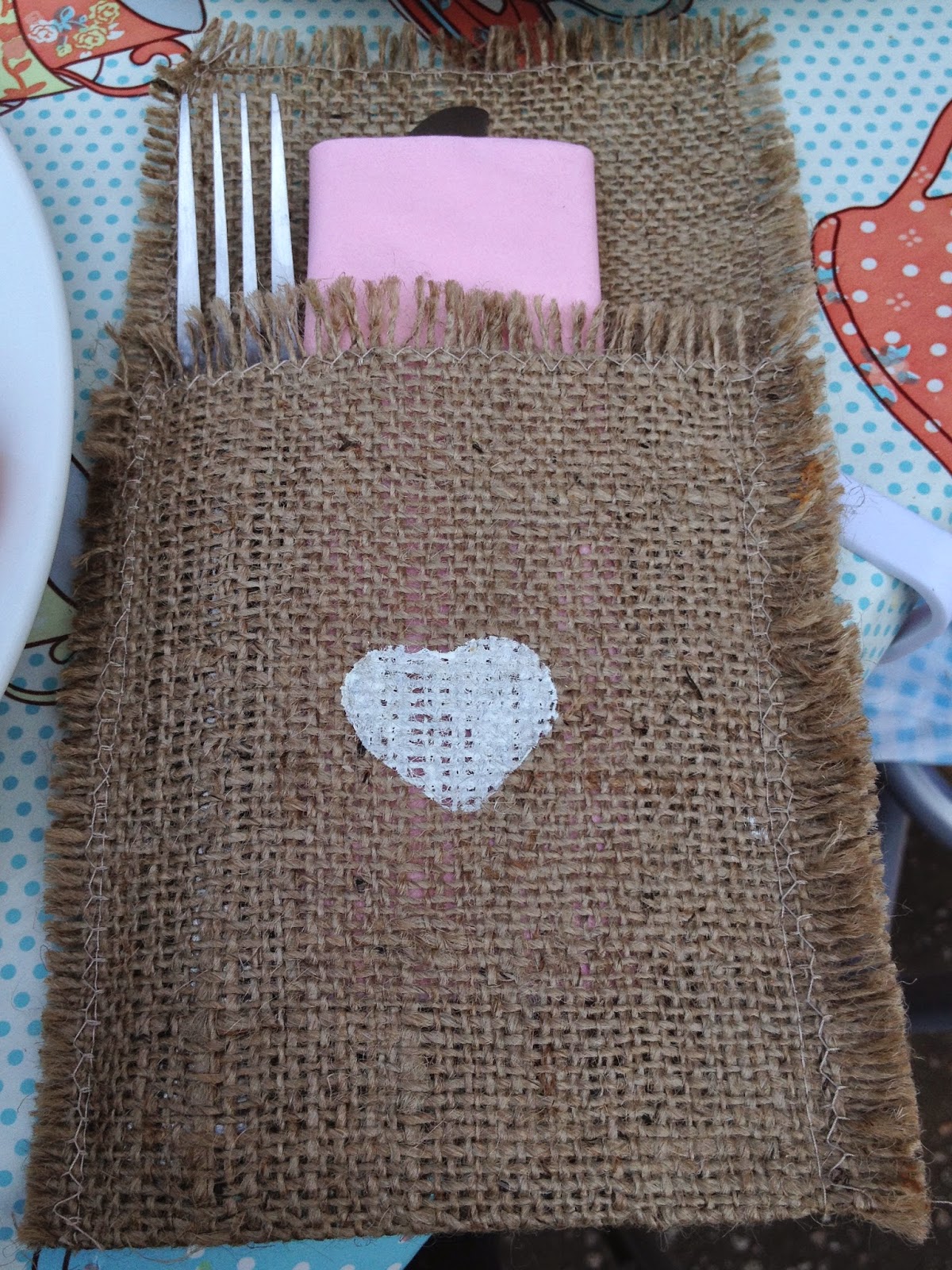 The cutlery arrived in a hessian pouch complete with serviette. 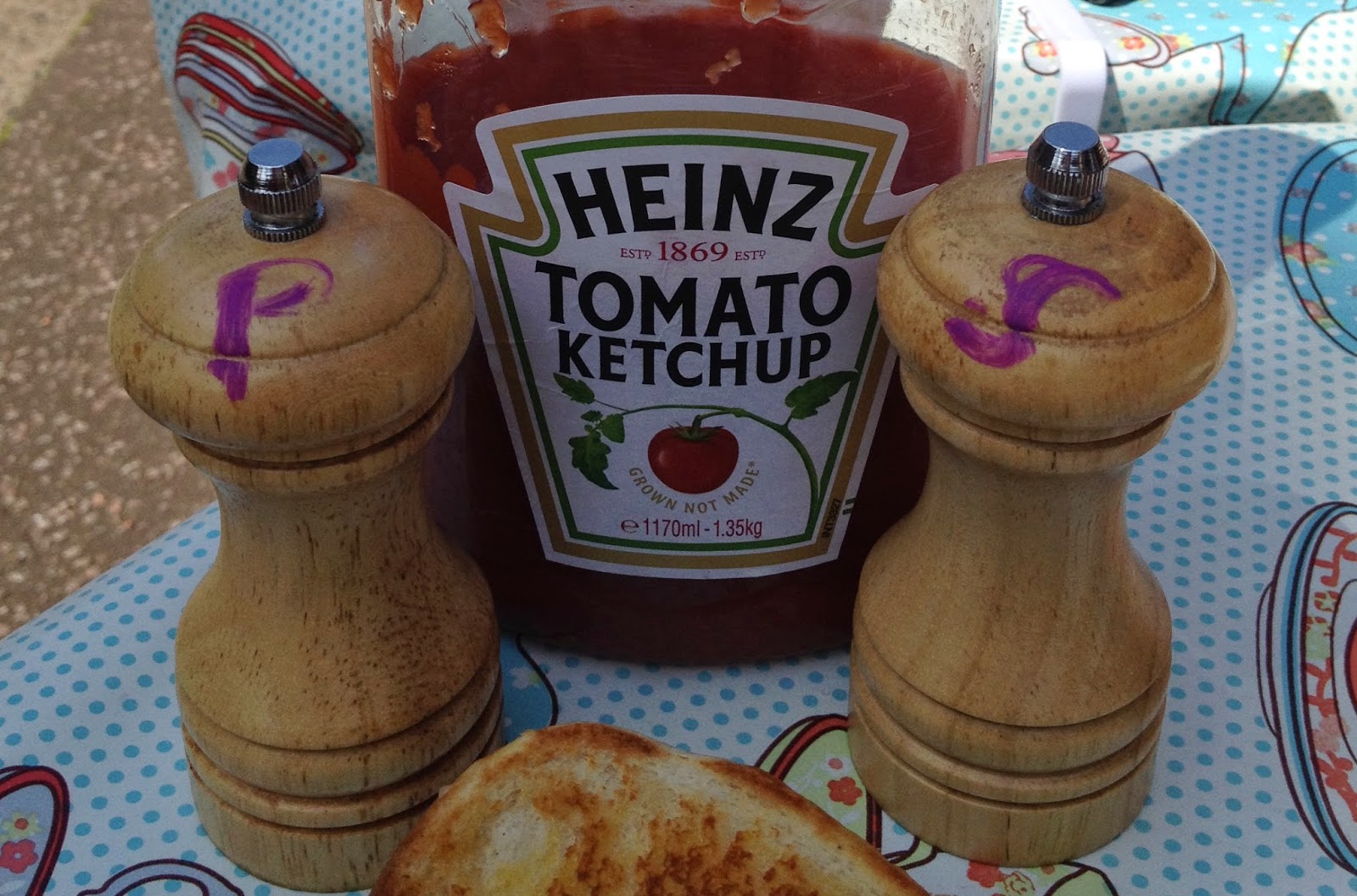 Quality Heinz ketchup and no mistaking the salt and pepper! 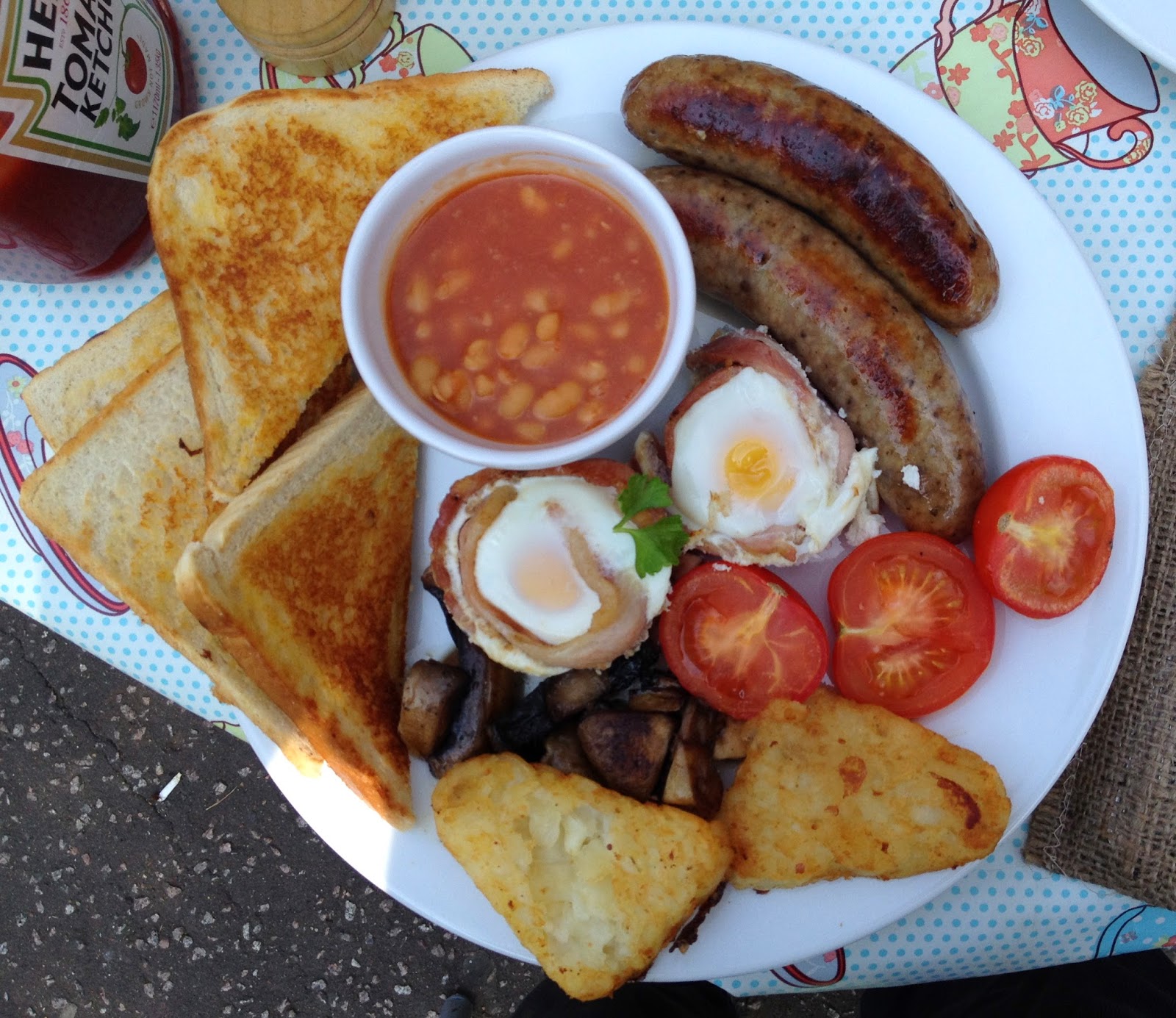 I was really impressed when the food arrived. 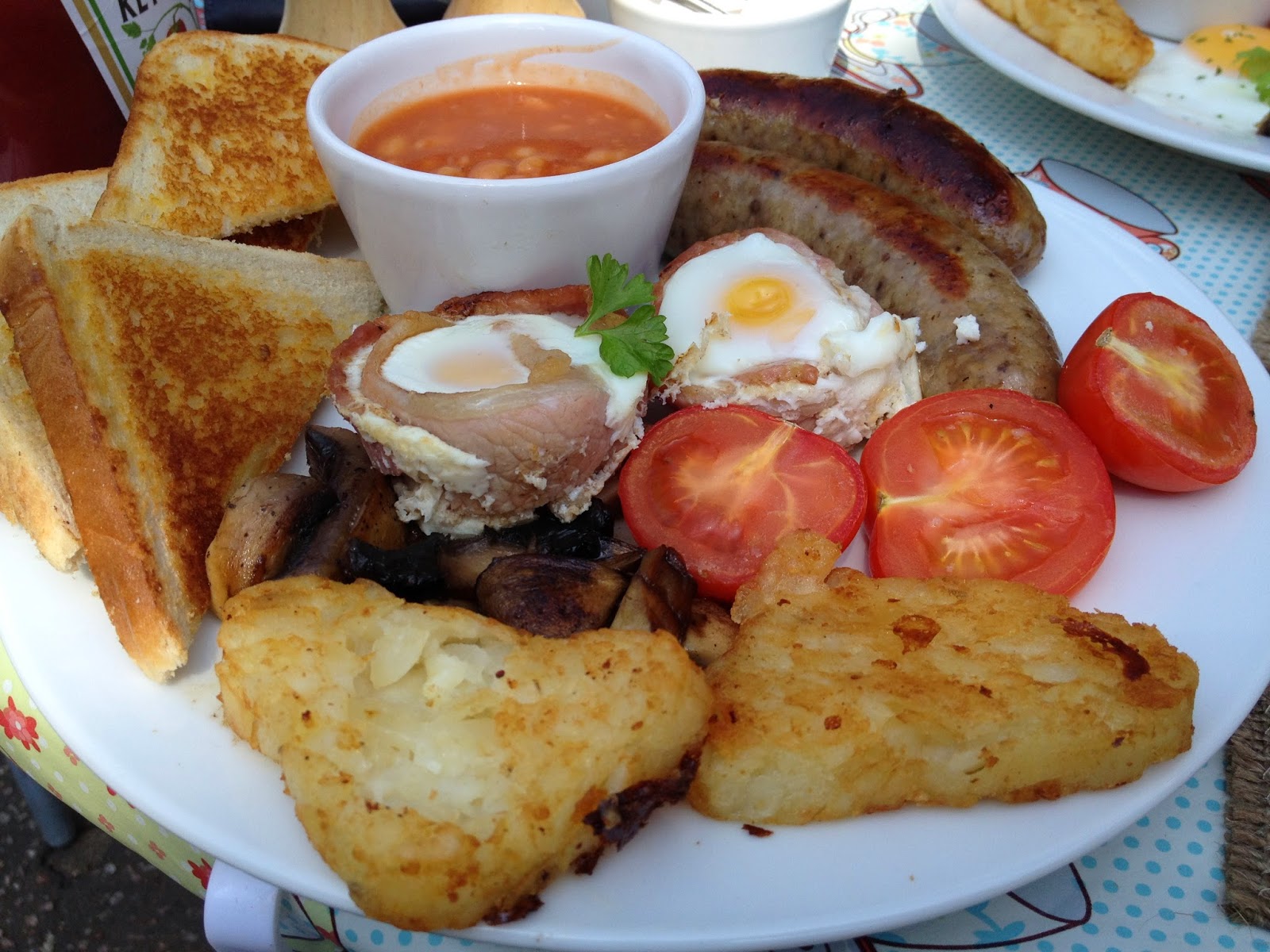 Here it is from a different angle. 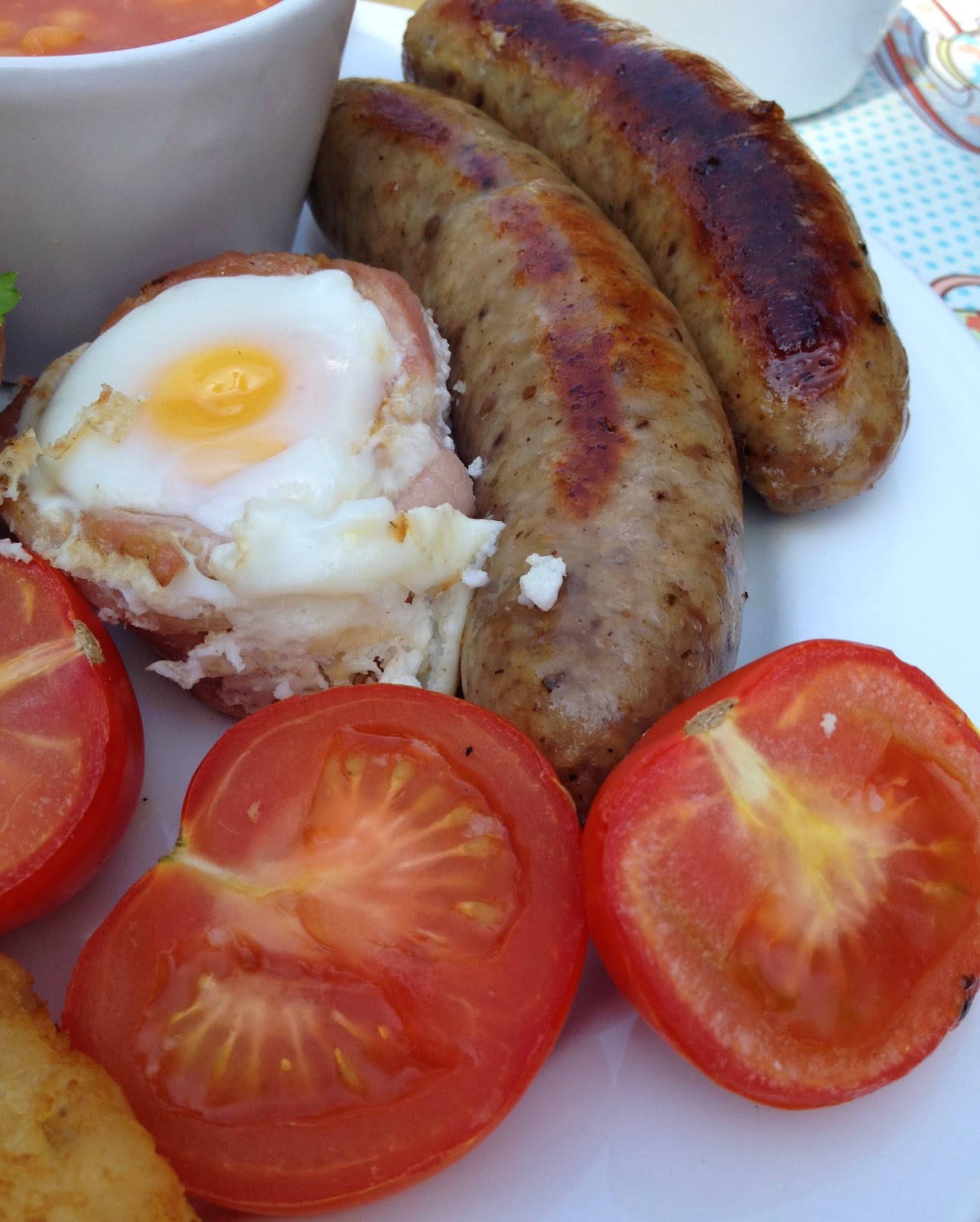 The really big sausages were "Old Norfolk" variety from P.B George next door, they tasted amazing. 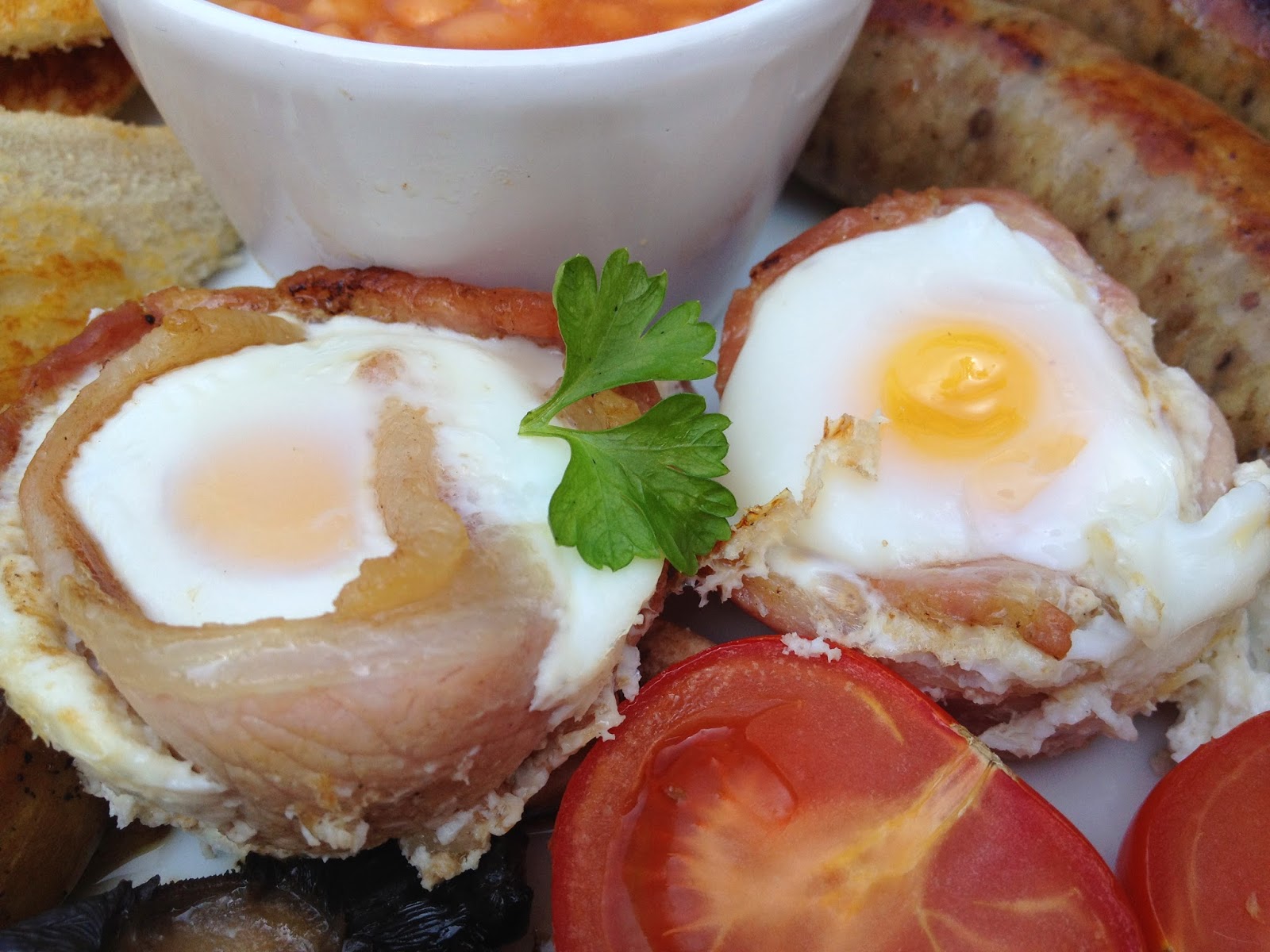 Bacon and egg cupcakes made a nice change, I really liked them. 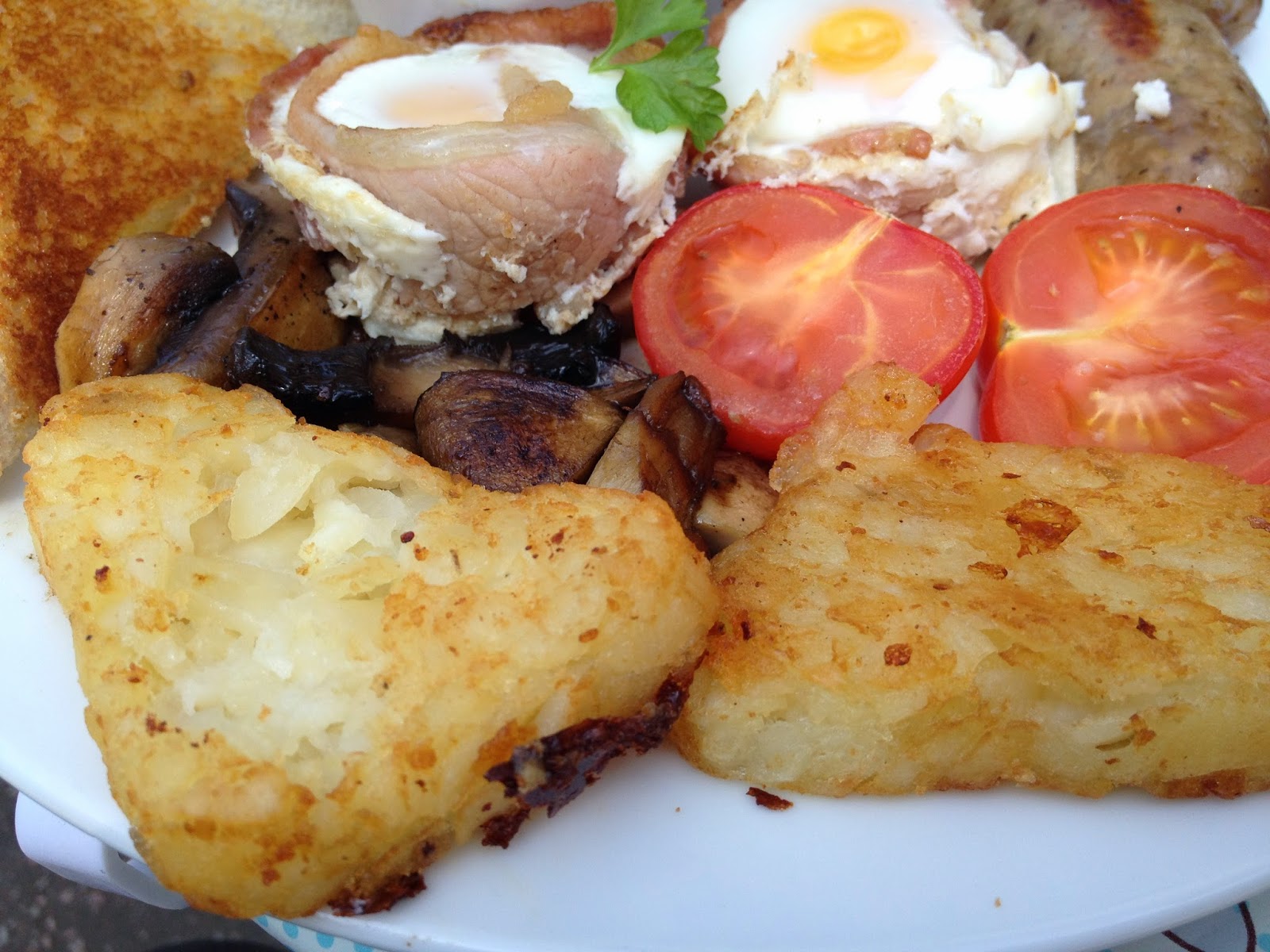 The hash browns were a tad soft on the outside but tasted great with a hint of onion. 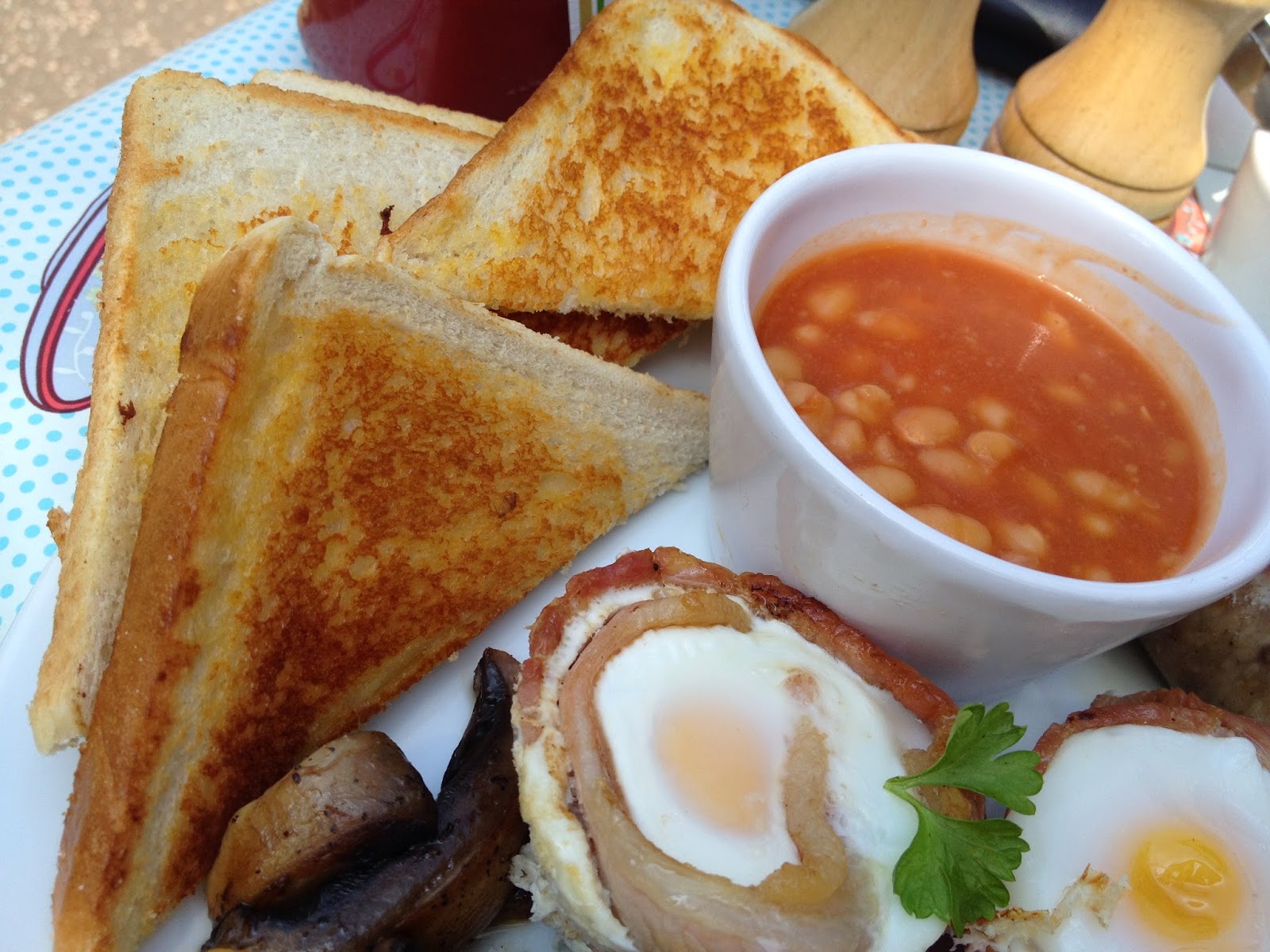 The fried bread was light and crispy, perfect to dip into the egg yolks. 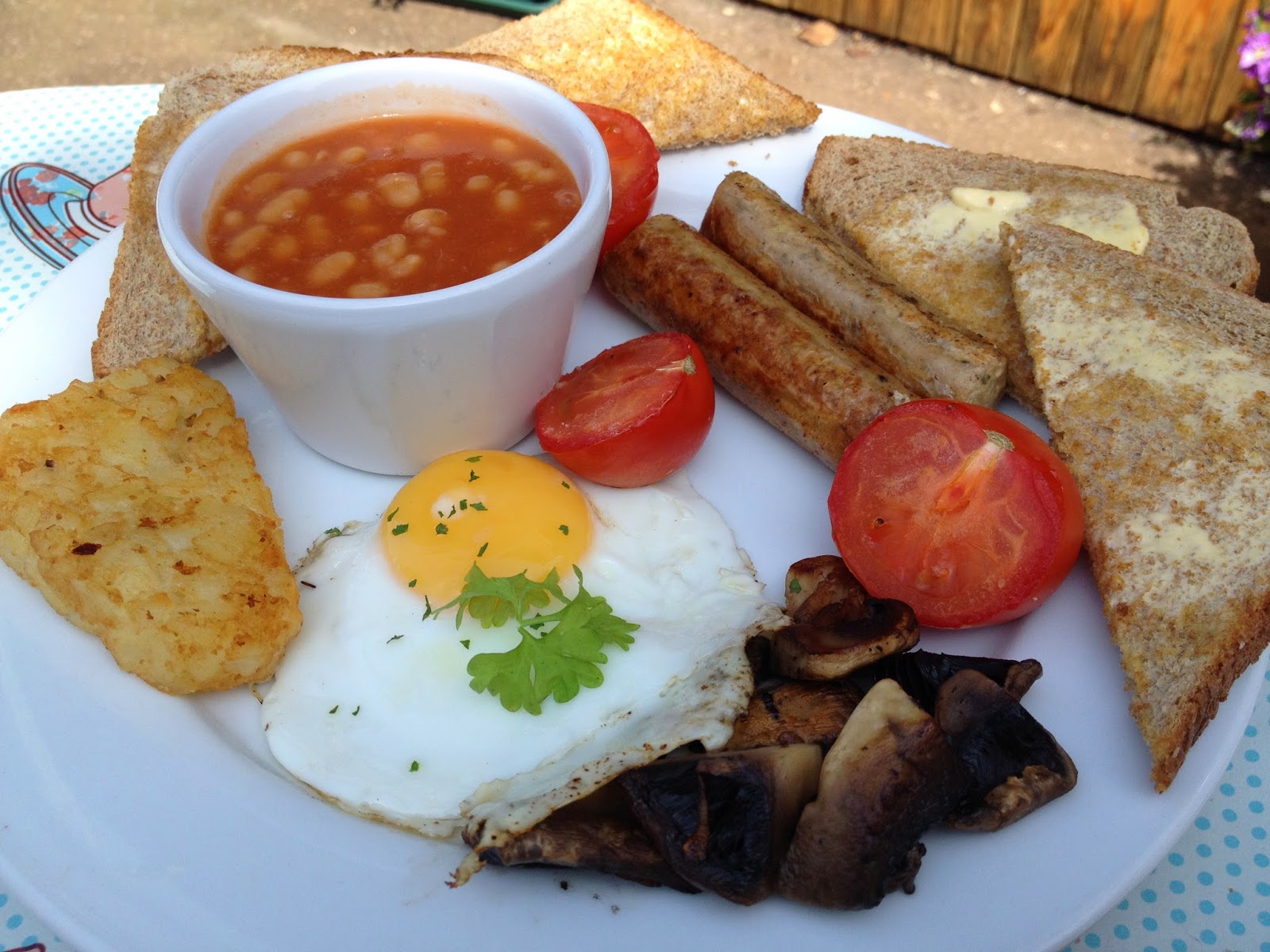 The Muddy Cup had recently opened in Distillery Square (off Dereham Road) and I was keen to visit for breakfast. With the sun shining outside my wife and I headed to Distillery Square to see what was on offer..

Upon entering - There are a selection of tables inside and more can be found outside, we chose to sit outside today as the sun was shining. The interior has a nice traditional/kitsch look with wooden tables and bright blue chairs, there is also a two seater sofa if you fancy getting more comfortable with your coffee. There is full table service so place your order at the counter giving your table number. The cutlery and a serviette arrives in a hessian pouch, a biscuit comes with the coffee and a stripey paper straw with the orange juice, all nice little touches! 8/10

Service - The friendly staff team made us very welcome and ensured we were well looked after. We placed our order when we arrived and took a seat outside, first the drinks arrived and the food followed shortly after that along with cutlery, salt and pepper. We were offered sauces and asked if everything was ok during the meal. By the time we left the cafe was filling up with customers and the staff were keeping on top of things nicely. 9/10

Presentation - The breakfast certainly looked impressive when it arrived with the large sausages following the curve of the plate beautifully. This was the first time I had been served bacon and egg cupcakes, they looked great and sat proudly in the centre of the plate. The tomatoes and mushrooms looked delicious and the beans were served in a separate pot, this was handy as I wanted them on top of some fried bread and I was able to pour them on easily. A sprig of parsley on top of the egg finished it off nicely. 9/10

The food - I loved the "Old Norfolk" sausages from the butchers next door, P B George. They were a very generous sized sausage cooked nicely with an excellent texture and stunning flavour. The bacon and eggs baked together seemed to work really well, both yolks were nice and runny allowing me to dip the fried bread into them. Fried bread often seems so full of oil but the way this had been lightly fried produced a nice light crunch. I like finding a hint of onion inside hash browns and this is just what I found here, they were not as crunchy on the outside as I like but they did taste great. The beans were piping hot, the deep red tomatoes were full of flavour and the chunky cut mushrooms were nicely cooked and delicious. A great breakfast that was a real pleasure to eat! 9/10

Value for money - The large Muddy Cup breakfast cost £7 and was well worth it, especially with such amazing sausages! Coffee was just £1, this included a small biscuit and orange juice was just 70p. 9/10

Overall - Sitting outside here in the sunshine eating this excellent breakfast was a great way to start the day. It felt relaxing here and the friendly staff knew what needed doing and were doing it very efficiently. There are now lots of places in Norwich to go for a decent breakfast and The Muddy Cup is one of them. The bacon and egg cupcakes make a nice change and the "Old Norfolk" sausages just have to be tried. A great place that is definitely worth visiting for breakfast! 9/10 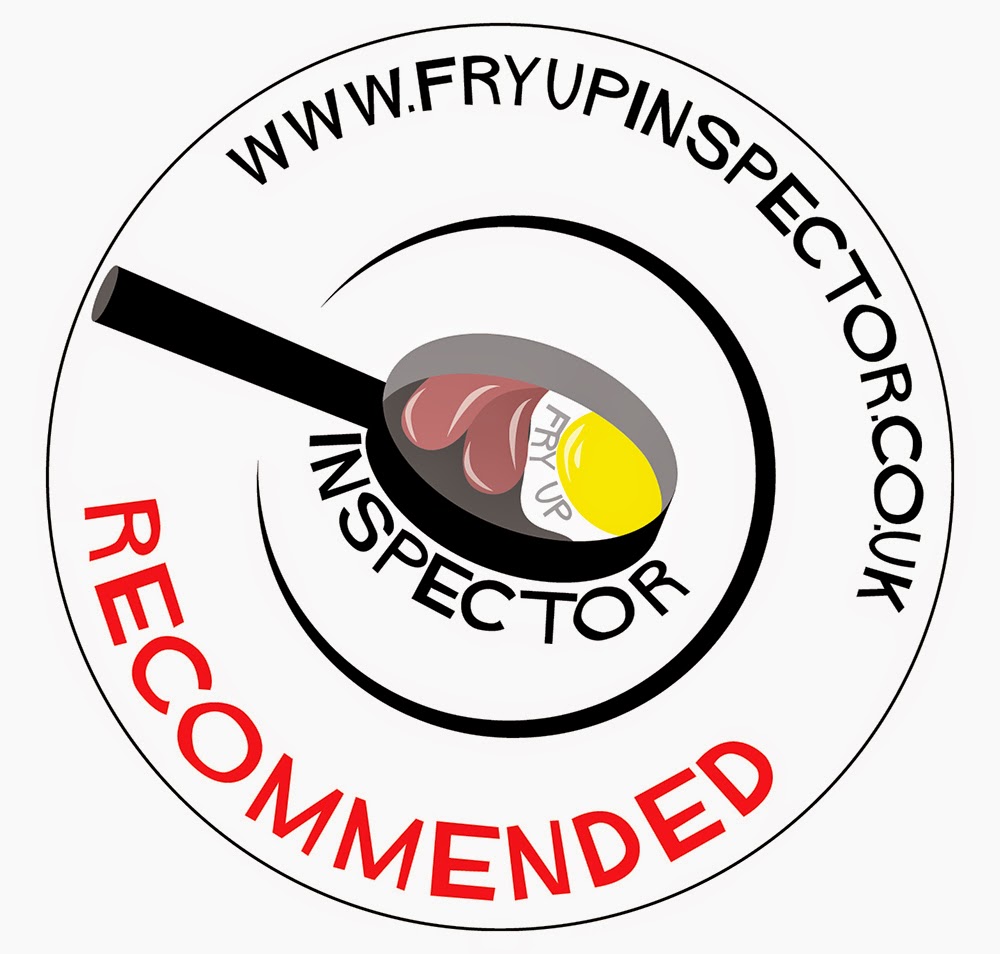