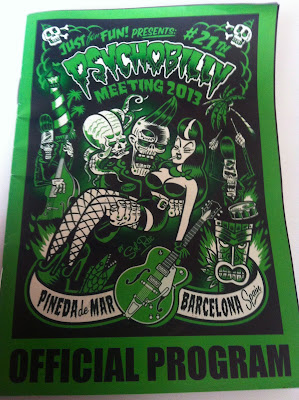 It was back in 2004 when I first went to the Psychobilly Meeting in Spain. For many years it was held in Calella, 37 miles up the coast from Barcelona but back in 2008 it moved to the neighbouring resort of Pineda de Mar. I have been to the Psychobilly Meeting every year since 2004 so this was my 10th visit. It is a week long music festival where you can combine a beach holiday with some great music, food, drink and friends. My wife and I decided we would spend 5 days at the festival before heading to Barcelona for a couple of nights. After looking forward to it for months my alarm clock finally went off, it was time to head to Pineda de Mar again!! 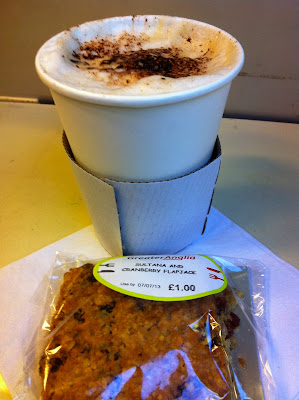 We started the day with a cappuccino and flapjack deal for £2.50 on the Greater Anglia train to London. We usually go for the bacon roll deal but with a breakfast planned at Gatwick we went for a lighter option. A nice enough coffee and delicious moist flapjack 7/10 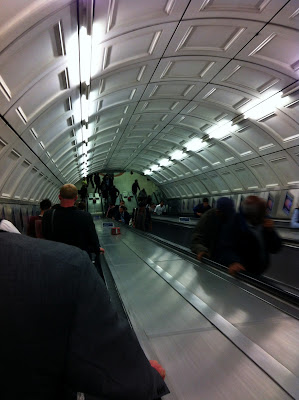 From Liverpool Street we took the underground to London Bridge and boarded the train to Gatwick, arriving with plenty of time to enjoy breakfast before our flight. 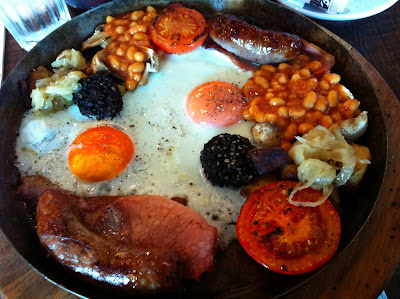 The pan cooked breakfast at Jamie's Italian in Gatwick's North terminal was excellent!
Read my review on it here. 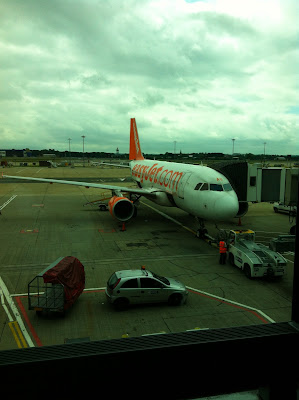 On our recent trip to New York both our flights were delayed so I was hoping this flight would be on time. Hmm... Moments after thinking this an anouncement was made saying "there is a technical problem with the landing gear computer, so the flight is delayed until an engineer arrives to look at it" 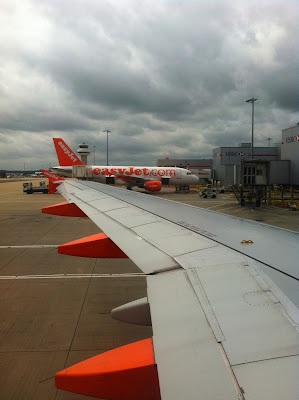 The engineer deemed the plane unsafe and it was taken out of service. Luckily a replacement plane was found and after an hours delay we were finally ready to take off. 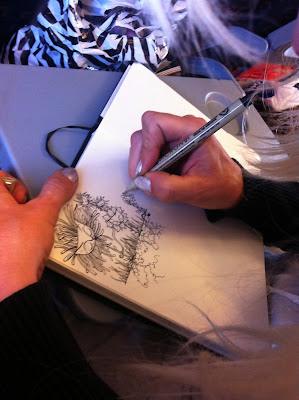 My wife is very nervous about flying so doodled some cat flowers to take her mind off it. I played angry birds, drunk a glass of coke and ate half a twix. 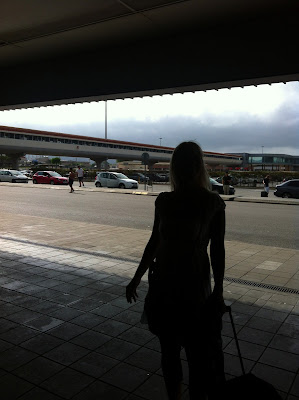 With no hold luggage to wait for we made a speedy exit from Barcelona airport and headed to the train station. 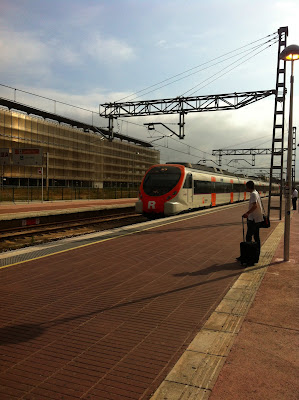 It was very hot on the platform so getting onto the air conditioned train was a relief. 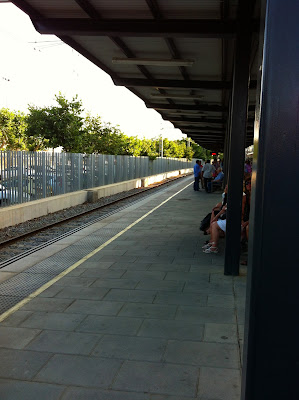 The train terminated at Calella, just one stop away from Pineda de Mar. We considered walking it but decided to wait for the next train, we had been waiting for things all day so one more wait wouldn't kill us! 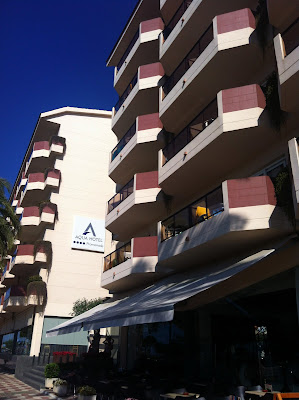 The Aqua Promenade Hotel - Pineda de Mar. This was to be our 6th stay here, we stayed here on our honeymoon last year but somehow were not given the superior room we had booked. Having complained about this by email they agreed to let us stay for free this year!! We nervously headed to reception hoping the reservation we made nearly a year ago marked "free of charge" was not going to be a problem. 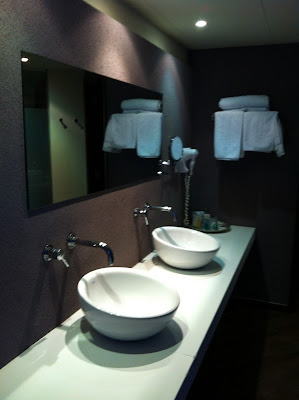 Everything at reception went smoothly and we looked around our home for the next 5 nights, a sink each was a nice touch! 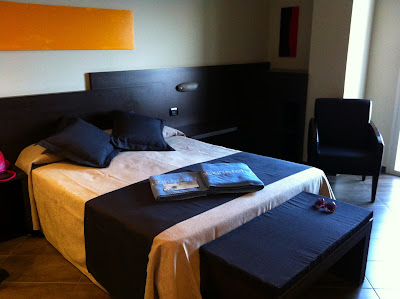 Yep, everything was looking good and the air conditioning was ice cold too. 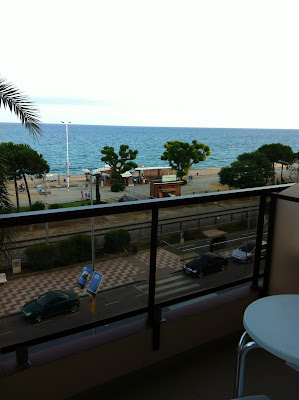 The view from the balcony was great and it was time to head out to the festival. 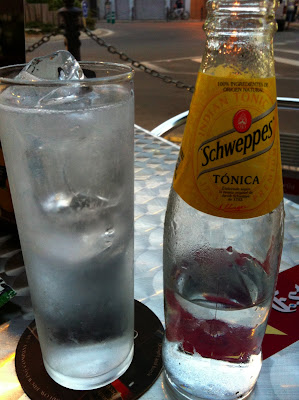 We stopped of at a bar on the way for a vodka and tonic. 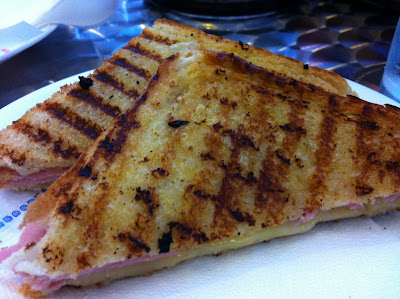 Best not to drink on an empty stomach so we both ordered a bikini, this ham and cheese toasty was so delicious an "mmm" sound could be heard after every bite 8/10 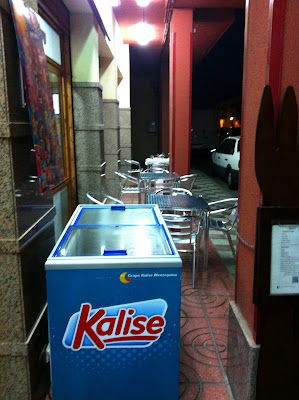 It was getting dark and the venue was almost in sight when we passed this bar. 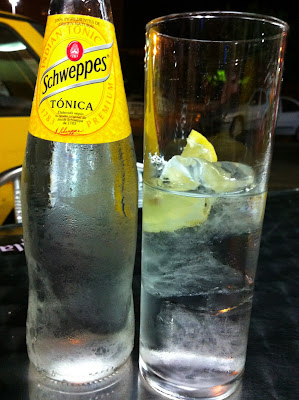 We stopped for another vodka and tonic. The measures of quality vodka in Spain are really generous (this was before I poured any tonic in!) and the bottles of tonic are much bigger too. €3.60 for a vodka and tonic this size is incredible value for money. 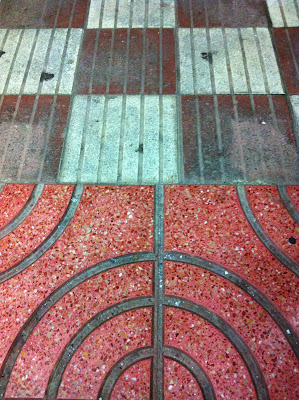 I stared at the ground briefly thinking how much nicer the pavements are in Spain. 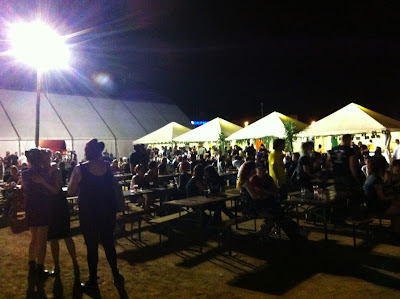 We eventually arrived at the festival venue around 10pm. 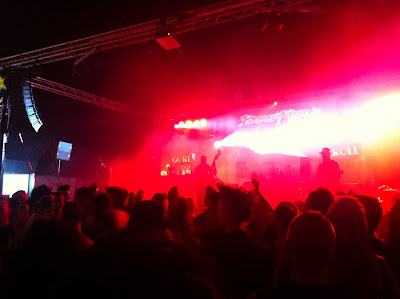 The first band we watched was Banane Metalik from France. 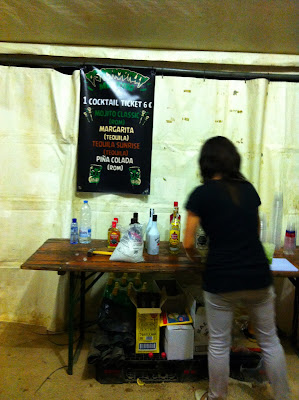 We spotted the cocktail tent and tried a mojito at €6. I didn't take a pic but it was nice enough with fresh mint and served in a pint glass. 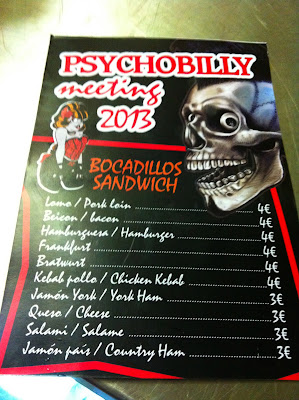 Later in the night we decided to share a chicken kebab. 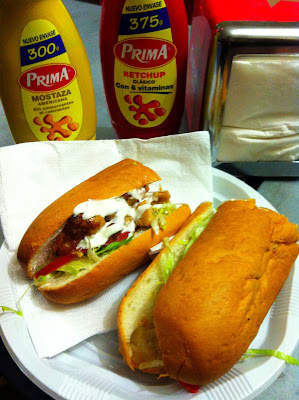 A very dry roll with very little salad and even less meat, it may have only cost €4 but it was a huge disappointment... 3/10