A great article on the cafe here 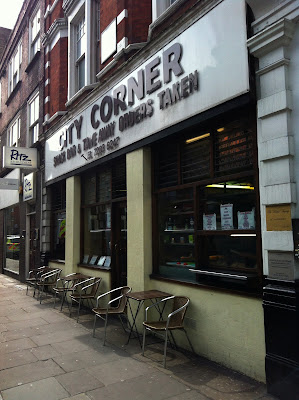 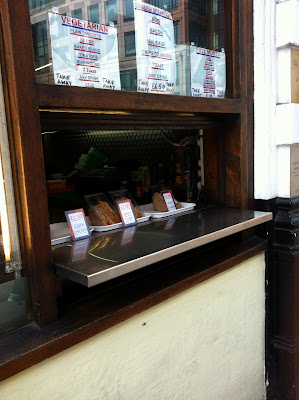 There's a hatch outside where you can by take away food and drinks if you don't have time to stop. 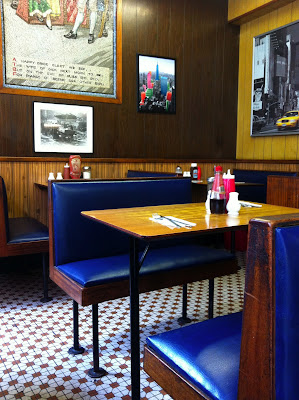 The interior is very classic and has remained the same for decades. 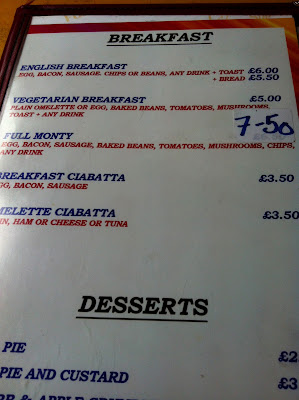 The breakfast menu is quite basic and available all day. 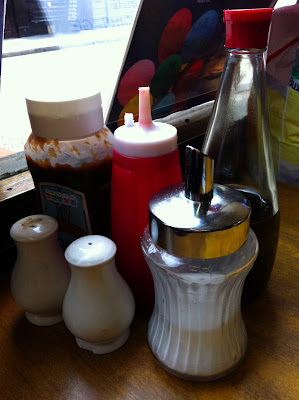 A sugar pourer is always a nice sight. 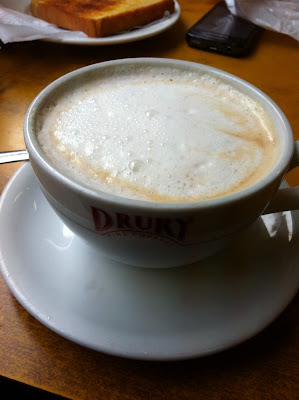 The coffee was great and is included with the breakfast. 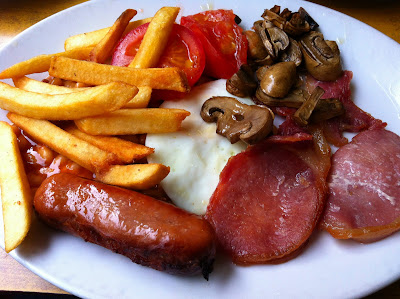 The breakfast was ok but not particularly big. 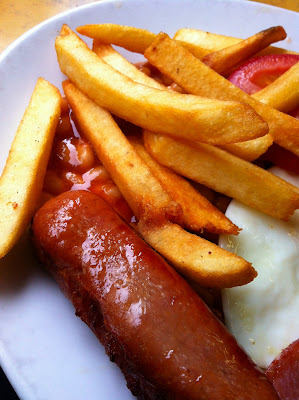 I am not a fan of chips on breakfasts but I did quite enjoy them, the best part was the sausage which initially looked cheap but was delicious. 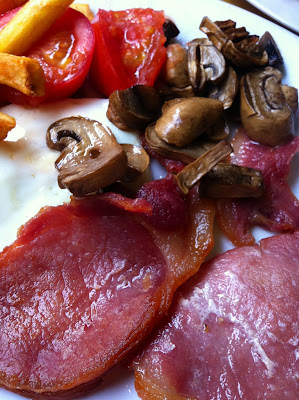 The mushrooms were nice enough but the bacon was tough. 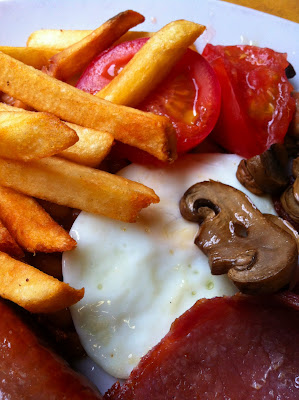 The egg wasn't looking too good. 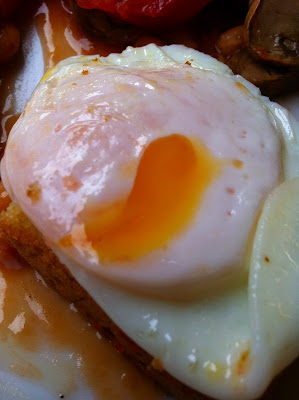 I did eventually discover it had a good runny yolk though. 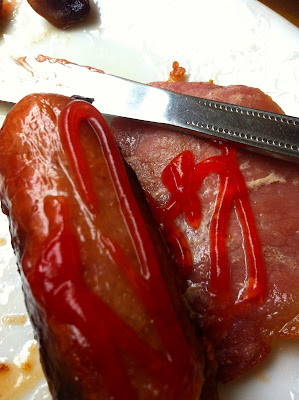 The ketchup was quite thin and almost glowing. 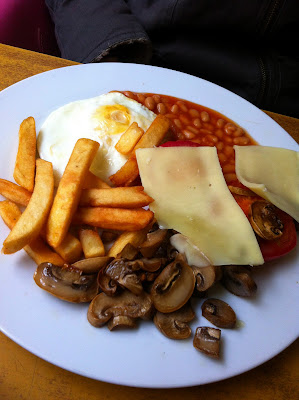 The veggie breakfast was an interesting mix, the chips and cheese were an unexpected extra. 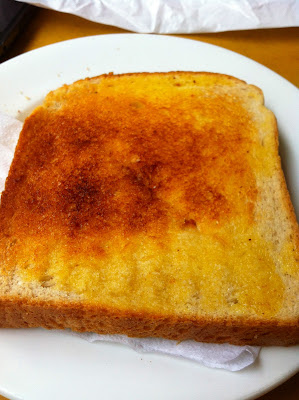 One slice of toast came with all breakfasts except the full monty, very strange?


Another month had passed and we found ourselves back at Liverpool Street Station ready to spend the day on my wife's stall at Spitalfields Market. A perfect excuse for another inspection before heading to the market. I had been meaning to visit City Corner Snack Bar for sometime now but as they didn't open until 9am had on two other occasions headed to places opening a bit earlier. This time though we killed time at the station first and they were open when we finally arrived so in we went..

Upon entering - The first thing I noticed was just how small it is inside, they have been quite clever with the space though fitting quite a few tables in, there are also some outside. The decor is excellent remaining unchanged for many years, it is liking walking back into the 1960's. Classic fixed tables and chairs, wood paneled walls and a tiled floor look fantasic and is becoming a rare sight these days. There is a small kitchen which is a hive of activity complete with a beautiful vintage chrome coffee machine. Pick a table and the waitress will bring a menu over, cutlery, sugar and sauces are on each table. The waitress will bring everything including the bill to your table when it is ready. 9/10

Service - As soon as we arrived we were shown a free space to store our suitcases and a menu was brought over. Everyone here seemed friendly and efficient, the chef asked if everything was ok once the food had arrived. 7/10

Presentation - Ok but the beans were quite hard to spot hiding under the chips, the egg was upside down with no visable yolk and there were a few drips of oil on the plate. 4/10

The food - The bacon was the toughest I have ever eaten and was quite difficult to cut through, thankfully the pork sausage was really nice with a great taste and meaty texture. The fried egg once flipped over revealed an excellent runny yolk and the mushrooms were very nice. I am never fussed about having chips on a breakfast but they were nice and crispy with a fluffy centre and I did really enjoy them. The tomatoes were packed full of flavour but the beans were not very hot. So although some parts disappointed other parts of the breakfast were really good. 6/10

Value for money - The full monty cost £7.50 and included a hot drink but not any toast like the other breakfasts did. It wasn't particularly big though so you will soon be thinking about what to have for lunch. 6/10

Veggie option - Yes, as seen in photo above and includes a hot drink and slice of toast for £5.

Overall - Worth visiting to experience the classic interior but the food wasn't particularly special. I do hope it survives for many more years to come though as cafe's like this are becoming a rarer sight these days. 6.5/10
Posted by Fry Up Inspector at 20:30