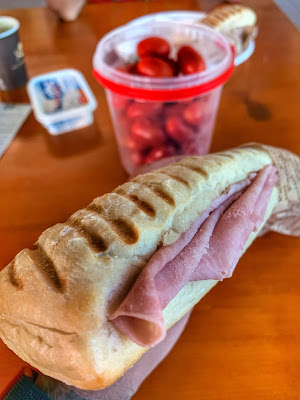 Ok, so Friday had arrived and it was the final day of the festival. We'd spent each morning at the campsite bar picking up the wifi signal so my wife could work and I could update my instagram stories. The coffee vending machine had served us well all week and this morning a panini was just what was needed. 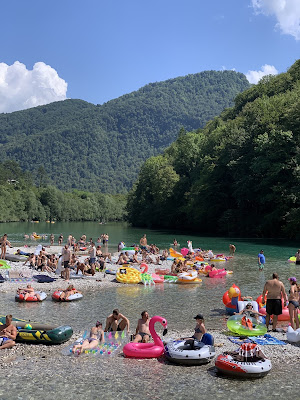 Later we walked to the beach stage area for the final time. We caught up with the Norwich crew and chatted for a couple of hours in the sunshine, making the most of this stunning location. 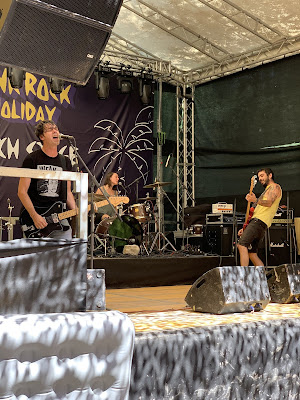 I forget the name of this band but can recall the singer loving to telling quite a few joke between songs. Great band whoever they were though. 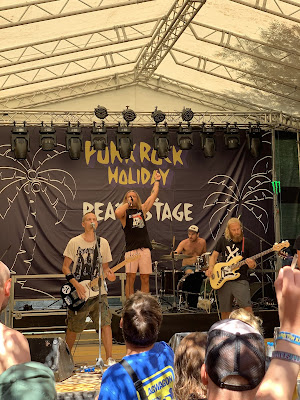 Again the name escapes me! 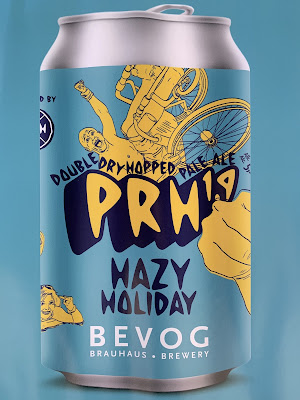 I'm usually totally on top of buying things before they sell out but this time I failed twice. Missing out on the festival beer I could cope with but I was pretty gutted at leaving it too late to buy an early bird festival ticket costing just €90 for next years event. When we went to buy both things they had sold out completely. 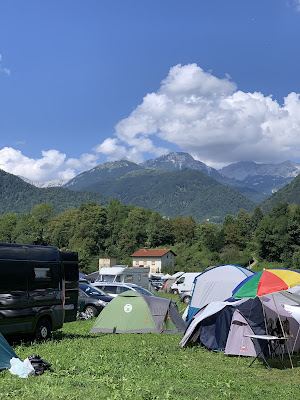 Even though I'd probably never stay here in a tent (I need electricity) there was no doubt it was a stunning place to camp. Quite a few of the Norwich crew went paragliding off these mountains and absolutely loved it. 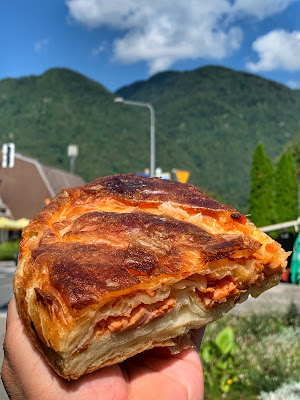 This ham and cheese pie from a bakers in Tolmin was delicious and cost just €1.20. I enjoyed it on the way back to the camp site where we prepared ourselves for the final visit to the festival. 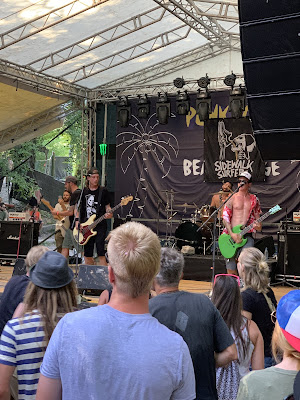 It was still late afternoon so the beach stage was still going strong. We managed to catch the last 2 bands to play here which were Sidewalk Surfers from North Carolina and... 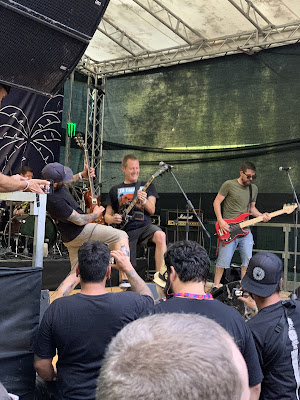 Hit the switch from California. 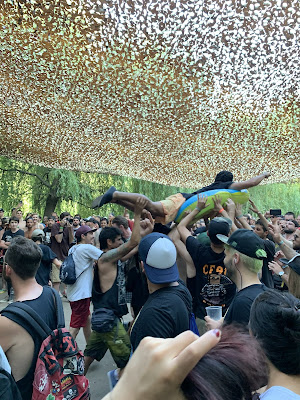 Loved the beach stage and so glad we spent much more time there this year! 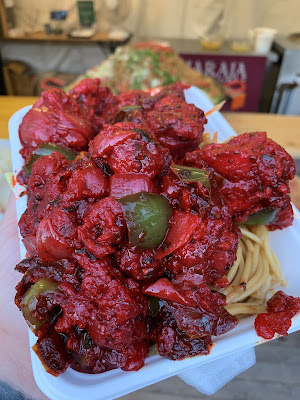 My food highlight of the festival was the chilli chicken and noodles. I decided to enjoy it one last time and as before it was incredible. The week of partying was catching up with us though and my wife and I were feeling pretty tired by now. 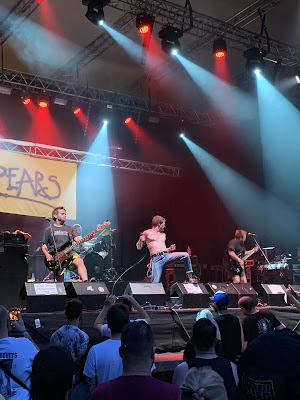 American hardcore punk band Pears were the last band of the festival we saw. The wall of tiredness had defeated us so we returned to the camp to the soundtrack of PUP booming out in the distance. By the time we arrived back at the campsite we listened to Teenage Bottle Rocket and Propagandhi closing the festival, both sets sounded incredible. A shame we didn't catch the end of the festival but we'd caught so many great bands each day so we were happy. Once again Punk Rock Holiday had proved to be an incredible festival. We already have our tickets and flights book for next year, can't wait!!

Click here for Day 8
Next stop Zagreb
Posted by Fry Up Inspector at 15:47