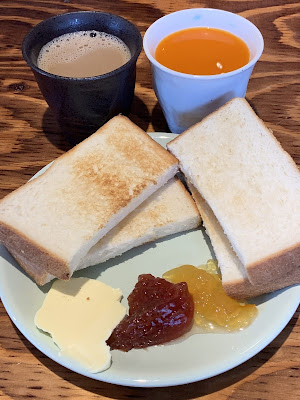 With our time in Japan almost over we discussed over breakfast how to spend our last full day here. We decided to have a fairly relaxing day exploring Amerikamura and the area around Osaka station. 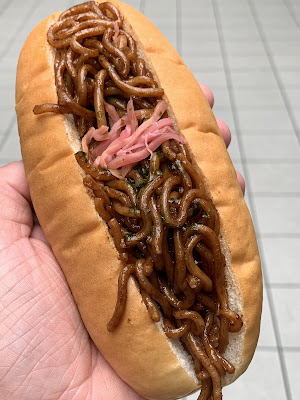 I had a few favourites on my mind that I'd tried on other trips that I needed to eat before this trip ended. The first of those things was the 100 yen noodle roll from 7- Eleven. Simple but so effective, I love these! 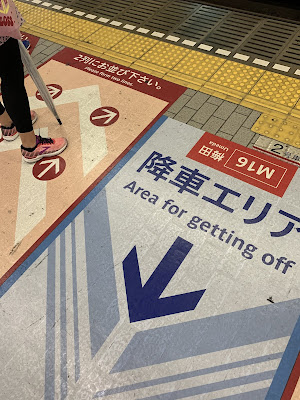 We were going to miss the well organised lifestyle of Japan where everything was so organised and efficient. 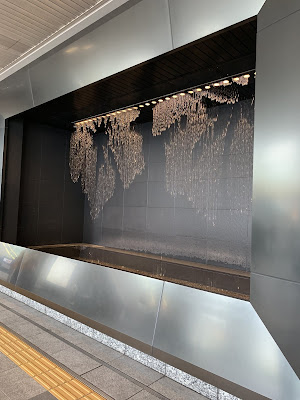 This illuminated sign displaying messages and patterns using water had us mesmerised outside Osaka station for quite sometime! 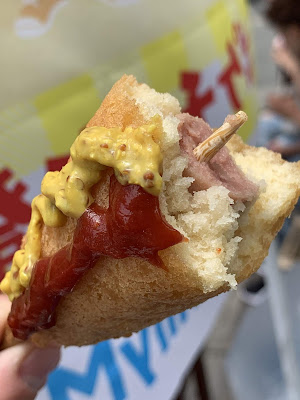 The next thing I ticked off my list was the 100 yen 7-Eleven corn dog served with ketchup and mustard. I can't believe I waited over 3 weeks to buy one of these. 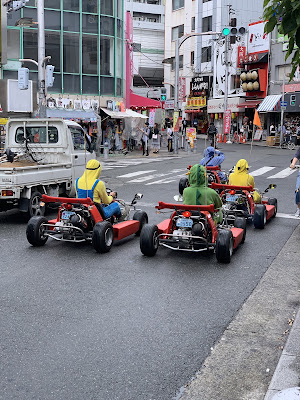 We arrived in the Amerikamura district where we caught a glimpse of a Mario Kart race in action on the streets. 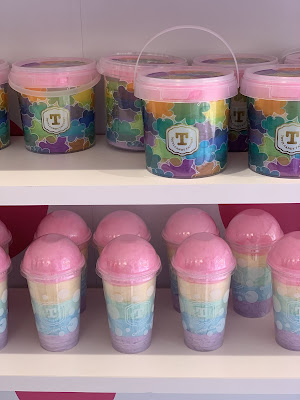 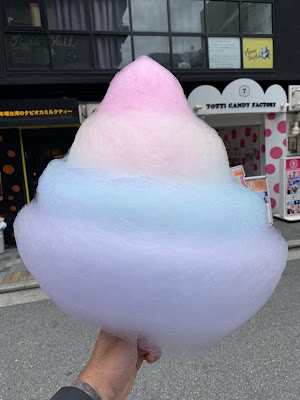 I just had to have one though so handed over my 800 yen. Each of the different colours was a different flavour. 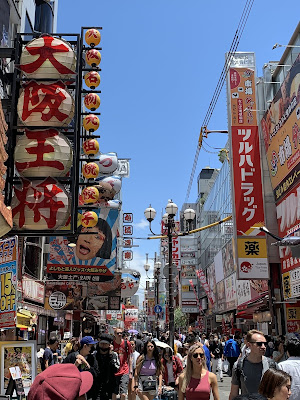 Finally the sun was shining so we got to explore Dontonburi properly at last. To be honest though beyond the bright signage it is just an over priced tourist hotspot, still worth a look though. 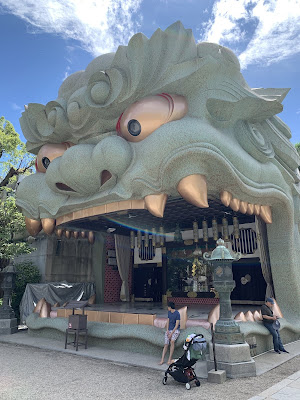 We made our way towards Namba station stopping off at Namba Yasaka Shrine on the way. Before catching the train to our final hotel on the trip we sat down and raised a can of Kirin to the trip which was so nearly over now. 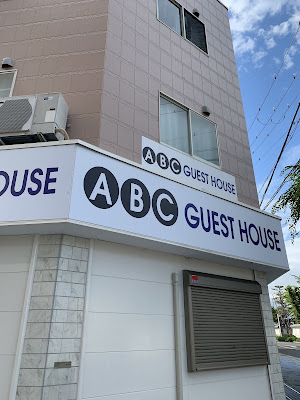 Our final bed for the night was at ABC Guesthouse just two stops away from Kensai Airport in Izumisano. A triple room (they didn't have a double) cost us £35 for the night. 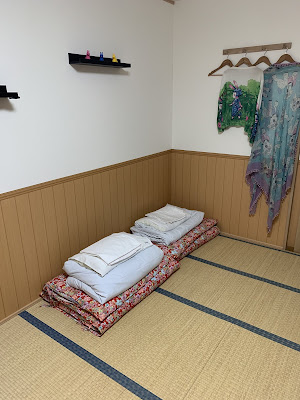 The large Japanese style room was ideal for our final night here. There was also a shared kitchen, we weren't about to start cooking though. 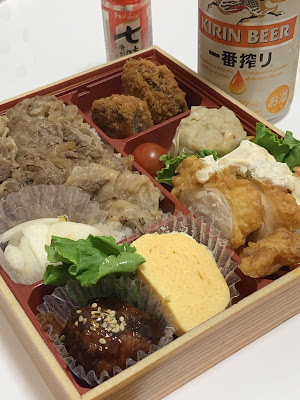 Not when there was a supermarket selling bento boxes close by! 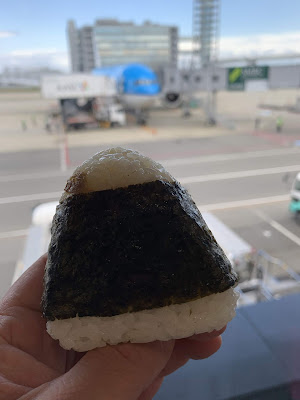 The last thing I ate in Japan was this onigiri, the trip was finally over... 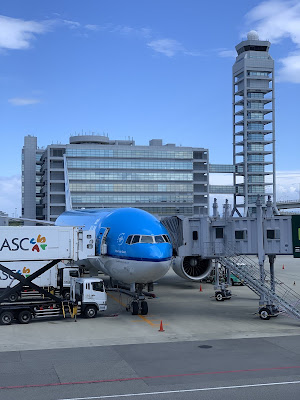 This had been my favourite trip to Japan so far, I just loved staying on those islands and living the island life! It seemed strange not having a JR Pass and rushing around on Shinkansen, I think that slowed down the pace slightly though. On this trip I realised it's not all about where you visit in Japan, it's just about being in Japan and embracing it's culture. 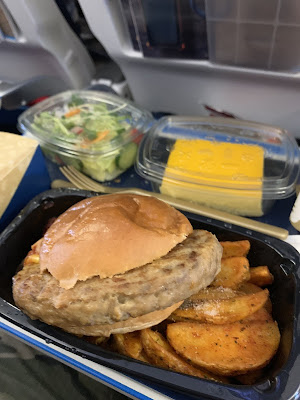 I didn't really touch on airline food on this trip as it was pretty standard. I will mention this burger and chips I received on the way home though, not quite what I was expecting when I chose the beef option!