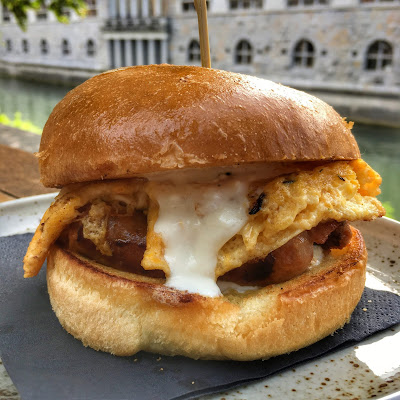 Our initial plan today was to visit Lake Bled but as we wandered through Ljubljana on our way to the bus station we noticed Sunday markets that had popped up and the city felt so alive. We also remembered that museums and gallerys would be closed in Ljubljana tomorrow being a Monday so that would be a far better day to visit Lake Bled. I ordered breakfast beside the river and it arrived in a bun. A pair of spicy sausages and an omelette topped with err... some white sauce which escapes me now. 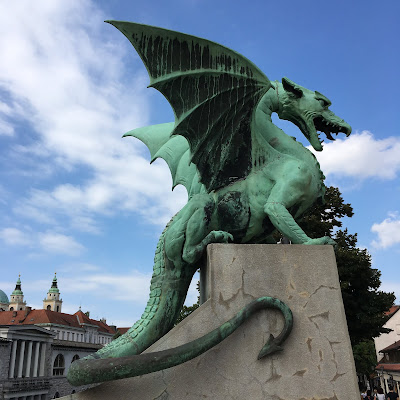 The Dragon Bridge, adorned with its famous dragon statues. According to local legends, when a virgin crosses the bridge, the dragons will wag their tails. 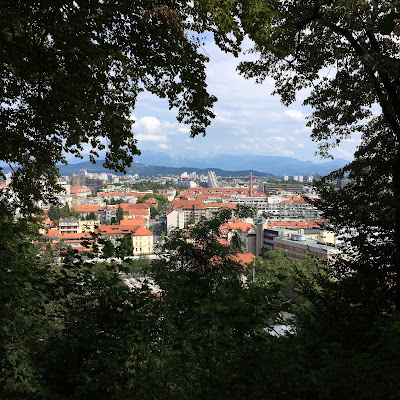 From Dragon Bridge we hiked up a steep hill to Ljubljana Castle. We didn't bother going inside but enjoyed the views of the city from outside the castle. 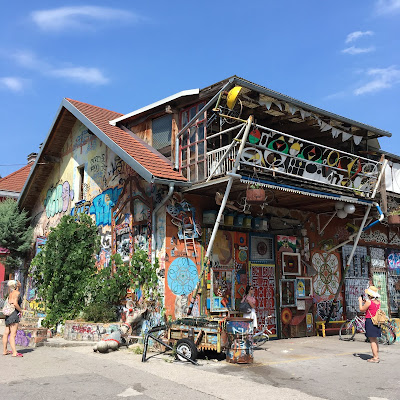 Next we headed North of the city centre in search of Metelkova. This abandoned Slovenian military barracks has become a punky-political art squat. 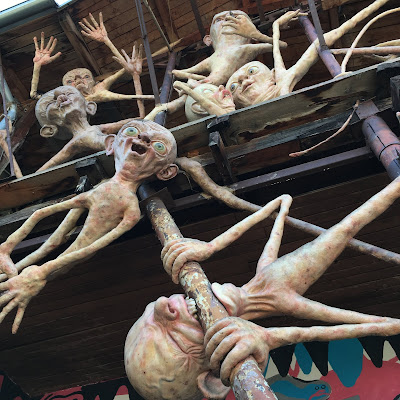 There's so much to look at here! 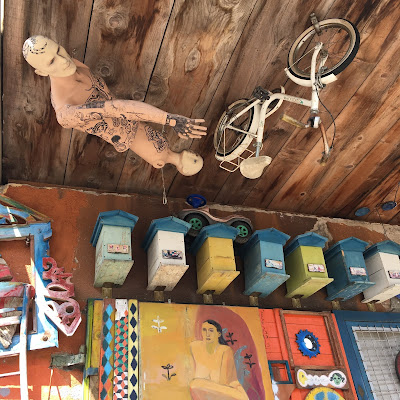 We tried to be mindful of not taking too many photos though as this place was home to many. 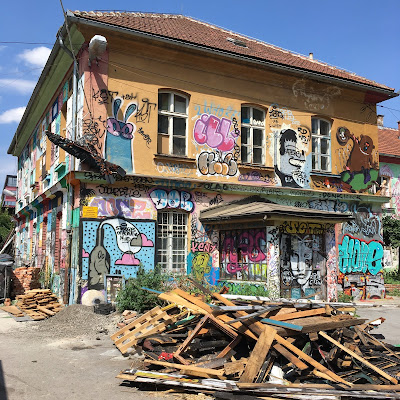 Although quiet in the daytime it's said that this place really comes alive in the evenings, especially at weekends. 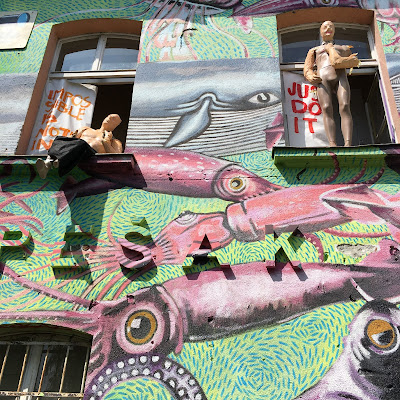 100's of alternative events are held in Metelkova every year including concerts, theatre and workshops. 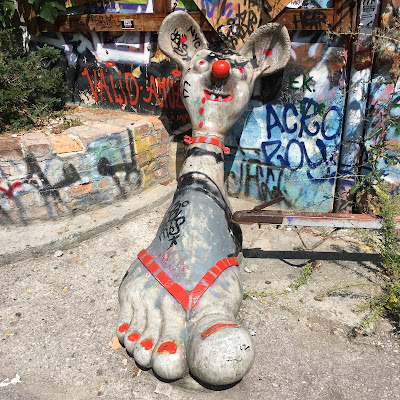 With so much to look at it was hard to drag ourselves away. 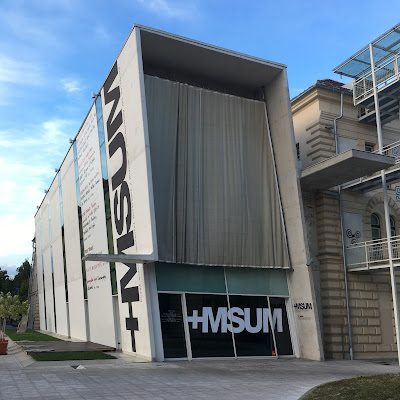 Just around the corner from Metelkova is the Museum of Contemporary Art. 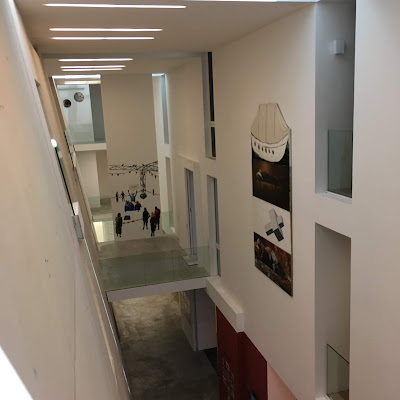 We went inside and checked out some of the exhibitions. My favourite was a series of black and white photographs taken inside a Slovenian tower block. Each photo told a story about the person living inside the tower block. 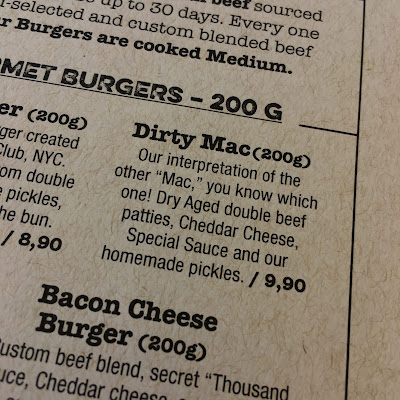 Back in the city centre we stopped off for a bite to eat at Pop's Place, a popular burger joint.  I was tempted by their famous ribs but just had to try their Dirty Mac. 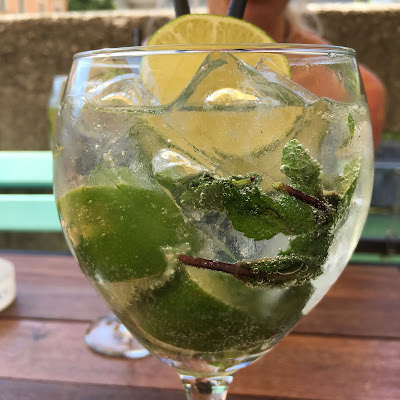 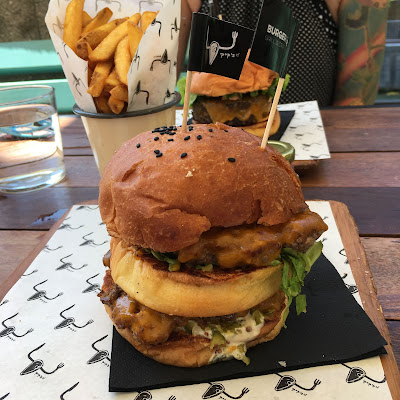 When the food arrived first impressions were good! 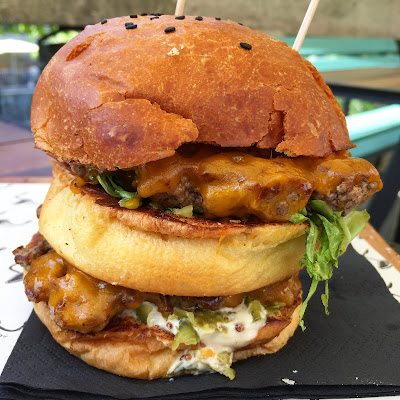 Pop's Place uses locally produced beef which is aged and cut in house. It certainly sounded great and looked the part but how did it taste? 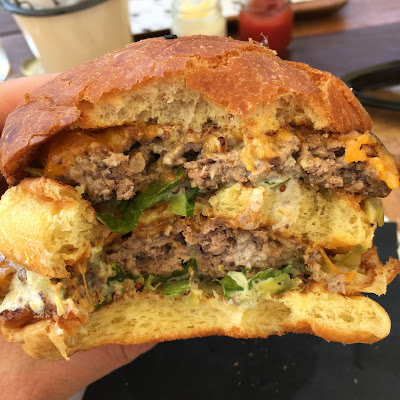 Amazing! They'd really captured the elements of the Big Mac but in a far superior way. The meat tasted superb, the ratios were spot on and their special sauce really brought it all together. 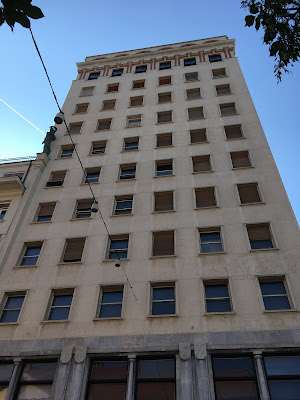 We'd read about a rooftop bar called Neboticnik on top of this building. 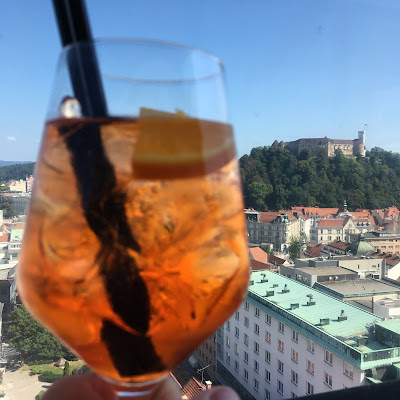 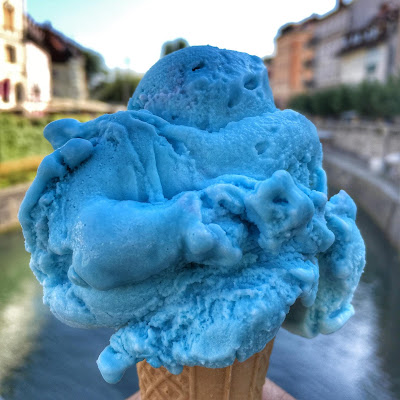 Having explored the city we returned back to the hotel for a much needed rest. On the way I tried a blue sky ice cream, I loved the colour and the flavour was a fruity vanilla. 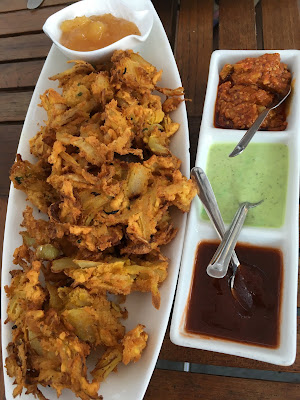 A couple of hours later and we were back on the streets of Ljubljana. We really fancied some Indian food so stopped for some dinner at Namaste, a popular Indian restaurant on the banks of the Ljubljanica river. To start with we ordered onion bhaji, a huge portion arrived with a selection of sauces. 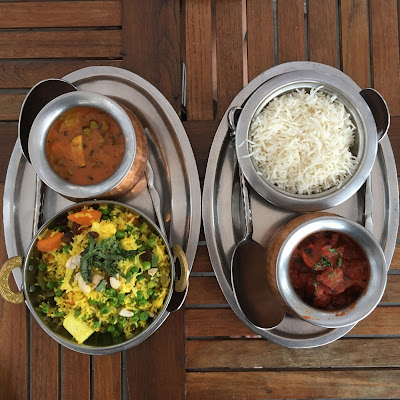 Next the curries arrived. 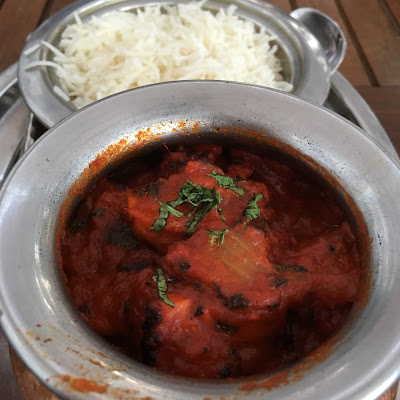 I ordered the chicken tikka massala which was excellent. A generous serving of tender chicken breast pieces cooked in the tandoor oven served in rich vibrant sauce. Generally rice is sold separately but here some of the curries including this one came with rice. 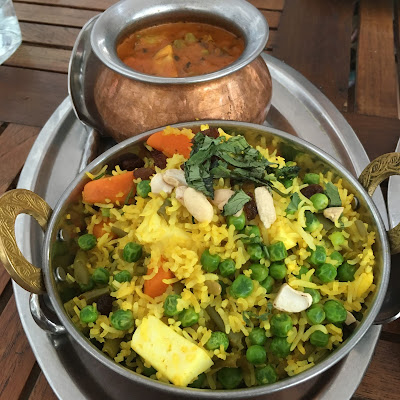 My wife's vegetable curry didn't include rice so she ordered a vegetable rice to go with it. The curry was way too mild for her liking, luckily I was happy to help her finish it though. 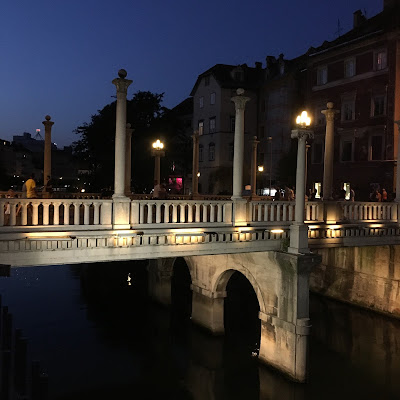 Stuffed full of curry we walked along the banks of the river. 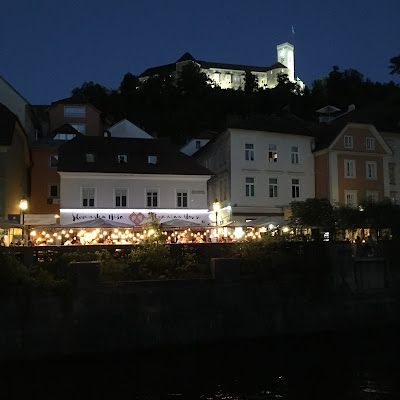 In the evening the castle is illuminated up on top of the hill and the restaurants lining the banks of the river are a hive of activity. 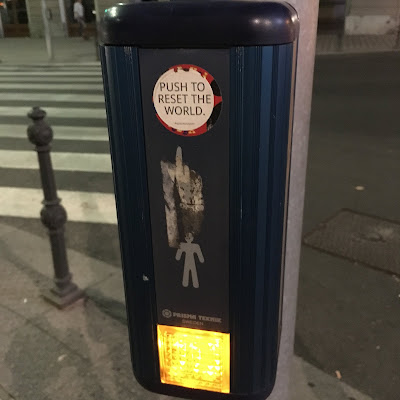 I tried but nothing happened. 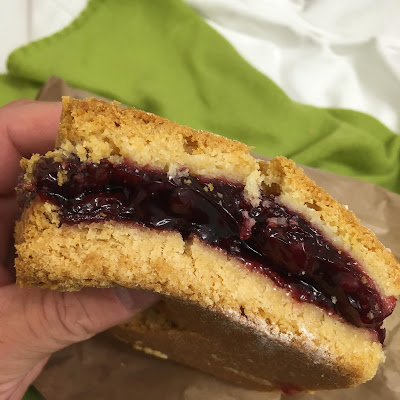 We stopped off at a late night bakery close to the hotel to buy some cakes. This jam biscuit was huge and literally crumbled everywhere as soon as I took the first bite. 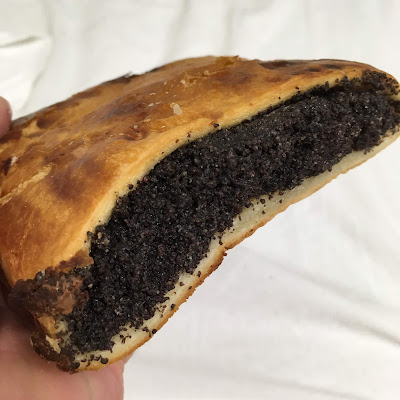 We thought this was going to be something chocolatey. Nope, it was a bitter poppy seed filling.