The final night of PRH 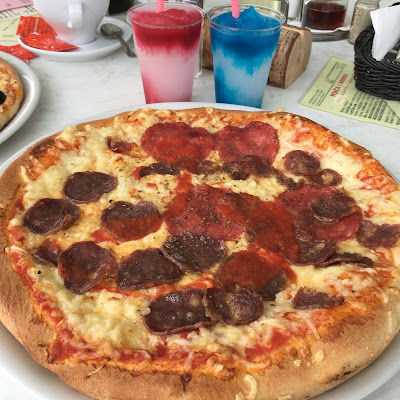 We were up later today so we walked into Tolmin for a pizza. 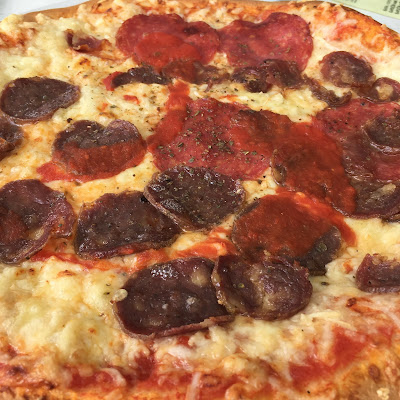 The Salami mix pizza was delicious, it was topped with Hungarian, deer and homemade salami. 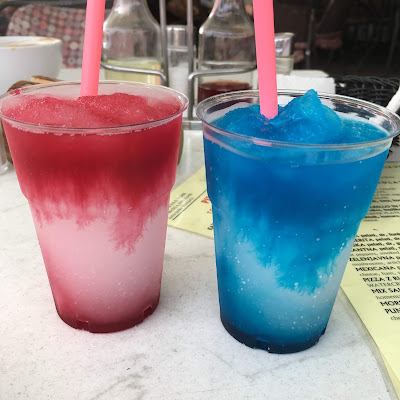 The weather in Tolmin had been really hot all week and today was no exception. We cooled down with a cherry and raspberry granita, a bargain at just €1 each. High up on top of a hill behind Tolmin is the ruins of a castle. We walked up to it which was quite hard work. 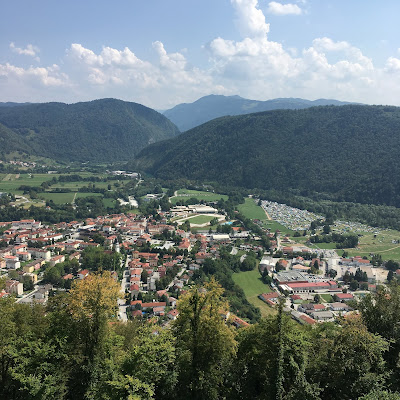 It's well worth the trek to the top though as you can see the entire town and festival site down below. 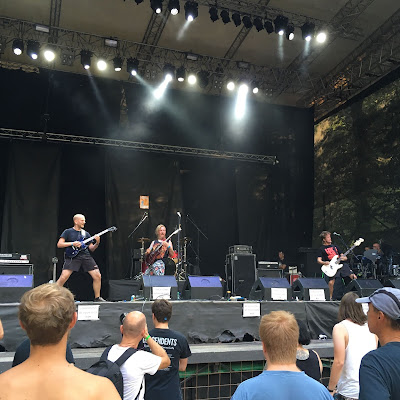 Rebuke opened the main stage on the final night. 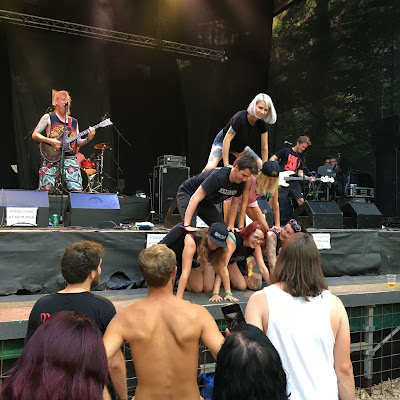 To be honest I don't remember too much about their set except for this human pyramid being formed. 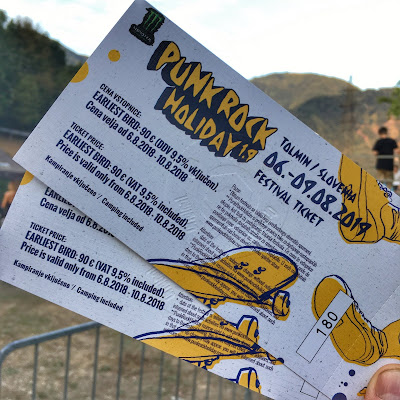 When a festival is this good you'll want to return again! A limited number of tickets for next years festival were available at the merchandise stall for just €90 each. 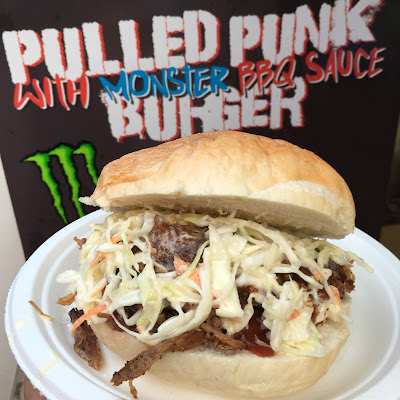 Today was my last chance to try the pulled punk burger. A generous heap of pulled pork in a Monster infused BBQ sauce was served with coleslaw in a huge bap. Quite messy to eat but delicious and well worth €8. 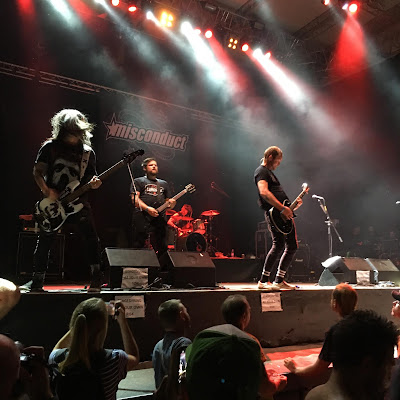 Misconduct from Sweden took to the stage next and performed with heaps of energy and scissor jumps a plenty from the singer. I tried to capture one but failed miserably. 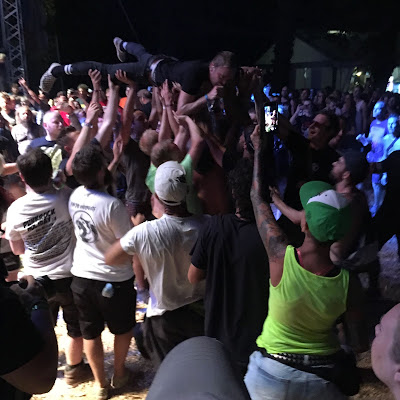 The singer of Misconduct eventually ended up high above the crowd! 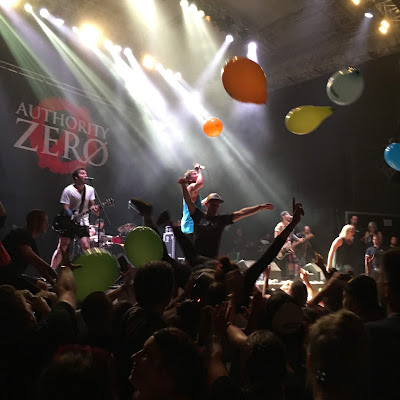 Authority Zero from Arizona were my highlight of the evening and one of my favourite bands of the festival. I'd never seen them nor heard any of their stuff before tonight but their explosive set felt so familiar and was mesmerising to watch. Balloons, confetti, a guy riding an inflatable parrot and crowd surfers filled the space above the crowd throughout their fast paced and hugely enjoyable set. 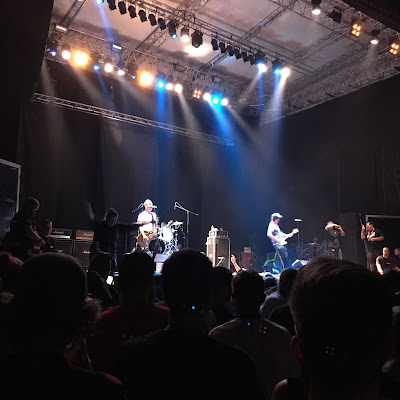 The Lawrence Arms took to the stage next playing a few songs I recognised. I have my wife to thank for this as she'd been listening to them a lot over the past few weeks. A much calmer performance than Authority Zero but a great set that went down well with the crowd. 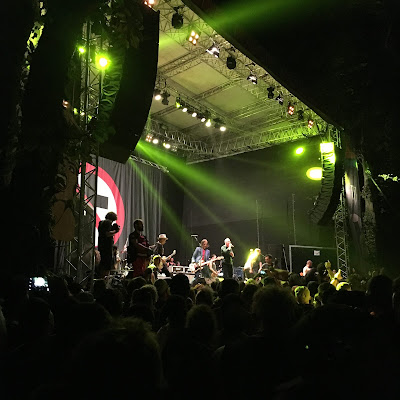 Finally closing the festival was Bad Religion. I'd seen them in Barcelona a couple of years ago and wasn't really a fan back then, tonight I felt the same. They pulled a massive crowd though who clearly thoroughly enjoyed their show which included them playing their 1988 album Suffer. 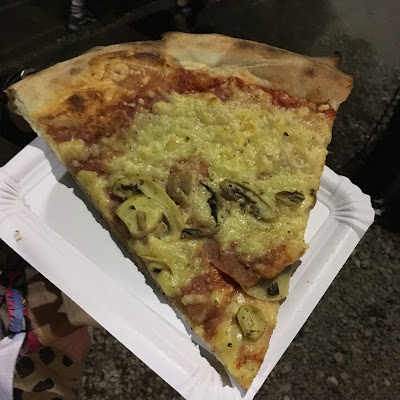 As we left the festival site for the final time the only thing left to do was eat pizza. It had been an amazing festival for so many reasons making the final walk back to the hotel quite a sad moment. But with our tickets for next years Punk Rock Holiday stored safely in my wallet we knew it was only a matter of time before we'd be back here again.

Click here for
Day 7 - Next stop Ljubljana
Posted by Fry Up Inspector at 10:36