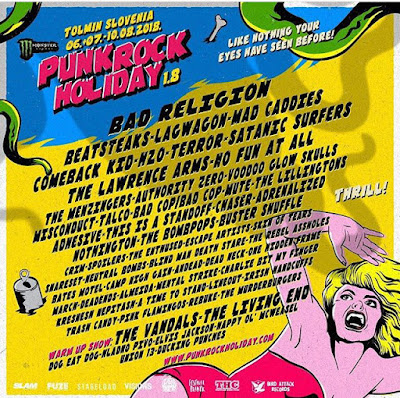 My wife and I had been eyeing up Punk Rock Holiday Festival in Slovenia for quite a few years. The location looked stunning, the line up was always impressive, those melonball cocktails looked really enticing and the Soca river looked so inviting. In late 2017 we finally decided to take the plunge and buy tickets (at a cost of €110 each) for Punk Rock Holiday 1.8 which would take place in August 2018. The months flew by and before we knew it we were at Stansted Airport ready to fly to Slovenia. 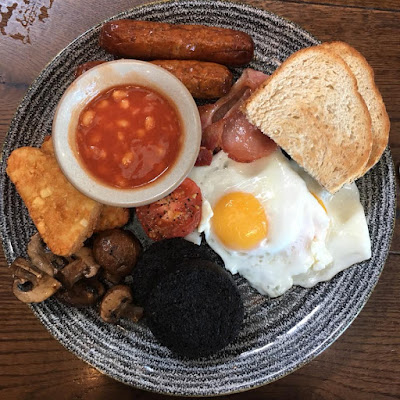 Once at Stansted we decided to kill some time with a breakfast at Wetherspoons. I usually avoid Wetherspoons in Norwich as they lack the ability to serve a hot breakfast, at Stansted though they seem more on the ball. Not the greatest breakfast I'd ever eaten by a long shot but it was quite acceptable. 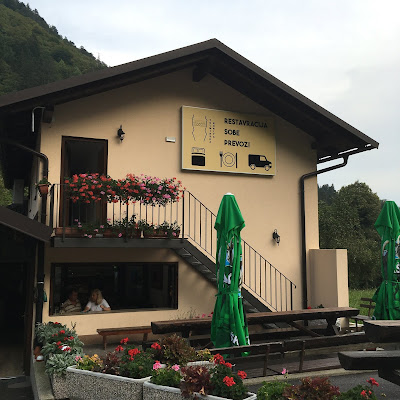 We flew in to Ljubljana airport with Easyjet and were greeted by our driver from Sun Transfers, I'd stressed about nobody being there to collect us at the airport but their service was flawless. A couple of hours later and we were at our home for the next six nights, Rooms Tolminska in Tolmin. Our flights cost £169 return per person, the transfer from Ljubljana to Tolmin cost £102 and a double room at Rooms Tolminska cost £400 for 6 nights. The cost of the festival ticket included camping on site but I didn't fancy camping in a tent so we pushed the boat out and booked accommodation instead. Yeah, not very punk rock I realise but having now seen first hand how chilled out and friendly Punk rock holiday is we'd definitely consider camping next year. 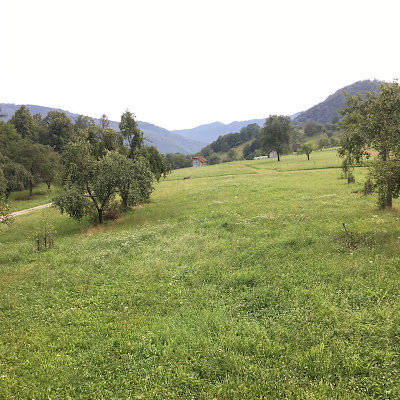 Our accommodation was close to the entrance to Tolmin Gorge at the edge of Triglav National Park. Tolmin was a 30 minute walk away but to get to the main stage of the festival it took a good 50 minutes of brisk walking, so it was going to be quite a trek getting to and from the festival each day. The location was beautiful though and the staff at the hotel were lovely, this was the view out of our window. 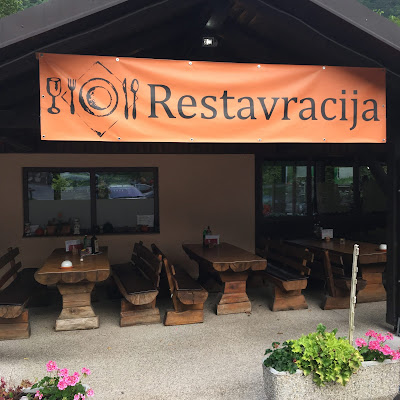 Having a restaurant downstairs from our room was certainly very handy and the room itself was spacious, clean and well equipped with wifi and air conditioning. 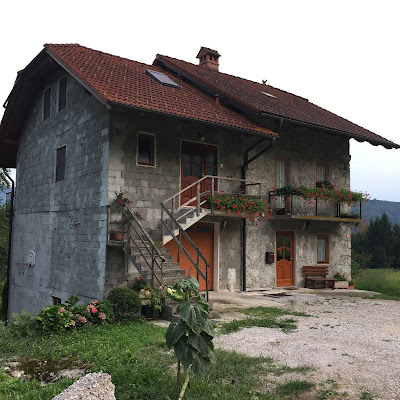 The festival didn't start until tomorrow but we were keen to explore Tolmin. The walk to Tolmin followed the Tolminska river along a track passing farmhouses and stunning scenery along the way. 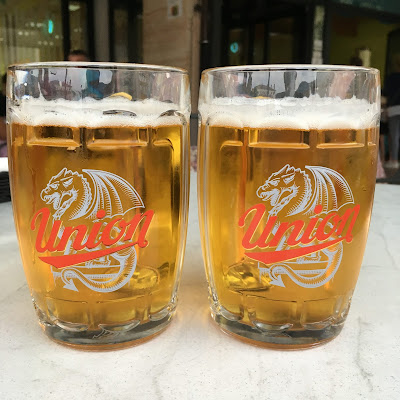 As soon as we got to Tolmin we ordered two beers, it was at this point we realised just how cheap things were in Slovenia. A large Union Beer cost just €2.50! 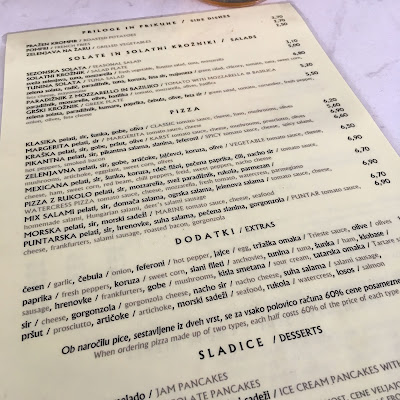 With pizzas here costing under €7 we decided to order some. 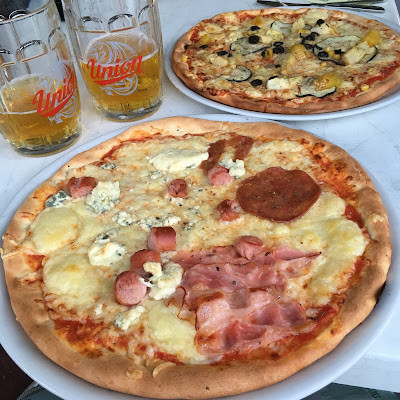 I ordered the Puntarska which was topped with frankfurters, salami, bacon and gorgonzola. The cheese on these pizzas was really creamy, great pizzas! 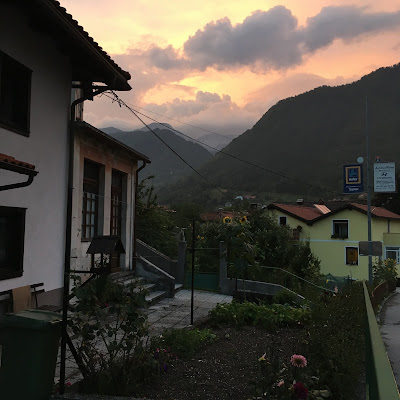 Tolmin is situated on the Southern rim of the Julian Alps, the views from the town are breathtaking! As we returned to our hotel a pink glow illuminated the sky. We had a final beer and got some much needed sleep as the festival warm up show was happening tomorrow.