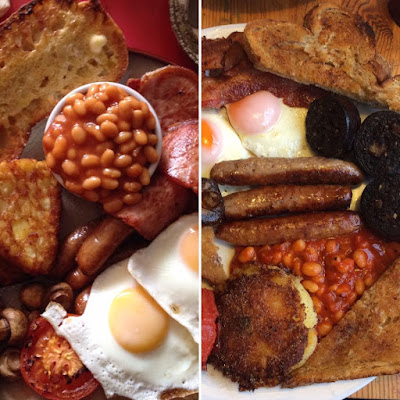 There was just one fry up inspection in January at Zak's Waterside in Norwich, it wasn't particularly a memorable highlight though. The debate over whether you prefer beans served directly on the plate or separate in a ramekin however over on my facebook page was far more interesting. Opinions were divided with both sides insisting their preferred way was best. I'm personally not fussed either way really as long as they end up over my toast or fried bread. 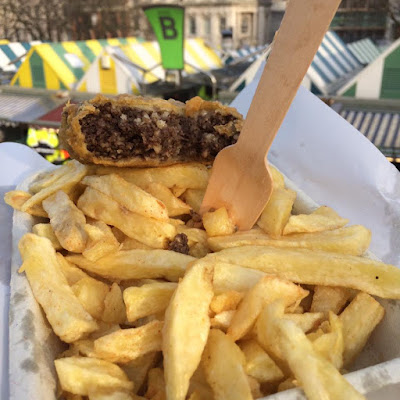 Towards the end of January I visited Norwich market where battered haggis was being served at Lucy's Chip Stall. I love haggis, so coated in batter and served with a portion of chips certainly made for a delicious lunch. 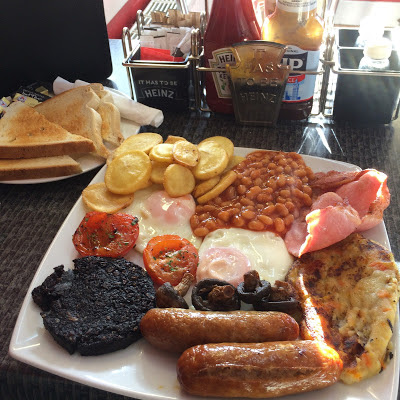 A trip to Acle in early February turned out to be a wise decision as I discovered the great breakfast being served at Scooters Cafe. It featured sausages by Archers and bubble and squeak, both of which helped it to earn a place in the recommended section. 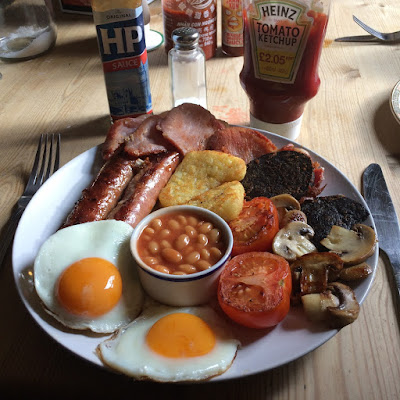 The recommended section grew further towards the end of February when I went for a late breakfast at The Plasterers in Norwich. The beautifully presented big boy breakfast featured a pair of jumbo sausages from nearby Peter's butchers, great looking eggs and a mug of coffee in a Charles and Di mug. 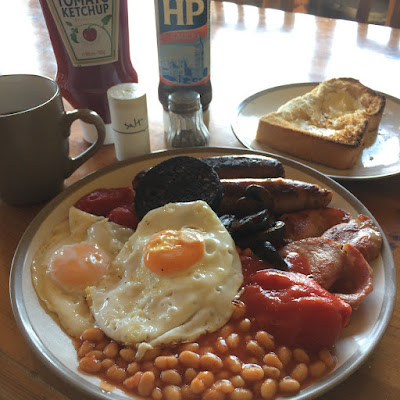 Jan's Country Kitchen had told me to visit them a long time ago and by the time I finally made it out to Mulbarton I was just in time as a few weeks later it sadly closed. Most definitely a highlight though as Jan was cooking up The Works breakfast which included a drink for a mere £6. Bear in mind though that this breakfast featured quality butchers meats and was cooked in a catering trailer outside the wooden cafe building, impressive stuff and incredible value for money! 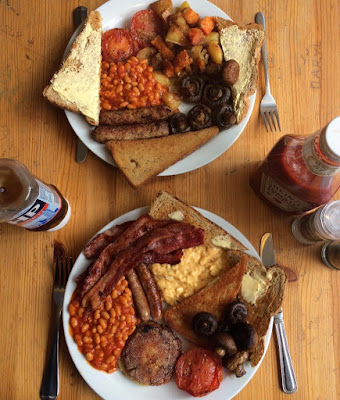 In April I visited Stars Cafe and Drayton Road Cafe in Norwich, I also headed to London to check out Barbarella's Cafe and cycled to Reepham for breakfast at Diane's Cafe. All nice enough but my April Highlight had to be breakfast at Olives, the perfect start to my Easter weekend. 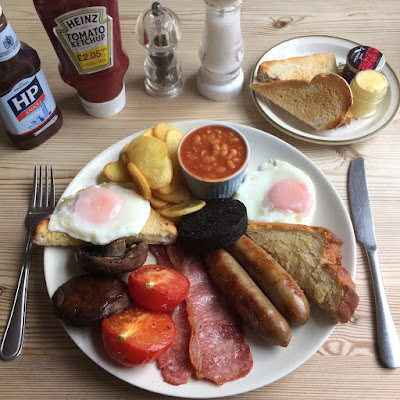 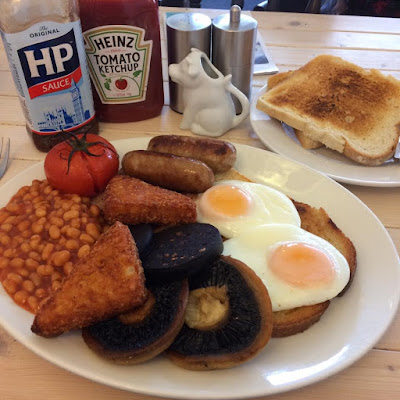 I'm proud to have The Street Cafe in Norwich as my local cafe and this bumper breakfast I ate there in June was just what I needed when I woke up craving a really nice fry up. The service, environment and food is consistently excellent every time and they serve the best ever sausages by Archers. In June I'd also visited Brewdog in Norwich and Rosy Lee's Tea Room in Loddon, but the mighty Street Cafe breakfast really stood out and was most definitely my highlight of June. 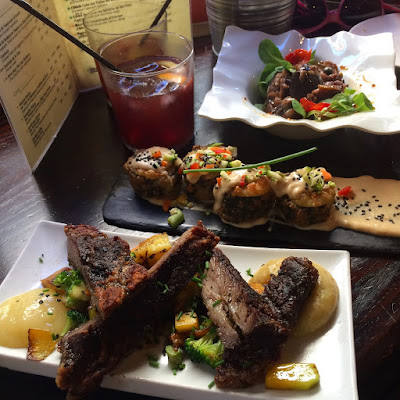 Having not been abroad for a whole year I was eager to head to Spain in July for the 2017 Spanish Food Adventure. My wife and I ate our way through Girona, Barcelona and Seville, stopping off at The Psychobilly Meeting Festival in Pineda De Mar as well. 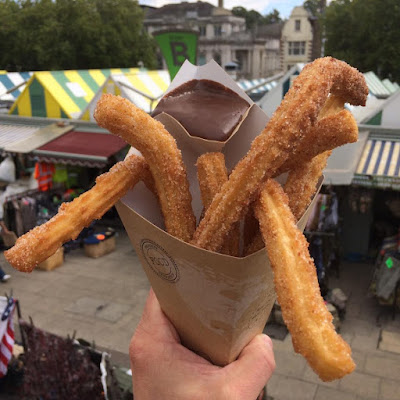 In August I made the most of the hot weather and enjoyed eating out on the streets of Norwich. The choice of food stalls on Norwich Market was growing and some pretty impressive things were being served up. One thing that I particularly enjoyed was the delicious churros being served at Churros and Chorizo, even better than the ones I'd eaten last month in Spain! 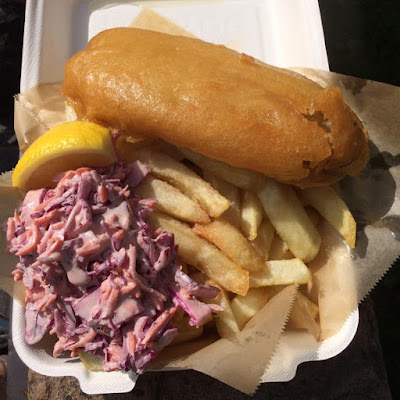 I also checked out Red Herring at Grosvenor Fish Bar in Norwich. Crispy battered smoked herring served with a red coleslaw and chips, a thoroughly delicious combination that went together so well. Certainly an unforgettable lunch which I enjoyed on the wall outside The Birdcage. 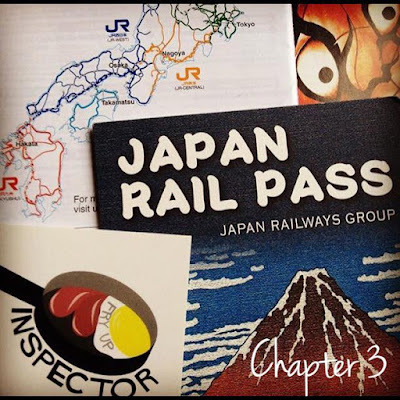 Without a doubt my highlight of the year began in September when I returned to Japan once again for The Japanese Food Adventure - Chapter 3. We travelled over 5000km by bullet train from Sapporo in the North right down to Kagoshima down South. We also visited Tokyo, Hakodate, Sendai, Takamatsu, Naoshima and Nagoya. Not only a highlight of 2017 but I'd say the highlight of my life, I loved this trip! 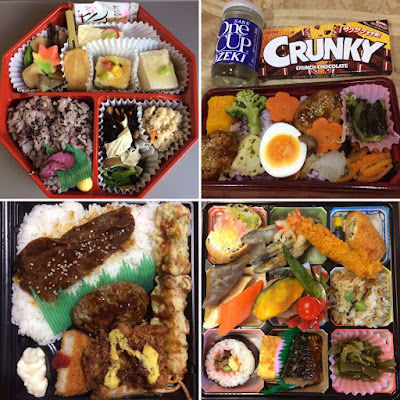 I spent the beginning of October in Japan and the rest of the month writing about it, you can read all about it here. 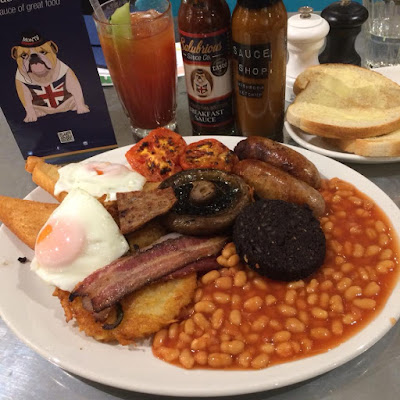 The fry up event of 2017 was without a doubt National Fry Up Day on 4th November and the place to be was at Pomonas in London at The Great British Fry Off event organized by The Fry Up Police. I nervously went along on my own and came away hours later (I nearly missed my train!) having had a great time. I met some fantastic people there, got quite drunk and enjoyed an incredible fry up made by top London chef Gareth Sanderson, the Pomona team, Ben Hesketh and the legendary Doctor Fry. The fry up featured ingredients by Archers, The Fruit Pig Company, Palfrey & Hall and Cackle Bean. The sauces to accompany it were by Salubrious Sauce Co, Sauce Shop and Howling At The Moon. I can't wait for next years event! 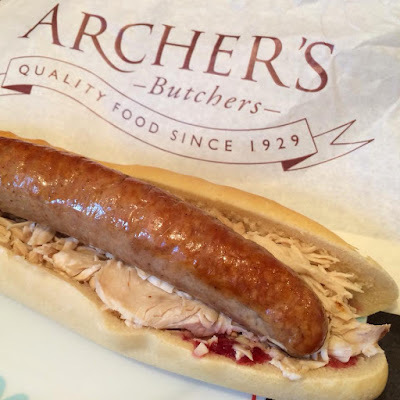 As December was edging closer and shops had their Christmas displays all set up I got excited about festive sandwiches once again. I tried many of the chains offerings and Pret once again impressed me but many of the others were a bit bland and lacked flavour. I knew Archers wouldn't let me down though, their festive baguette proved that independents are always the best option. I also learnt that they serve their turkey, stuffing and cranberry sauce baguette all year round, I celebrated by adding a sausage on top. 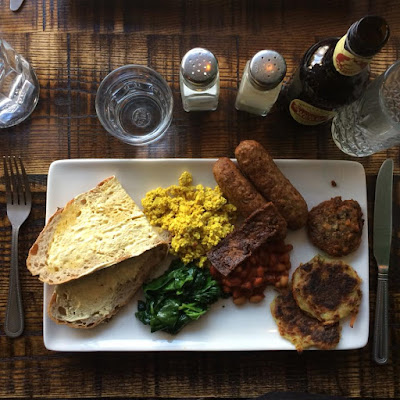 My wife had nearly always accompanied me on fry up inspections since I started my blog over seven years ago. As the blog progressed she became vegetarian and then vegan, this gave me an insight into the veggie/vegan options available at each place I visit. In November I gave her access to the blog so she could write her first review which was brunch at The Tipsy Vegan in Norwich. She did an excellent job and I do hope she writes more reviews in the future! 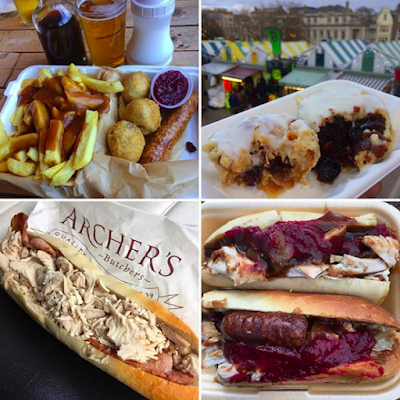 In December I went in search of the best festive take away food Norwich had to offer. As always my top finds were available from Norwich Independents, you can read my Four festive favourites in a fine city article here.

Many thanks for your support in 2017!