Cycling to Malgrat and dinner at Les Caves 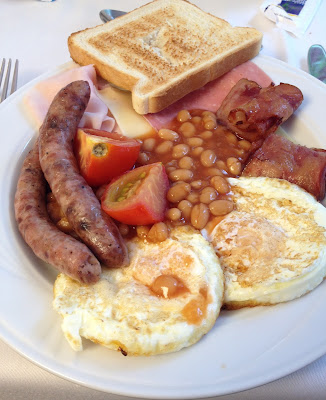 We were up by 9am with no hangover which was a real bonus, time to head downstairs for the hotel buffet breakfast. I couldn't resist a selection from the hot and cold food on offer. The chipolatas were a nice surprise and pretty good quality, as always the Spanish tomatoes were amazing, and beans were a bonus. 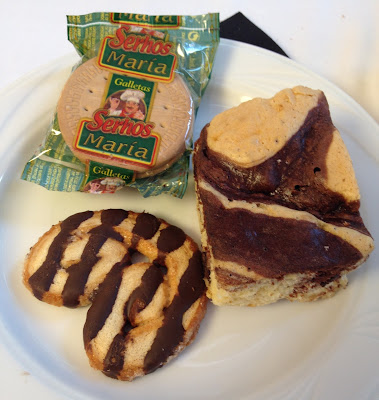 Afterwards I explored the cakes, quite nice but so dry! You can't go wrong with a packet of Maria biscuits though, I decided to save these for later. 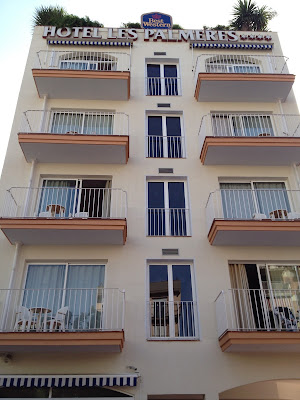 I took a look around the hotel, although further away from where we wanted to be it was growing on us. 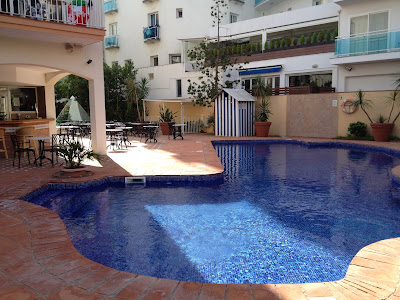 The pool area seemed quite nice, we decided to return for a dip later. 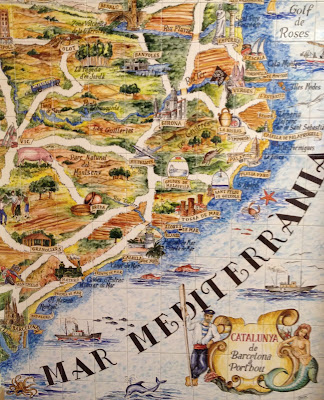 The map in reception prompted us to hire bikes today and head up the coast. 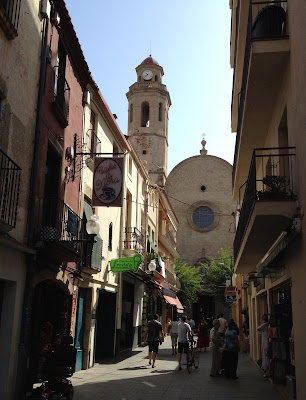 First we explored Calella in search of a place that hired bikes. 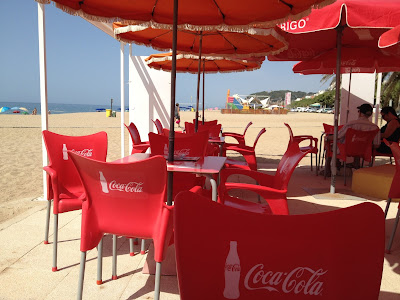 With the temperature rising above 30° we stopped of at a beach bar. 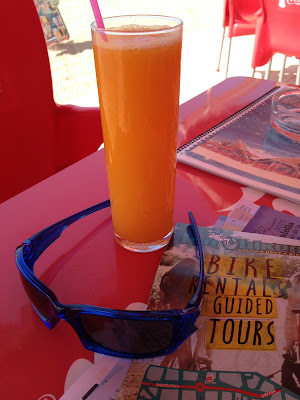 We'd found a bike rental shop nearby so planned our trip over a freshly squeezed orange juice. 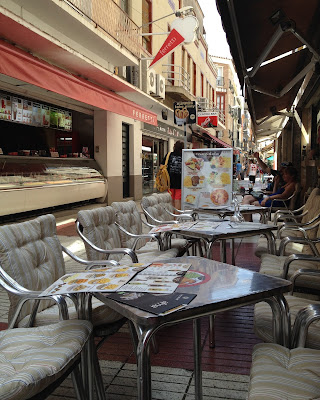 It seemed insane to go cycling in the midday heat so we decided to go later in the day. These seats outside a bar looked really comfy so we stopped and ordered some sangria. 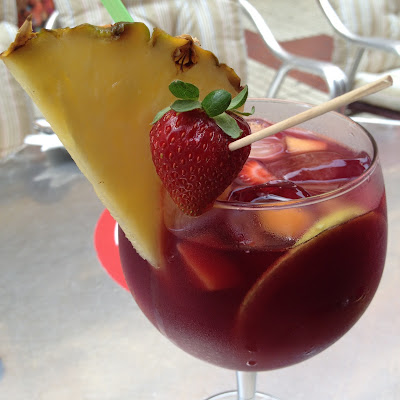 Sangria can vary hugely depending on where you go, this place served the perfect glass though! 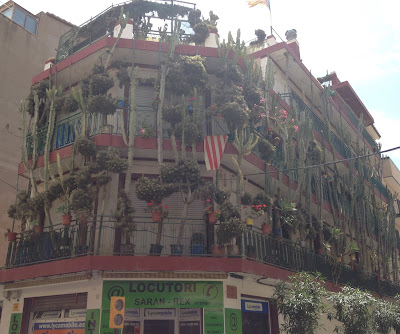 The cactus house in Calella, its been here for years. 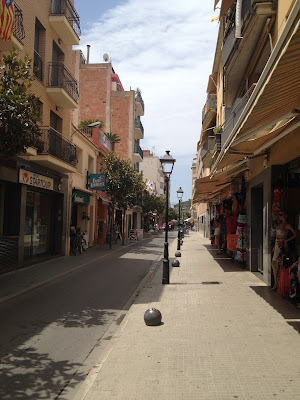 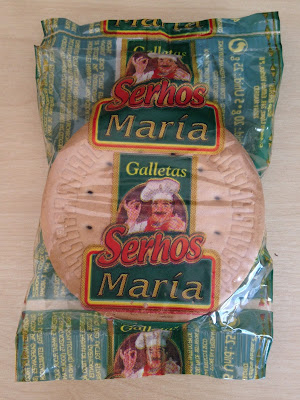 Back at the hotel room I enjoyed the Maria biscuits I'd saved from breakfast. Since returning I found these same biscuits in 99p Store, strangely I only ever enjoy them in Spain though. 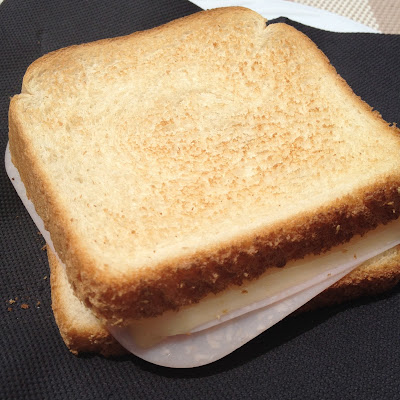 Feeling a bit peckish I ordered a bikini from the hotel bar, I really needed to try one of these with a fried egg, all in good time though. We were saving our appetite for a big dinner later at our favourite restaurant Les Caves. 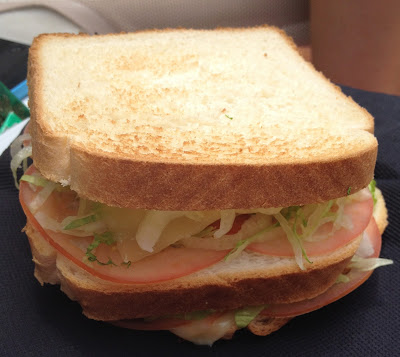 My wife ordered a bikini without ham and ended up with a triple decker cheese and salad toastie, I had extra slice envy. 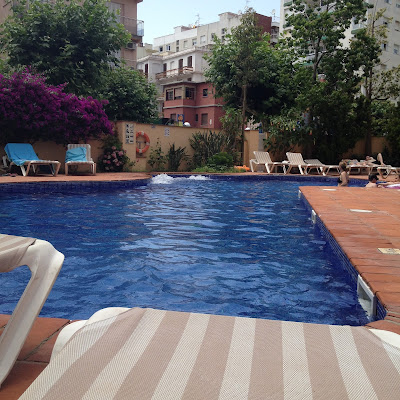 I can't stand a busy pool so was delighted to find ours so peaceful, we jumped right in. 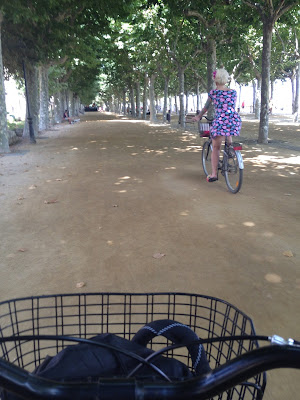 By 4.35pm we were cycling along the shaded cycle path towards Santa Suzanna. 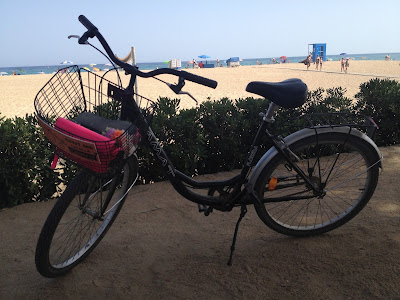 We didn't stop for nearly an hour until we reached Malgrat De Mar. This shady spot under a tree seemed like the perfect spot to take in the view. 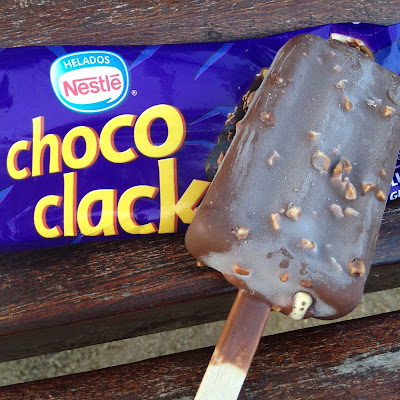 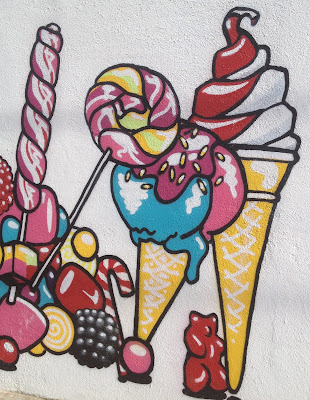 We cycled along the coast until we couldn't get any further, only stopping to photograph this tasty looking street art. 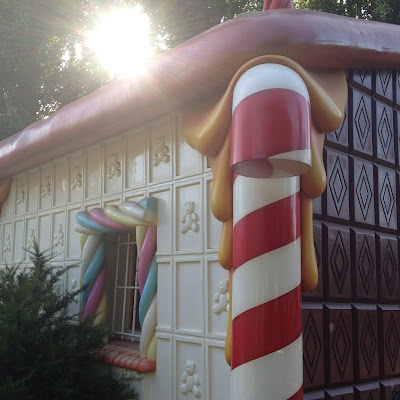 We had been here before (Parc Francesc Macia) and couldn't resist revisiting it. The park is covered in giant cakes and pencils, we did get a stern telling off for cycling through it though by the park attendent. 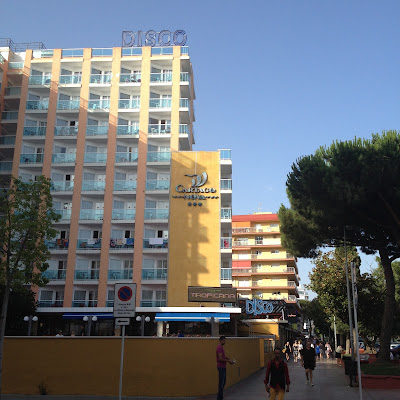 By the time we left Malgrat De Mar our legs were turning to jelly, the city bikes we'd hired only had one gear, it seemed like a great plan at the time though! 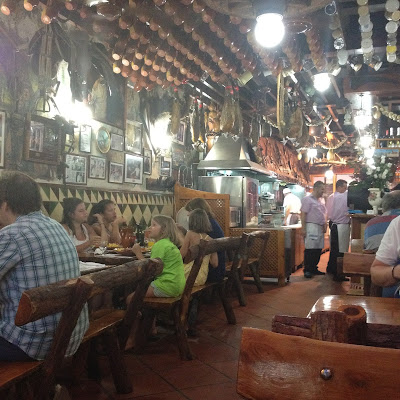 Our 14 mile cycle ride had certainly given us an appetite for food. You can't visit Calella without visiting Les Caves, this place never changes and the food is always amazing. 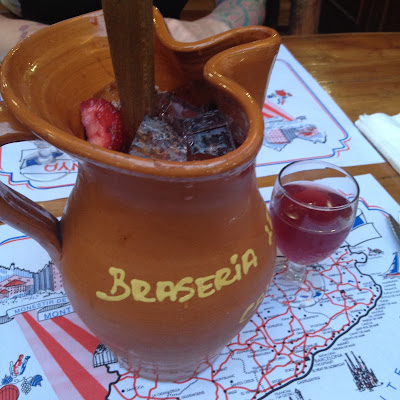 We'd decided to not venture to the festival tonight as we wanted to be on top form to see The Toy Dolls the following night. Instead we ordered a large jug of sangria, always really good at Les Caves. 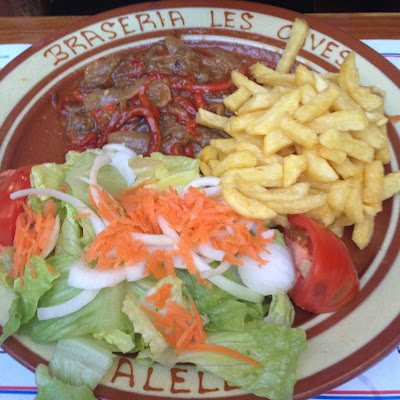 The homemade hand cut and double fried chips here are to die for. The fresh salad may look pretty standard but those juicy Spanish tomatoes and onions are pretty damn special. My wife ordered red peppers, onions and grilled aubergines. 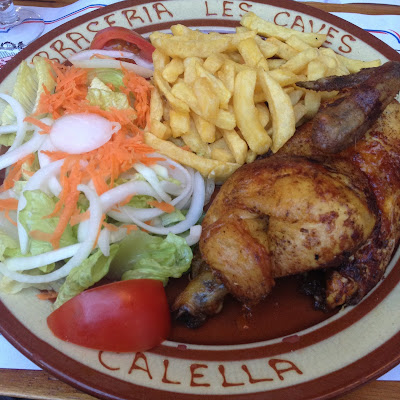 I ordered half a chicken, the best chicken and chips I've ever eaten are served here. The chickens rotate on the spits by the entrance, they're stuffed with a special blend of herbs and spices and the meat falls right off the bone. 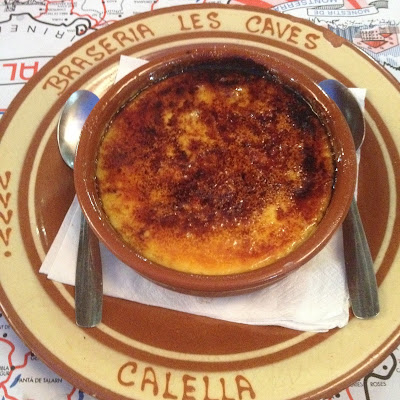 Our favourite Spanish dessert is Crema Catalana and Les Caves had perfected it. Its topped with a thick glass like sugar coating that you crunch through to get to the delicious custard beneath. It's very similar to the cream based French desert creme brulee but the spanish version is lighter due to being milk based. 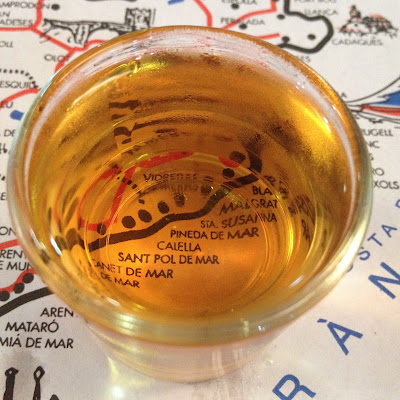 Once the bill arrives you're treated to one final Les Caves speciality, hazelnut liqueur. Words can't describe how amazing this stuff is, the perfect end to a great day!

Click here for Day 3
A boat trip to Tossa De Mar
Posted by Fry Up Inspector at 16:51