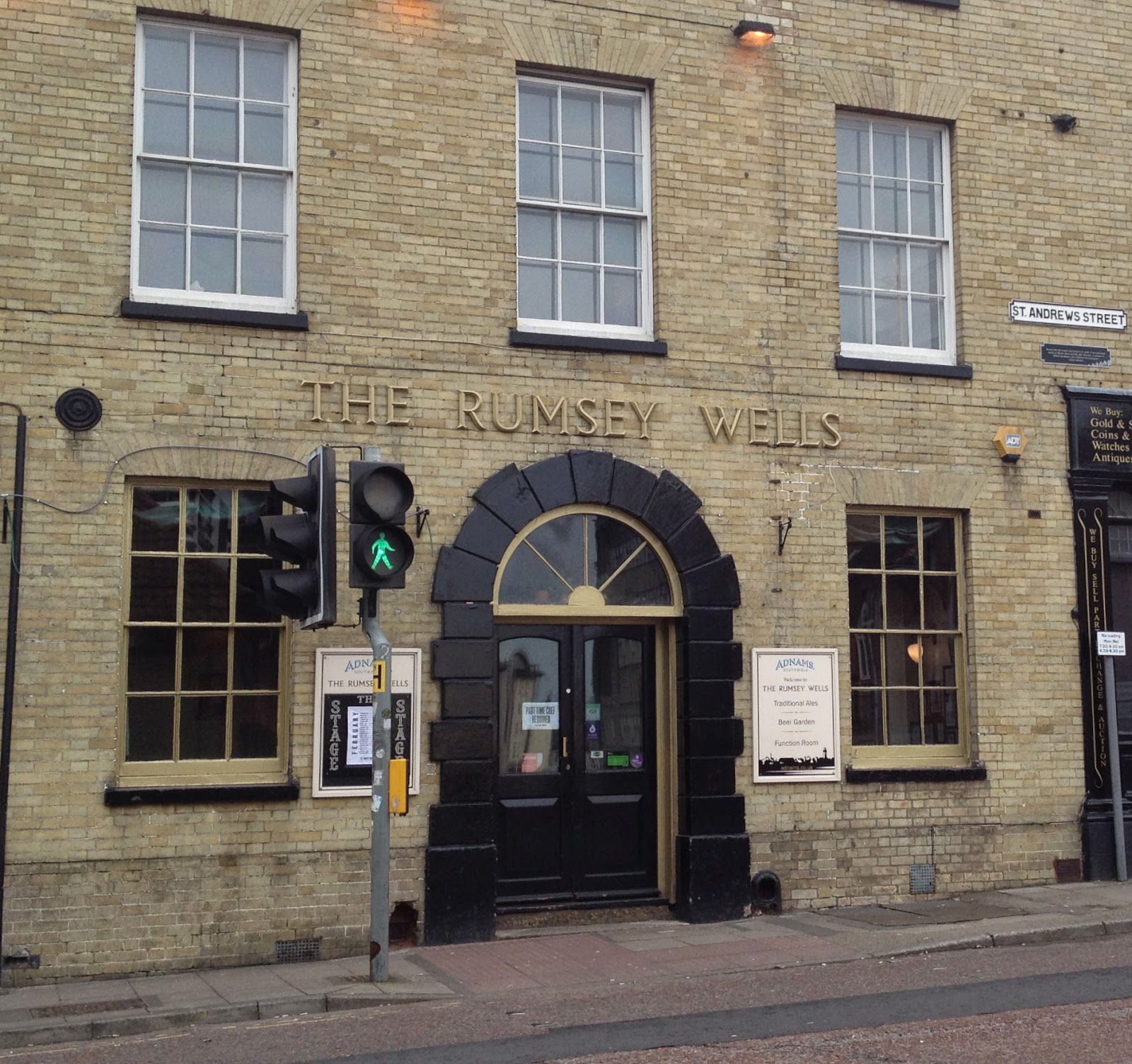 I've been in The Rumsey Wells many times over the years and often too drunk to remember it! It was time to visit sober though as an all day breakfast was on the menu. 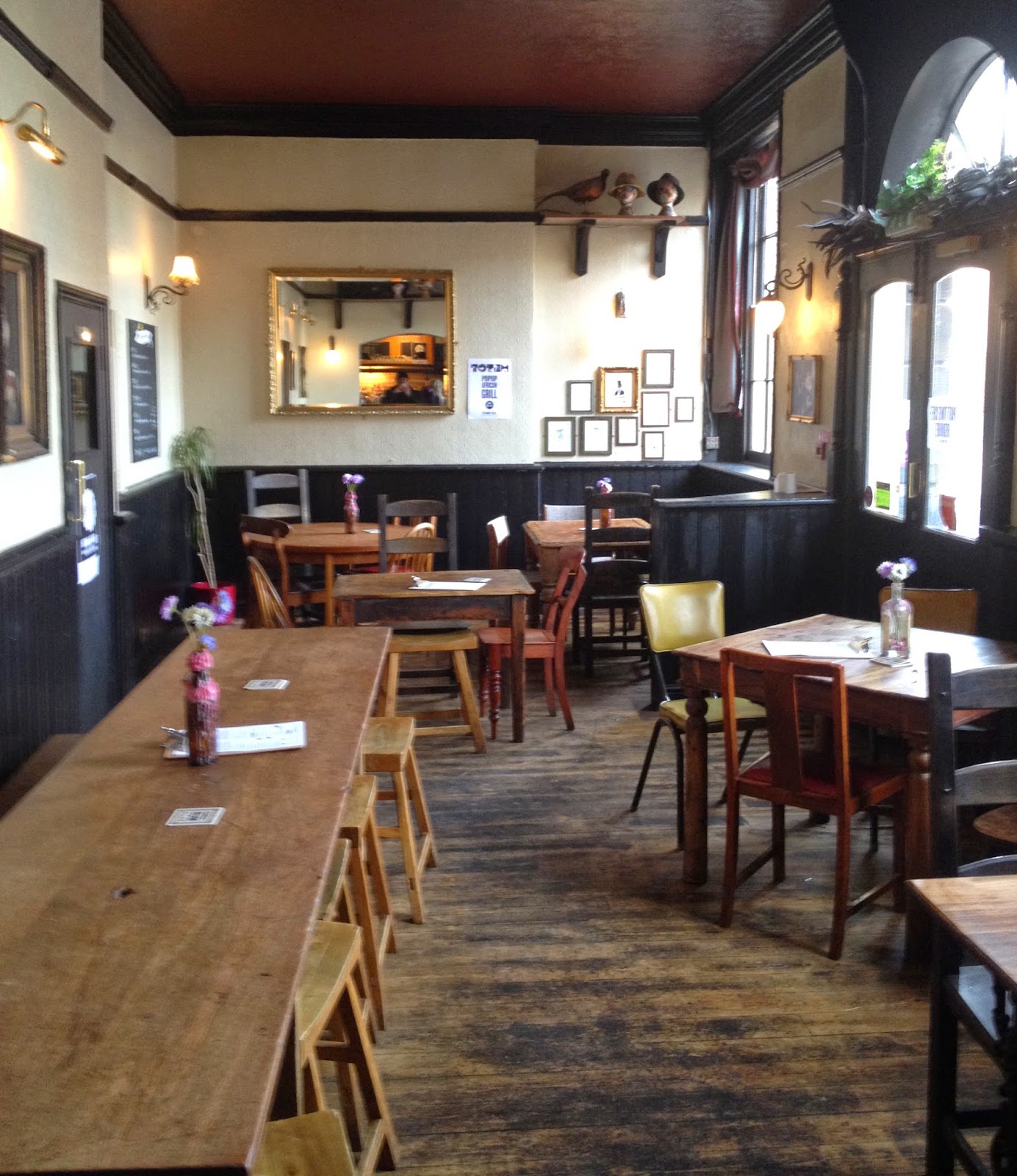 Photos on this visit were easy as nobody was about. 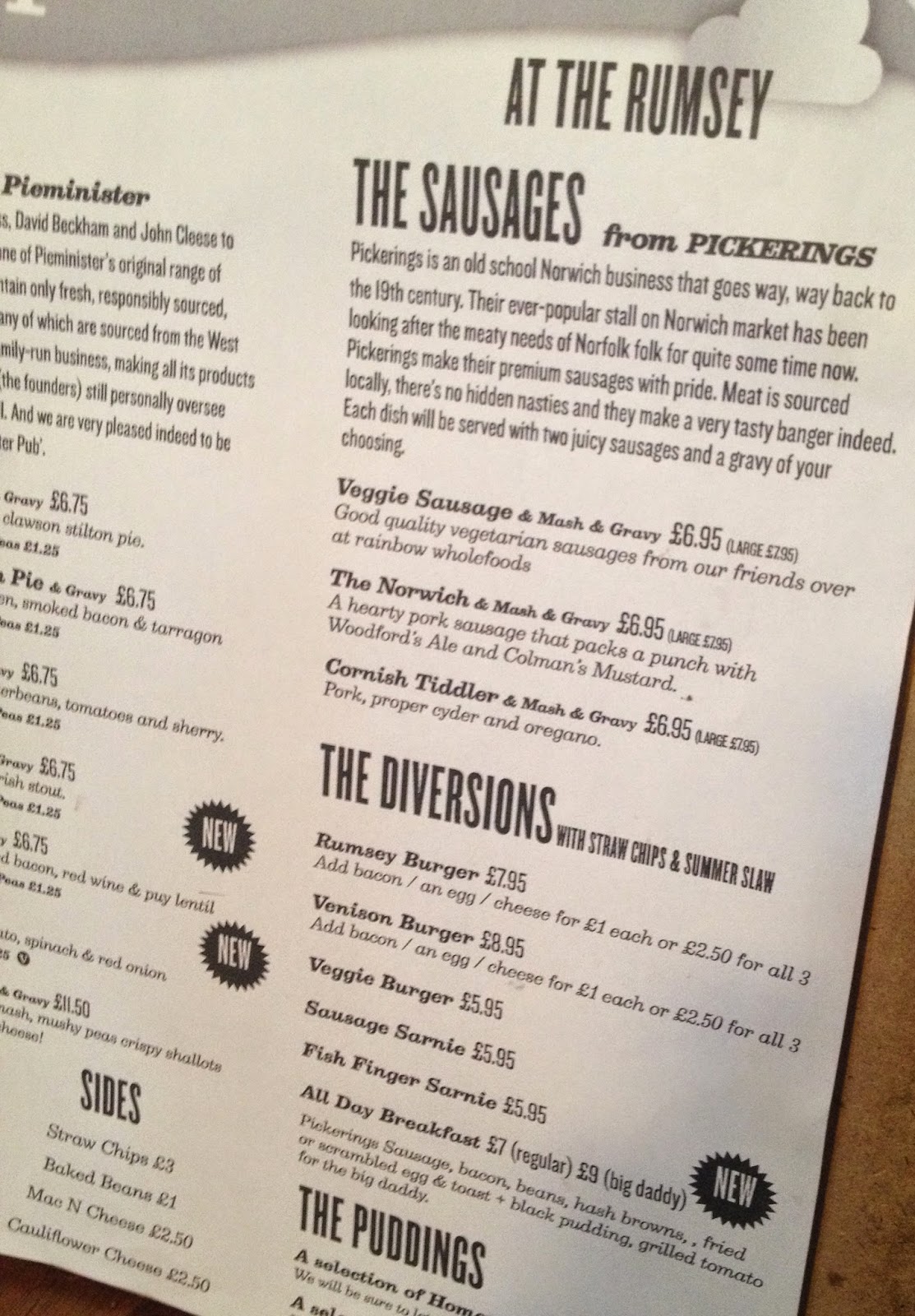 The all day breakfast was £7 for a regular or £9 for a big daddy. Although not mentioned on the menu they were happy to do a vegetarian breakfast for my wife. 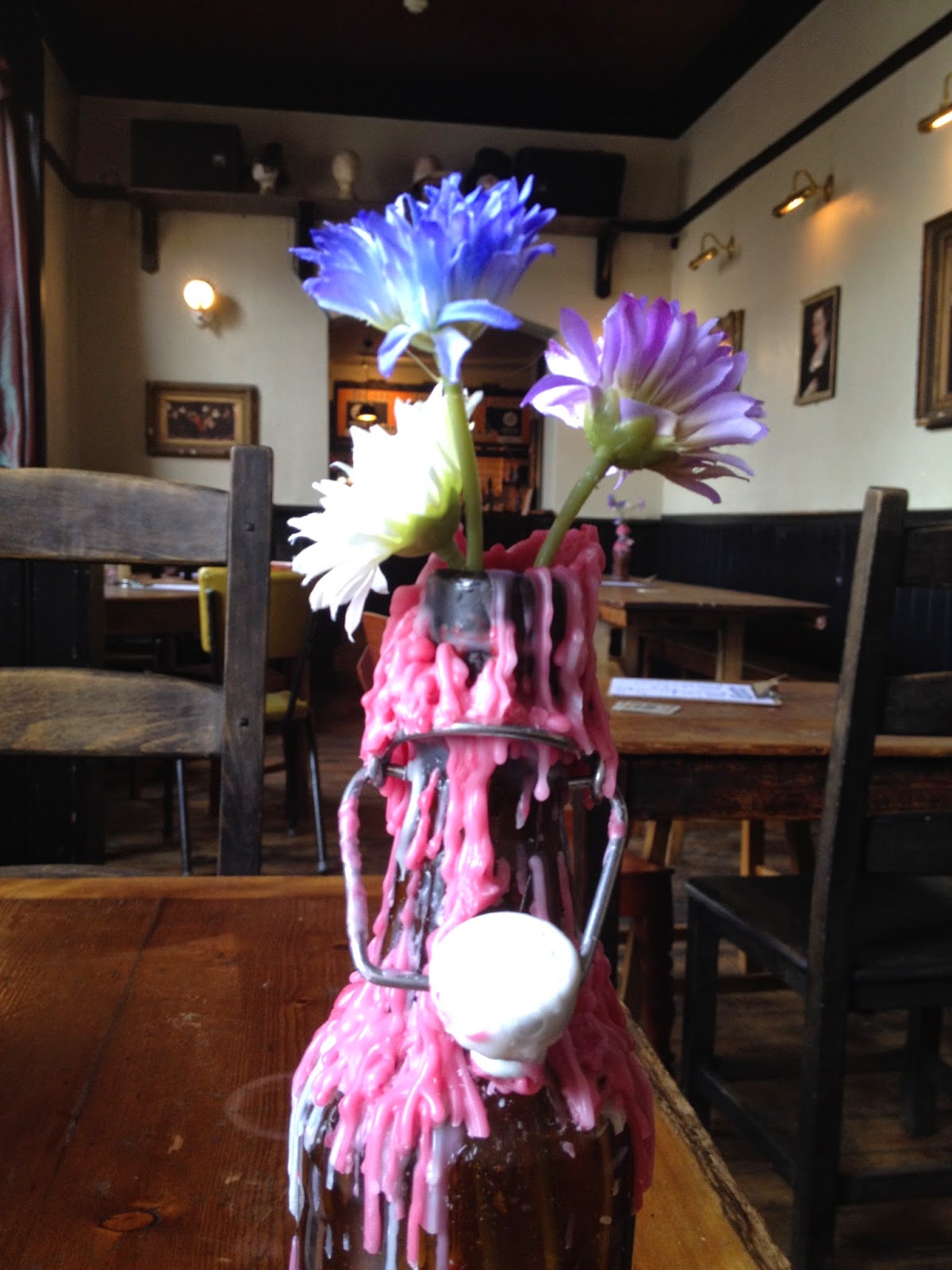 A wax coated bottle filled with plastic flowers, I quite liked it. 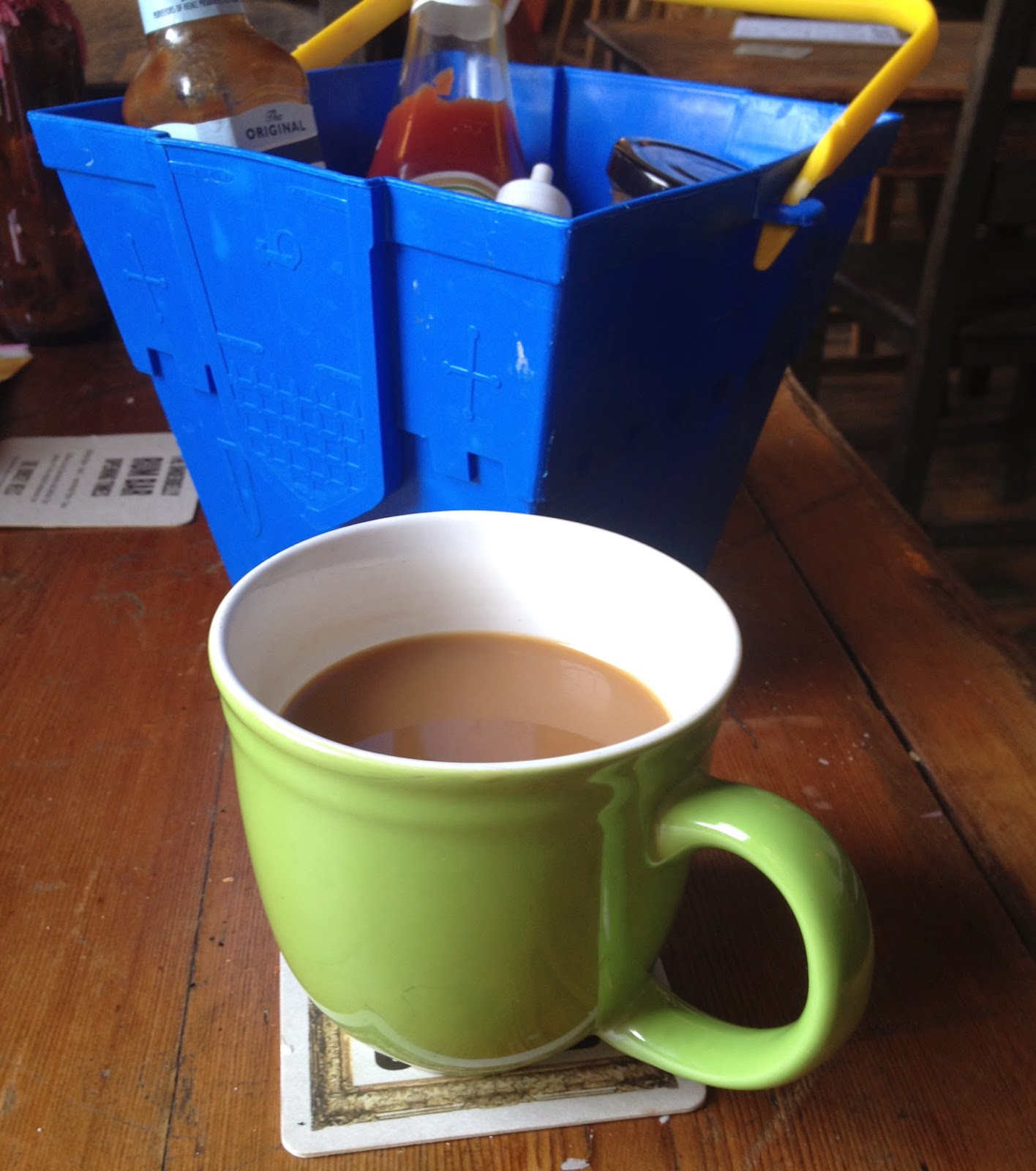 Between midday and 2pm a free tea, coffee or fruit juice comes with the breakfasts. 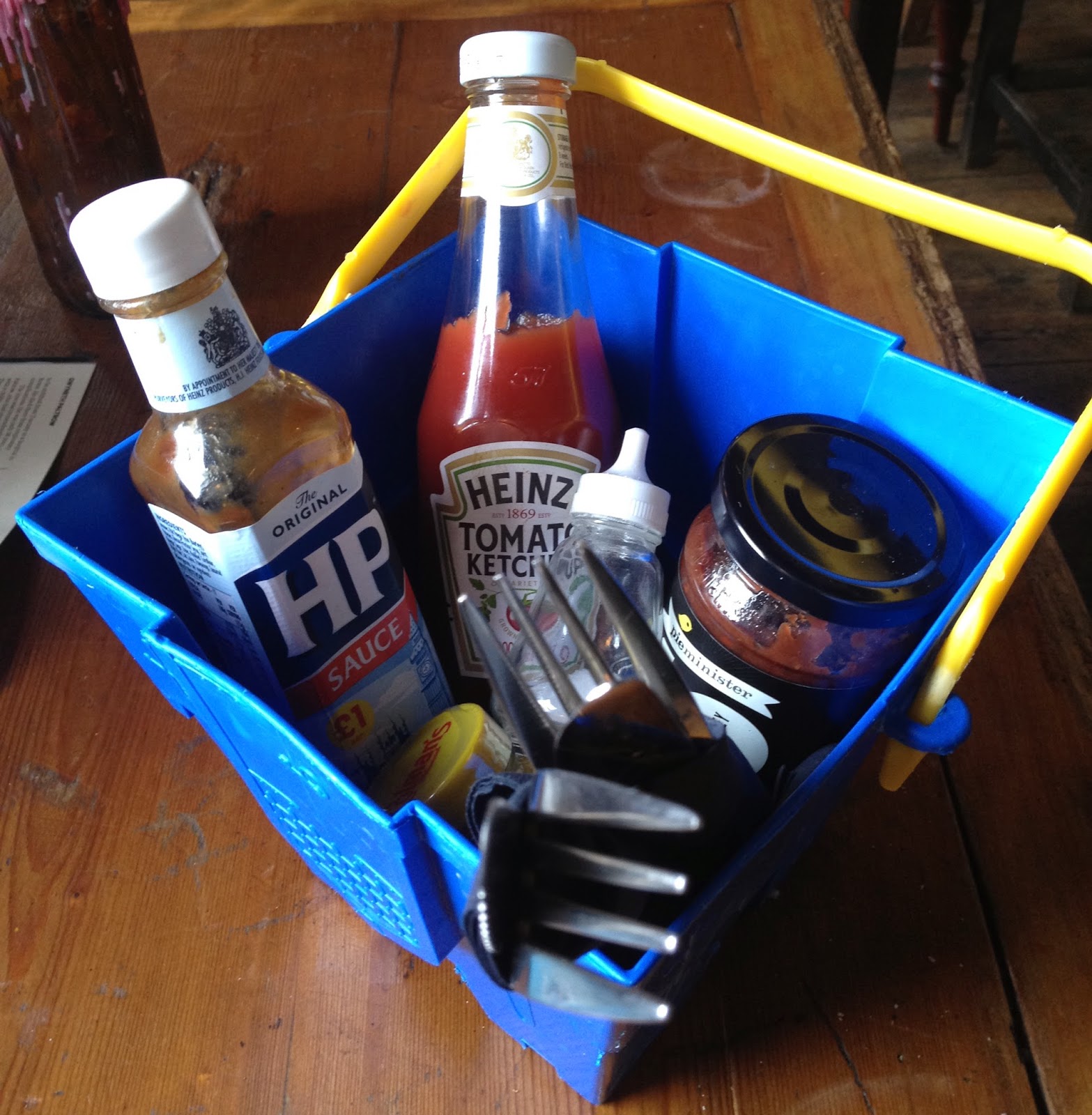 A sand castle bucket arrived with everything a breakfast might need. 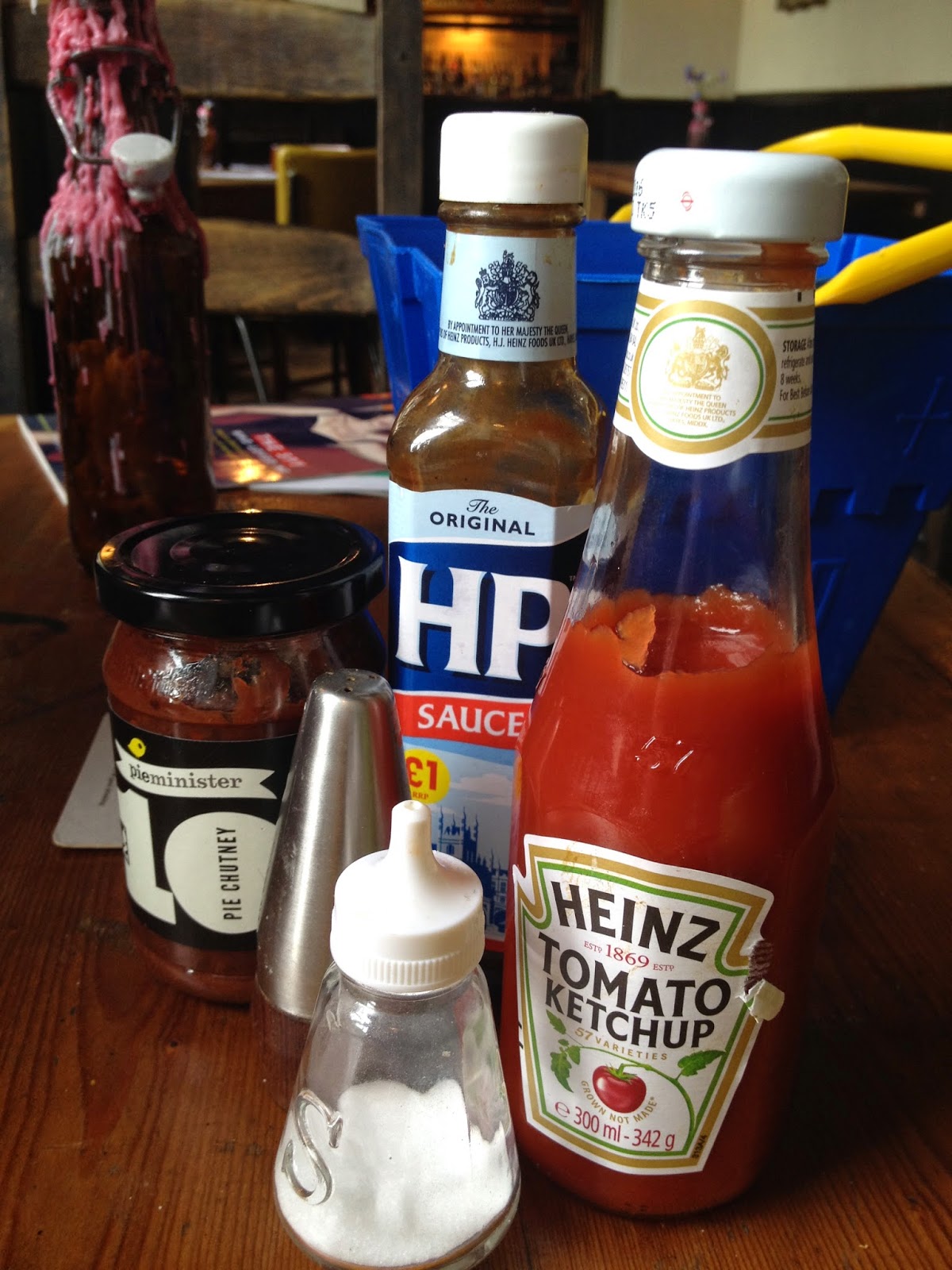 You can't go far wrong with HP and Heinz but something much better had joined the condiment gathering.. 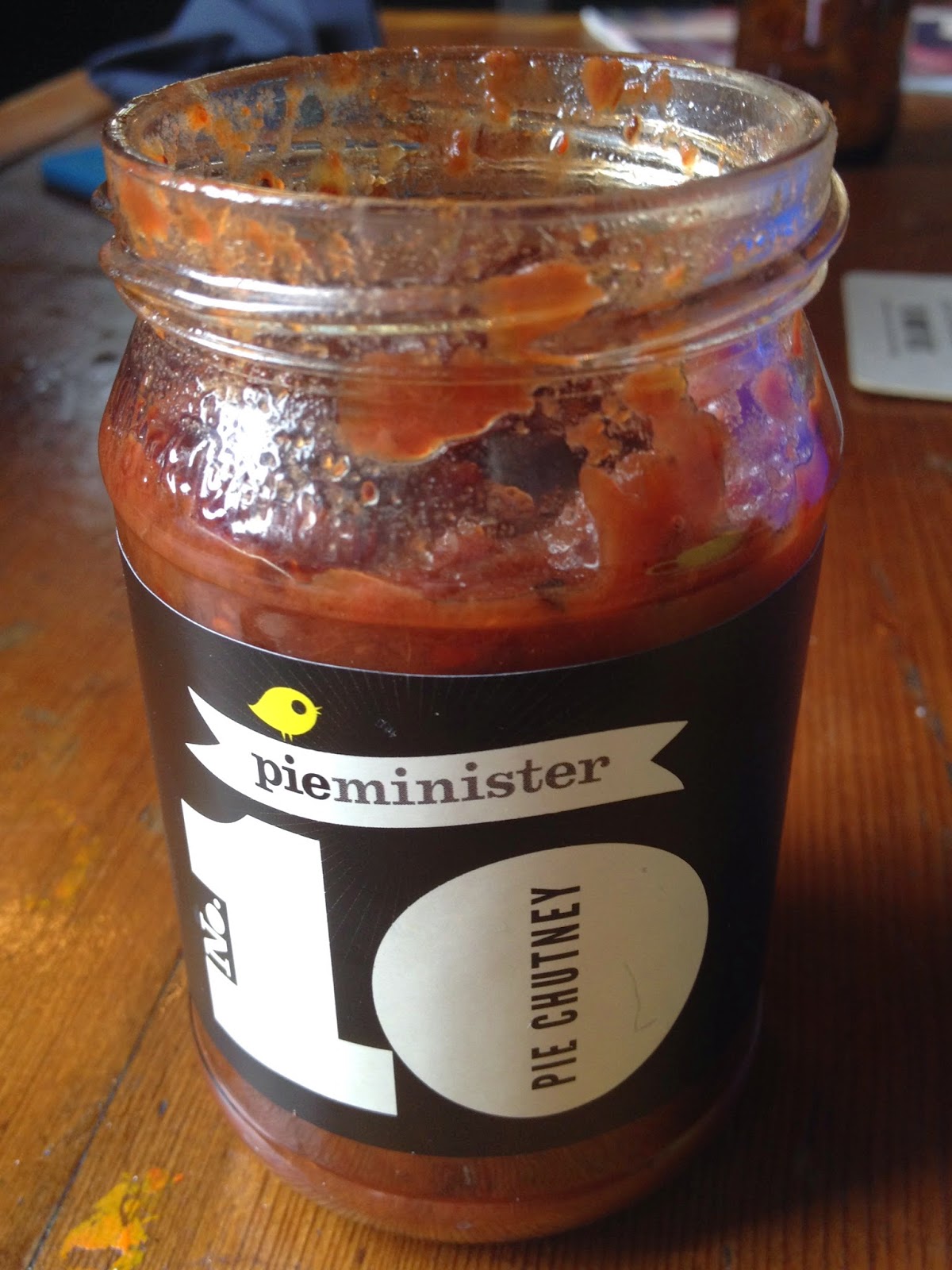 Pieminister pie chutney! It went down a treat with the bacon. 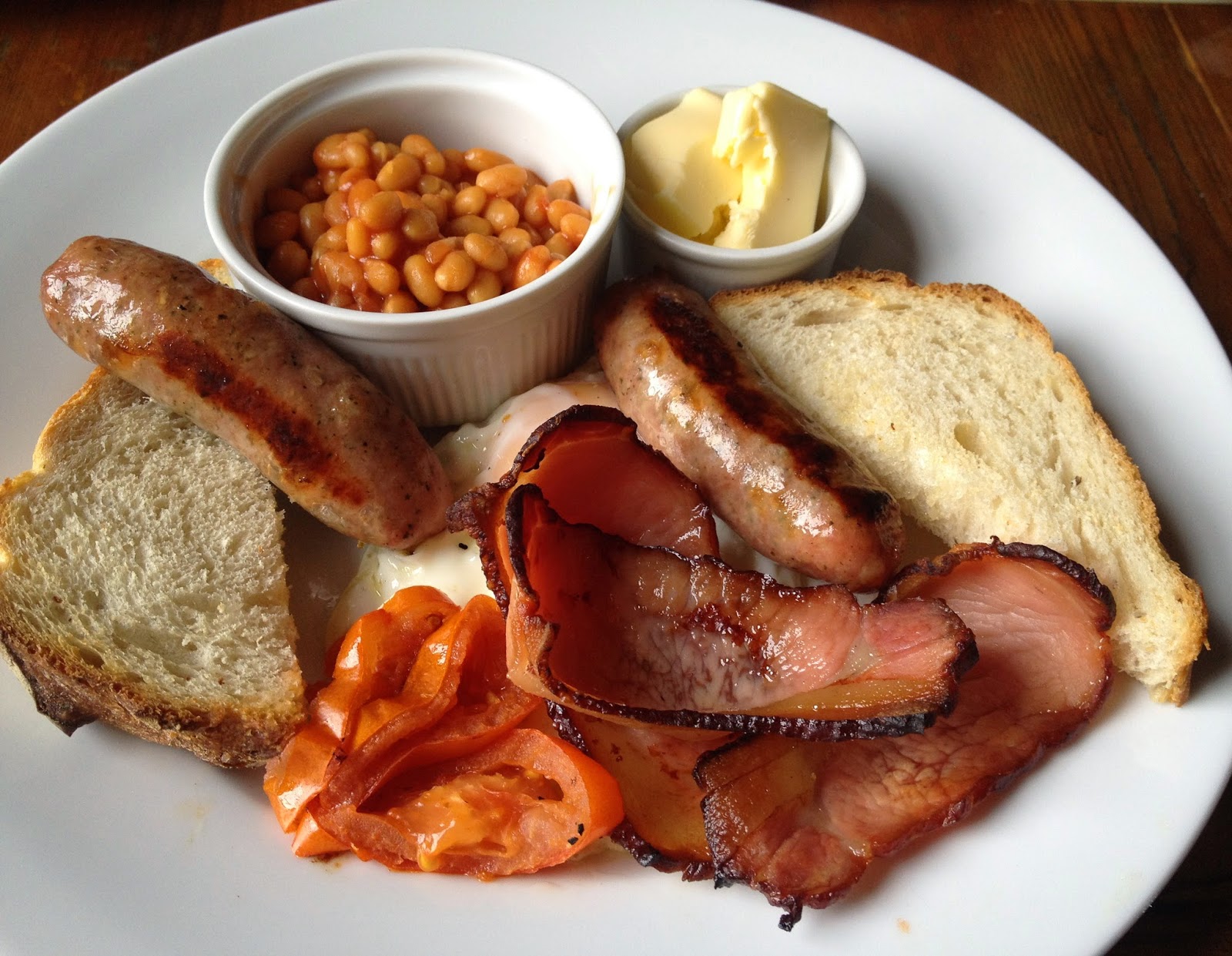 This was the big daddy breakfast, something didn't seem quite right though. 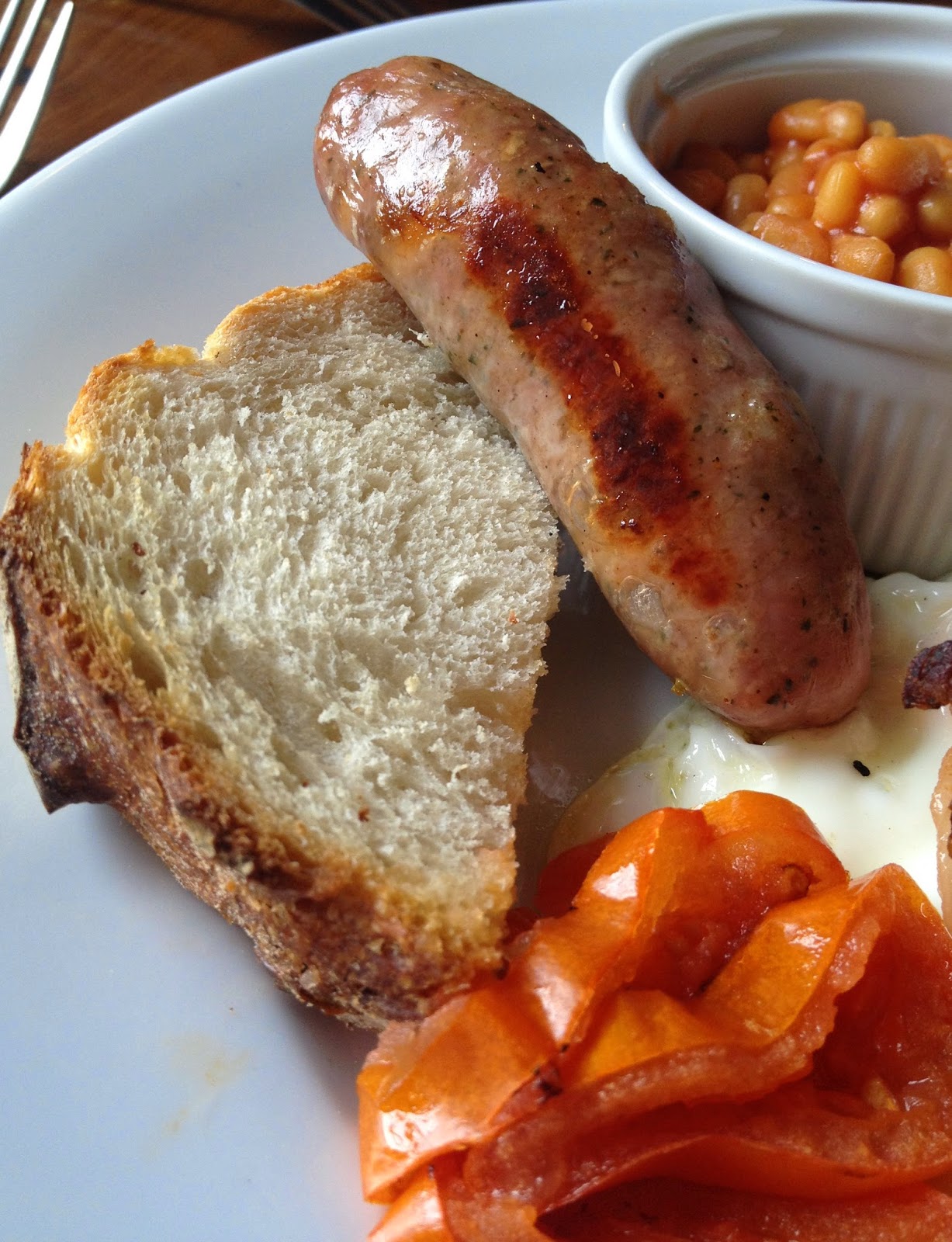 Stunning Pickering's sausages but was the toaster broken? 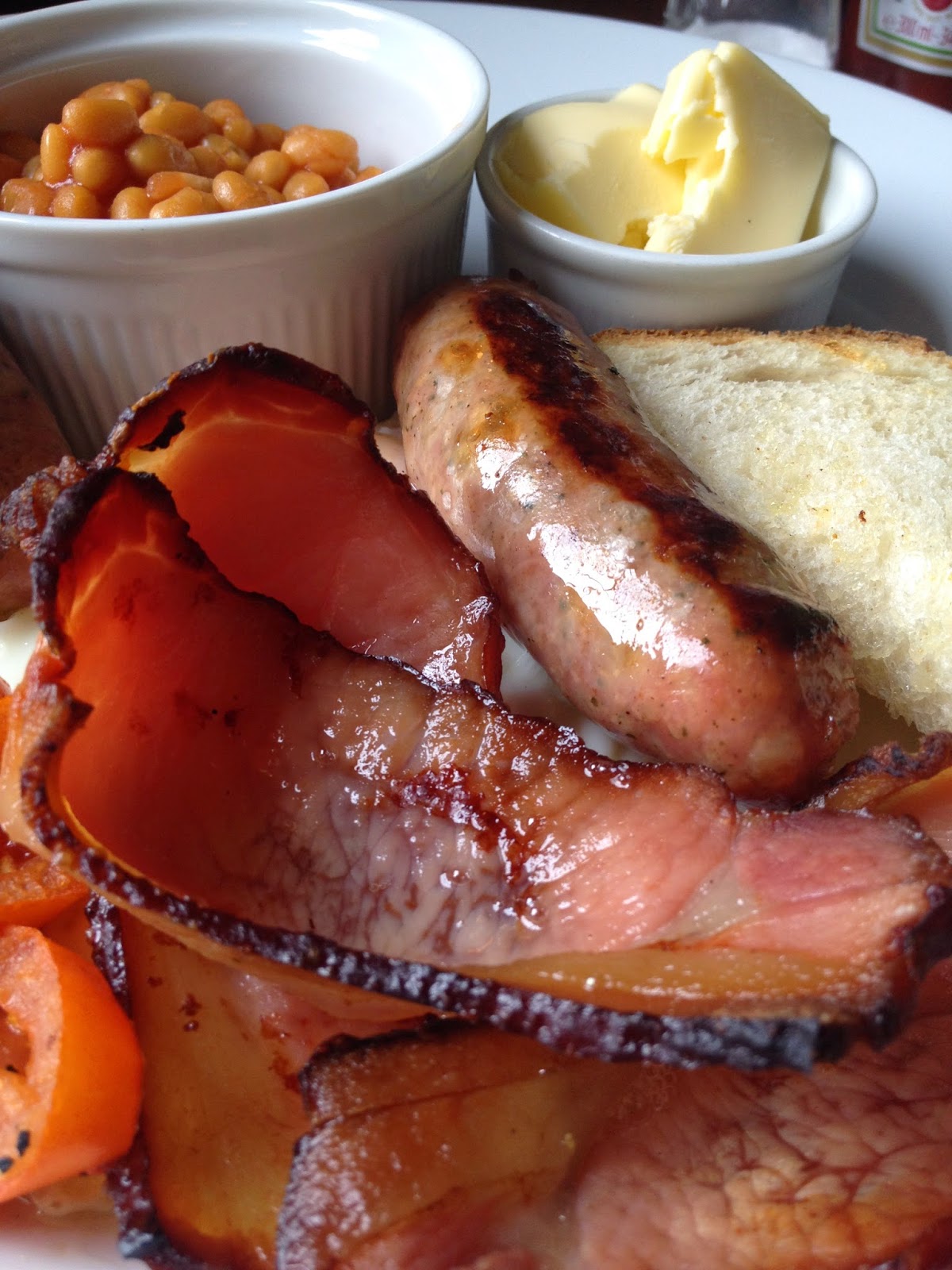 Incredible Pickering's bacon, the 2nd sausage was standing in for the black pudding who couldn't make it onto the plate, they had run out.. 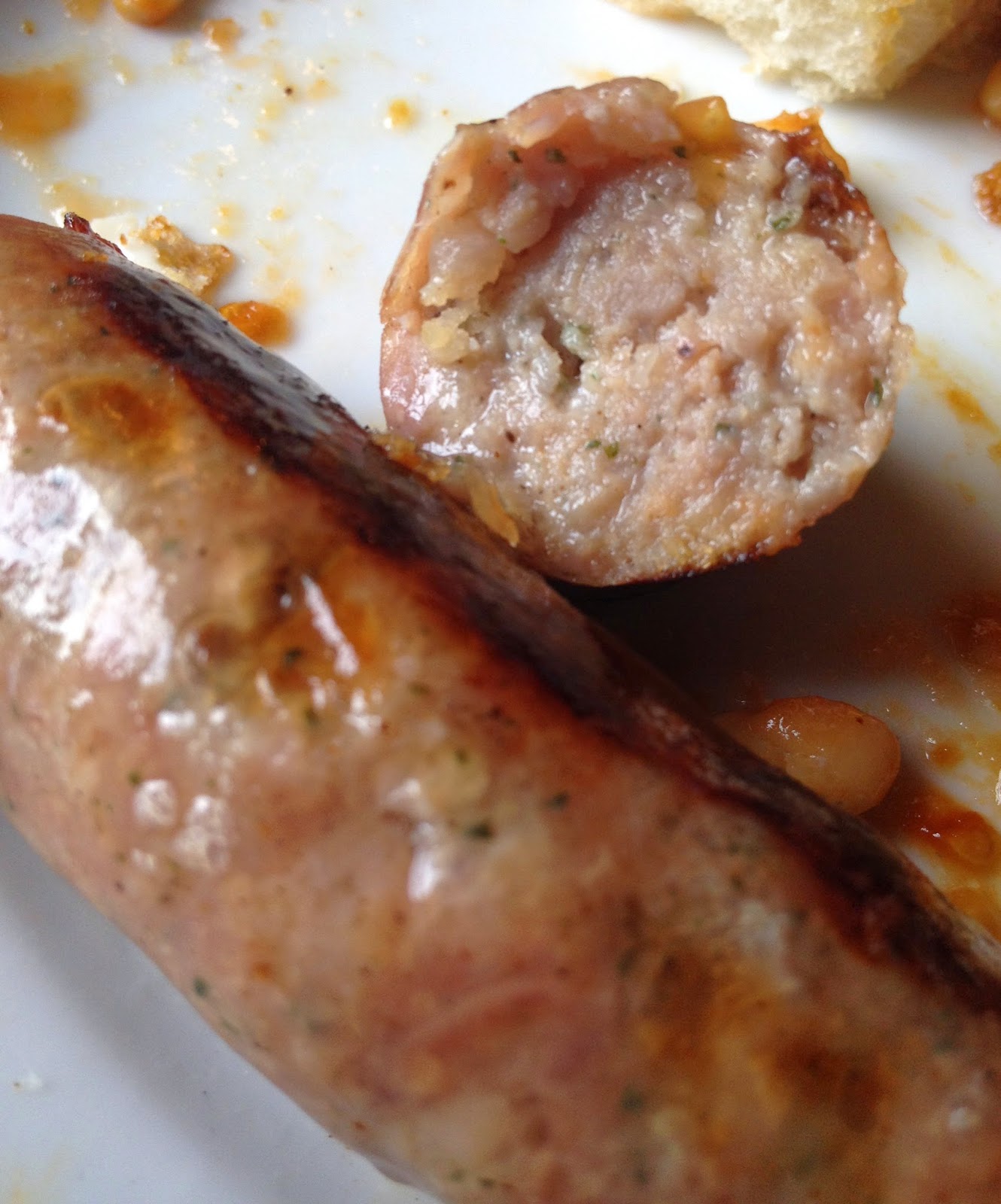 I think the sausages were pork and leek, a top banger for sure! 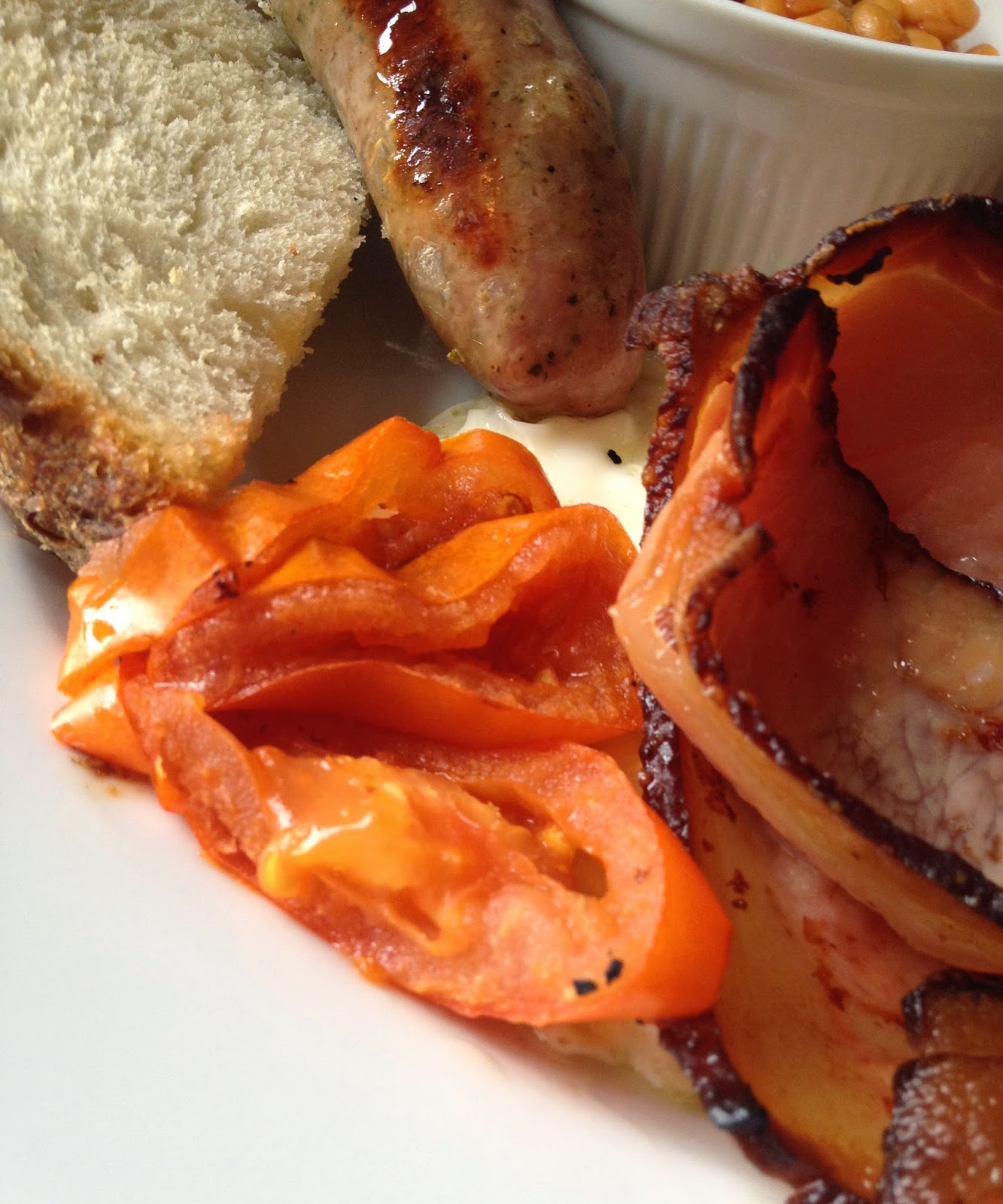 The slushy and tasteless tomatoes were disappointing. 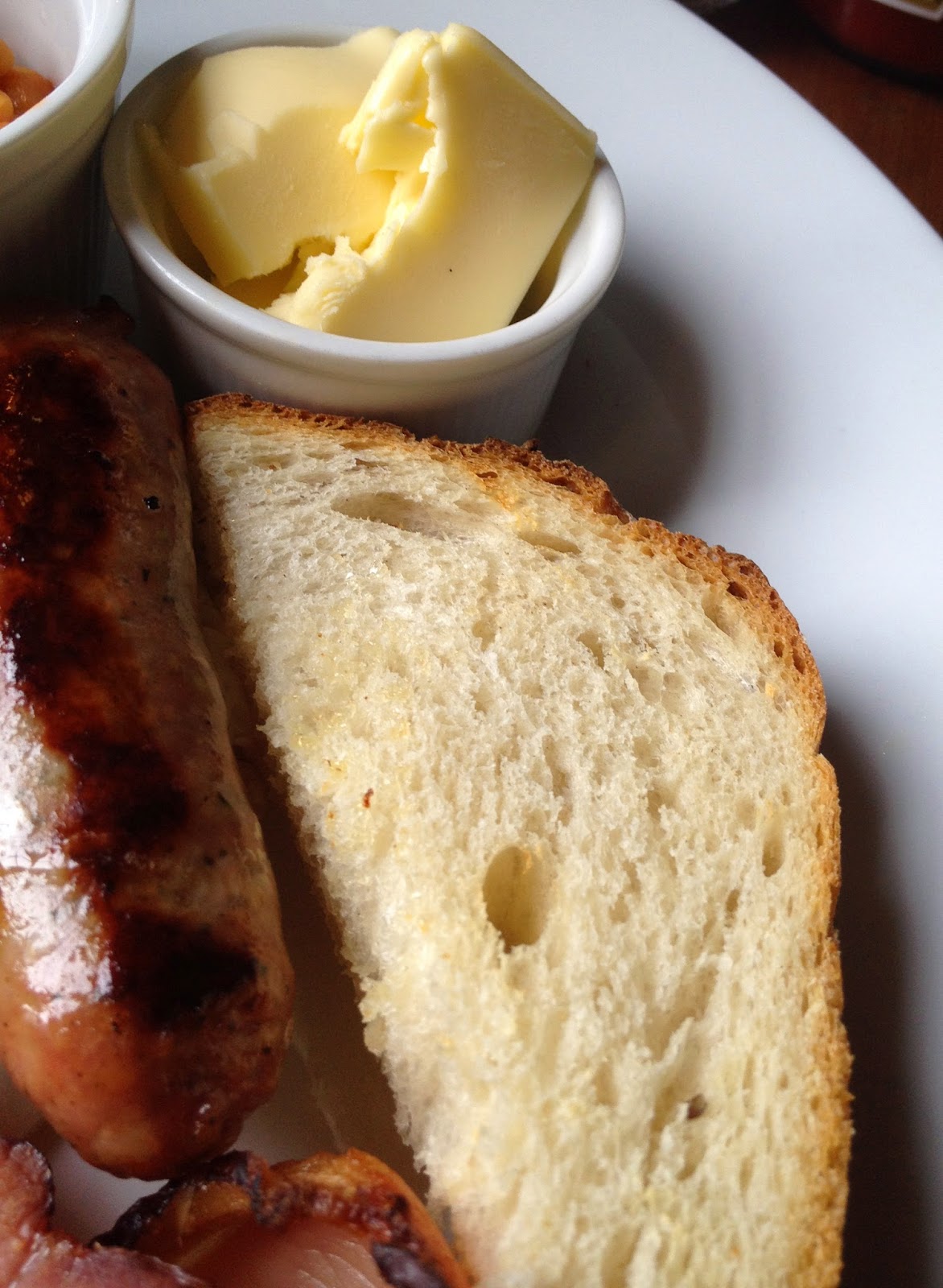 Real butter was served with the toast, or was it bread? 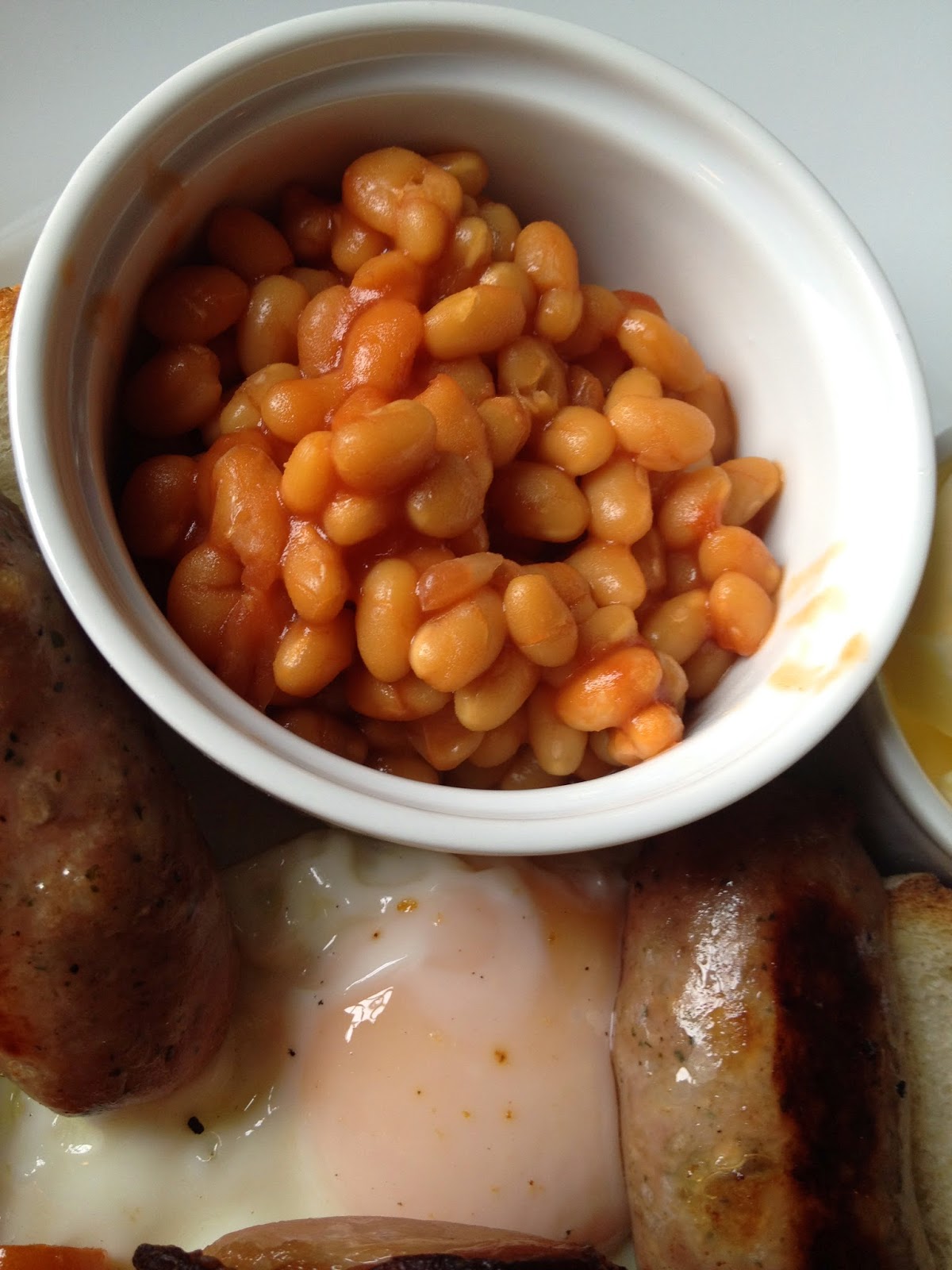 Beans are usually a straightforward item but I didn't enjoy the taste or texture of these. 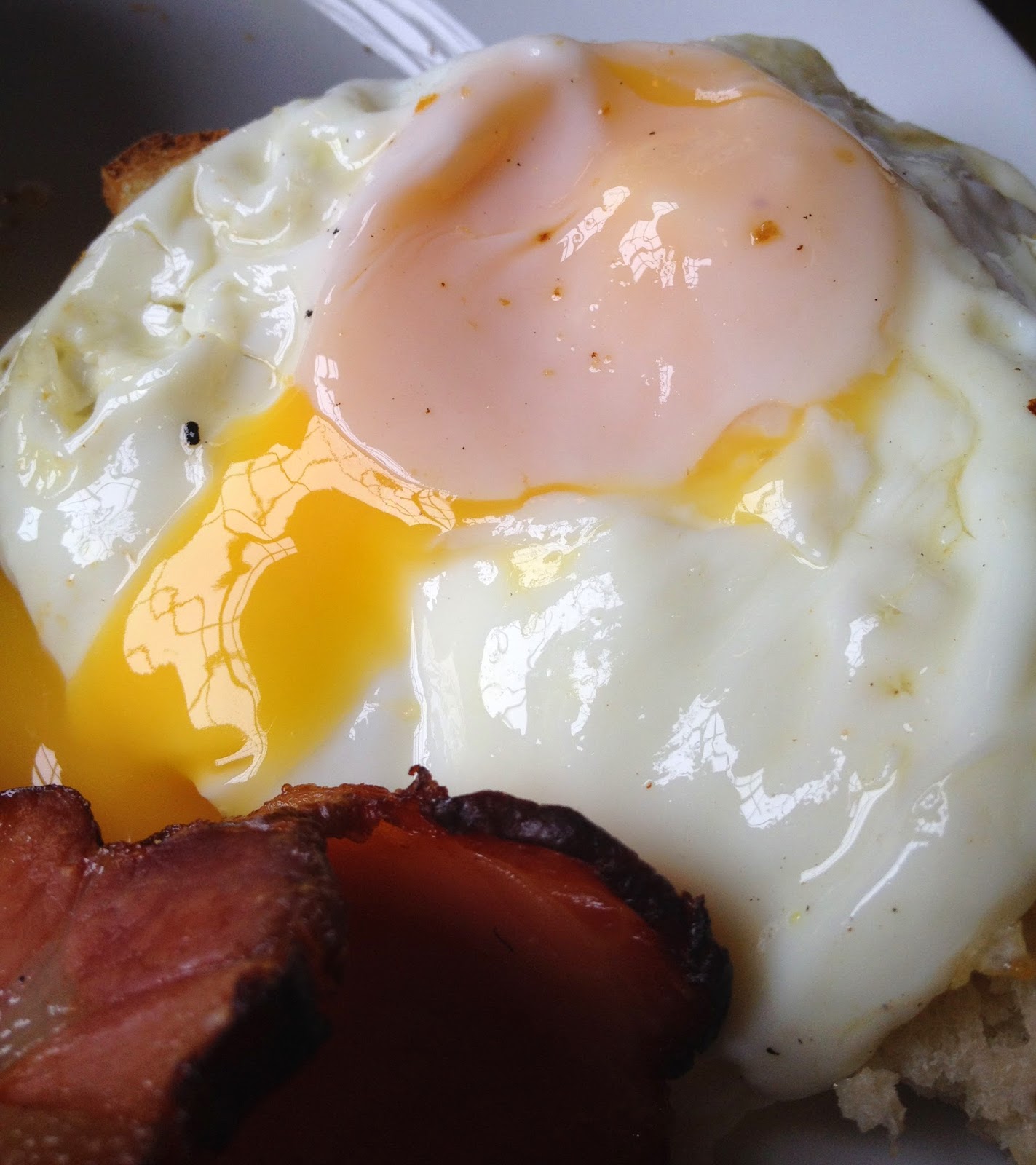 A nice runny yolk flowed from the egg. 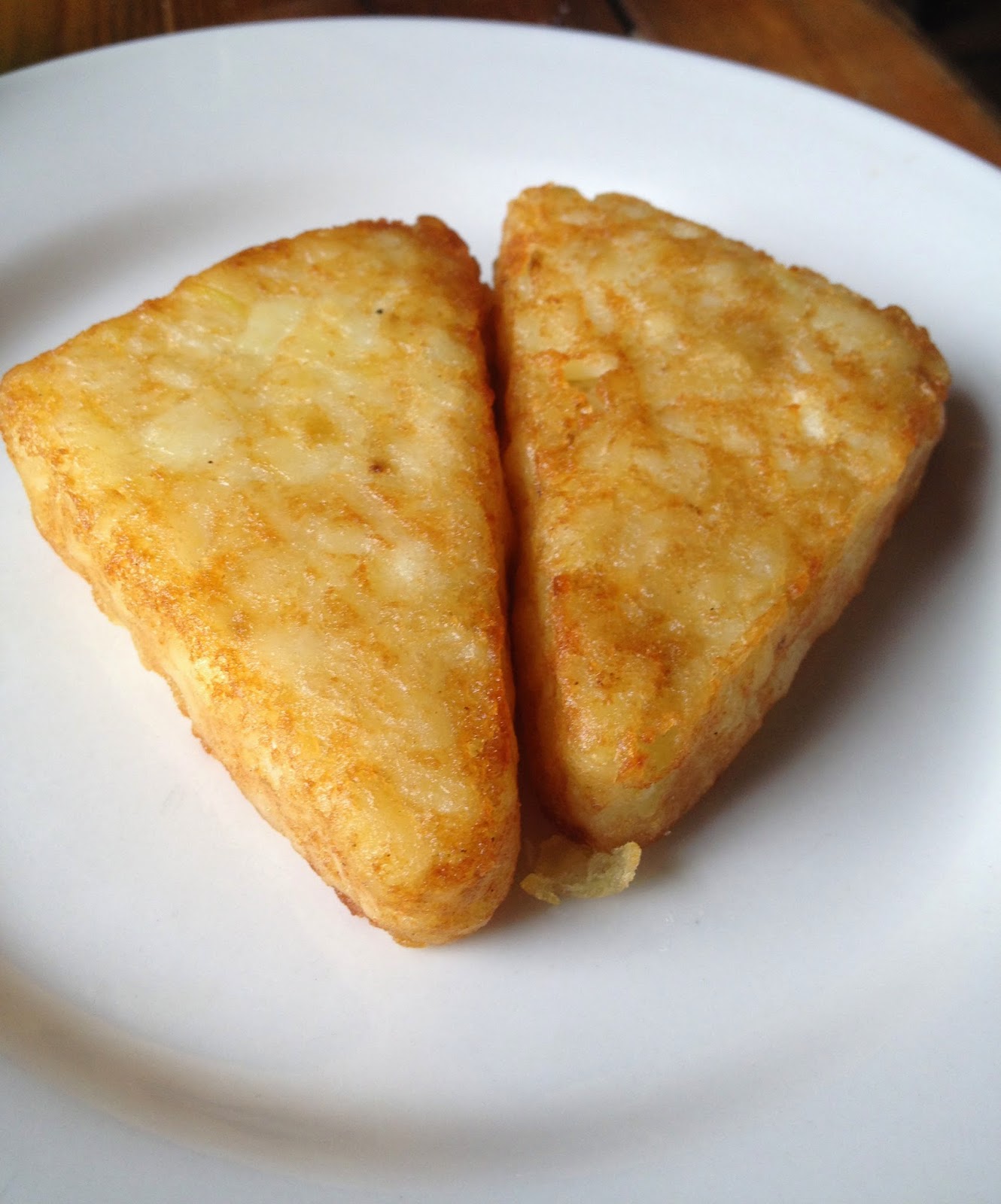 My wife spotted my breakfast was missing hash browns, I mentioned this at the bar.
They soon arrived on a side plate piping hot and soft. 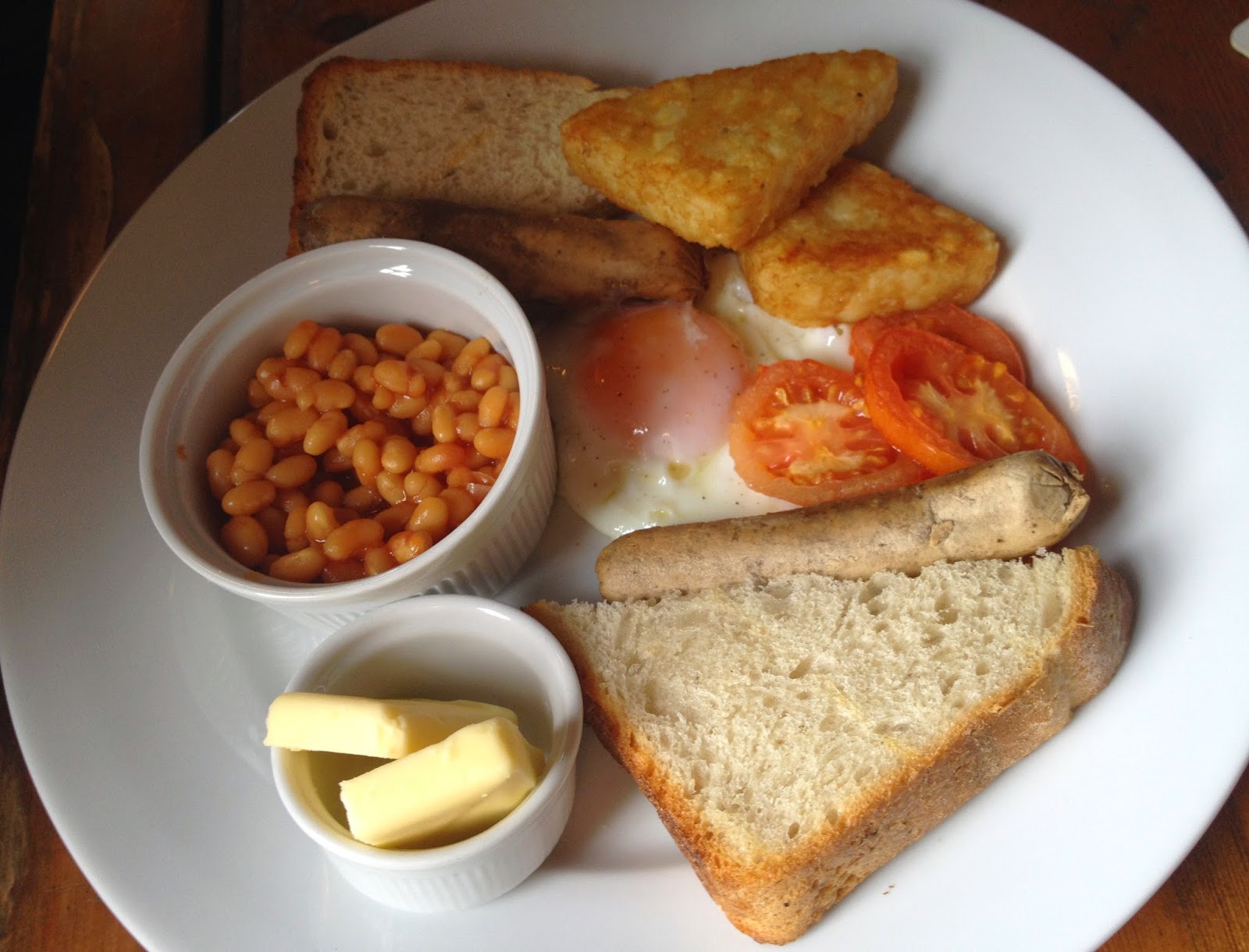 The veggie breakfast, my wife wasn't very excited by it.

After a great weekend in Brighton and having already eaten a breakfast the day before my wife and I decided to go for breakfast again to blow the cobwebs away. The Rumsey Wells was on my "places to visit soon" list and knowing free drinks were being offered with breakfasts on a Sunday between midday and 2pm we headed down there..

Upon entering - I am sure most people in Norwich have been in The Rumsey Wells at some point so the layout will be familiar. For those that haven't though it has two main seating areas, a bar area and (private hire) basement. Menus were on the table when we arrived so we placed our order at the bar, paid and had the choice of any table as nobody else was in there. Everything is bought to the table and although empty the music in the background created some atmosphere. A sandcastle bucket arrived at the table before the food containing cutlery, sauces, salt and pepper. Sugar can be found on a ledge beside the bar. Quite a nice place to eat in and no beer smells lingering from the night before so we were happy enough. 7/10

Service - The chap serving us did a great job but was the bearer of bad news telling us the kitchen had no black pudding. An extra sausage or slice of bacon was offered but I did feel a tad gutted, always disappointing when items are not available. I was later the bearer of more bad news pointing out my breakfast was missing hash browns, these rapidly appeared on a side plate. Other than missing item moments, the service was good and we were asked if the music volume and the food was ok. 8/10

Presentation - The meats were looking great but the barely toasted toast and dry looking beans allowed a feeling of disappointment to set in. Perhaps if the hash browns had arrived with the everything else then it might have had more impact, seeing them arrive later on a side plate though kind of ruined the crucial first impression. 5/10

The food - It was a story of two halves, first the good part. The Pickering's meats were incredibly nice, thick and juicy sausages and some of the nicest bacon I can recall eating. The fried egg was a fairly fine example too with runny yolk intact. Sadly the other half of the story is one of disappointment. A pair of soft hash browns lacking any crispy outer edge, toast that had popped out of the toaster far too soon, slushy and tasteless tomatoes and dry beans that just didn't taste right to me. 5/10

Value for money - The big daddy breakfast cost £9, I will happily spend this on an excellent breakfast but this one came with too much disappointment. I initially thought the free drink would improve the value of it but not even a mug of instant coffee could prevent me from wishing I had spent my money elsewhere. 4/10

Overall - It's always a disappointment when a place runs out of an item and even more so when they forget to put something on your plate. I was expecting really good things here and the meats and fried egg were really good, just a shame the other parts of the breakfast were a big let down. I hear the Pieminister pies are amazing and I can confirm the pie relish certainly is. I just expected much better from a breakfast with a £9 price tag. 6/10