Breakfast menu served on some Saturdays between 12pm & 5pm, check the facebook page to find out when. 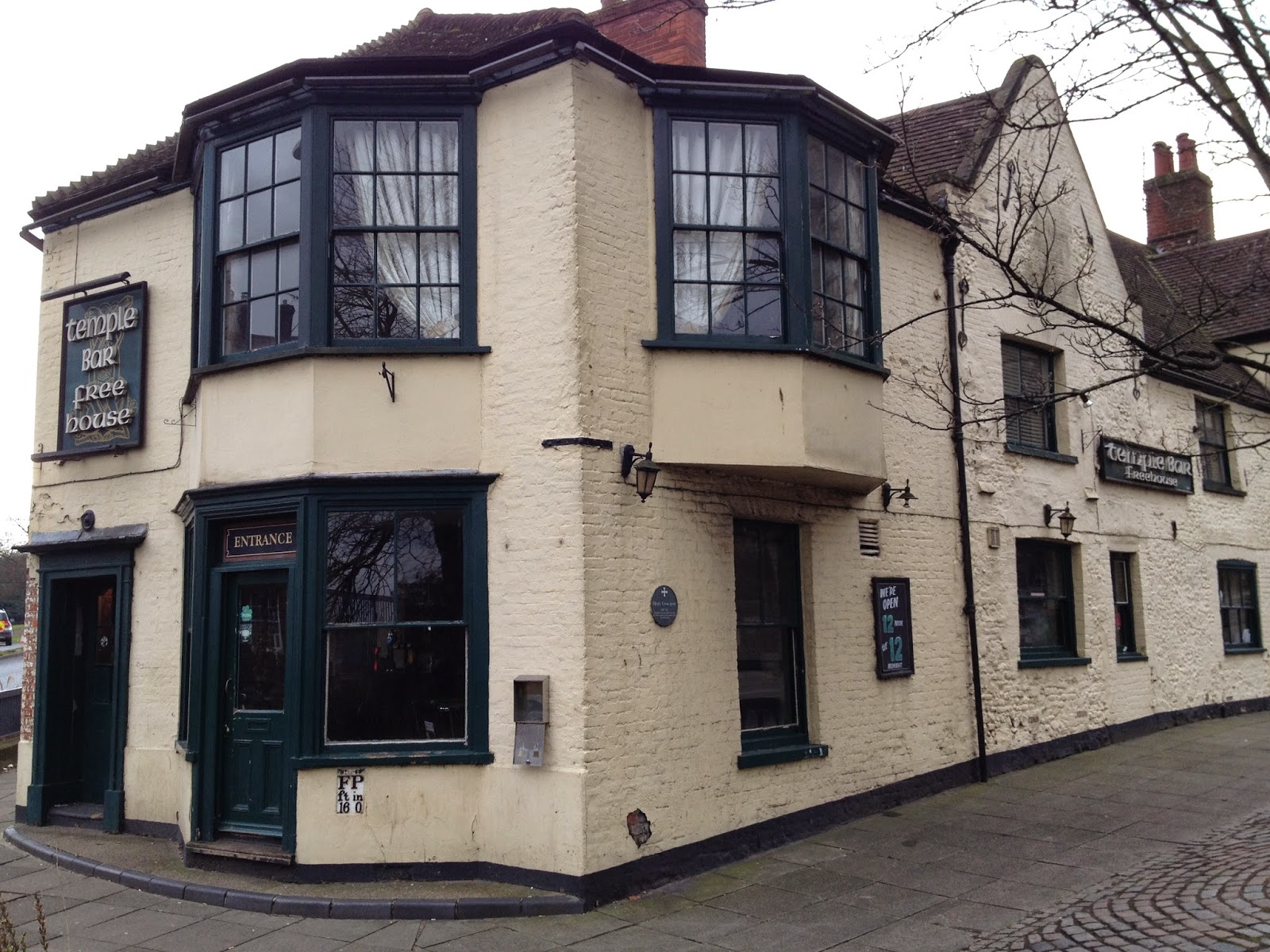 Temple Bar can be found on Unthank Road near the top of Grapes Hill. 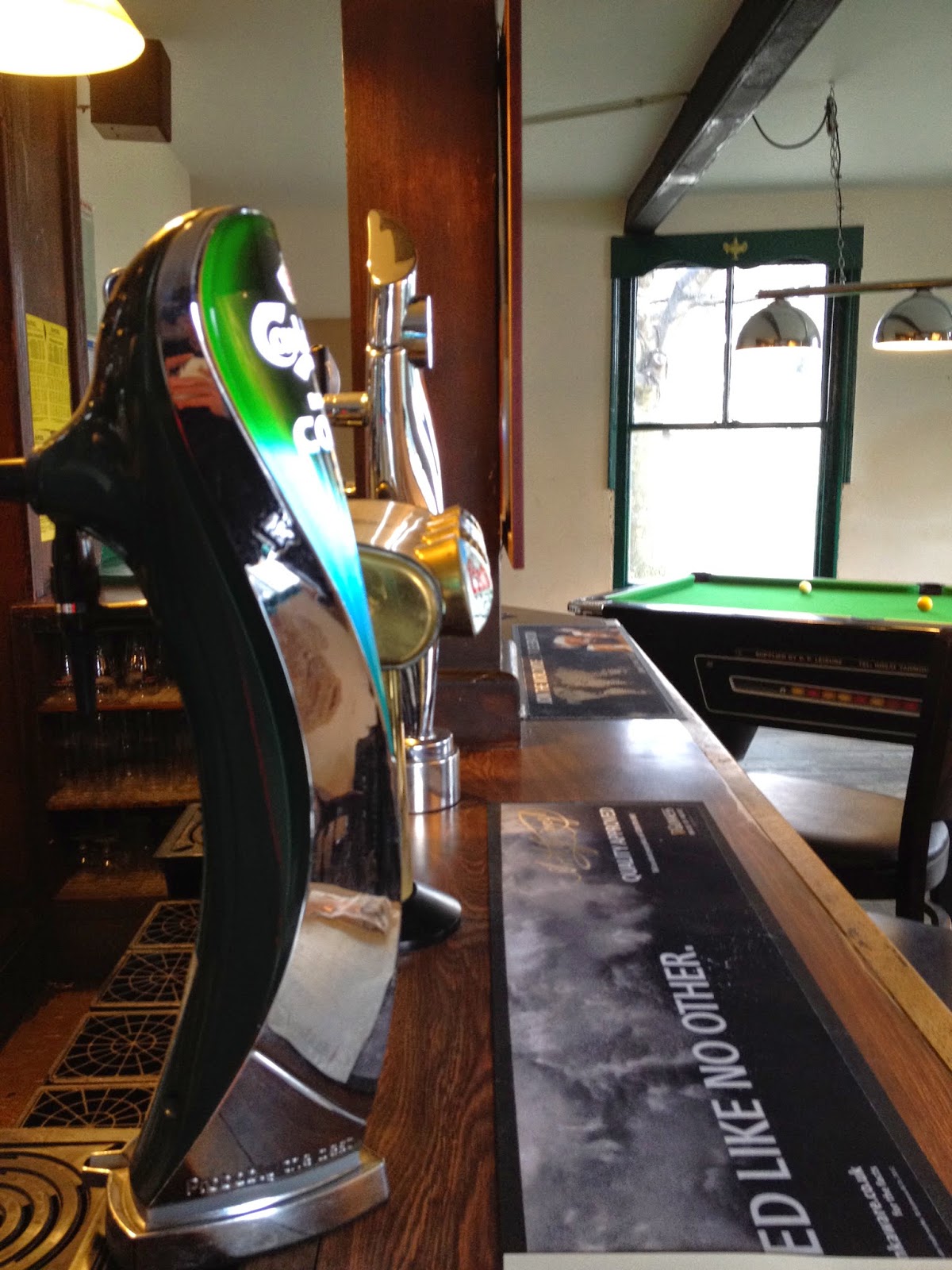 We chose to sit in the quieter area out the back. 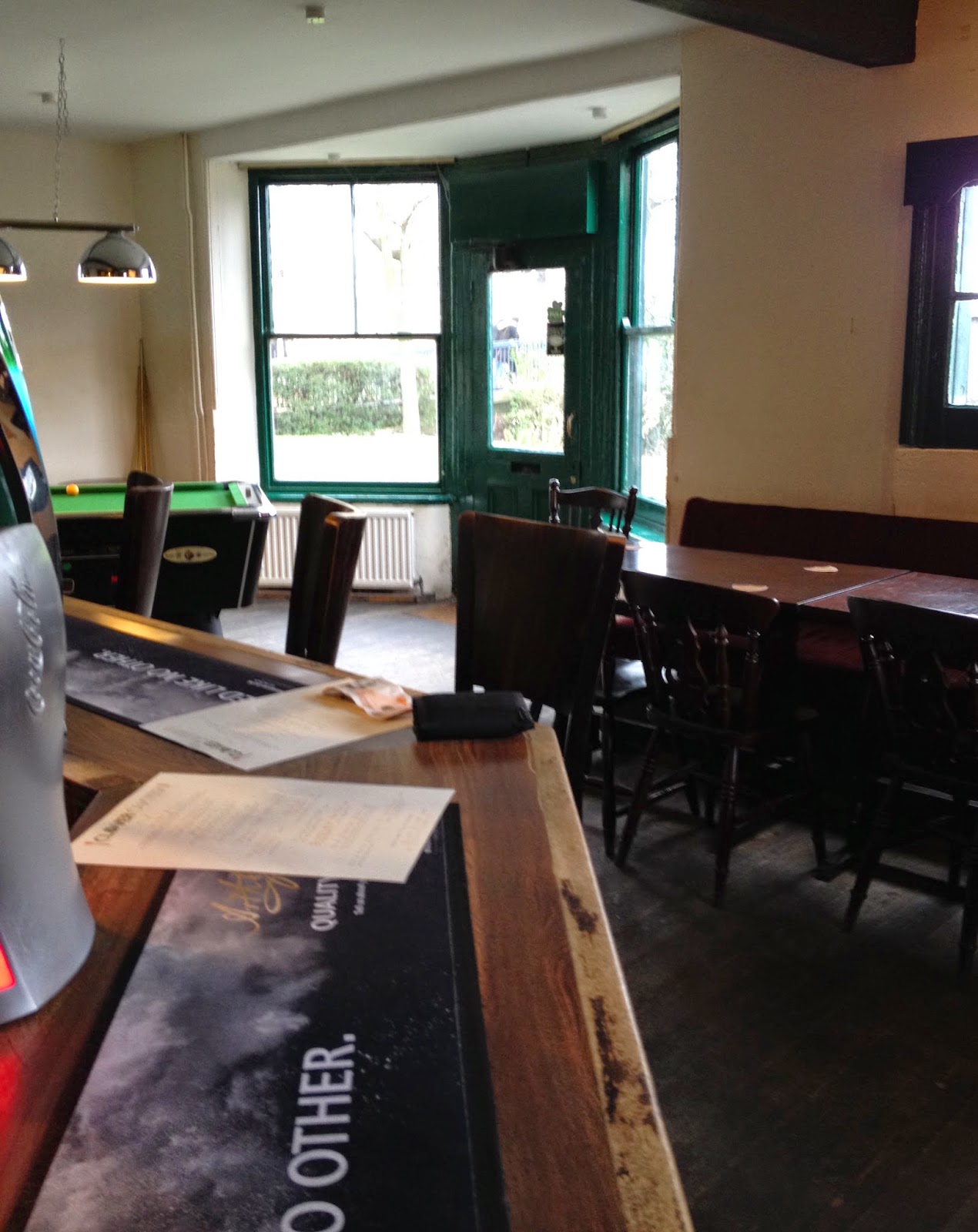 It seemed to lack much character though and felt quite bare. 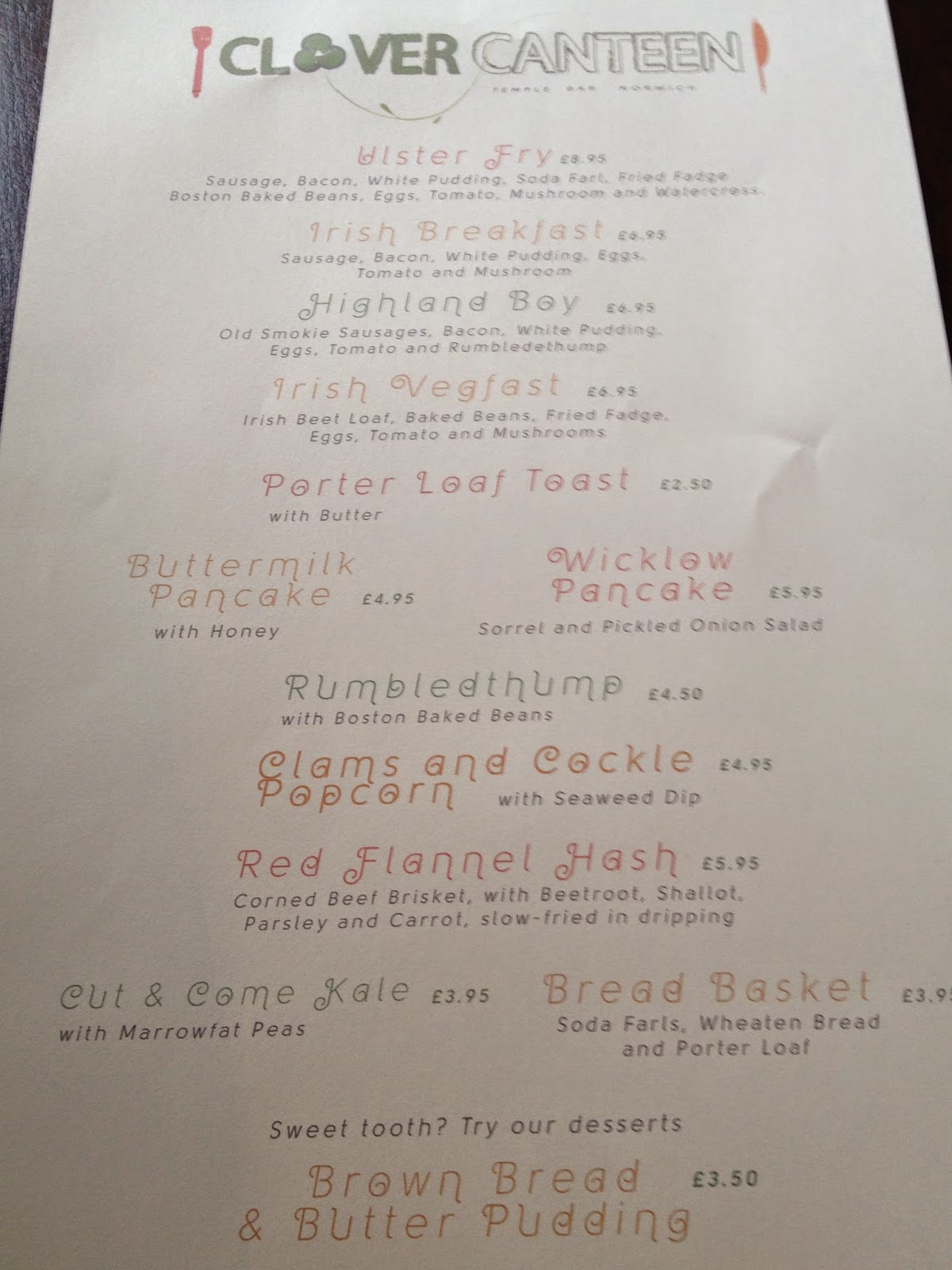 The breakfast menu is only available after midday on some Saturday's so you will most likely be feeling fairly hungry when you arrive. 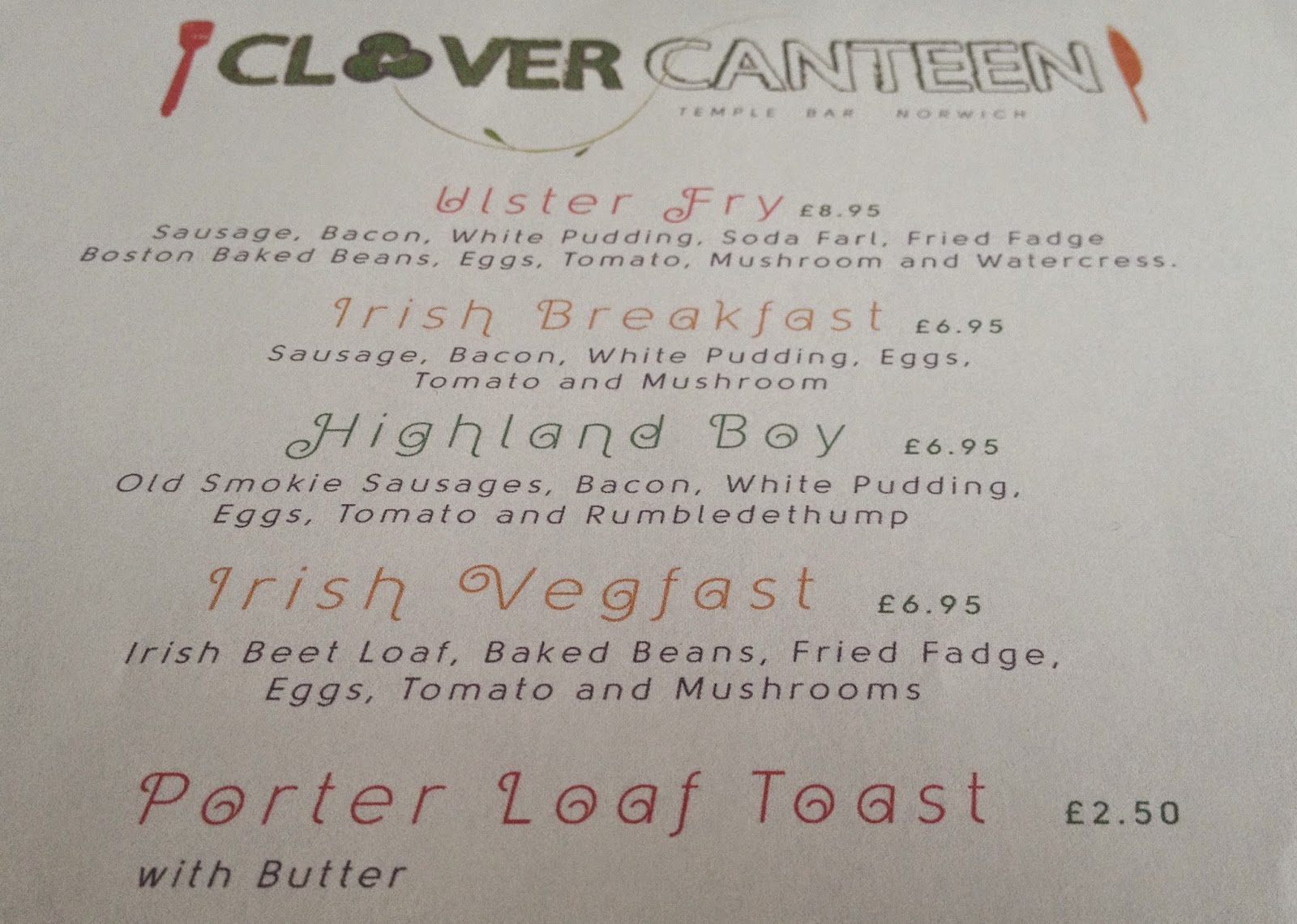 A great selection of breakfasts were on offer, I decided to try the Ulster fry. 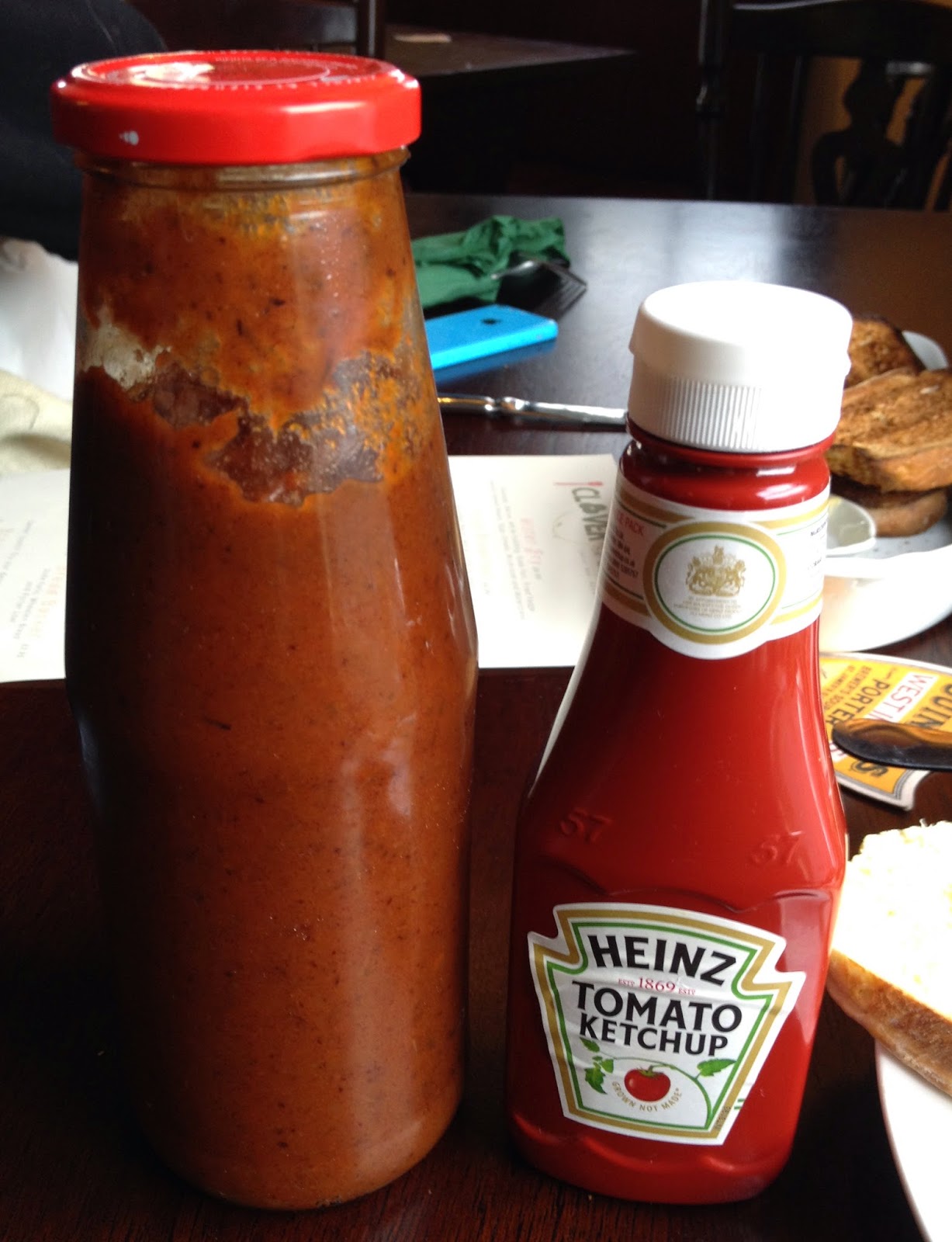 The homemade brown sauce was excellent and quite chutney like. 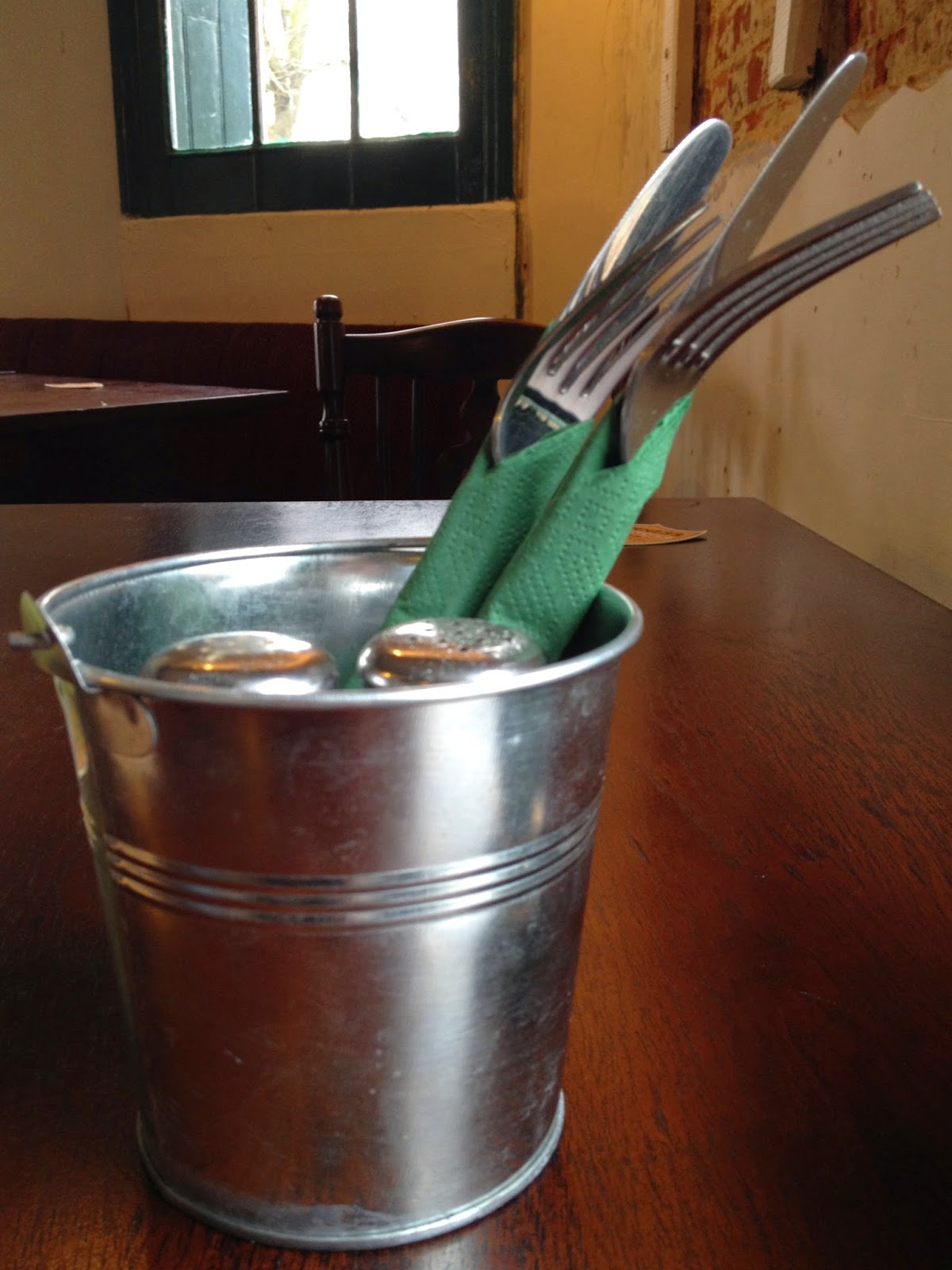 Cutlery, salt and pepper are given to you at the bar when you place your order. 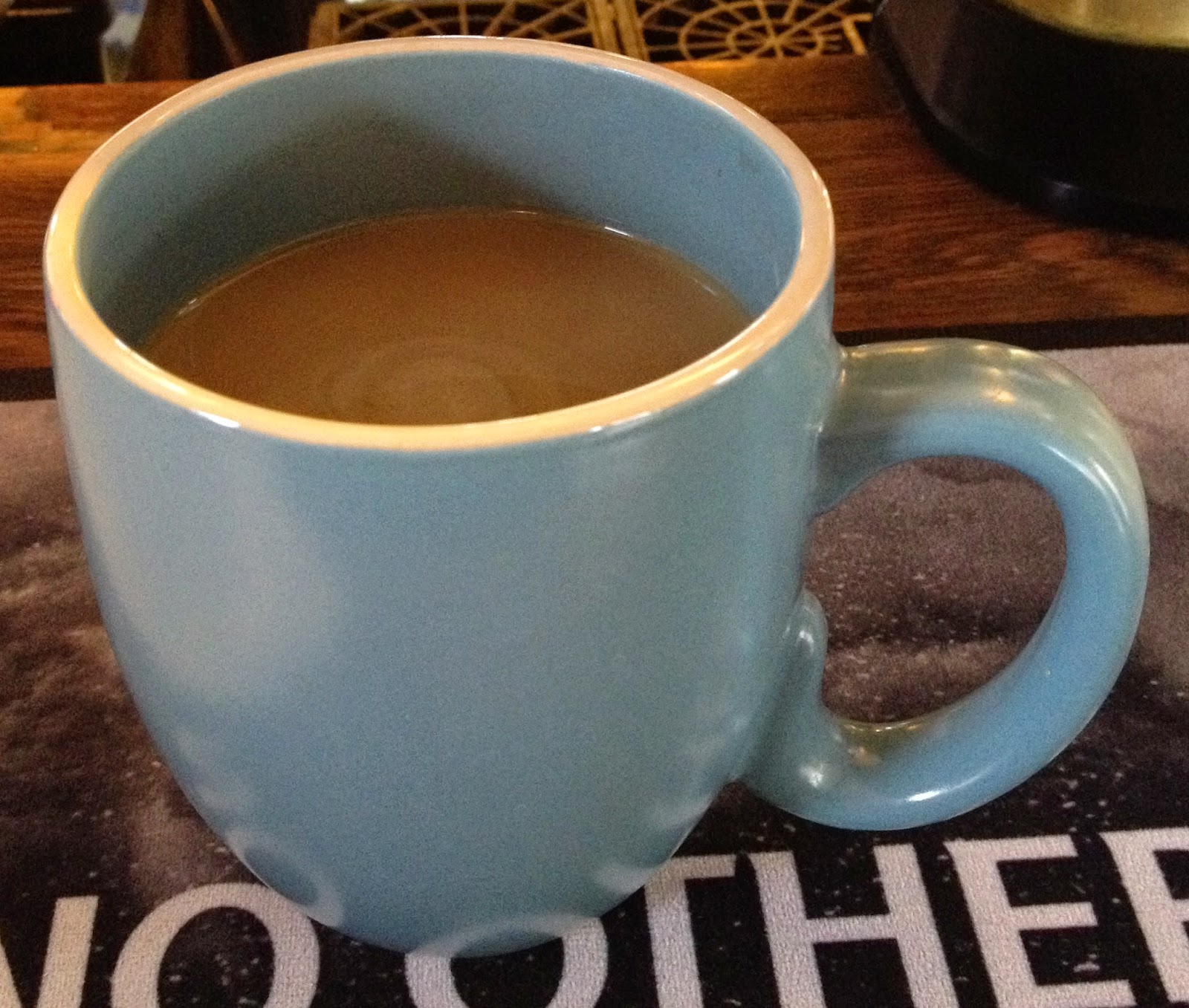 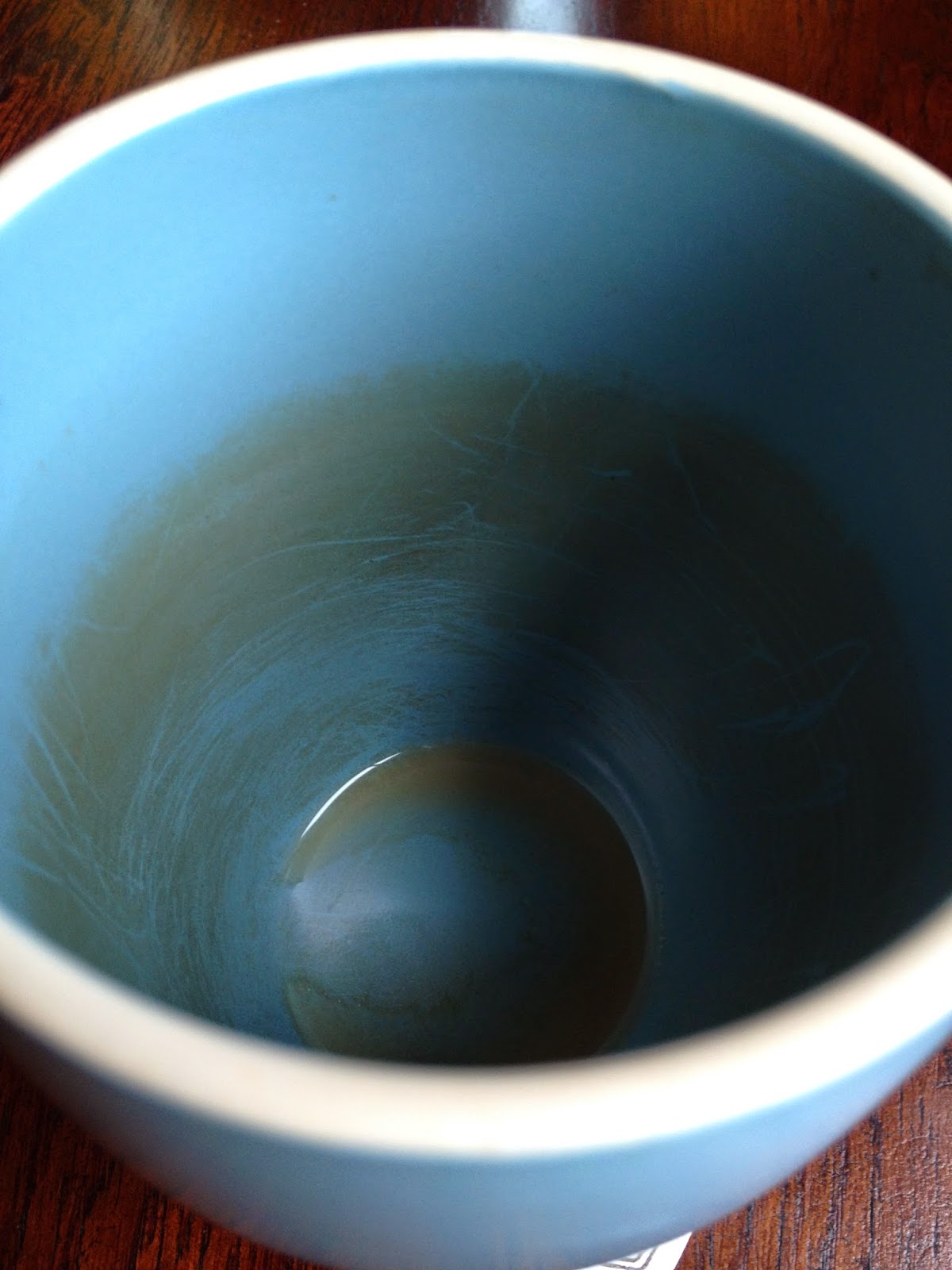 The staining inside the mug was a real shame.. 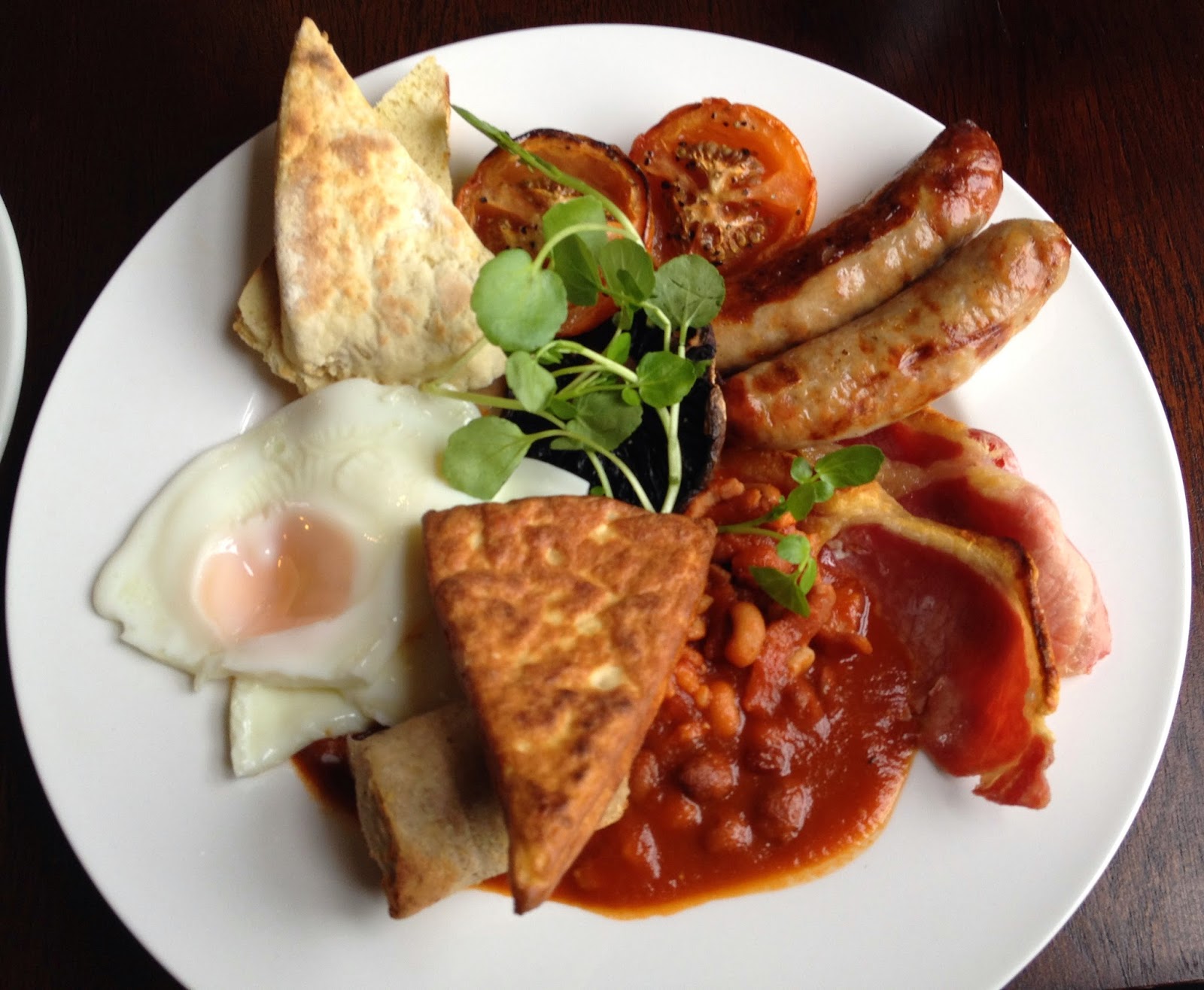 The Ulster fry looked stunning when it arrived. 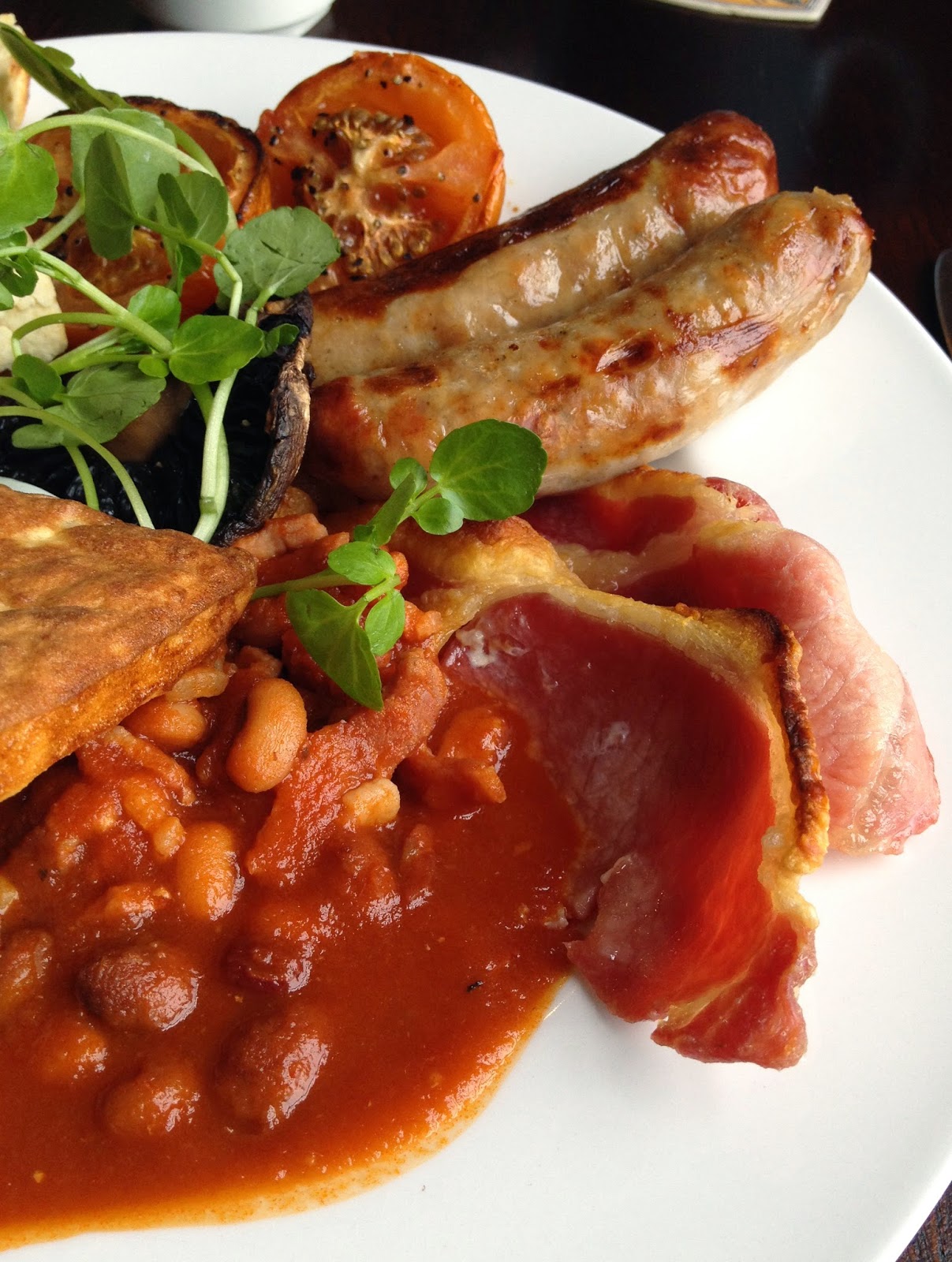 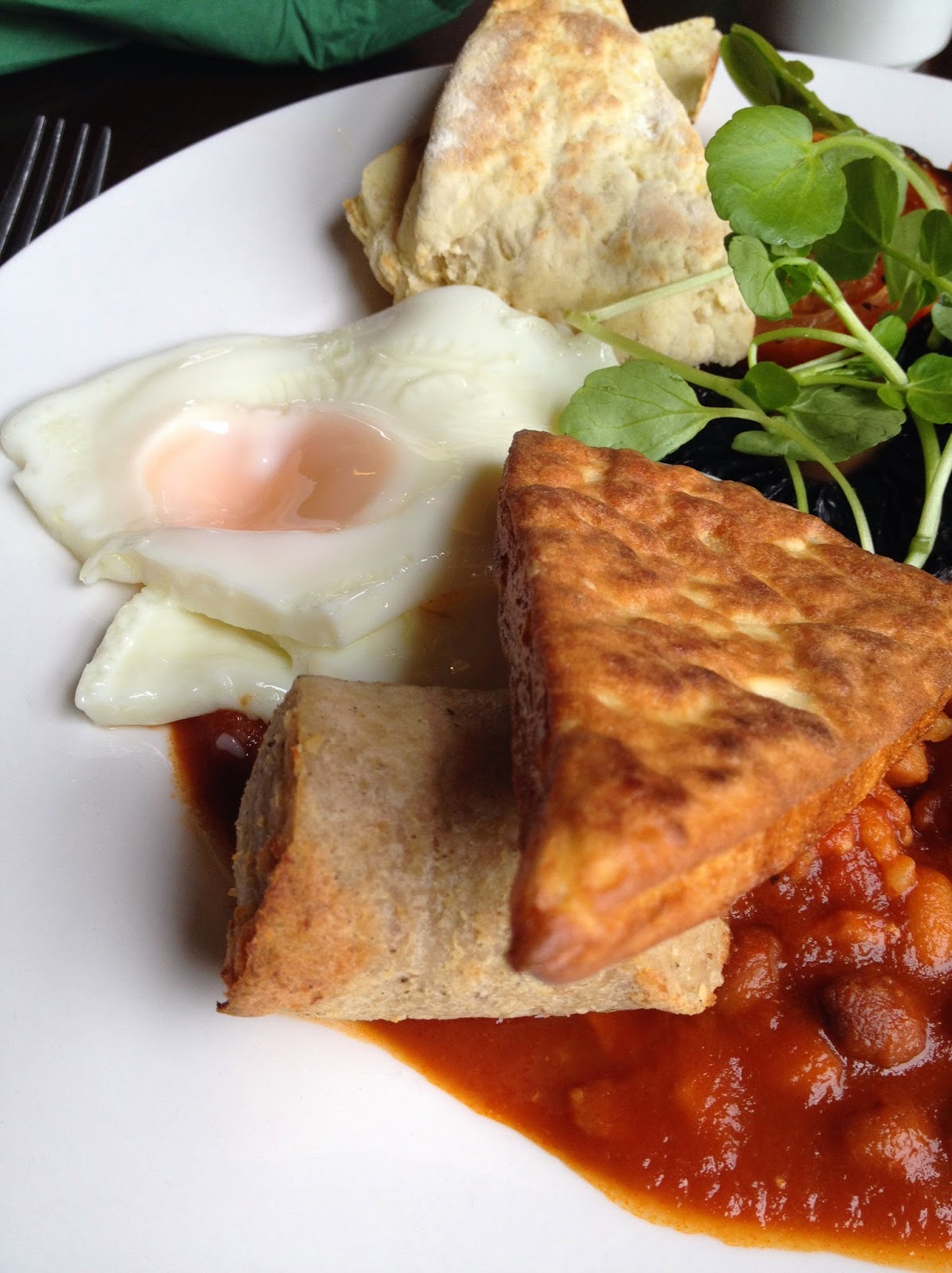 The white pudding was my favourite item on the plate, I liked it even more than black pudding. The fried fadge (Irish potato bread) was excellent too. 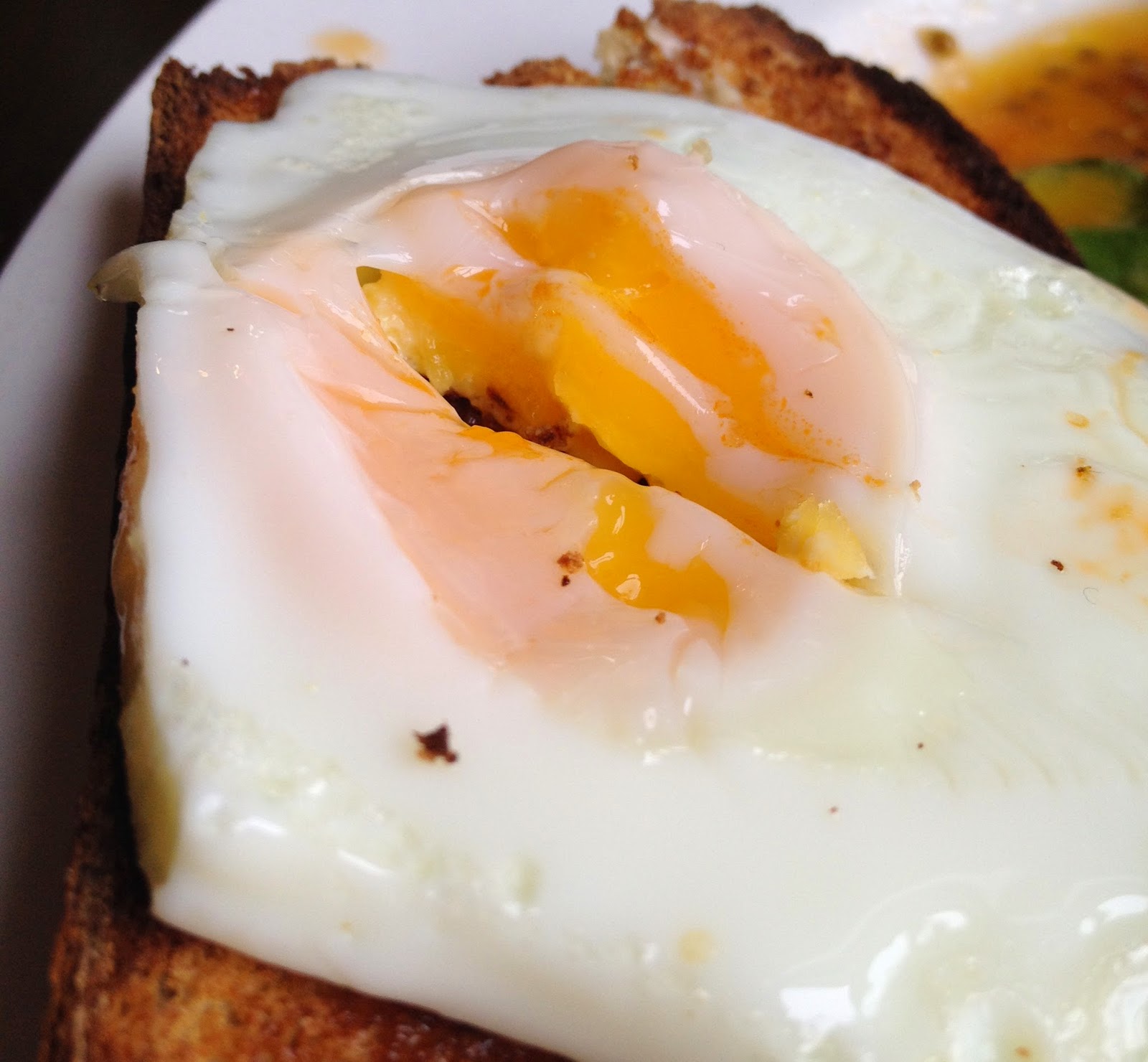 The yolk was fairly solid, it tasted great though 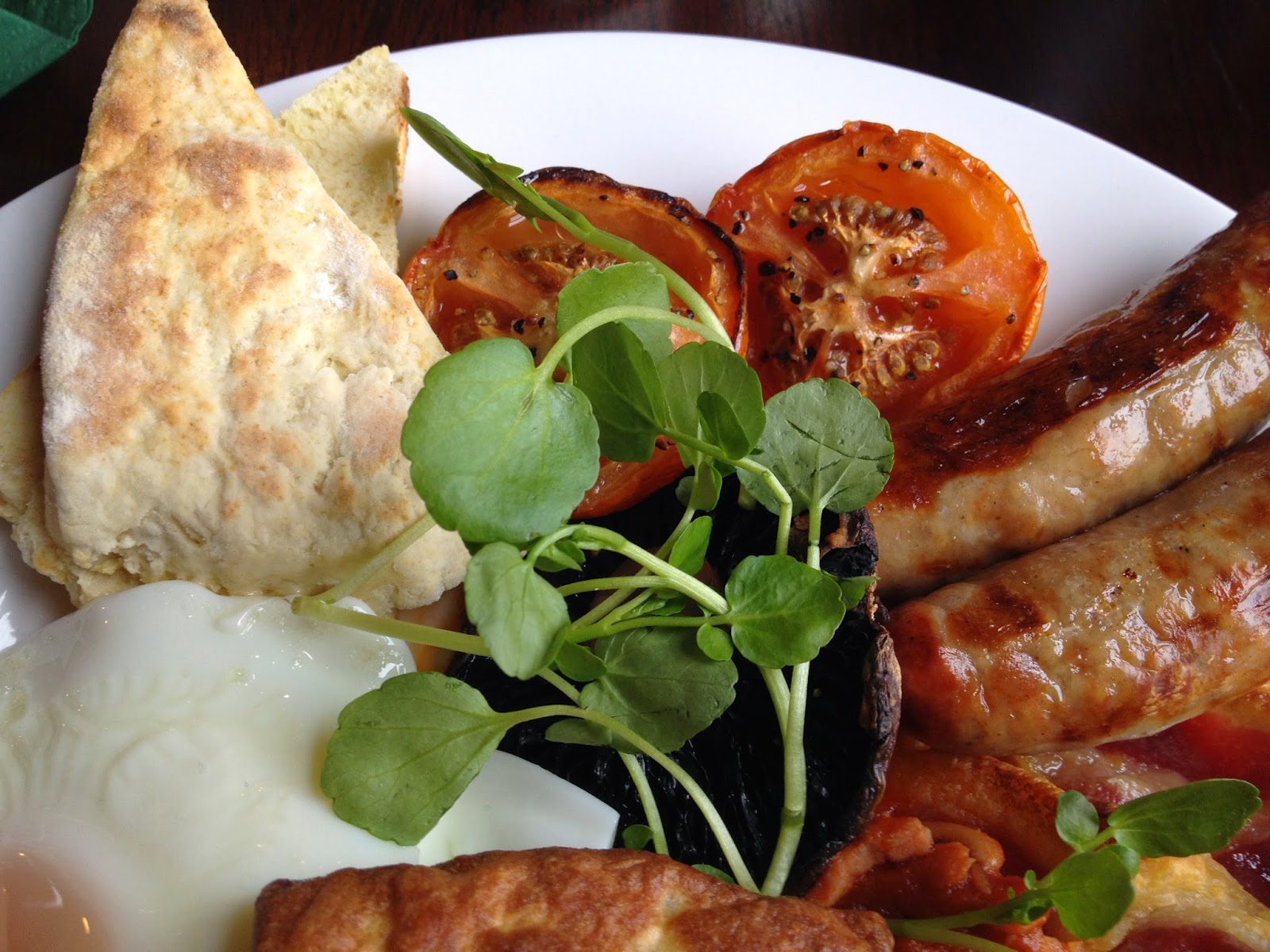 Many may be screaming "no" at the sight of greenery on a breakfast, I thought the watercress was a nice touch though. 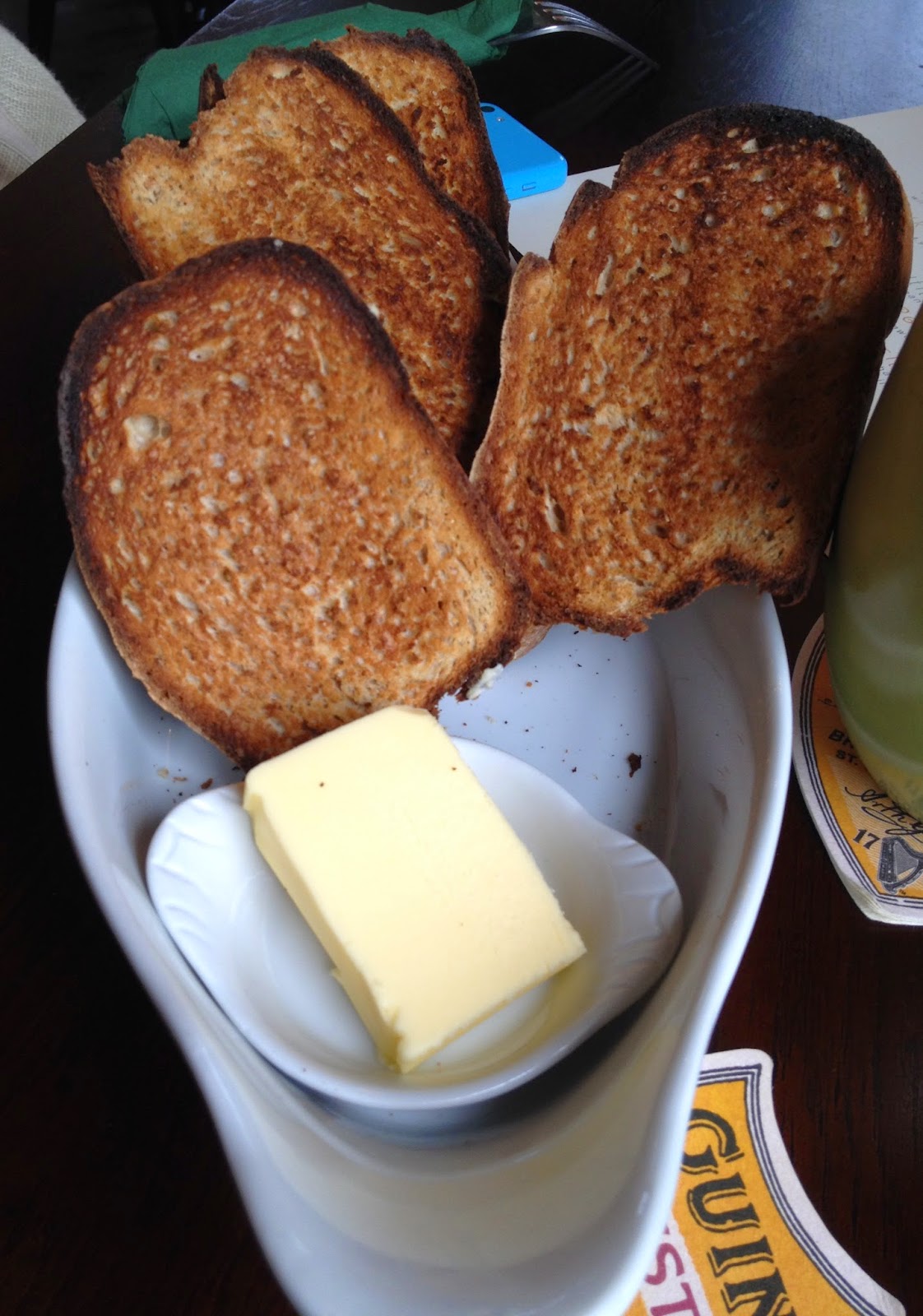 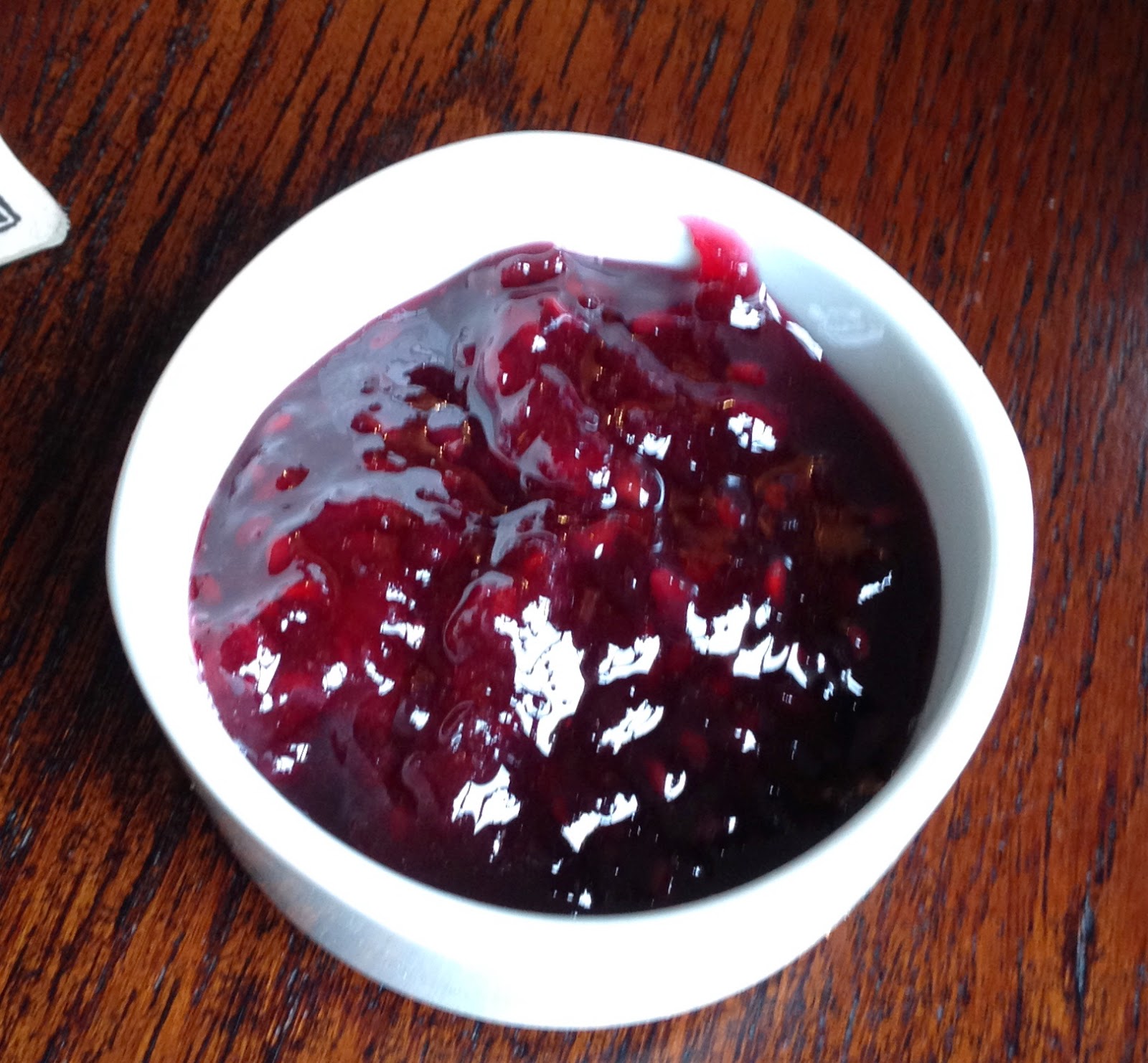 The toast is served with jam as well although we didn't end up trying any. 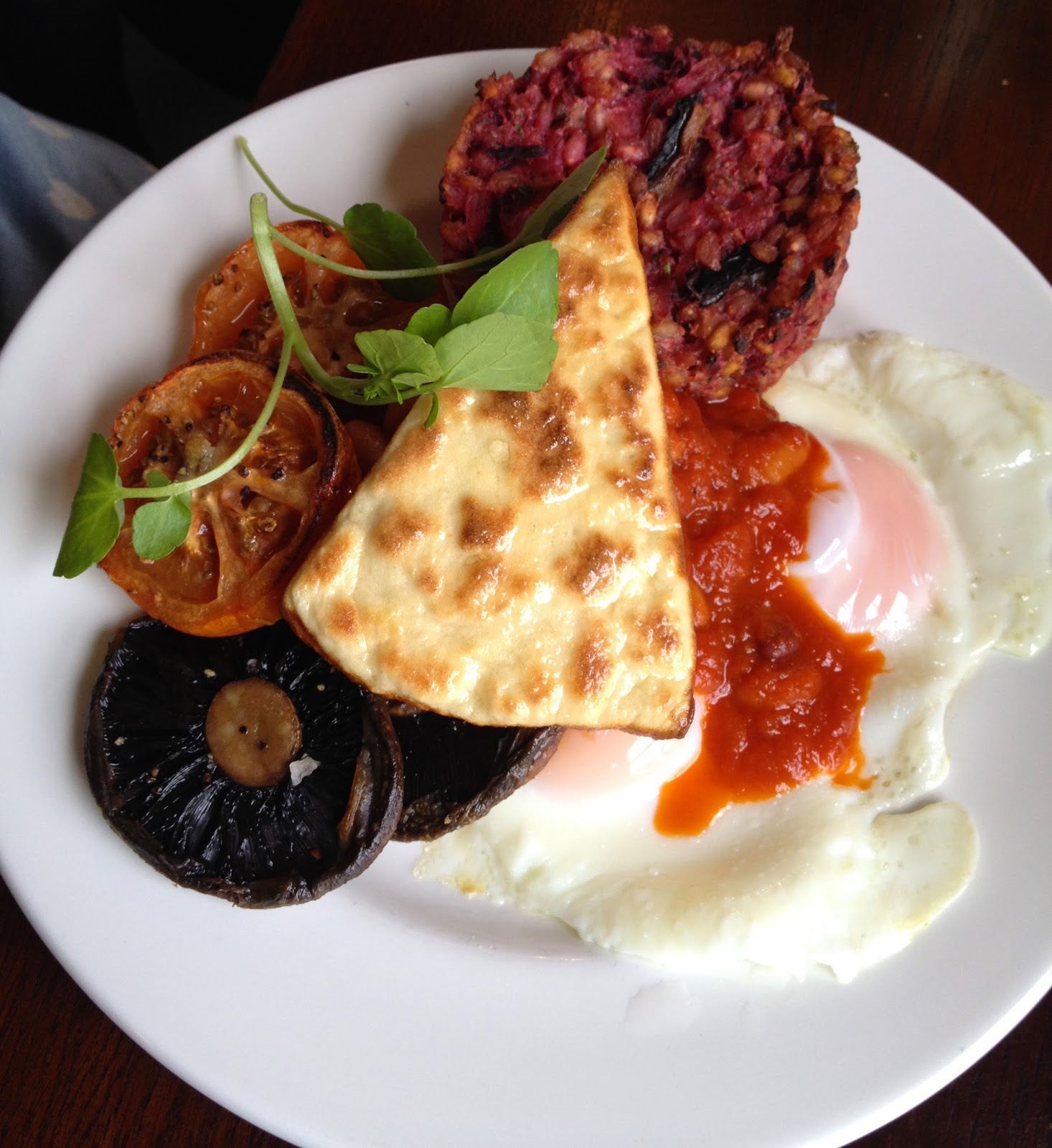 The Irish vegfast cost £6.95 and came with Irish beet loaf.

Less than a week ago my wife and I went out for dinner at Revolution in Norwich but an error in the kitchen resulted in the wrong food being sent to the table. As a result of this we ended up eating at different times which took the shine of the meal, some free cocktails did soften the blow slightly though. Less than a week later and looking forward to eating together once more we decided to try the Clover Canteen breakfast at Temple Bar, we had heard good things about it and couldn't wait to try it..

Upon entering - The main area of the pub had loud football on the screen which almost made us abort the mission, thankfully we were told there was another area through the back.  There is a bar in both areas in the pub, some of the tables had menus already on them and a couple could be found on the bar too. Place your order at the bar, pay and choose a table, you are given a small bucket containing cutlery, serviettes, salt and pepper. Once the food arrives some ketchup and a delicious homemade brown sauce is brought to the table. I can't say I really warmed to the pub as it seemed quite worn and bare, lacking much atmosphere. 4/10

Service - The chap serving us behind the bar and the chef were both really friendly and helpful, the chef was telling me a bit about what was in the brown sauce and where the white pudding came from. We placed our order and took our condiments, cutlery and drinks to the table. Unfortunately when the food arrived an error had been made, my wife was given the Irish breakfast instead of the vegetarian one. Less than a week since this had happened at Revolution here we sat again with me awkwardly eating my food whilst my wife had to wait for hers to be cooked again. This was a big disappointment but the chef did the best he could to get the correct breakfast out as quick as possible and we didn't have to wait too long. We were given some more hot drinks on the house, in hindsight though I wish I had returned my food too insisting we ate together as this is after all why people go out for a meal together. 7/10

Presentation - Beautifully laid out on the plate it looked stunning when it arrived and the plate was nice and hot too. One of the egg yolks was sinking in slightly but this didn't really matter, this breakfast was looking incredibly good! 9/10

The food - The choice of sausages (they may have been Pickerings) are well chosen for this breakfast, a nice firm texture and well balanced flavour. The bacon was the nicest I have eaten in a very long time but the highlight for me was that white pudding, it tasted amazing with a far more smoother texture than black pudding and nicer flavour too. The fried eggs had yolks that had just turned solid, I much prefer runny but they did taste great on top of that porter loaf toast. The fried fadge was delicious, a soft fluffy potato bread, something I would happily welcome on my breakfast plate anytime! The mushroom was big and juicy but I wasn't too keen on the tomatoes, certainly cooked very nicely but very difficult to detect much flavour and quite chewy skins. The homemade Boston baked beans though were the complete opposite, incredibly rich and I thought a bit too much on a breakfast, they were beautifully made though and I feel sure loved by many. 8/10

Value for money - A lot of love and thought has gone into this breakfast and this really shines through in the presentation. The Ulster fry is a good size and costs £8.95, Porter loaf toast costs £2.50 and is served with real butter and jam. A hot drink costs just £1 but I would happily pay more for a decent coffee in a clean mug. The food was definitely worth the money but the bare and fairly depressing environment for me just didn't compliment the quality of the food. 6/10

Overall - A real shame that an error occurred causing a delay and slight frustration, I tried my hardest to look past this though and discovered a very special breakfast menu offering something different that really stands out from the crowd. The staff were friendly and helpful but I was quite disappointed by the environment as somewhere to eat, it just didn't feel very special and when the food is this good I feel you need somewhere really nice to sit down and enjoy it. Despite this I strongly suggest visiting Clover Canteen next time it pops up at Temple Bar, I hear they serve amazing roast dinners too on Sundays. 7/10