Opening hours
Monday to Saturday
8am till 3pm reopens 5.30pm till 10pm

Sundays
10am till 5pm 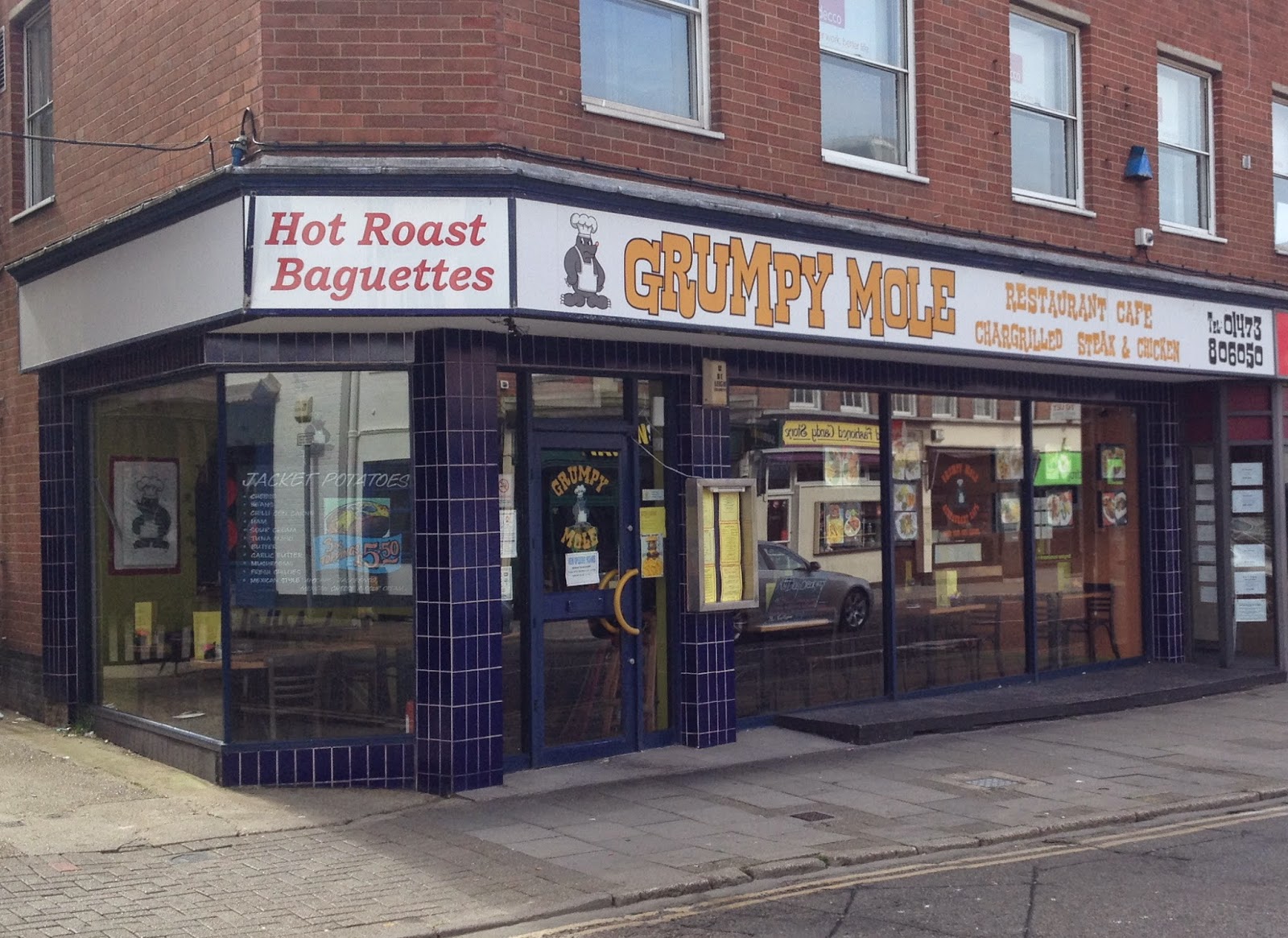 I was keen to visit an independent cafe in Ipswich, The Grumpy Mole caught my eye as I passed it on Queens Street. 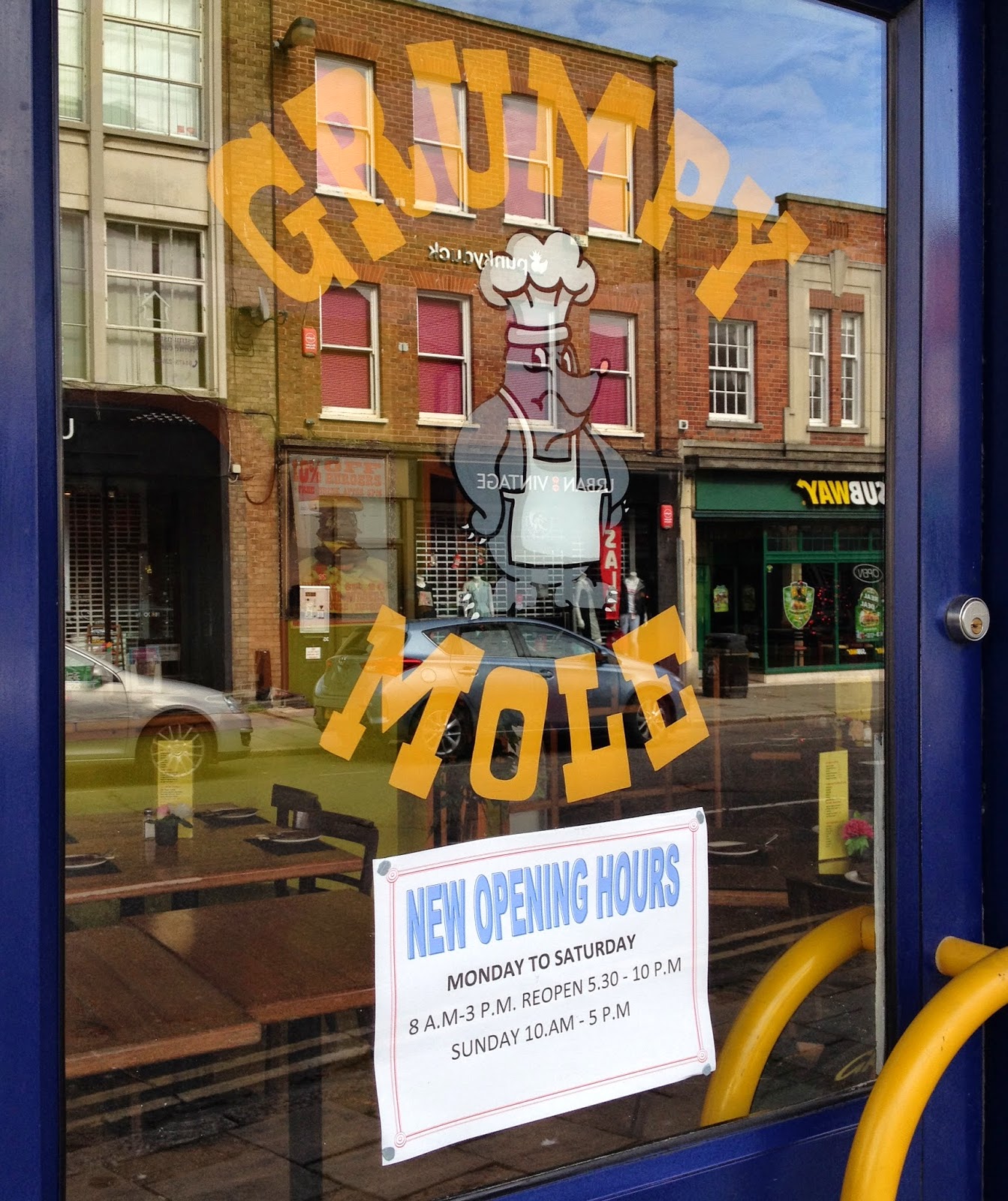 I was an hour early so decided to return a bit later. 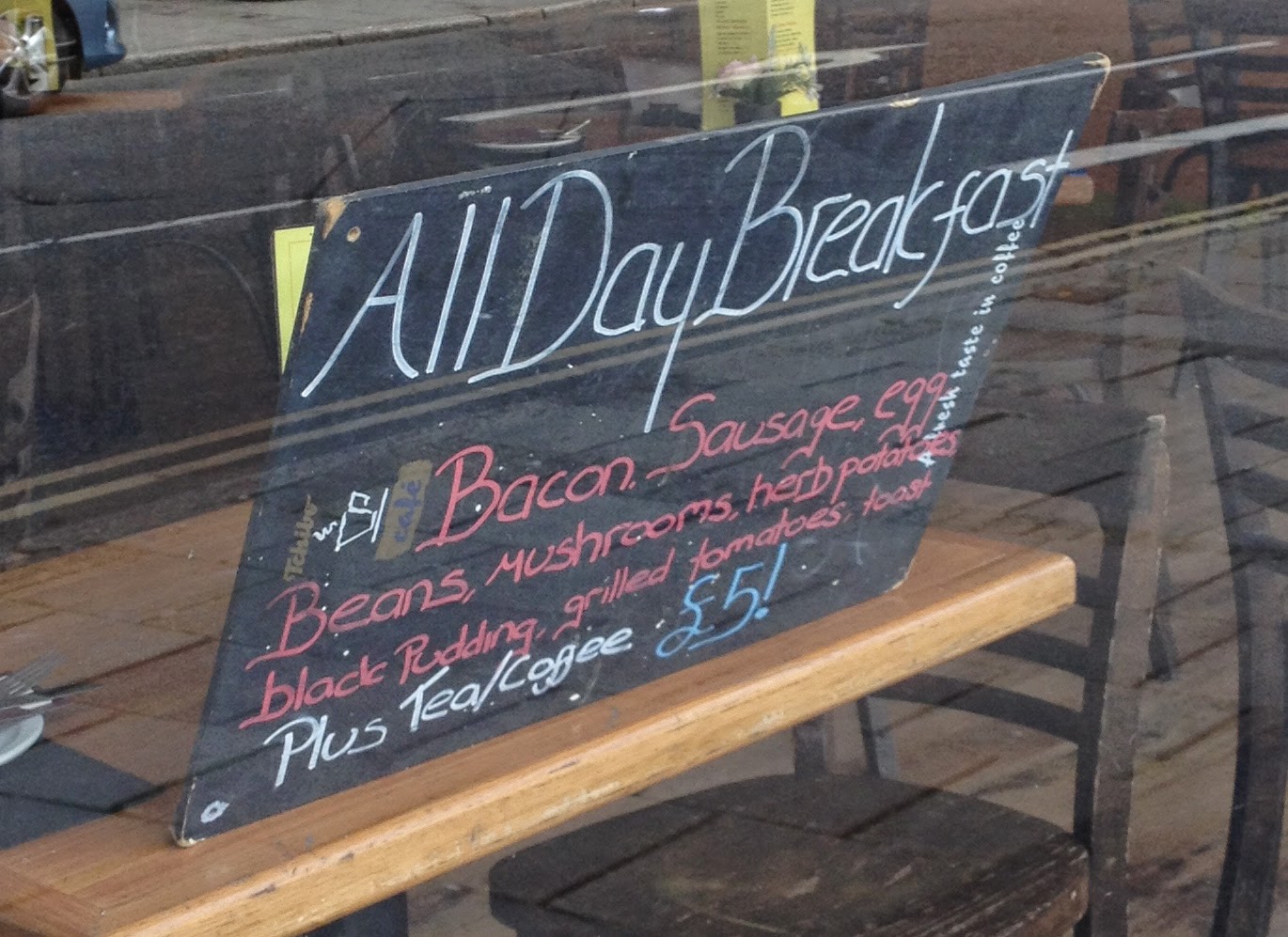 This was what I was going to try, a bargain at £5! 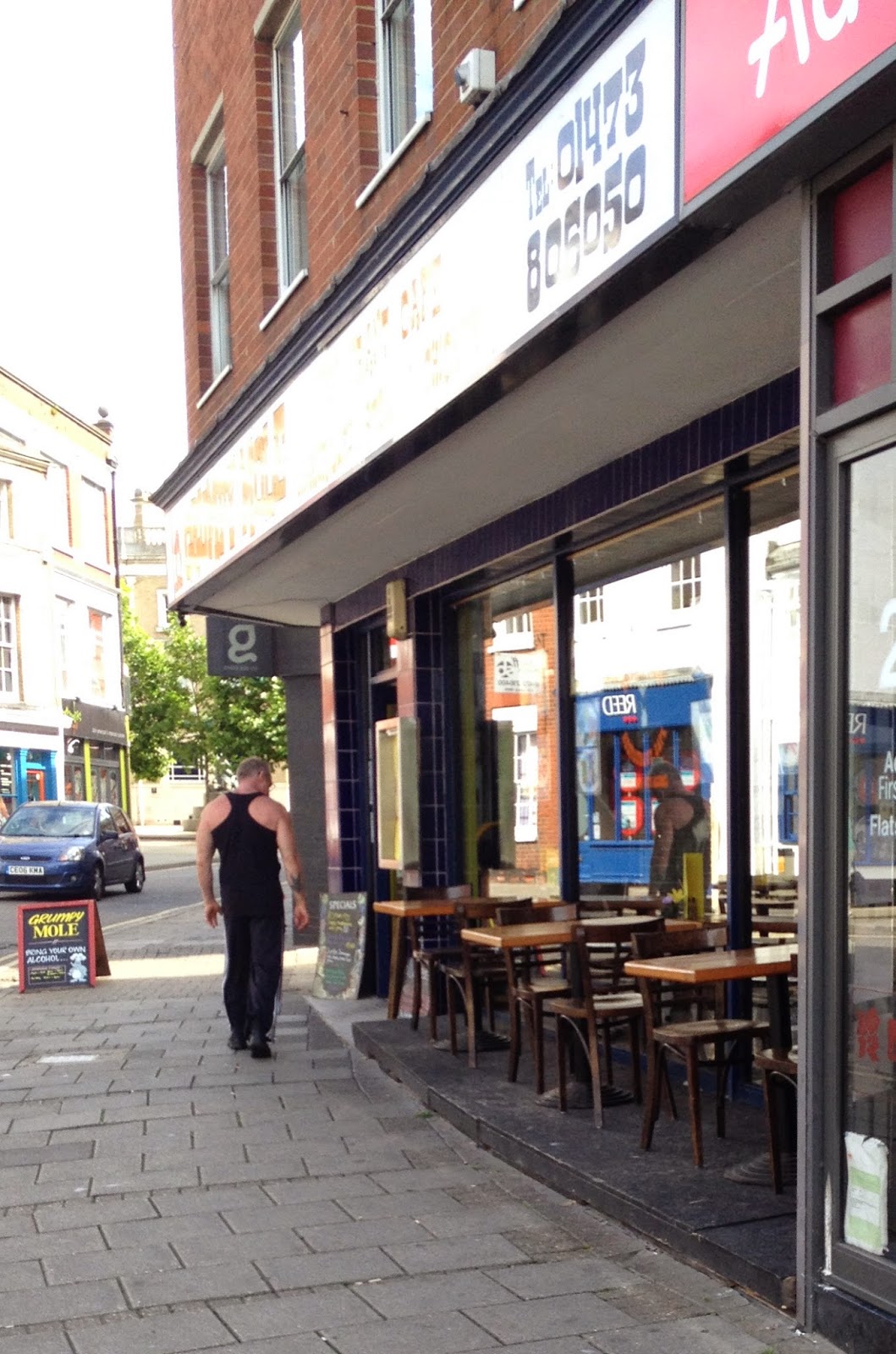 When I returned later there was outside seating too. 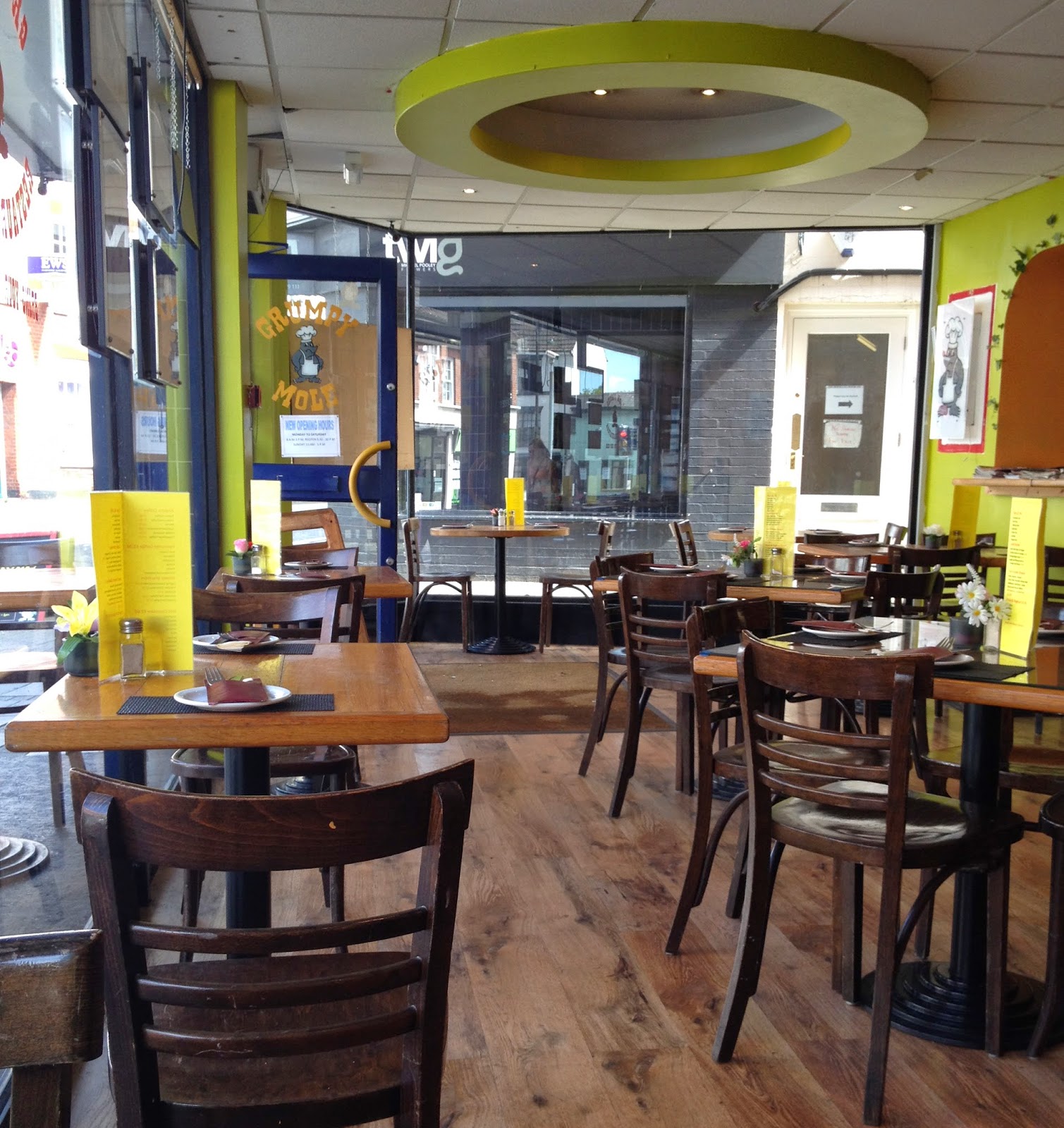 There were plenty of places to sit inside. 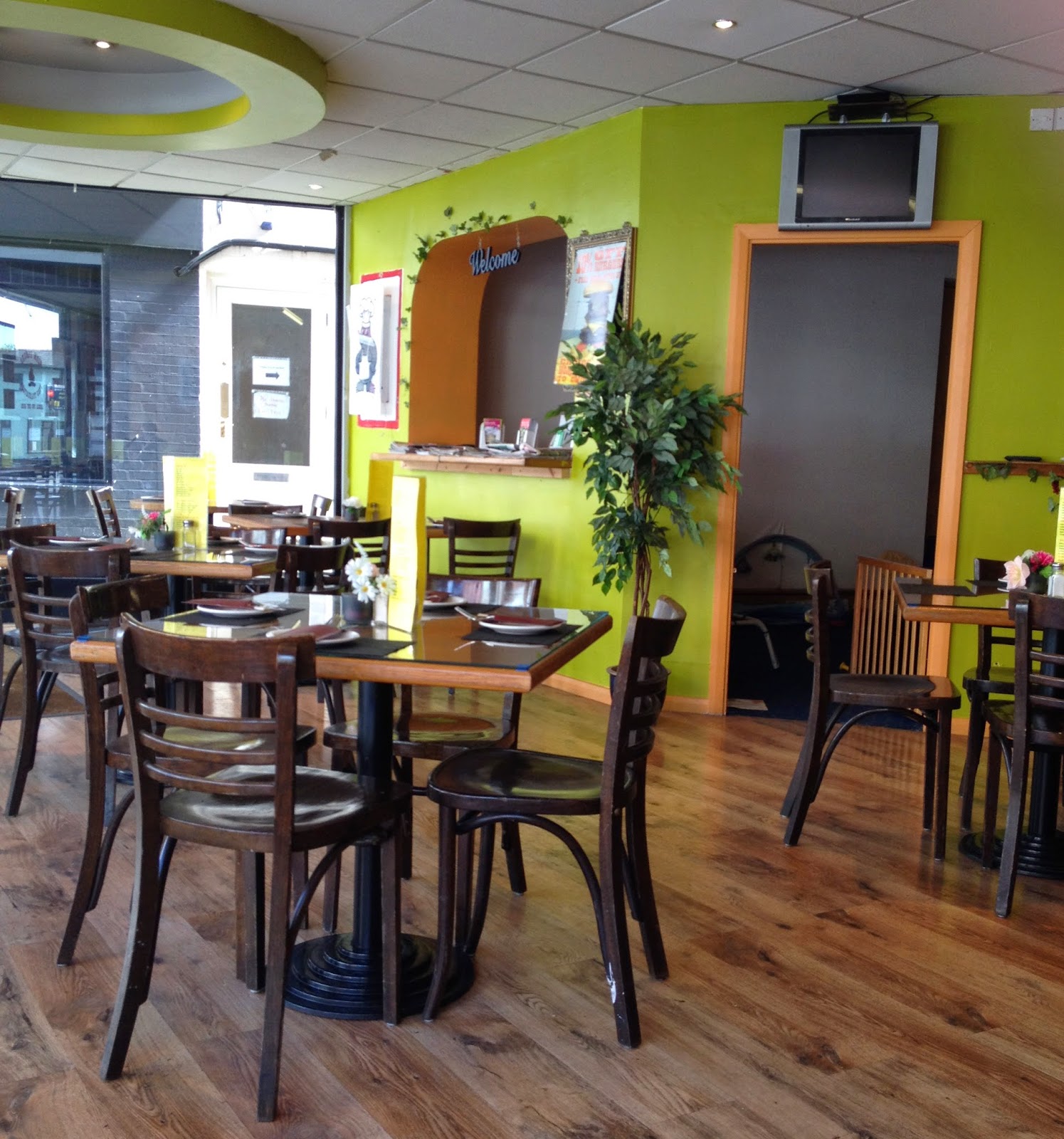 Below the TV was a children's play area. 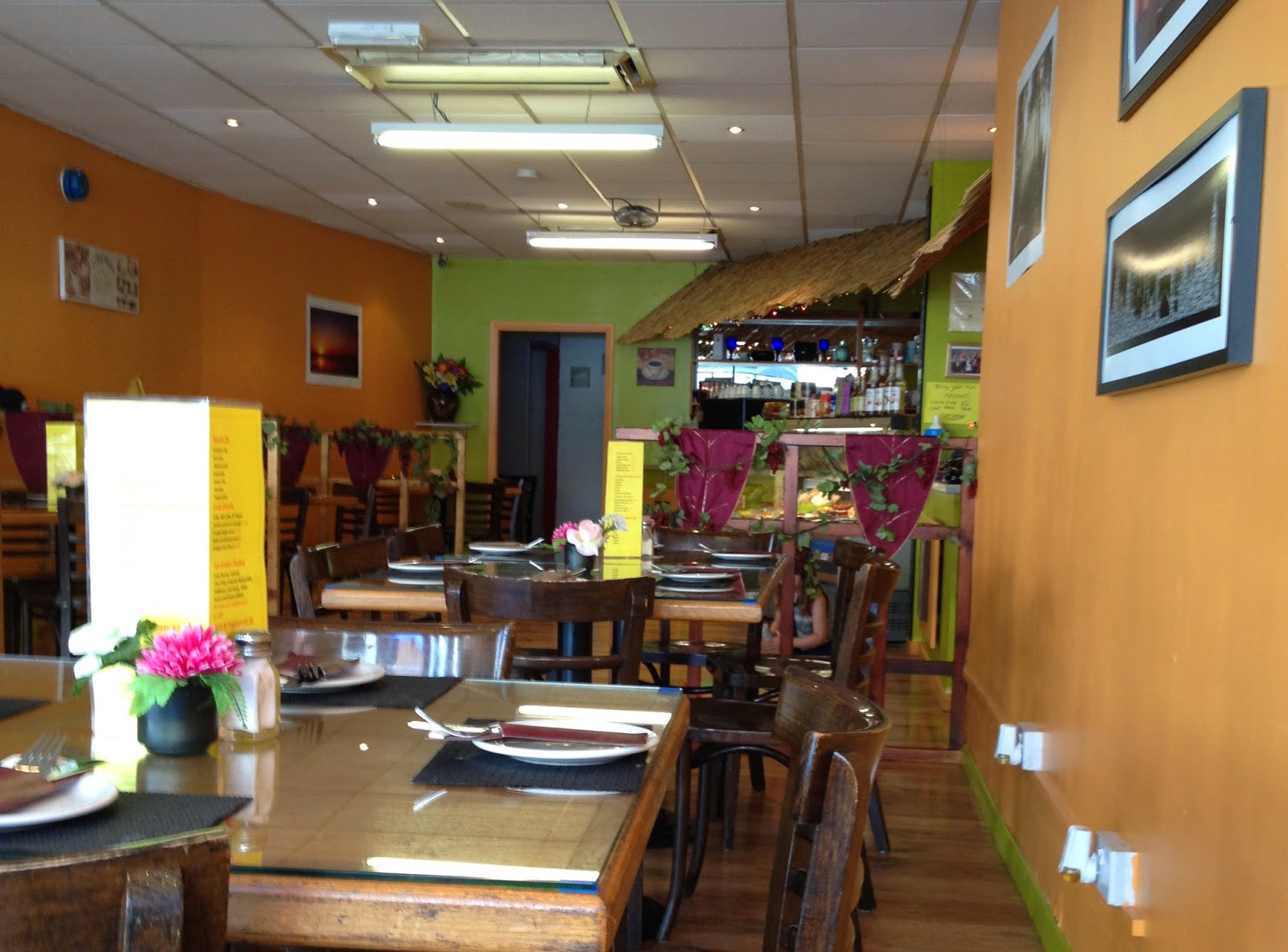 The counter and kitchen was in the far right corner. 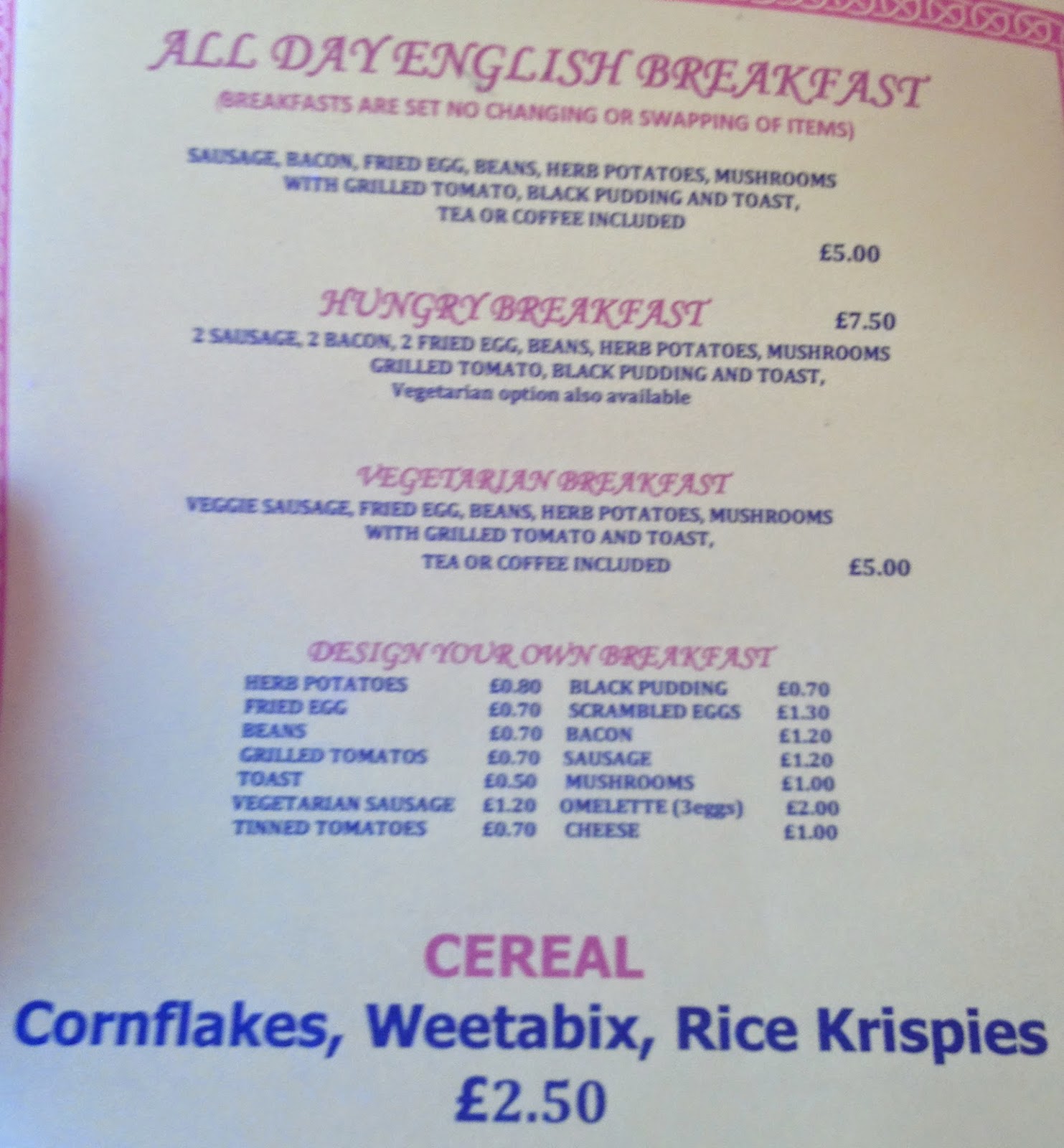 I considered the Hungry breakfast but it didn't include a coffee so I went for the all day breakfast which seemed like much better value for money. 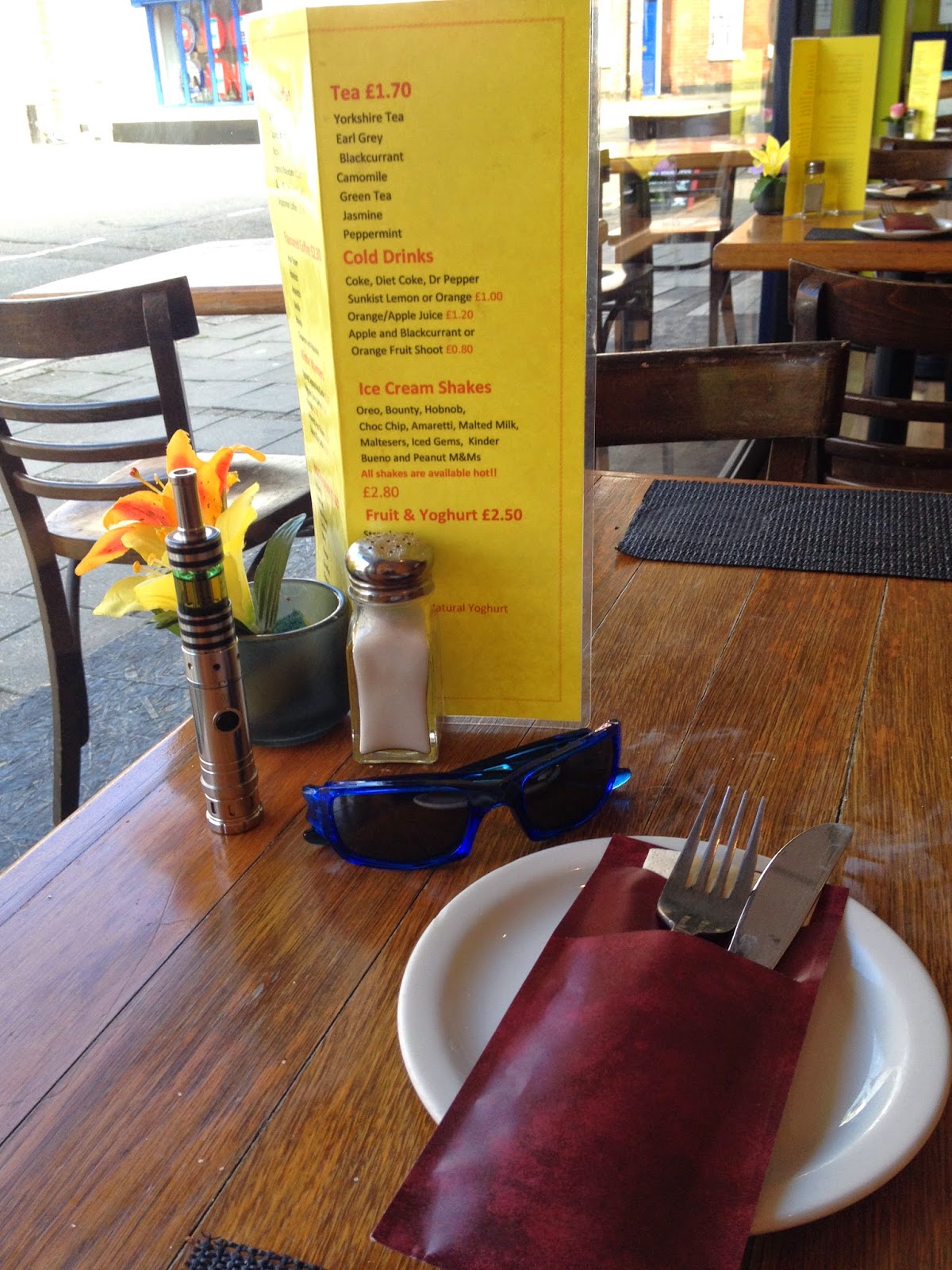 I am usually careful to hide any clues about my identity! 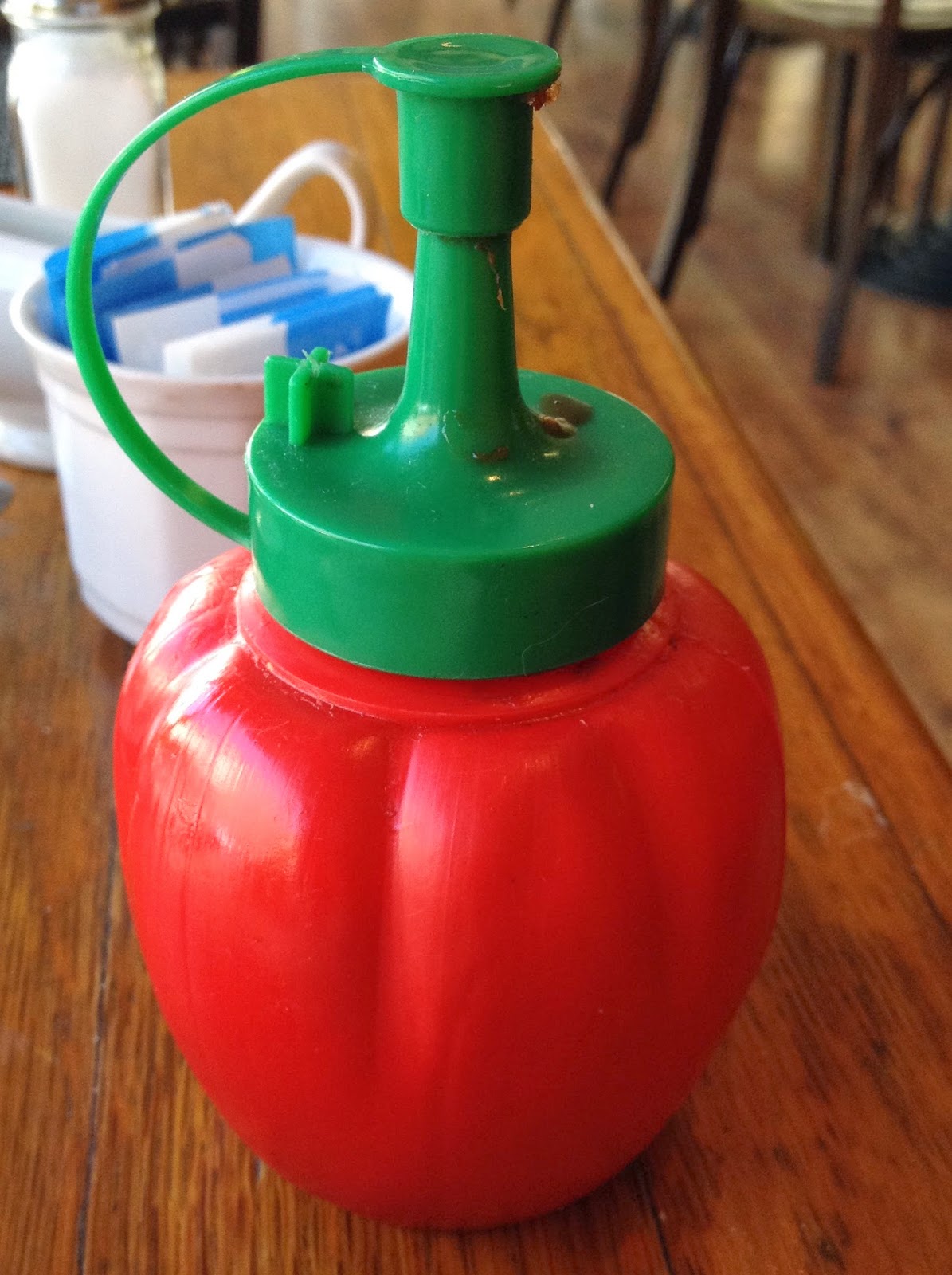 Not the greatest ketchup inside but I liked the bottle! 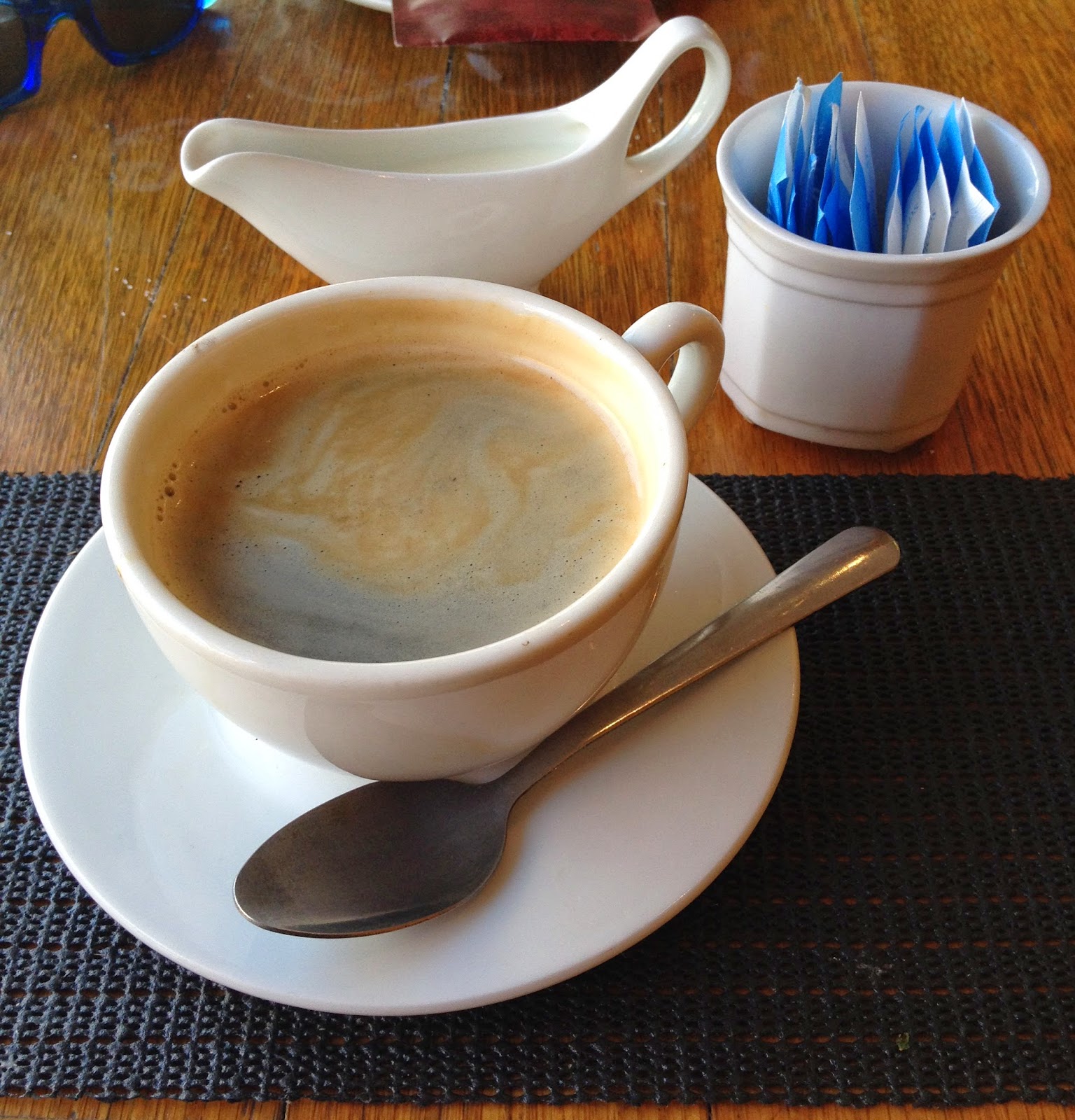 The coffee came with the breakfast and was ok. 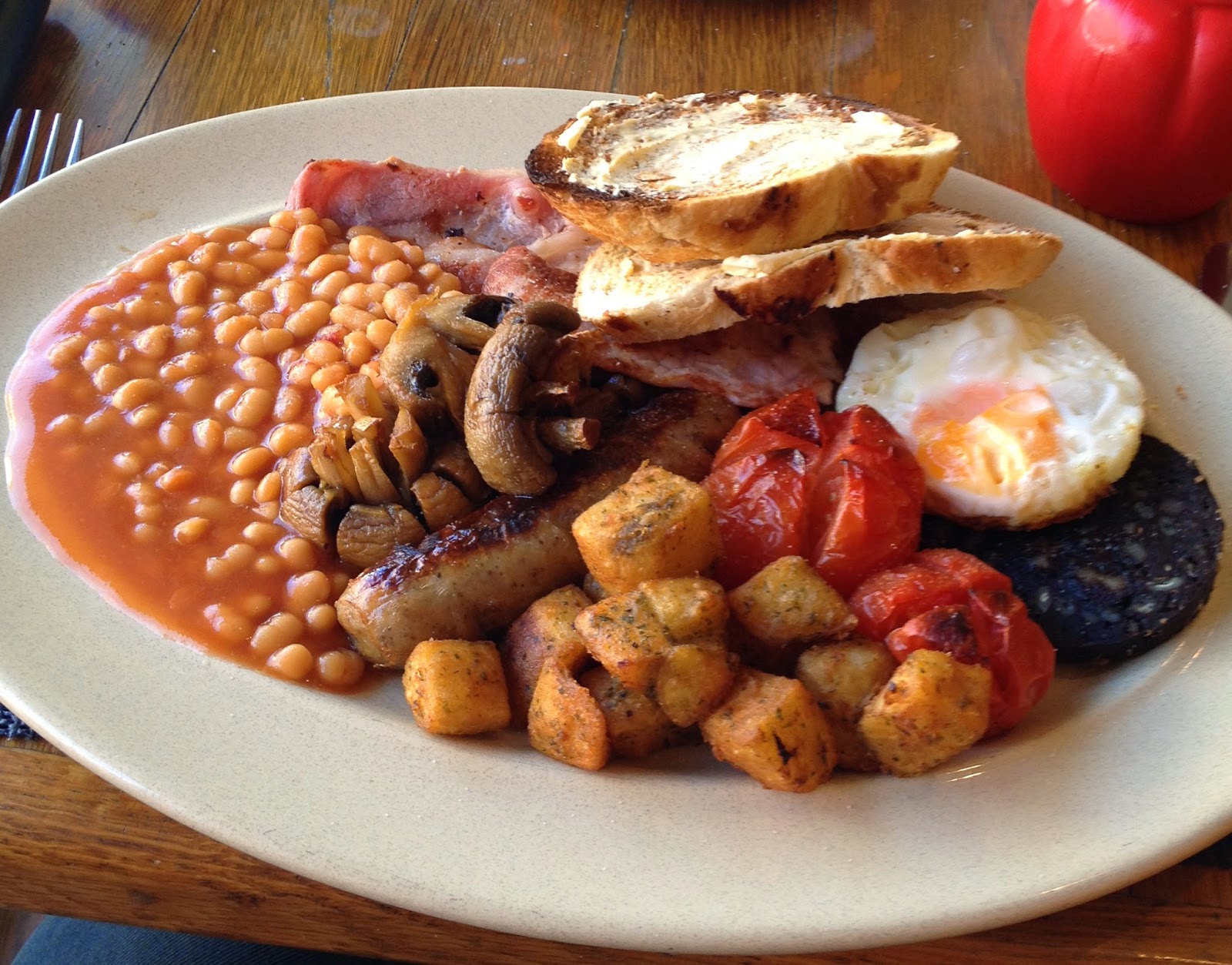 The all day breakfast looked bigger than I was expecting when it arrived. 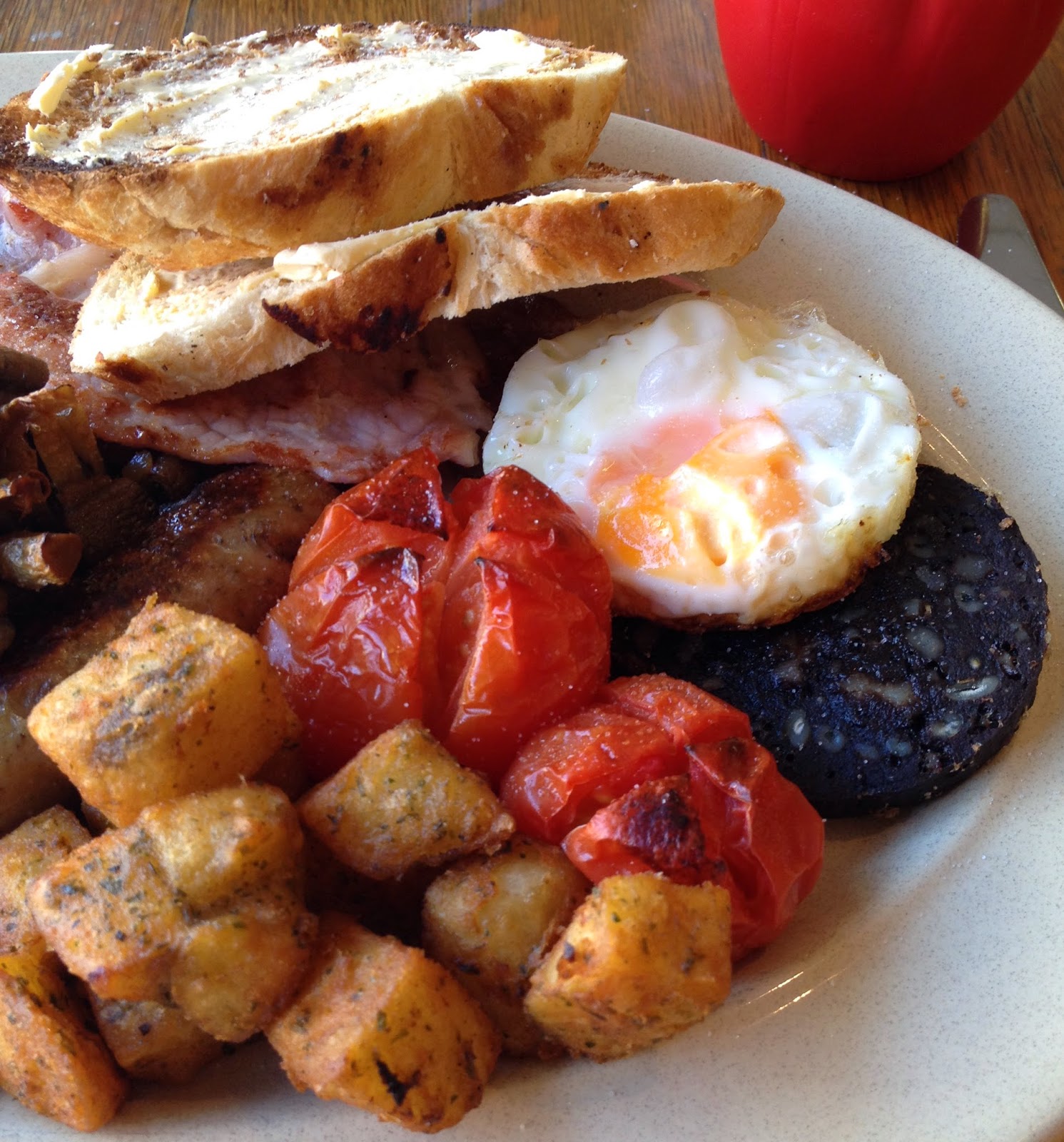 I wasn't sure about herb potatoes for breakfast and the tomatoes were really bitter tasting, everything else was quite nice though. 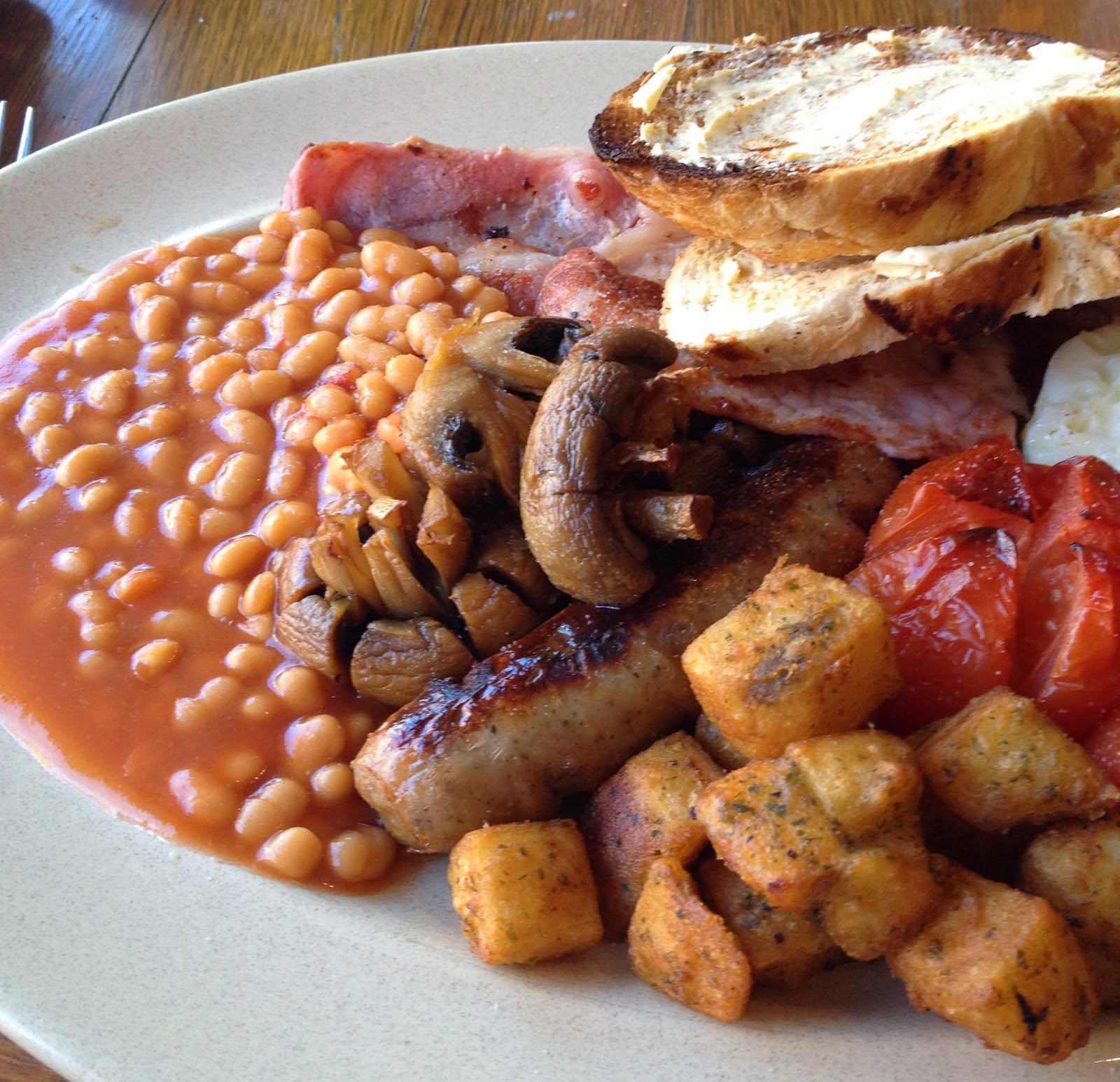 A bit too much bean juice and an interesting cut effect on the mushrooms, the highlight was the bacon.


My wife had a stall at an Ipswich arts and crafts market and I was going along to help her. As soon as I knew I would be spending the day in Ipswich I realised it would be a golden opportunity to do my first ever inspection there. I had asked for recommendations and searched online for possible places to visit. Initially I was going to visit Saints but they were closed on Sundays (I actually later discovered they were open in the end so.. time to update your website Saints!) another option was Isaacs on the quay, but with an 11.30am opening time I ruled them out too. I ended up walking until I spotted somewhere and it was Grumpy Mole on Queens Street that caught my eye...

Upon entering - This large cafe has many tables inside and a few tables outside too. It's very child friendly with a children's play area in a separate room so the kids will be kept amused whilst you tuck into your breakfast. I arrived when they had just opened so it was empty but a few people arrived by the time I had left. The decor is fairly modern and the walls very bright and colourful. There is a counter at the back where the till is, the kitchen is behind here too. It seemed quite dark inside but sitting by the window was ok with plenty of natural light, perfect for taking photos! Each table has cutlery in a pouch with a serviette on top of a side plate, a menu, plastic flower and salt & pepper. Sauces are available on request and sugar arrives with the hot drink if you order one. It was a fairly nice and relaxing environment to sit and eat breakfast in on this sunny Sunday morning! 7/10

Service - The name Grumpy Mole filled my mind with thoughts of a grumpy waiter coming over to take my order but thankfully the complete opposite happened when I walked through the door! The staff here are really helpful and friendly making you feel immediately welcome and serving you very efficiently. I was greeted with a smile and told to take a seat anywhere I wanted, a menu was brought over and I was given time to look through it (and take a sneaky photo of it!) I placed my order and was offered tea or coffee. The coffee arrived first and a little while later the food, I was offered sauces and later asked if everything was ok. I payed at the counter on my way out and was bid goodbye as I left, great service! 8/10

Presentation - I could tell the egg was overcooked but it was a good distance from the beans ensuring bean juice/egg touching phobics would sigh in relief! There was more food on the plate than I was expecting and it was looking fairly good to me. The mushrooms had an unusual pattern of cuts I had not seen before, most likely to help them cook evenly but creating an almost flower like effect, maybe a local technique? 7/10

The food - The sausage was a fairly soft textured herby catering variety, not a really cheap one though and reasonably nice. The highlight was the bacon, full of flavour and nicely cooked, I prefer it softer than really crispy. The black pudding was a standard soft slice and the plentiful sea of beans sat in a lot juice. I enjoyed the herb potatoes with a nice crispy edge but didn't particularly feel the hint of garlic in them went with a breakfast. The mushrooms were delicious and the egg tasted good but was overcooked with a solid yolk. Nice bread had been used for the toast, thick margarine spread over it that hadn't melted was a bit disappointing though. 6/10

Value for money - Not the greatest breakfast in the world but a bargain for £5, especially considering it included an extra slice of bacon and a hot drink too! 7/10

Overall - I usually go for the bigger breakfast on the menu but here it seemed much better value to go for the smaller one. A pleasant environment and friendly service certainly make it a place to consider for this reasonably price breakfast. I look forward to visiting Ipswich some other time to see how other cafes compare! 7/10