All Bar One - Norwich

(Closed due to fire damage) 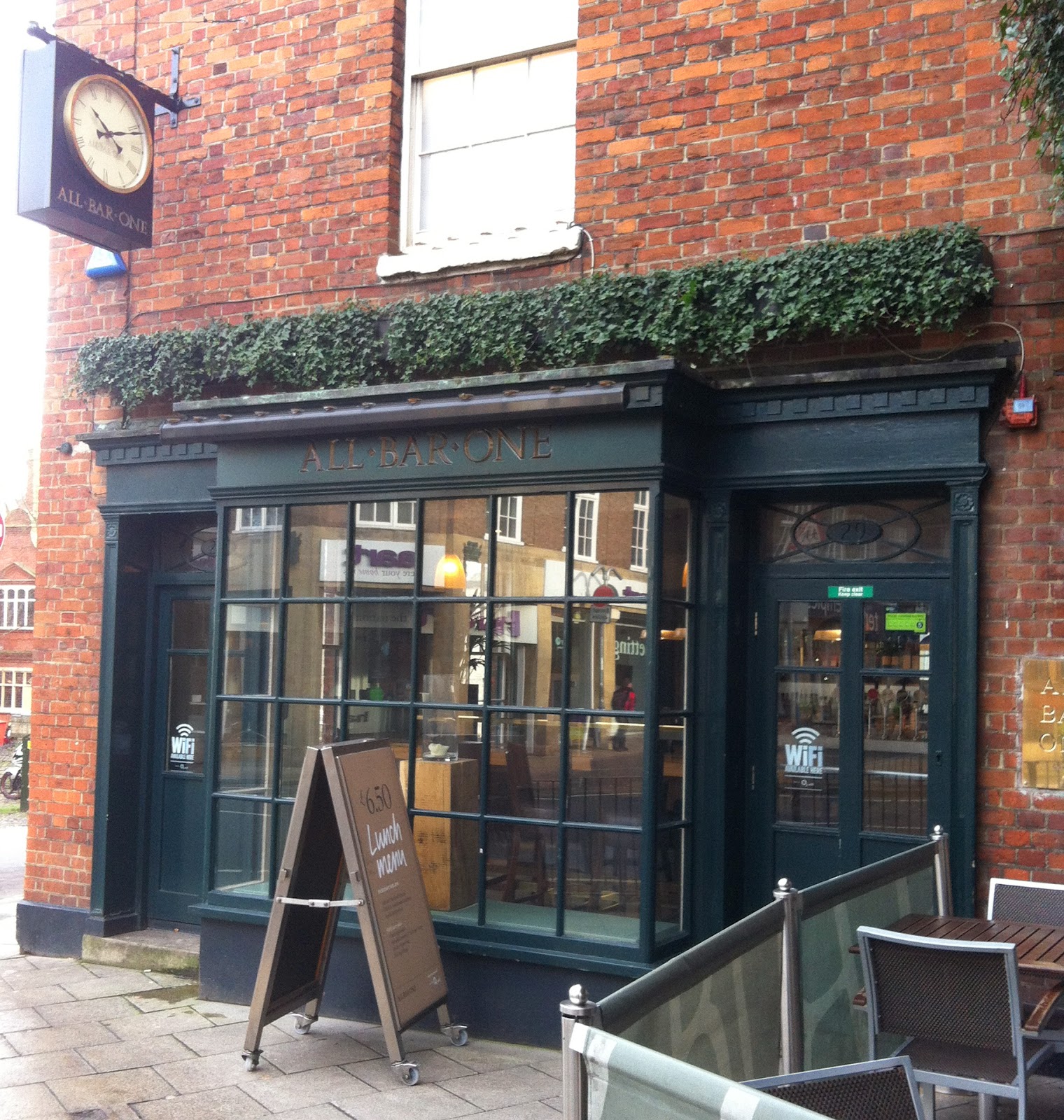 All Bar One looks fairly small from the outside but looks can be deceiving, inside it was much bigger than I was expecting. 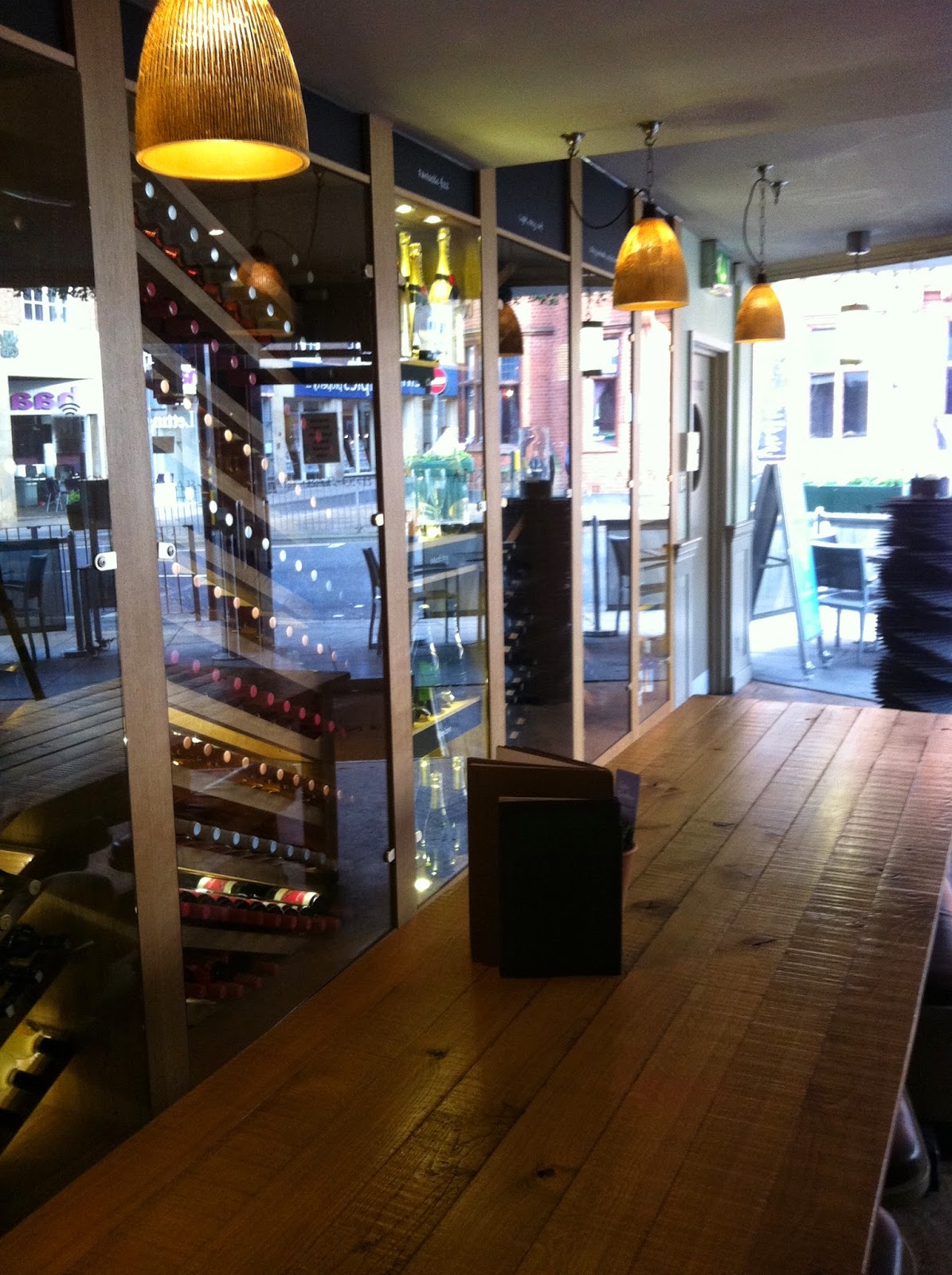 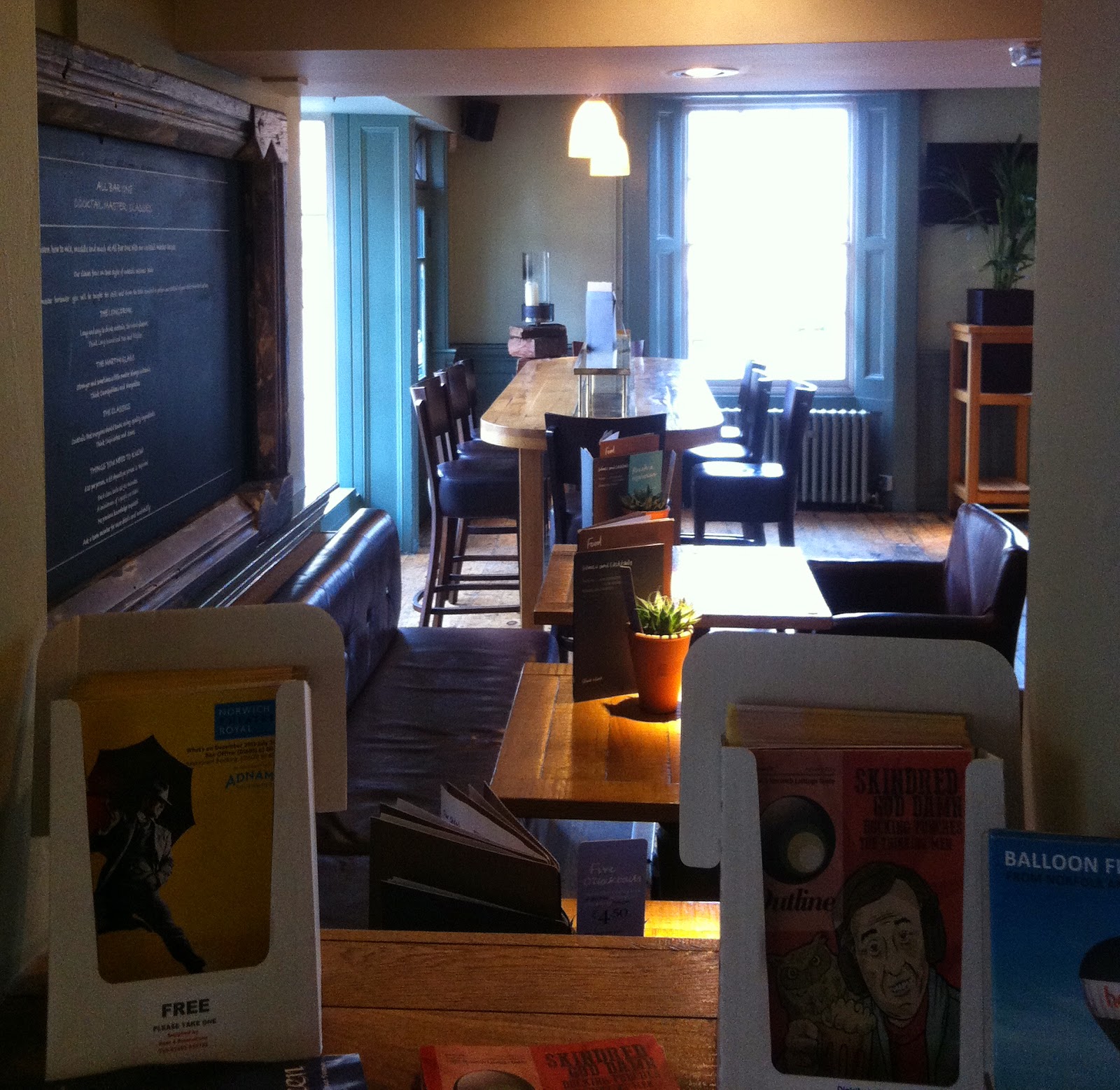 Natural light does flood in at the large table by the window and in the area towards the back though. 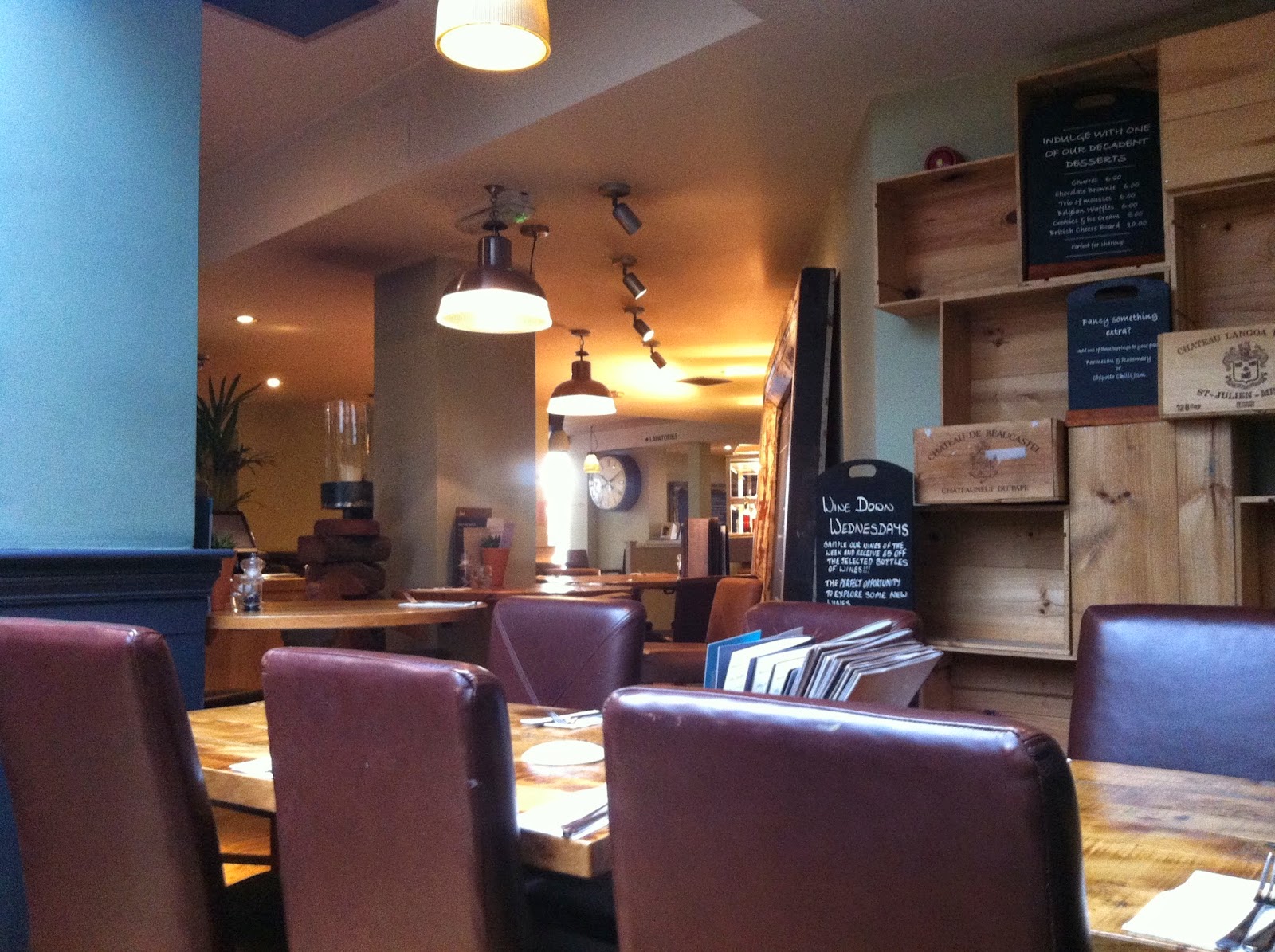 The interior is contemporary and quite quirky in places. 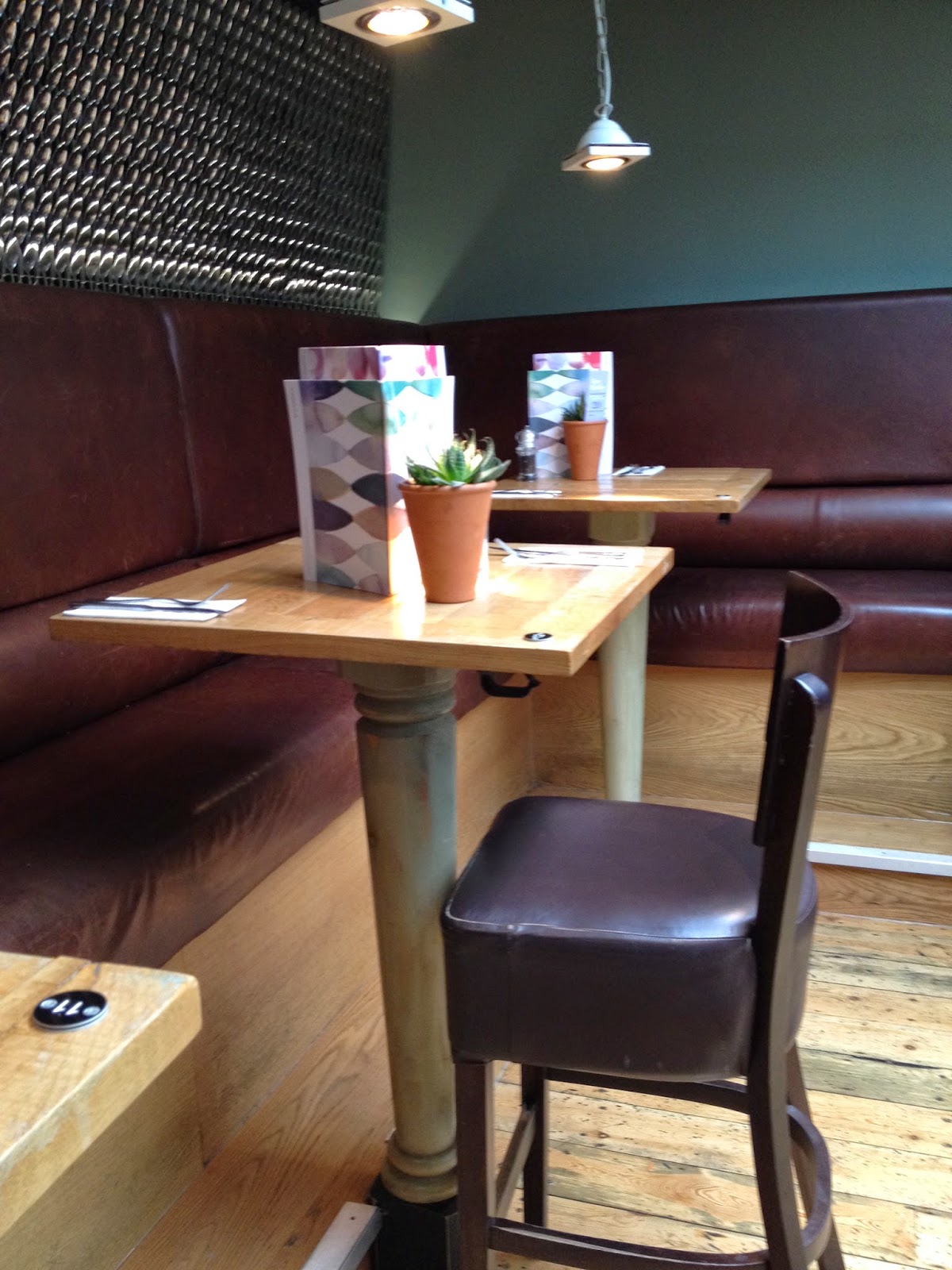 We sat here at first but the chairs were not quite the right height for the table. 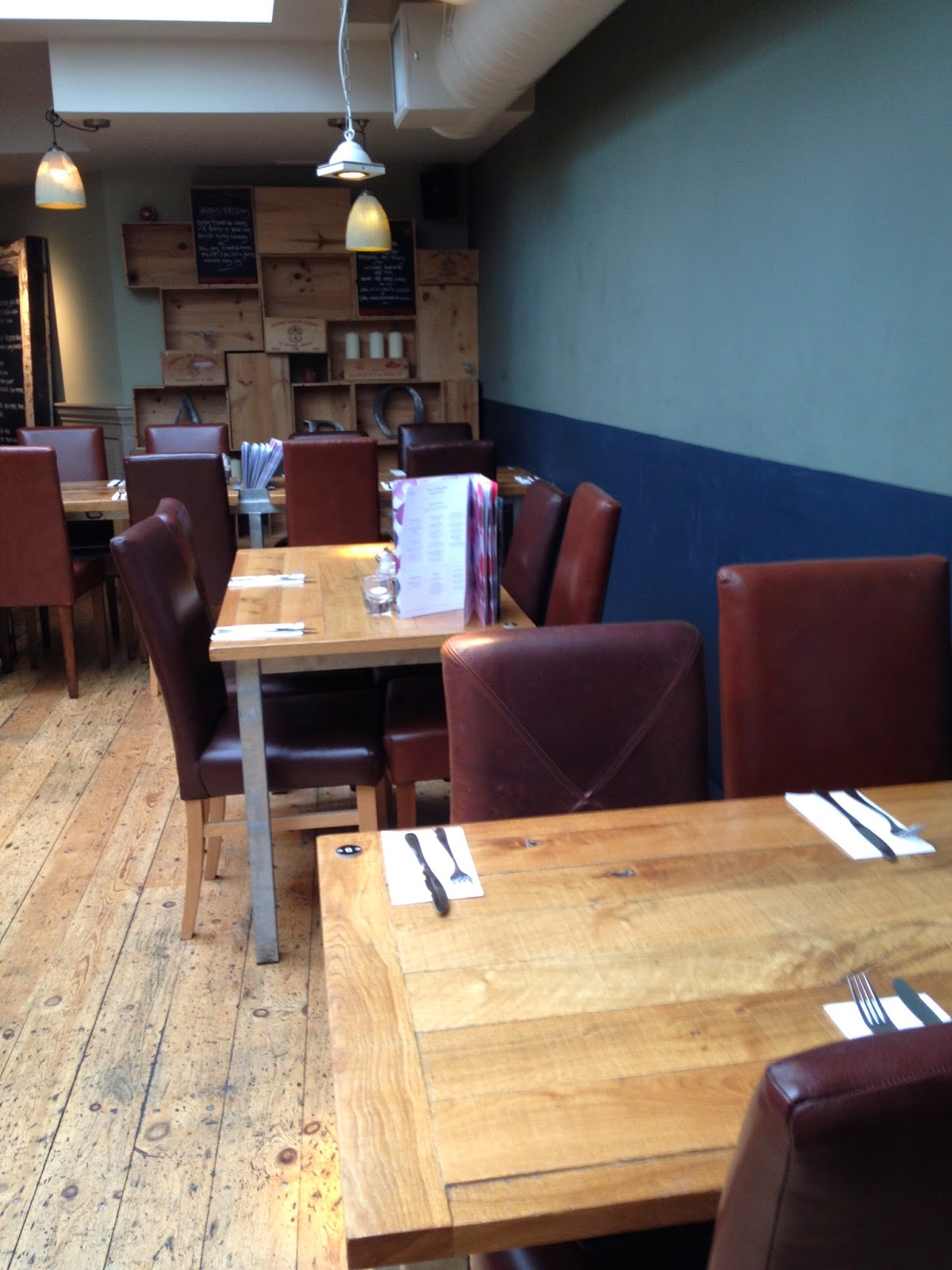 This was a much better spot and the window above produced good natural light. 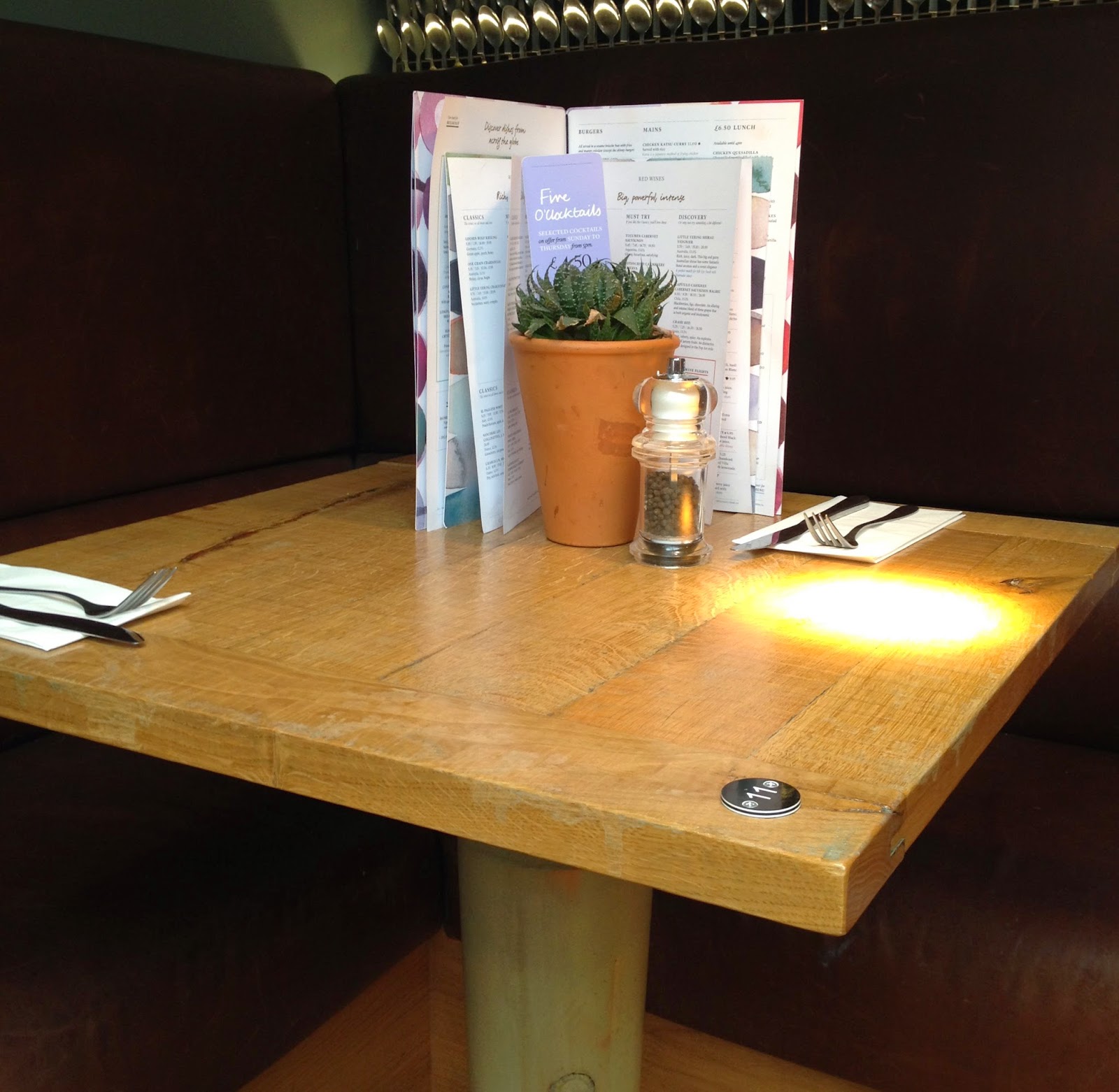 Everything you need is already on the table, sauces are available on request. 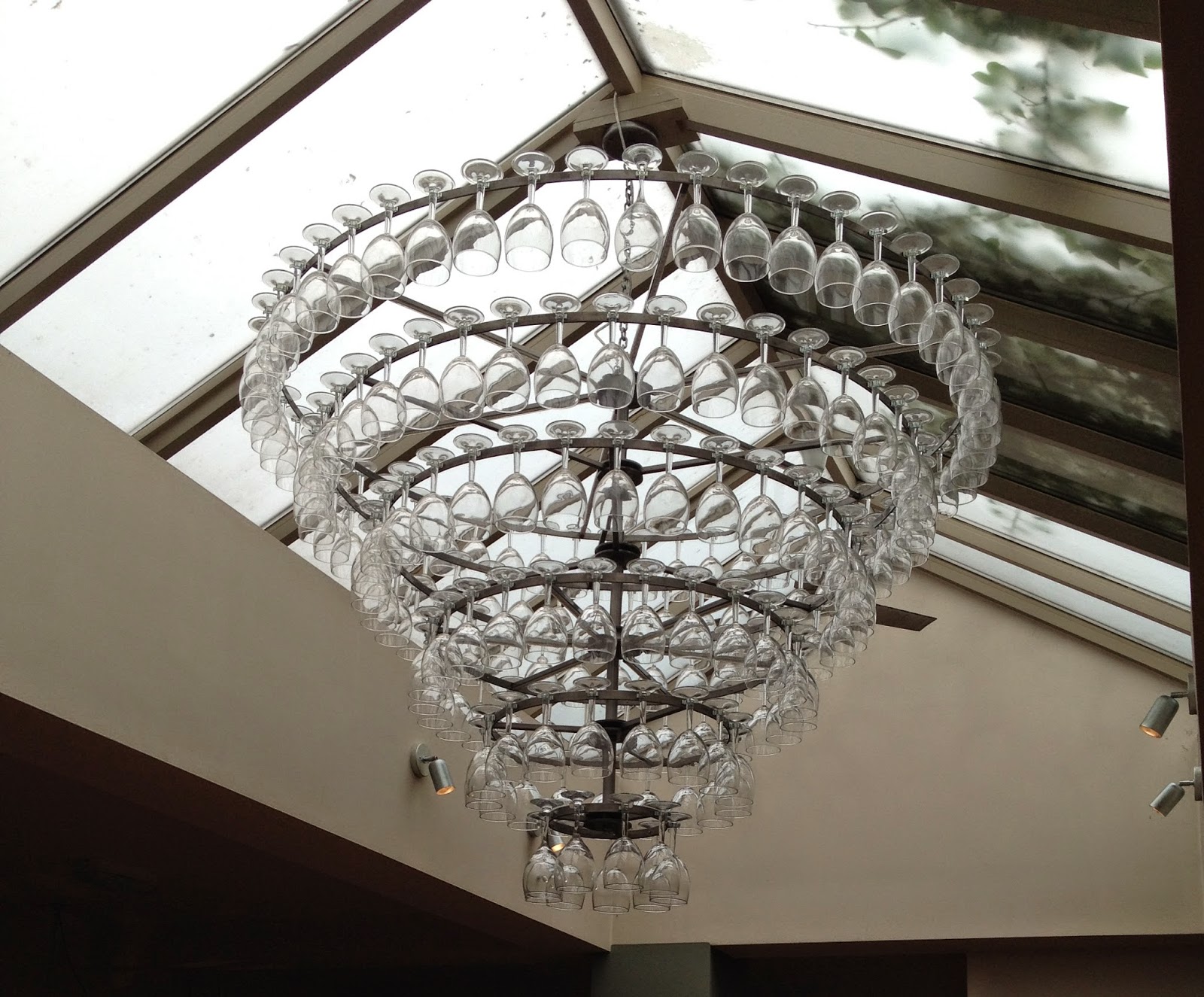 The wine glass chandelier was a nice touch! 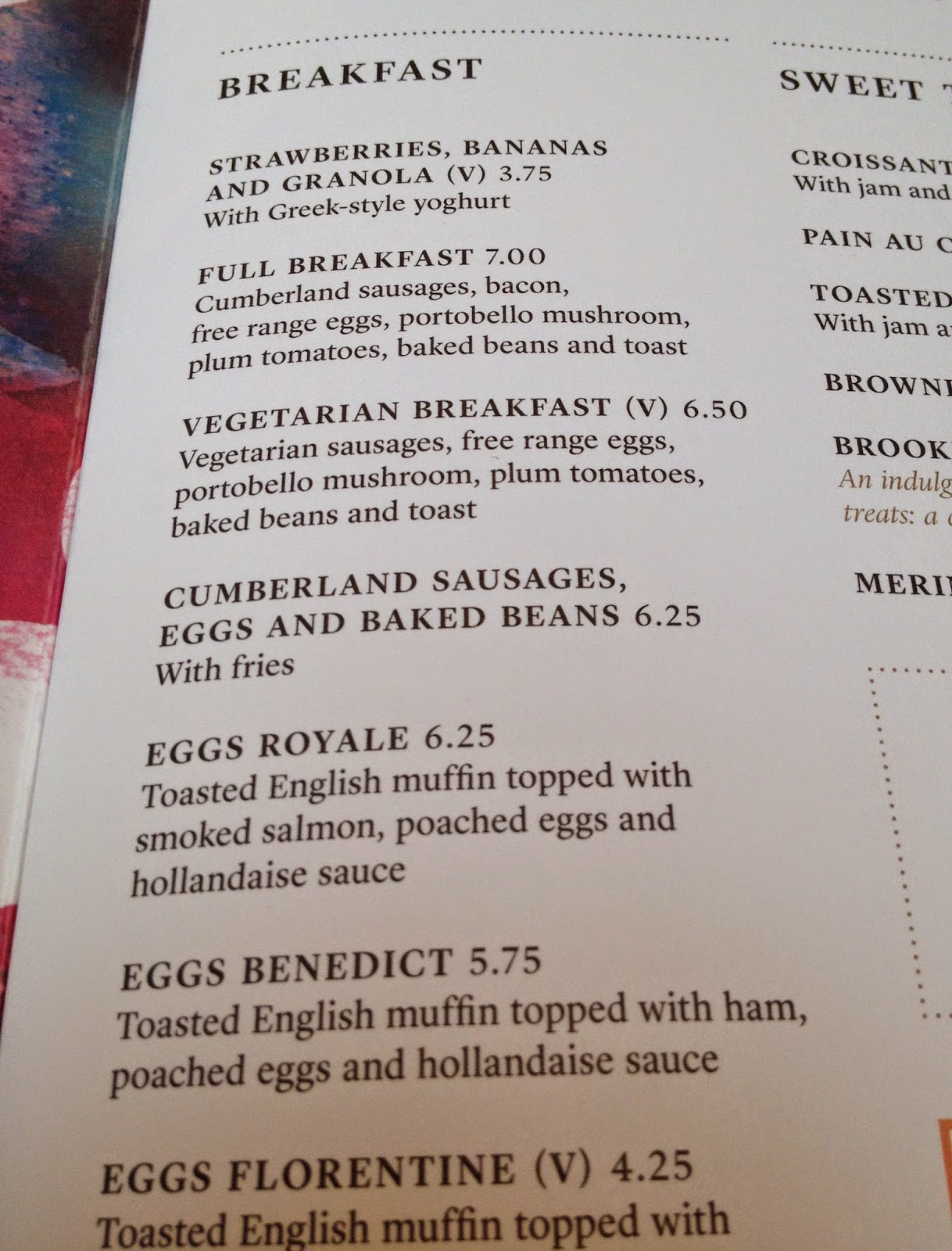 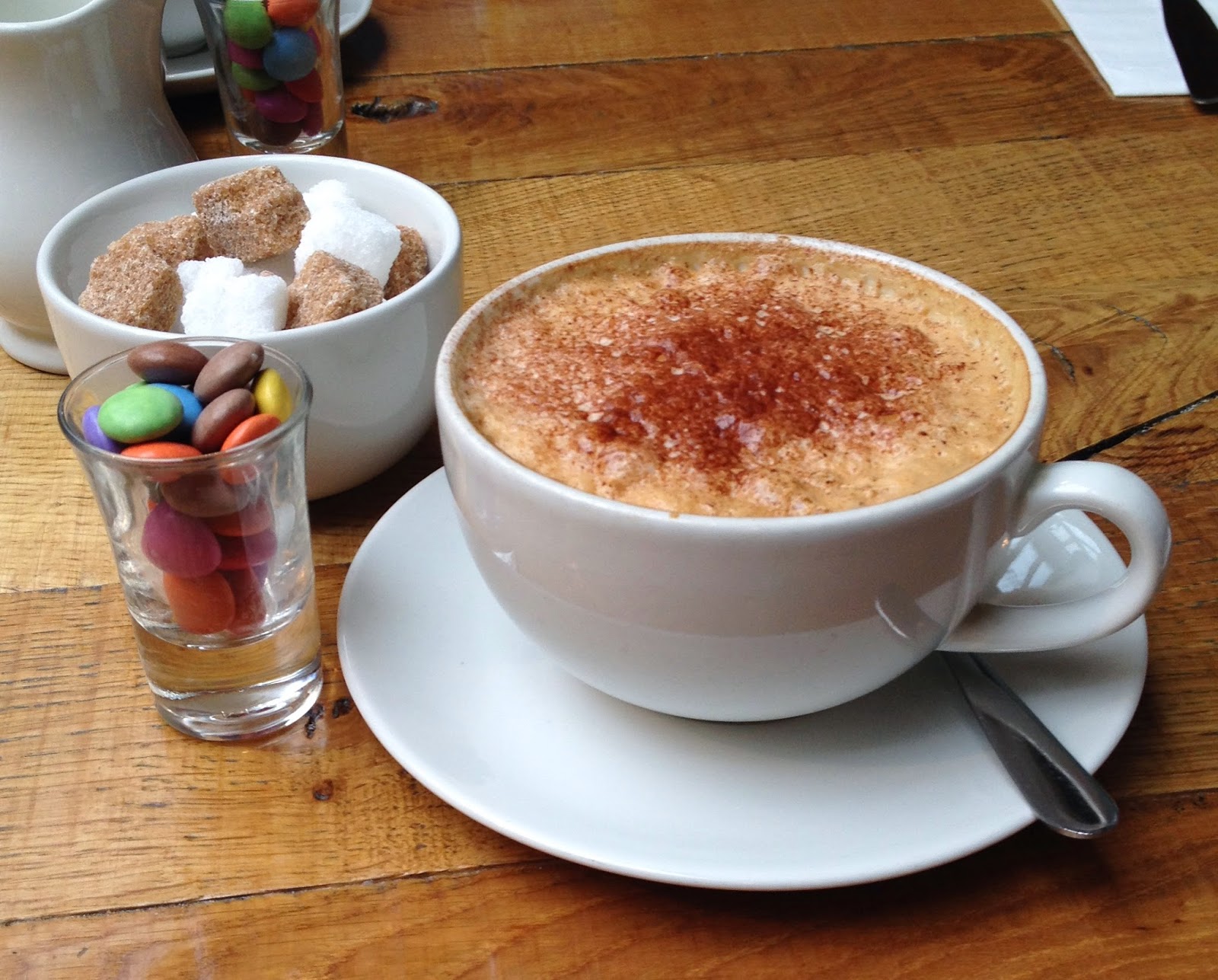 This was a first, a shot glass of smarties served with hot drinks! 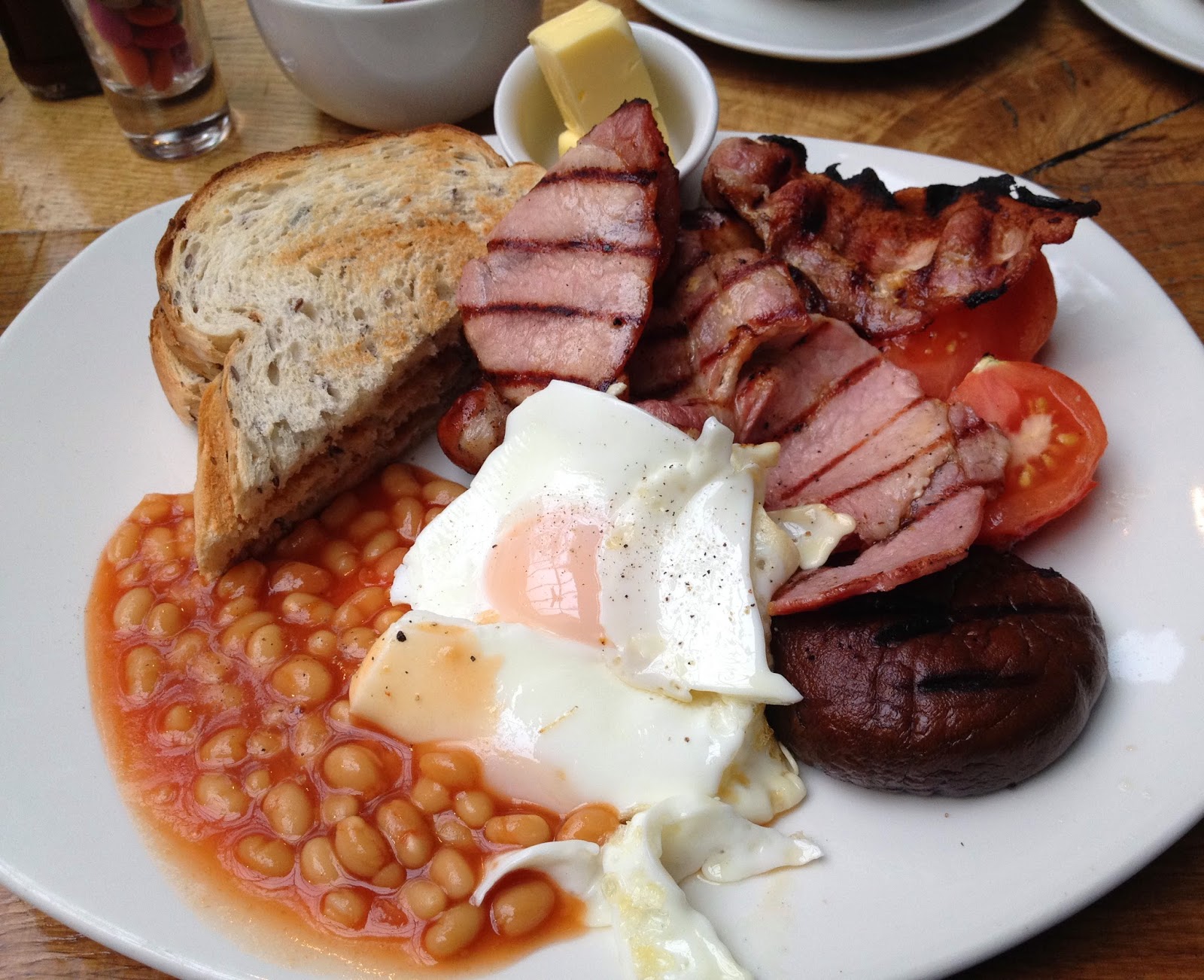 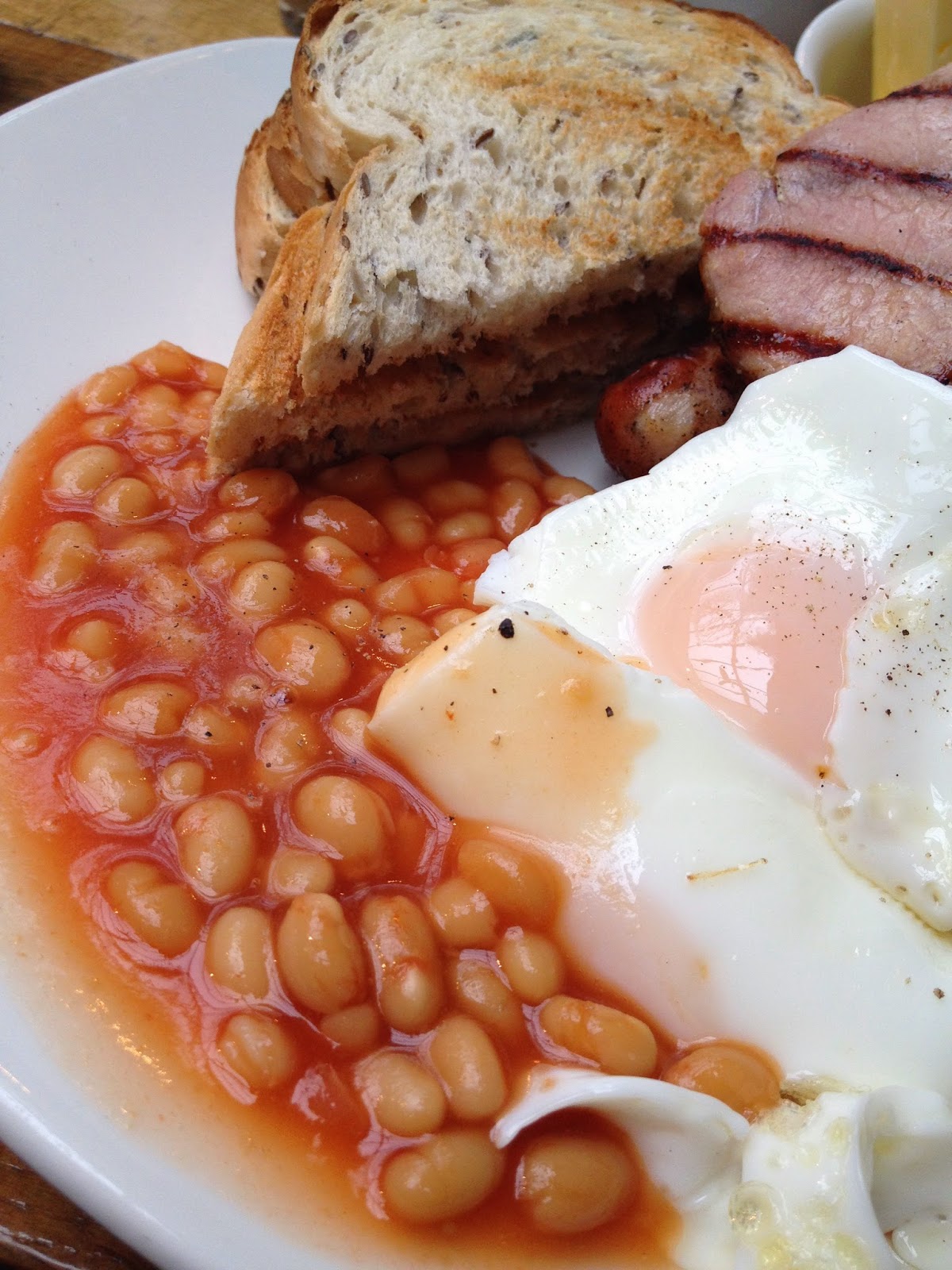 Egg/bean separation was not happening here but thankfully it doesn't bother me. 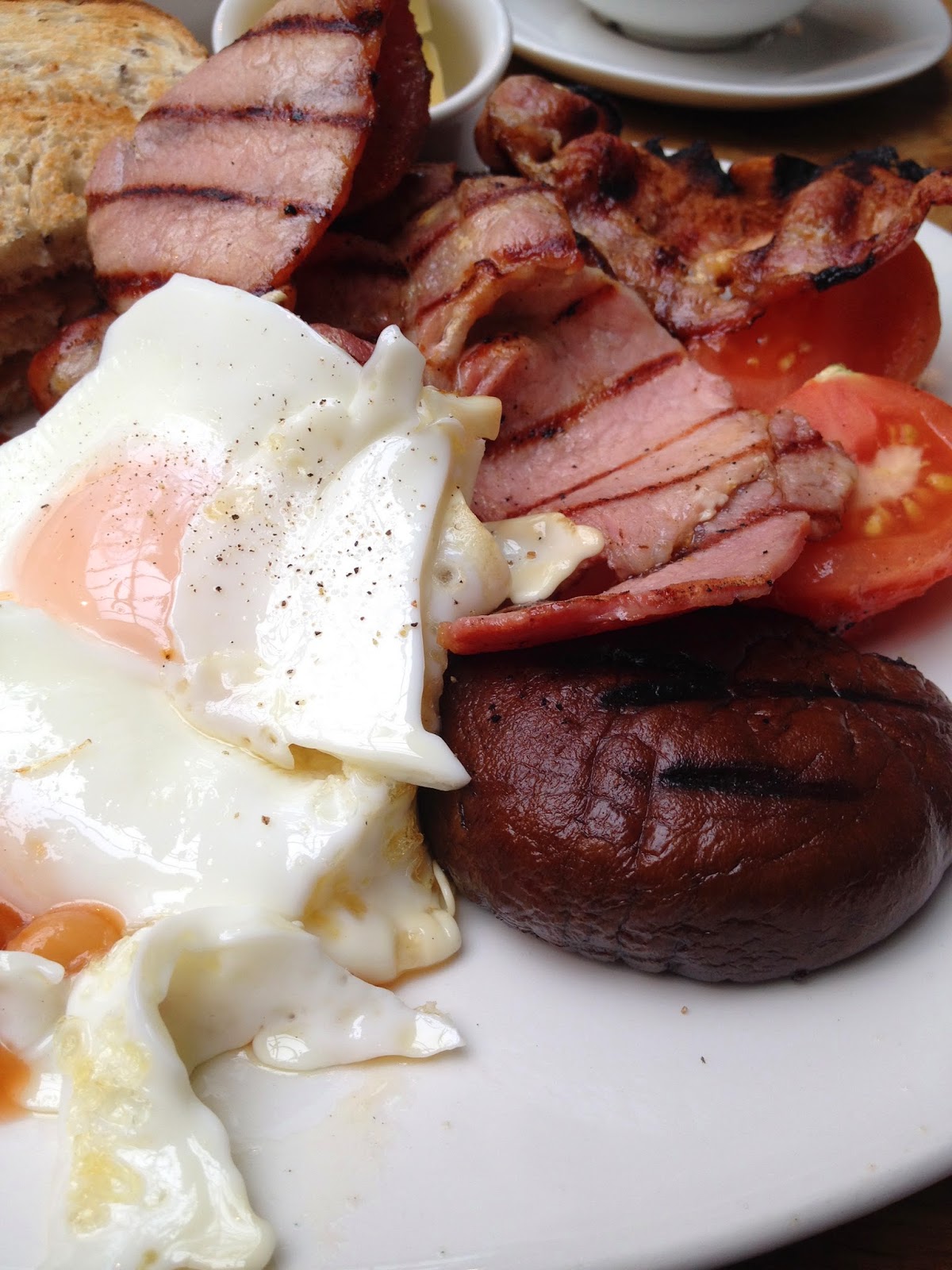 The presentation of the eggs was a bit concerning though looking like they had possibly fallen on to the plate. 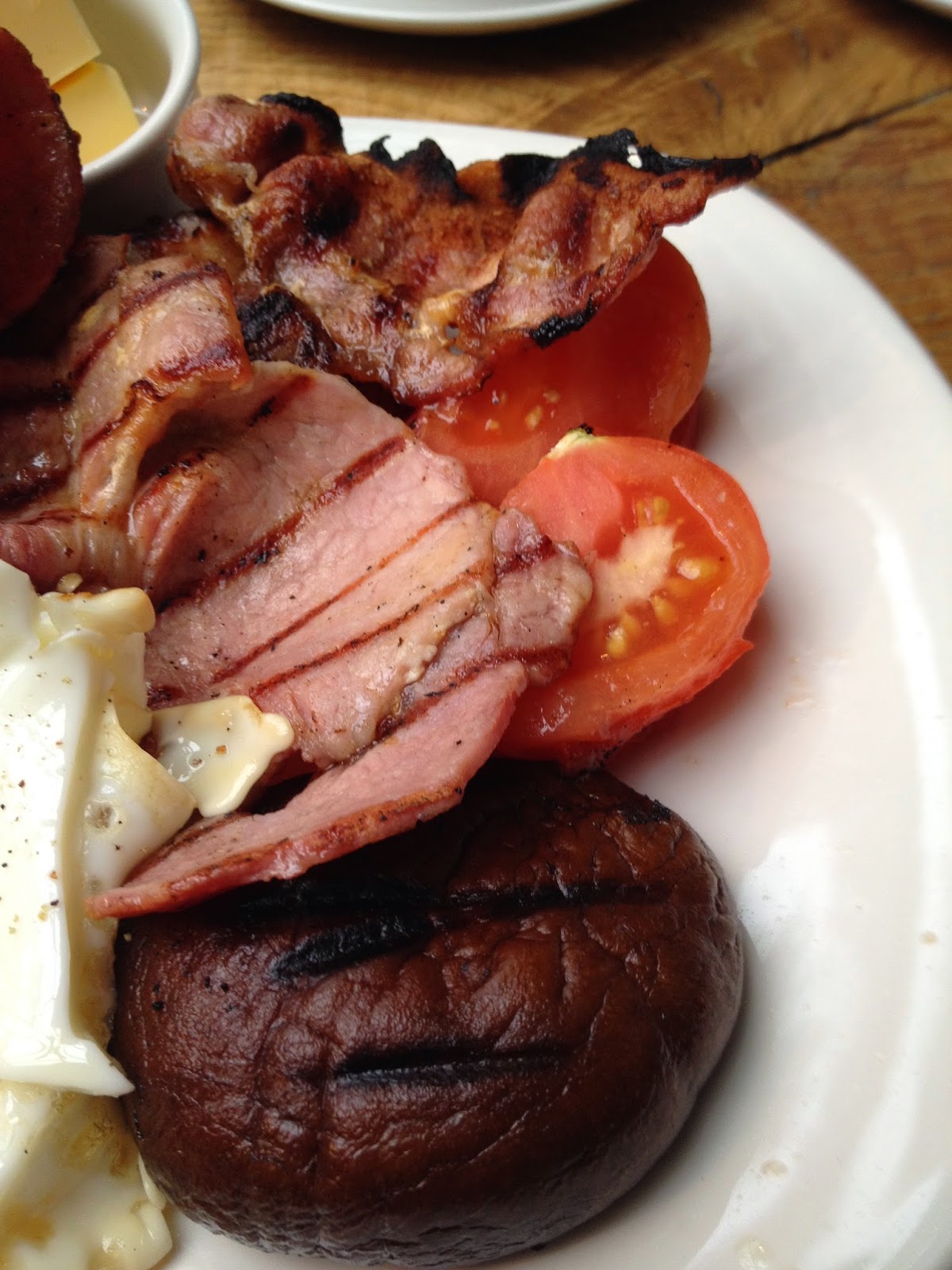 The large portobello mushroom had clearly joined the bacon on the griddle, it tasted good though and the the tomatoes had a decent flavour too. 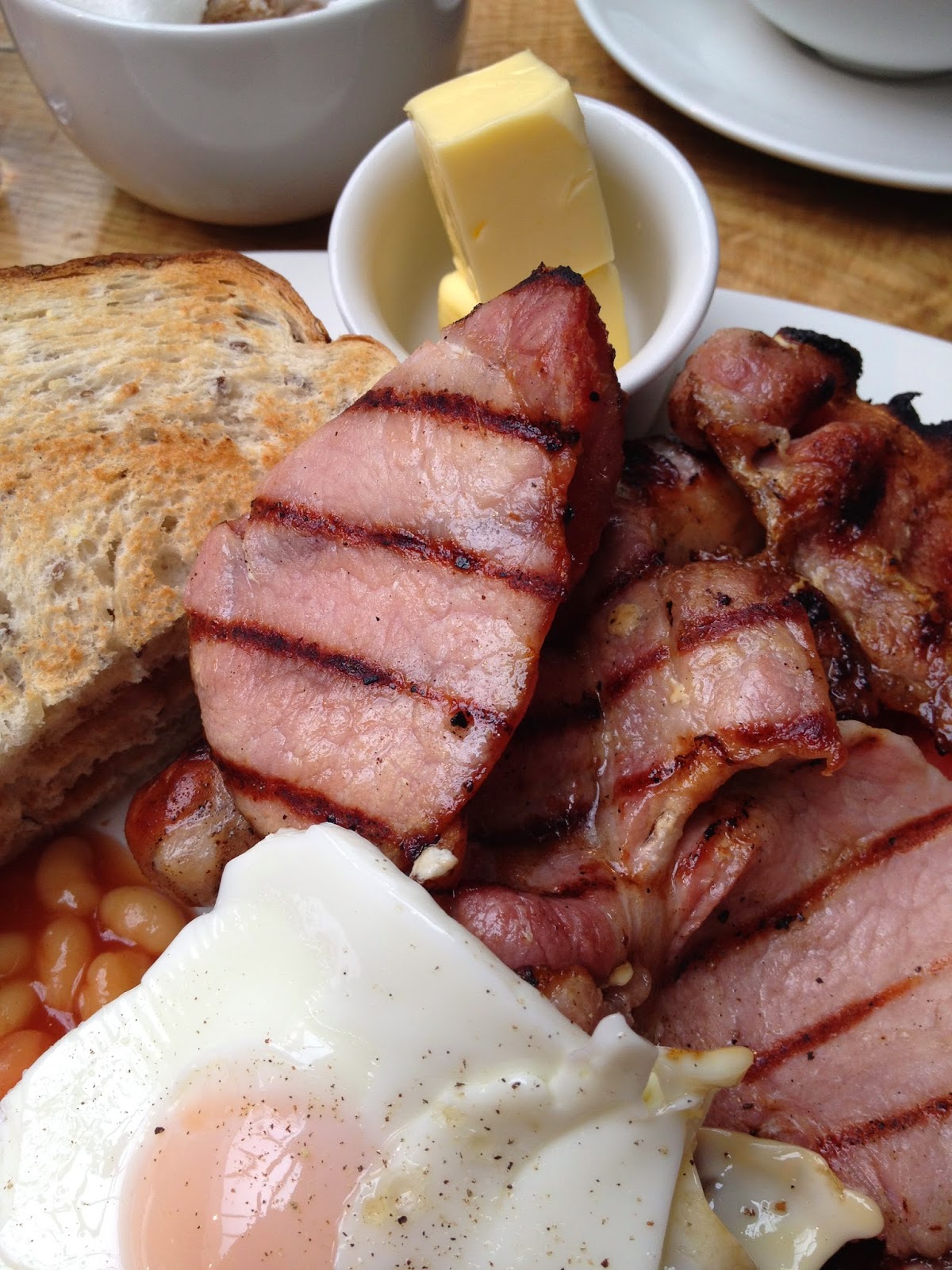 The toast was served on the edge of the plate and the butter in a pot. 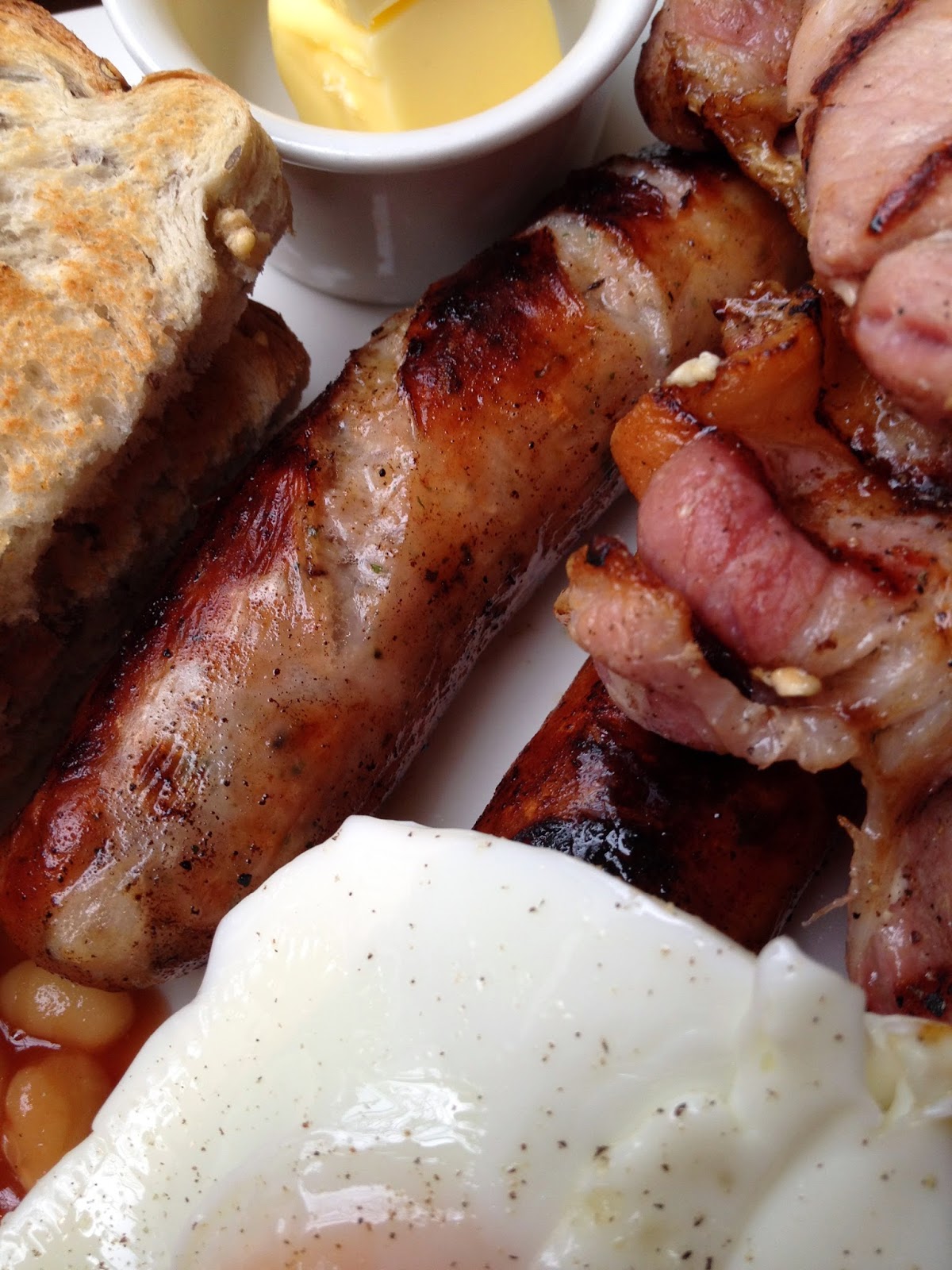 Hiding underneath the bacon were two delicious cumberland sausages. 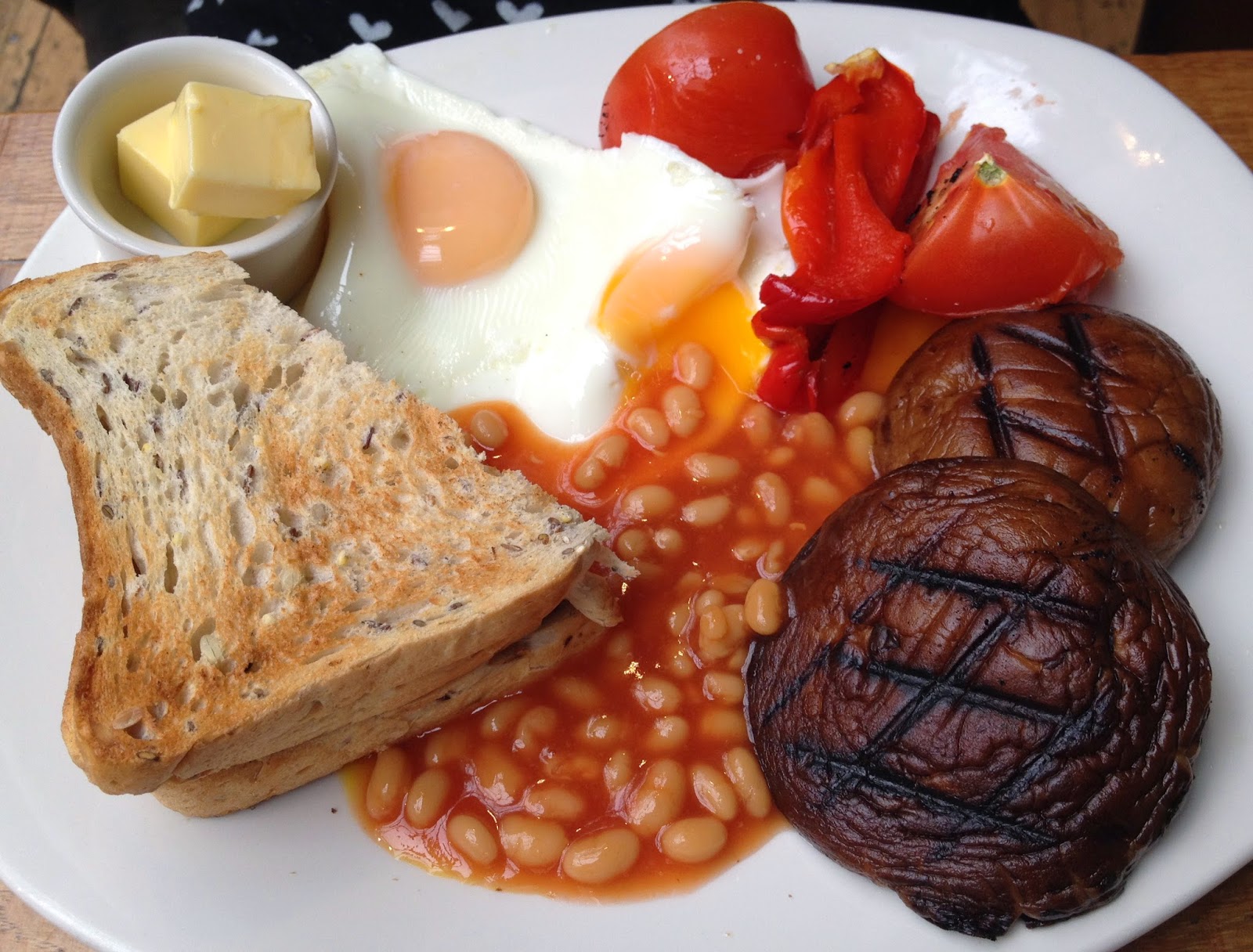 The Vegetarian breakfast cost £6.50, they had no vegetarian sausages so added an extra mushroom and some red pepper too.

This was my second visit to All Bar One, on my first visit they had no sausages so I decided to return again at a later date. On this second visit we soon discovered that they had no vegetarian sausages, my wife was happy to go with extra items instead though so the inspection was on..

Upon entering - What looked like a fairly small place from the outside turned out to be much bigger than I was expecting inside. The interior is contemporary and no expense has been spared on some quite quirky little touches like the huge wine glass chandelier, a wall that looks to be made out of wine glasses and wine crate shelving. You can choose from a vast selection of tables in different shapes and sizes at varying heights, some are in fairly dark areas with overhead lighting and others are by a window if you prefer natural light. Each table has cutlery and napkin already laid out, a plant, menu, salt and pepper. There are a selection of newspapers available to read as well as the latest copy of Outline magazine. There is a full table service and I thought it seemed like a nice environment to dine in, it was difficult to gauge atmosphere though as the place was almost empty. Everything feels well thought out so everything is on the table or will arrive with the food. The fact we had been here twice and there were a lack of sausages on both occasions is quite concerning though making it a breakfast spot that could be difficult to rely on. 7/10

Service - Our waitress was excellent, we were greeted with a smile and offered to sit at any table we wanted. We placed our order and moments were informed there were no veggie sausages, my wife was offered extra's to make up for this though and when it arrived she was happy enough with what was on the plate. We were asked if we wanted any sauces and a bit later if everything was ok. 9/10

Presentation - A bit shabby in places with the eggs looking like they had been dropped onto the plate with some white broken off and one yolk face down in beans. The bacon was hiding the most visually pleasing items on the plate, the sausages. The toast would have been better served on a separete plate giving more space for the other items to be presented a bit better. I was quite impressed with the shot glass of smarties that arrived with the hot drinks though. 6/10

The food - The level of herbs and spices in the cumberland sausages were spot on and combined with the juicy but firm texture made it a memorable and enjoyable sausage. The well griddled bacon was fairly standard with some edges looking slightly burnt. The fried eggs had been beautifully cooked with a perfect yolk, just a shame that their journey to the plate wasn't a particularly smooth one! The large portobello mushroom was delicious and I was delighted to bite into some tomatoes that were packed full of flavour. The beans were ok and the toast was cut from a fairly decent loaf and served with real butter. Certainly an enjoyable breakfast and served piping hot too. 7/10

Value for money - The full breakfast cost £7 and a cappuccino £2.30. With the nice environment to eat in and good service it seemed like a fairly reasonable price to me. 6/10

Overall - An enjoyable breakfast and excellent service but crucial breakfast items not being in stock at weekends concerns me a bit as did the egg presentation. Pretty good for a chain but the fact that so many places on the recommended list are so close by and charging a similar price is worth bearing in mind. 7/10