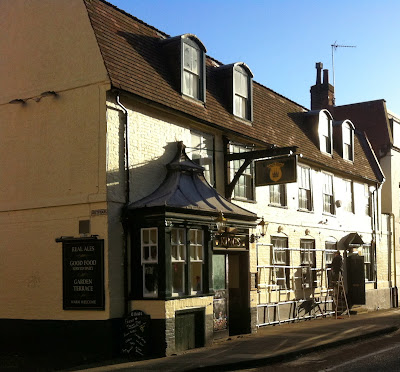 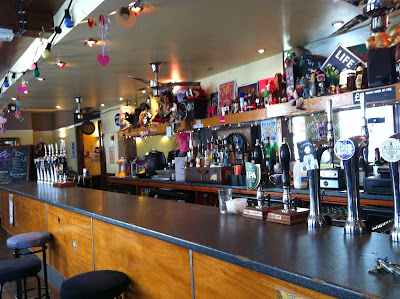 There was a long bar with plenty of standing space 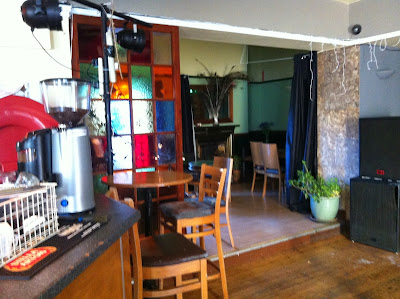 Towards the back I spotted some tables 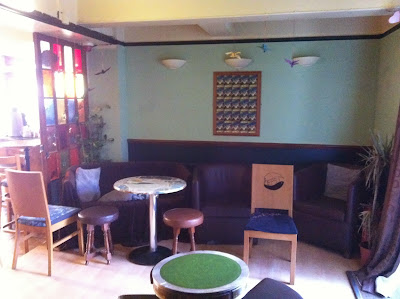 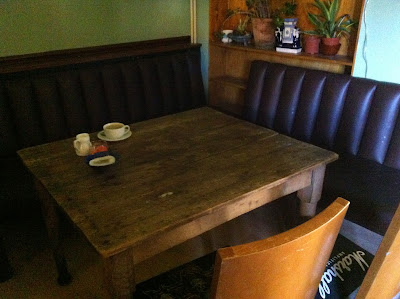 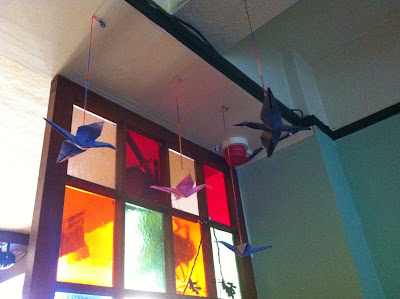 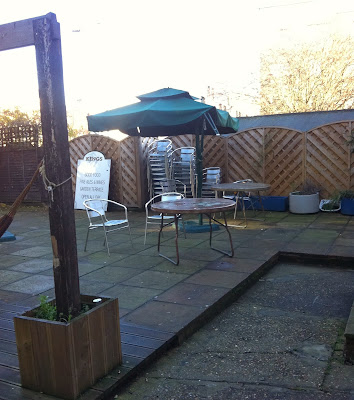 The garden is probably a good option in the hotter weather 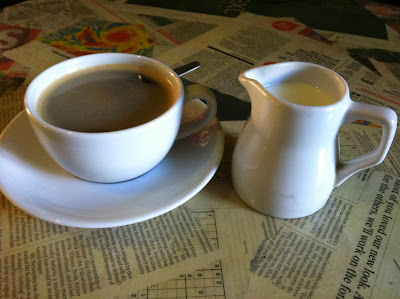 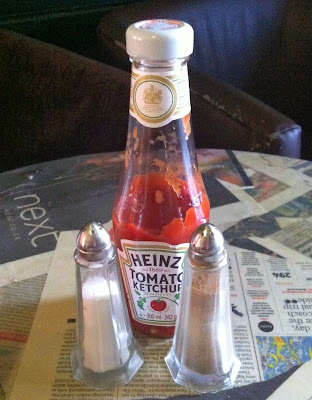 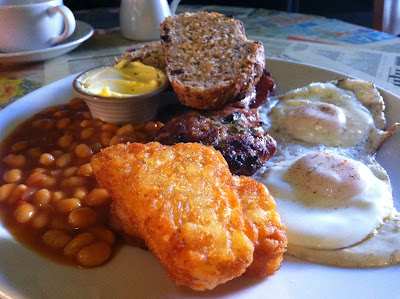 The breakfast looked great when it arrived! 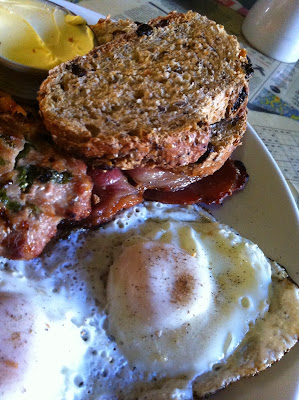 Upon closer inspection I spotted raisins in the toasted bread.. 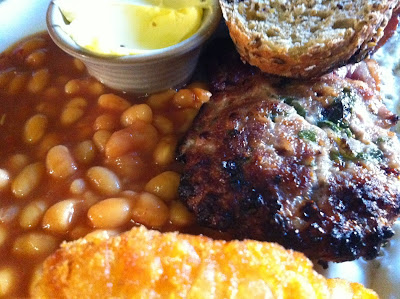 Then I spotted a homemade patty instead of sausages, it tasted great! 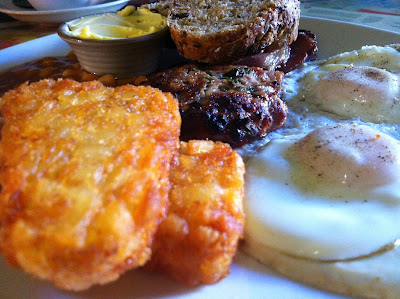 The hash browns were crispy and the eggs looked nicely cooked 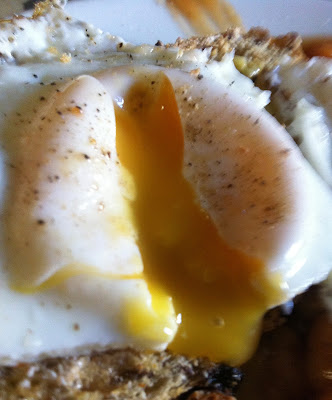 The lovely runny yolks poured onto the raisin below 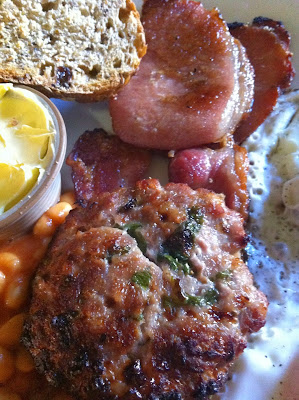 Three weeks had passed since my last fry up inspection, this was mainly down to me saving hard for our trip to Japan next year. The blog needed a new update though and I needed some breakfast so I decided to head to Kings on King's Street..

Upon entering - The door was open but nobody was inside this quite bare looking pub which at first glance appeared to have no tables. I thought about giving up as there seemed to be nobody about and I didn't fancy eating at the bar. Somebody did appear though at about the same time that I spotted a corner with some tables to sit at. There was no breakfast menu but I was informed a full English was available, I placed my order and paid before leaving. The interior looked quite tired and worn but I was informed that the pub had recently been taken over and was in the process of being refurbished. 4/10

Service - The chap behind the bar was really friendly, chatty and welcoming, he took my order offering me a choice of how I wanted my eggs cooked and later offered me a coffee refill. He ensured I had everything I wanted including ketchup and returned to check everything was ok. It's always so nice to encounter service this good and friendly which in turn makes you feel welcome and valued as a customer. 9/10

Presentation - The breakfast was nicely presented on the plate but as soon as I noticed the raisins in the bread I could think nothing else but why? 7/10

The food - The homemade sausage patty was juicy and delicious making a nice change from sausages, the bacon was equally delicious but quite tough in places as it was well cooked. The fried eggs were nicely cooked with intact runny yolks and the beans nice and hot. The hash browns were piping hot with a nice crisp outer edge as you would expect. I can only imagine the standard bread had run out and this is why I was served toasted fruit loaf. It may have been ok served on a separate plate and eaten before or after the cooked breakfast but having sat on top of the bacon with bean juice absorbed into the sides was just all a bit strange and not particularly a taste sensation I could recommend! 6/10

Value for money - On Kings facebook page the Full English was listed as being £8 however I was charged £8.95 and with no menu at hand I couldn't really question this. The food was nice, the service was excellent and coffee refills (included in the price) a nice touch. However with no menu to look at you never really know what the breakfast will or should include. 6/10

Overall - The great service and friendly staff at Kings was their strong point and the food tasted great too. A breakfast menu would make a great addition so you can see at a glance what the breakfast consists of. Some mushrooms and tomatoes would have been nice as would standard toasted bread. I am always happy to try something different but the toasted fruit loaf for me didn't work with a full English breakfast, the sausage patty made a nice change though. 6/10