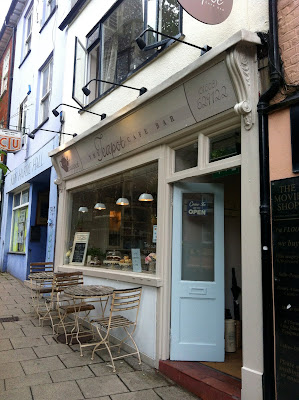 The Teapot Cafe is on St Gregory's Alley just off St Benedicts Street. 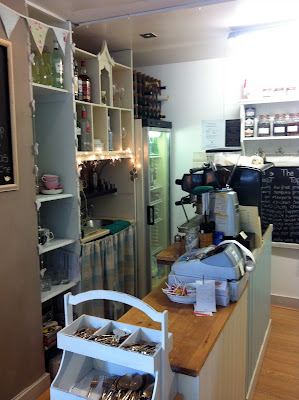 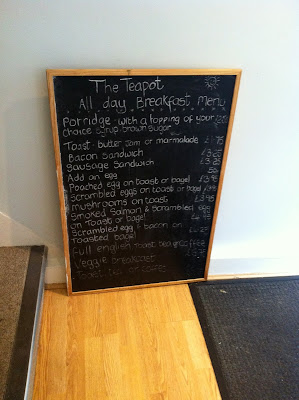 This was the only menu I could find and it doesn't really tell you what the full English consists of. 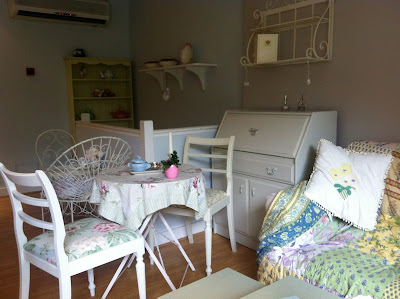 The upstairs dining room was a pleasent surprise. 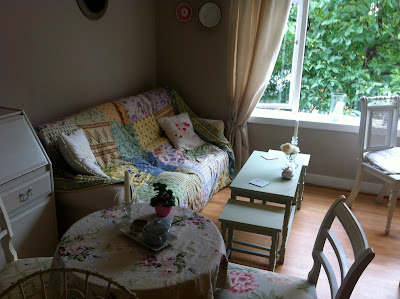 Drink coffee on the sofa if you prefer. 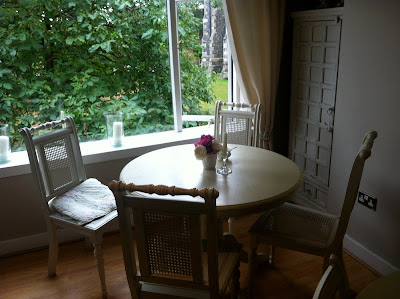 The table by the window seemed a good choice for my breakfast inspection. 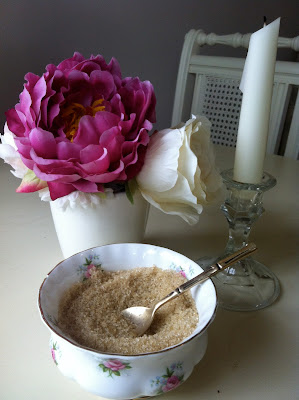 A sugar bowl, fresh flowers and a candle was a nice touch! 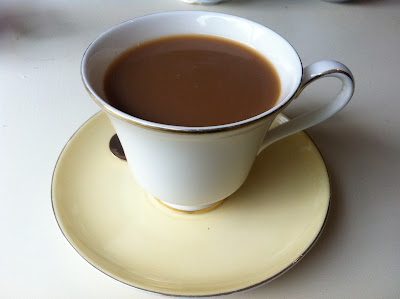 The filter coffee was included with the full English. 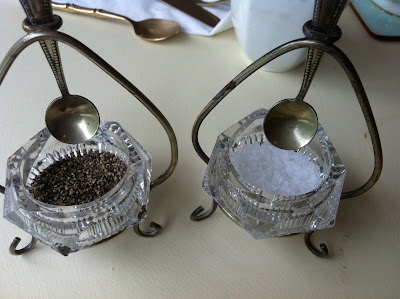 The salt and pepper looked great but un-ground salt on your breakfast is not ideal. 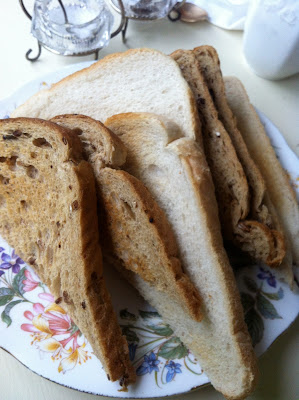 A choice of brown or white toast is also included with the full English. 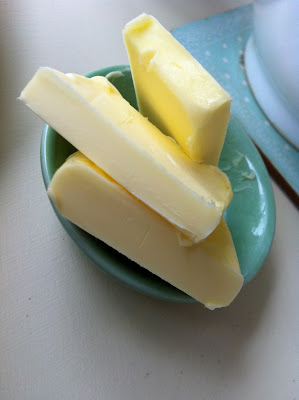 Real butter for the toast and more was offered if needed. 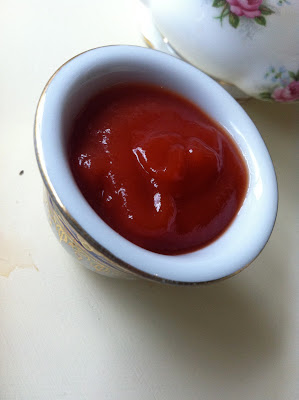 The ketchup wasn't going to go very far but thankfully a second pot arrived at the table. 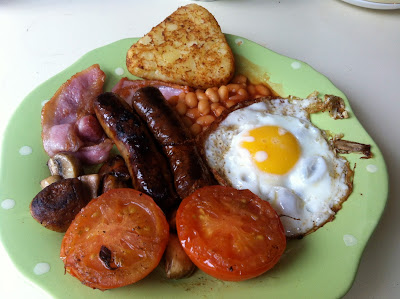 First impressions were good, a varied selection of items and an egg yolk that matched the plate! 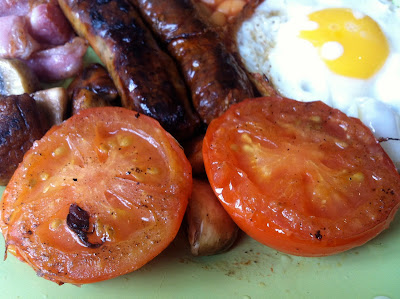 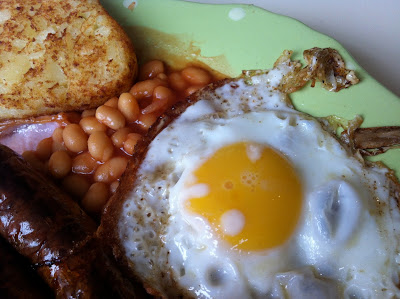 The egg was well done on the bottom but a bit underdone on top. 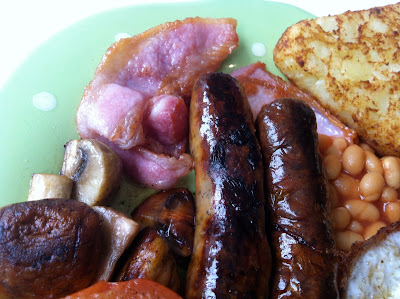 The mushrooms were excellent and the sausages quite nice. 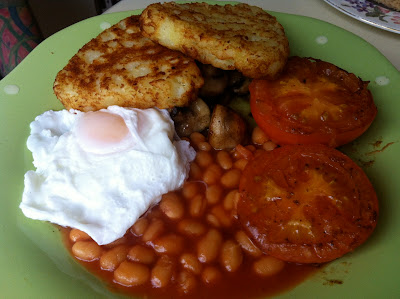 My wife chose the veggie breakfast, a veggie sausage would have made it much more complete though.

Just when I thought I had covered almost every cafe in Norwich I spotted The Teapot Cafe on St Gregory's Alley. I had spotted it just after eating lunch so decided to return the following week and try their all day full English breakfast...


Upon entering - My first thought was how small it was as I entered, with a choice of just 2 tables by the counter and 2 tables outside. I soon discovered though that there was further seating upstairs in the beautifully decorated dining room. The traditional furnishings and light colours used had created a welcome and peaceful environment with a great view of the church opposite. There were a selection of different sized tables to choose from, each with a fresh flower and candle sat proudly in the centre. If you wanted to get really comfortable you could sit on the sofa, probably not advisable if you were eating breakfast though. The sugar was served in a bowl and so was the salt and pepper, I did find the un-ground rocks of salt a bit too much though. As for the menu there appeared to be just one on a blackboard downstairs, it offered a good selection of breakfast options but gave no indication as to what items you could expect on the full English and veggie breakfast. We ordered at the counter and paid as we left but I am guessing that if you took a seat then a full waiting service is available. 6/10

Service - The staff were nice and friendly, first our order was taken and we were asked how we wanted our eggs, whether we wanted brown or white toast and tea or coffee. Once seated the drinks arrived in quaint cups and saucers followed by cutlery, toast and finally the cooked breakfasts, both served on nice hot plates. We were asked if we required more butter for the toast or any marmalade, when the small pot of ketchup arrived we asked for more and another pot was brought straight over for us.  We felt well looked after and were made really welcome. 9/10

Presentation - The breakfast was nicely laid out on the plate although the egg was looking a bit overcooked on the bottom.  The toast & butter, condiments and drinks all arrived looking very smart indeed! 7/10

The food - The sausages were nice enough but I remember enjoying the bacon much more. The fried egg tasted ok but was overcooked underneath and undercooked slightly on top. The hash brown was good and the mushrooms were delicious, the beans were nice and thick and the tomatoes tasted incredible. The toast could have done with a little longer in the toaster but once buttered went nicely with that great slice of bacon. Everything was served nice and hot which was helped by the fact the plates had been warmed first. 7/10

Value for money - £6.75 for a full English breakfast, toast and a hot drink enjoyed in a nice relaxing environment seemed like a fair price to me. 7/10

Overall - An enjoyable breakfast in a nice environment can be found at The Teapot Cafe. Menus on each table and a description of the full English would have been nice to see as would an improved veggie option but considering they have just opened they seem to be doing a great job so far.  7/10
Posted by Fry Up Inspector at 16:38