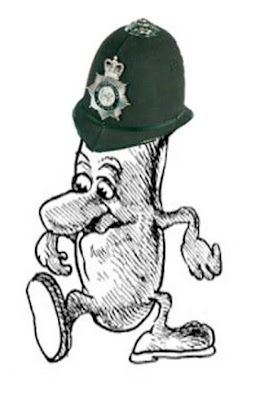 Once a year the Lord Mayor invites all his mates down to process through the fine city of Norwich.  It’s rather colourful affair and part of the entertainment is an International Food Fair on Gentlemans Walk.  I headed down with a mate to savour the flavour. We started off by walking around all the stalls before making a selection. 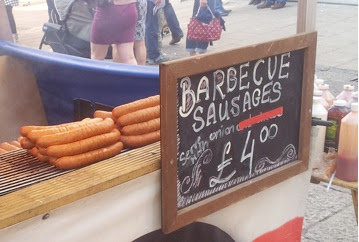 These polish sausages looked rather good! And the smells were making my mouth water 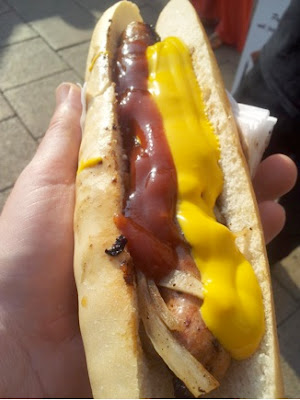 We ended up going for these Garlic & Chilli foot longs from a nearby stall. I may have been a bit enthusiastic with the plentiful sauces, but they went really well with the bread. The sausage was bursting with flavour and was really meaty, cooked just right for £4 . Maybe it was because I had built up an appetite, but this was truly great 10/10 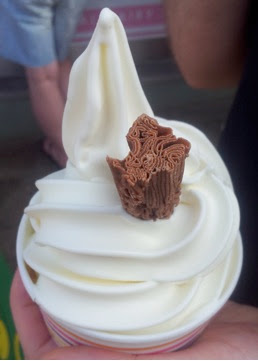 My companion fancied an ice-cream after that so he got one off the side of the market and he said it was very good.  Well he does like a bit of whippy, with a flake of course. 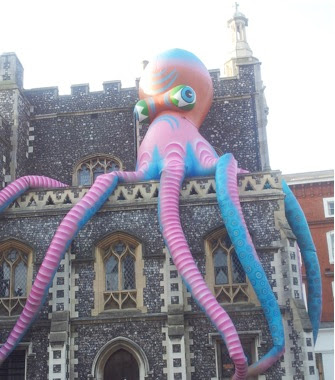 This guy looked like he was having a good time!! 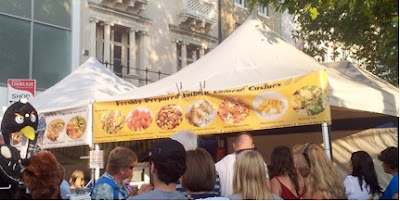 Then we spotted some rather nice looking chinese food. 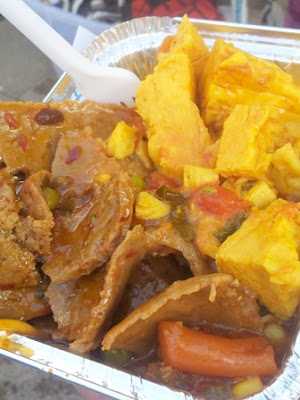 This mixed tray cost £5. A base of noodles with two toppings of your choice, Sadly the sweet chilli chicken ran out just before we got to the counter so I chose chicken curry and what I thought was rendang beef, but it turned out to be lamb doner in a spicy sauce. The chicken was incredibly succulent and the whole thing combined to make a really tasty dish 9/10 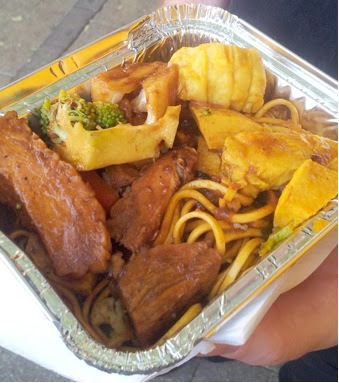 My friend had a combo of chicken curry and chicken in black bean sauce. He agreed that the chicken was really good and enjoyed it loads.

We decided to head up to Chapelfield to check out the beer tent, but thought we would take some supplies. 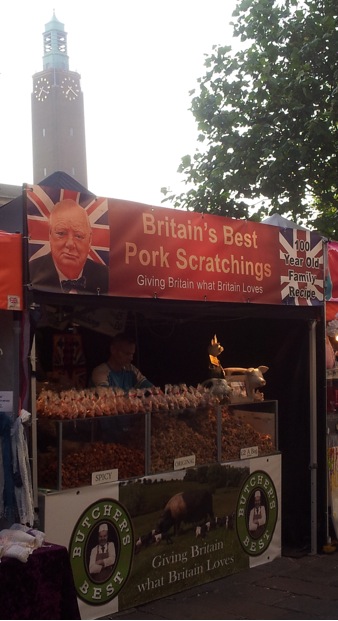 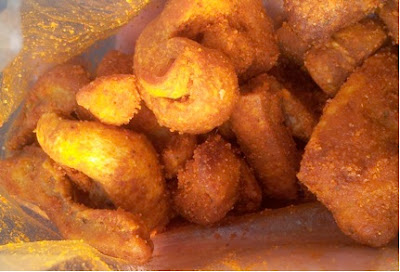 These bad boys were SO spicy, but weirdly addictive, and good quality. £2 a bag 8/10 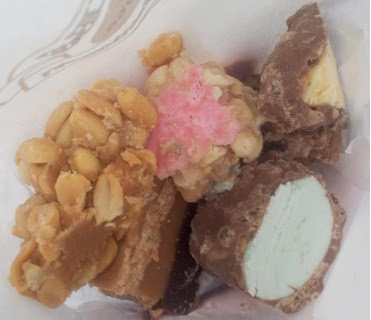 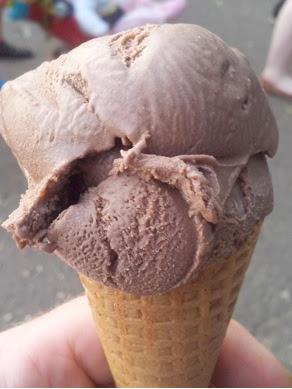 We had a few pints to help with the overpowering nature of the spicty pork scratchings, but I settled on a Ronaldos chocolate cone for £2 to settle things down. Ronaldos ice-cream is a real treat and tasted great 9/10 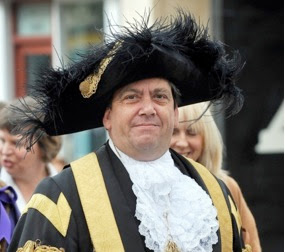 Big thanks to the Lord Mayor Keith Driver for throwing the party.  Okay the food wasn't cheap, especially with all the beer we drank, but we had a great time with the free entertainment and the food was excellent quality so well worth it.
Just another year till the next one :)
Posted by Fry Up Inspector at 14:22