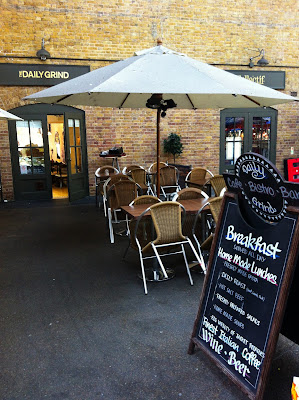 The Daily Grind has seating outside in Spitalfields Market. 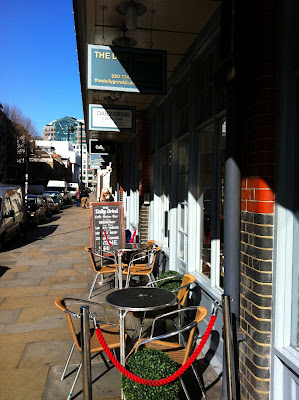 Another entrance can be found on Brushfield Street. 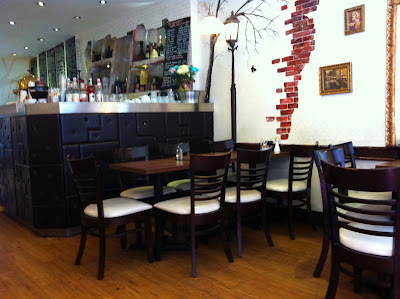 Inside is modern and light with a counter running along one side. 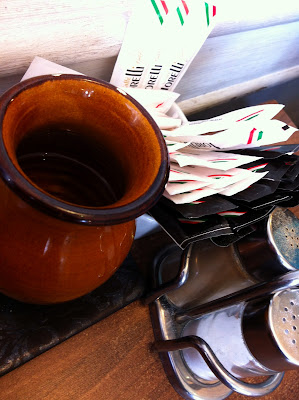 I was not sure what the pot of water was for? 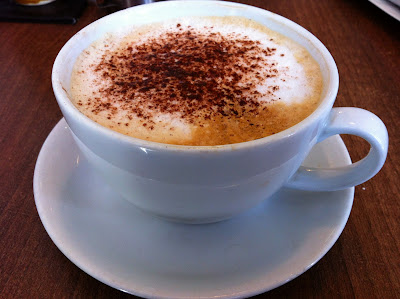 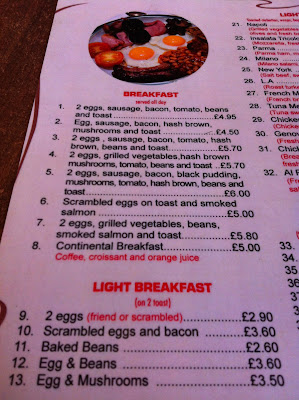 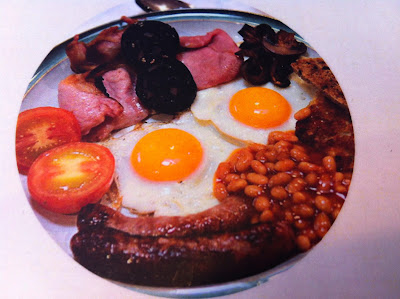 I was keen to see how this photo on the menu compared to the real thing. 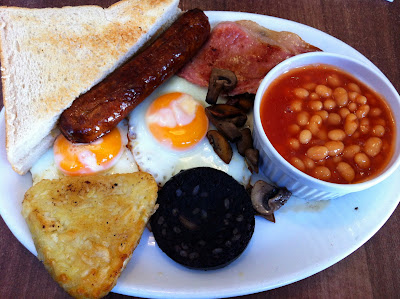 Hmm.. Fairly similar but where were the tomatoes I was promised on the menu? 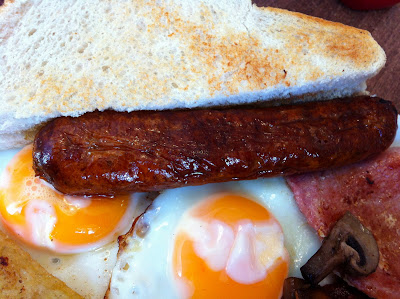 The jumbo sausage will haunt me for many weeks to come as will the toast that tasted of bananas! 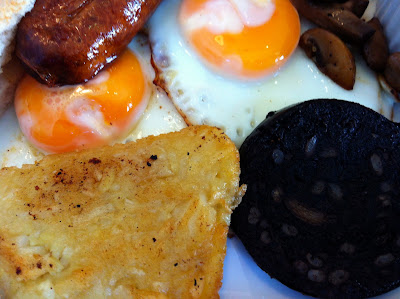 The eggs were not too bad but the hash brown had no crunch whatsoever. 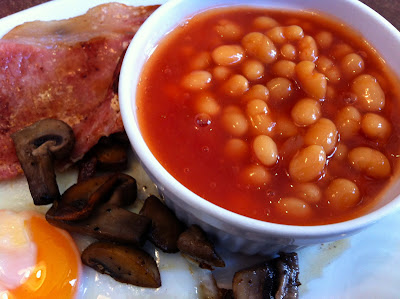 The beans were luke warm which is not what you expect when served in a pot. 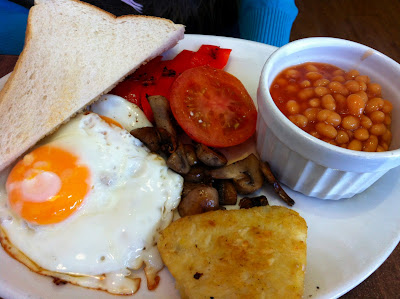 The veggie breakfast came with red peppers that were a little odd on a breakfast but very delicious. I also noticed the tomatoes had been remembered on this breakfast too.


The last month had flown by and I found myself stepping on to Liverpool Street Station once again for another day in Spitalfields market. The cafe I had hoped to visit last time round wasn't open for another 40 minutes so in a hungry moment we decided to try The Daily Grind instead. Interestingly it was listed online as being closed on Saturday's but appeared open so we headed inside.

Upon entering - We entered from Spitalfields Market passing some outside seating on the way in, there is also another entrance on Smithfield Street with further seating outside in the sunshine. There is a large counter along one side and a fair number of tables to choose from. It has a modern, well lit contemporary interior and each table has salt, pepper, sugar and a small pot of water (not sure what this was for) There was a large menu above the counter and menus were available upon request, as was ketchup. The ordering process was a complete mystery and we were in quite a hurry so after waiting for 10 minutes at the table in an almost empty cafe I ended up waiting at the counter till somebody finally took my order, I then paid for it and everything eventually was bought over when it was ready. This looked like the type of place with waitress service but I have a feeling maybe it's not but there is nothing inside telling you how to order so a bit frustrating really! 4/10

Service - When I first popped my head in to ask if they were open I was told yes by a quite stressed looking person behind the counter making me feel a bit like having a customer arrive was an inconvenience. When I finally headed to the counter after giving up on table service I waited a few more minutes till my order was finally taken, customer service didn't seem very high up on the list of priorities in this place. Things did improve slightly when the coffee arrived bought over by a different person who almost cracked a smile. The food arrived shortly after that and we were told "sorry I am in a hurry" by the waitress who went to walk away but we insisted on some ketchup which she then bought over. Not the most welcoming of places really and efficient service with a smile was not to be found here. 3/10

Contents - I chose the largest breakfast: No 5
1 jumbo sausage, 1 slice of bacon, 1 slice of black pudding, 2 fried eggs, 1 hash brown, mushrooms, beans and 1 slice of buttered toast (tomatoes were listed on the menu but didn't show up on the plate) 5/10

Presentation - Everything was placed on the plate reasonably but the cheapness of the sausage was immediately apparent making me think "tourist breakfast." 5/10

The food - The first thing to mention is how nothing seemed particularly hot, the beans were barely warm which seemed odd considering they were served in a separate pot. The bacon was quite nice but the sausage I didn't enjoy, cheap quality with a quite chewy texture. The fried eggs were quite good and I popped them on top of the toast as I always do. When I took a mouthful of the eggs on toast I got the strangest and most unexpected taste, bananas! I am not sure why the standard white sliced buttered toast tasted of bananas but it did, I tasted my wifes toast and hers seemed to taste normal so bit of a mystery really! The tiny portion of mushrooms were ok, the black pudding standard and the hash brown very soft with no crunch. I finished everything as I always do for research purposes but can't say I particularly enjoyed it. 4/10

Value for money - £6 for a cooked breakfast in London seems quite cheap but the quality of the ingredients is too. This may well leave you feeling like you wish you had spent your money more wisely somewhere else. 4/10

Veggie option - Yes, red peppers instead of meat! Rather nice though!

Overall - It was somewhere to get breakfast when everywhere else was closed but not somewhere I would ever return to. This is down to a confusing ordering process, unfriendly staff and an unenjoyable breakfast served warm with an item missing. Plenty of room for improvement here but being a tourist hot spot will most likely ensure they stay busy enough anyway...  4/10
Posted by Fry Up Inspector at 18:27