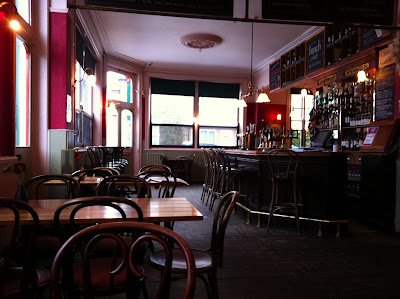 The Unthank Arms has a spacious, traditional victorian interior with plenty of space and a large garden to the rear. 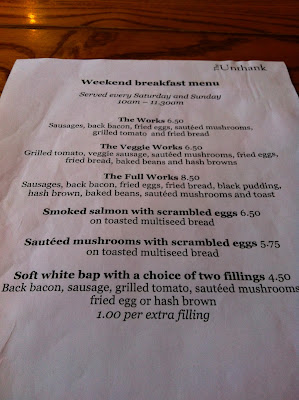 The breakfast menu is only available at weekends. 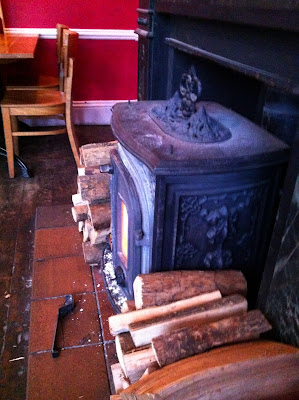 The heat from the wood burner was lovely as it was freezing cold outside. 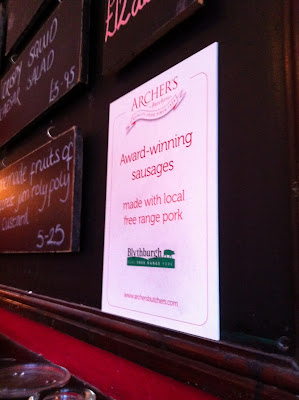 I was looking forward to trying the sausages! 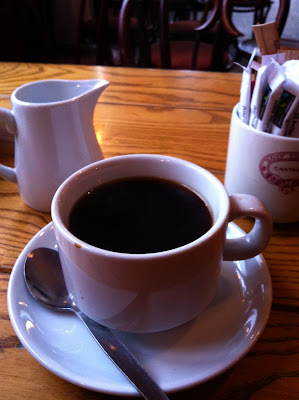 I had a coffee whilst waiting for the food to arrive. 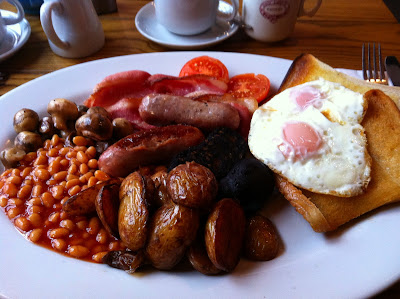 The full works breakfast was huge and looked amazing. 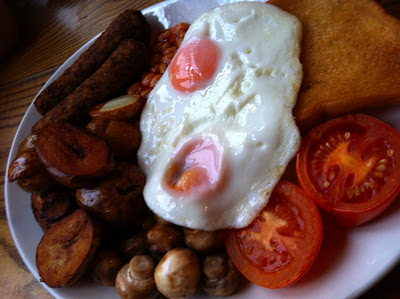 This is the veggie works breakfast which costs £6.50. 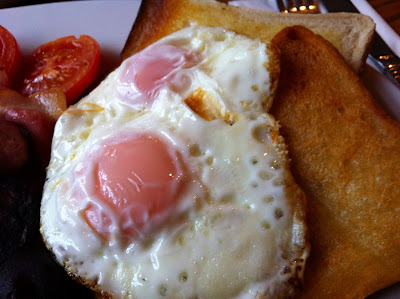 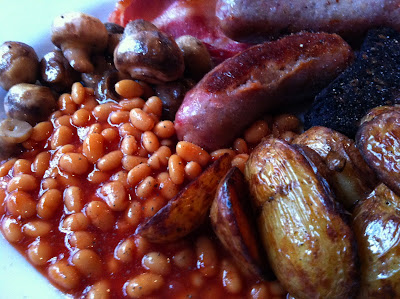 Unfortunately the mushrooms were cold and undercooked. 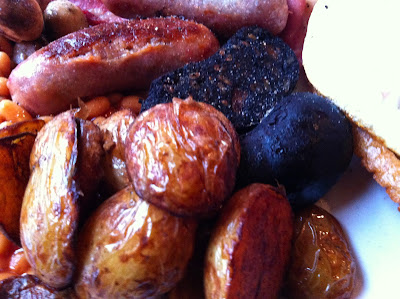 The potatoes were served instead of hash browns and were a bit on the hard side. 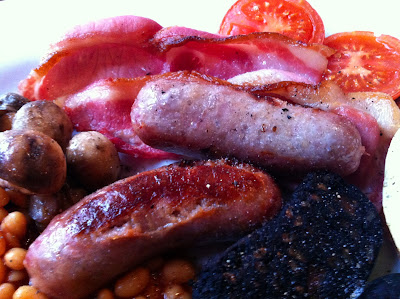 The sausages were excellent and supplied from a local butcher.

I had been meaning to visit The Unthank Arms for a very long time as I had heard good things about their breakfast. I was reminded again a couple of weeks ago about it and decided to set a date to finally visit. Outside there was still lots of snow on the ground and it was freezing cold, we parked up in the car park behind the pub and headed inside..

Upon entering - It is a large and very traditional Victorian pub with plenty of tables to sit at and a large bar in the centre. Lots of natural light floods in through the many windows and it was nice and warm with the wood burner lit, a very nice environment to spend some time in. Order drinks at the bar, mention breakfast and a menu will be bought to your table. After your food order is placed cutlery, sauces and the food will be bought over to your table. 8/10

Service - The staff seemed friendly taking our order and returning to explain that there was no hash browns but fried potatoes could be offered instead. Everything arrived in good time, although we were the only people in the pub. We were asked if everything was ok at the end and the undercooked mushrooms and potaoes were mentioned resulting in the drinks being given free which was nice of them. 8/10

Presentation - The large oval plate arrived and everything on the plate looked excellent and nicely laid out. 9/10

The food - The sausages were the best part of the breakfast, thick and meaty with a delicious texture and flavour, the bacon was also very tasty and cooked very nicely. 2 perfect fried eggs with a crisp frilly edge sat on top of a golden slice of excellent fried bread. The tomatoes, beans and slice of buttered toast were nice enough but the mushrooms, black pudding and potatoes were a disappointment.. The first thing I tasted was a mushroom which was cold and barely cooked. The potatoes were cooked but still quite solid in the middle with hardly any crispiness on the outside. The black pudding looked to be good quality and one half tasted great but the other half tasted a bit odd with an earthy taste which i did not enjoy. 5/10

Value for money - The Full Works breakfast cost £8.50 and according to the website comes with free coffee refills. However there is no mention of the refills in the pub and had our drinks not been deducted from the bill I think we may well have been charged for them. The breakfast was very big but wasn't hugely enjoyable so not the best £8.50 I have ever spent. 5/10

Veggie option -  Yes, the veggie works costs £6.50 and shown in the photo above.

Overall - The pub itself is beautiful and the staff seem friendly enough. I must admit that I felt sure the breakfast here was going to be amazing but sadly this was not the case. It did have some great moments, especially the sausages, bacon, fried eggs and fried bread. But the undercooked mushrooms and potatoes were quite a disappointment, especially when you are spending £8.50 and Norwich has so many other places serving stunning breakfasts for much less money. 7/10