Breakfast served until 11am 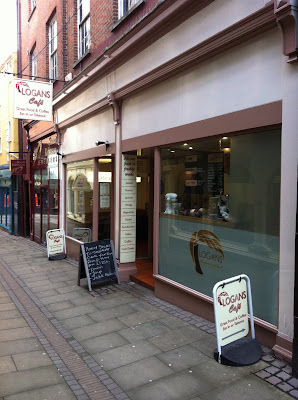 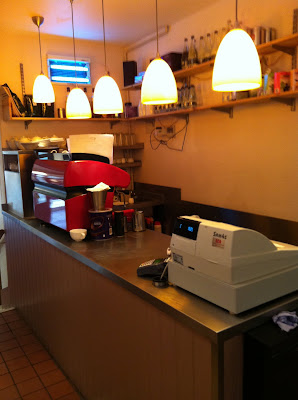 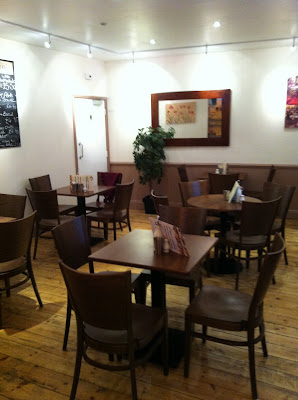 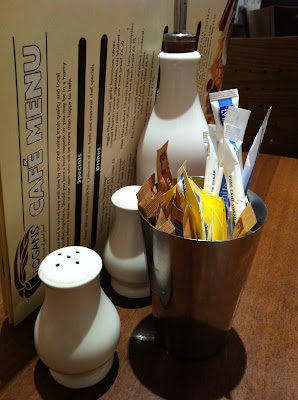 Everything you need on every table apart from sauces, these are bought over in tiny clear boats. 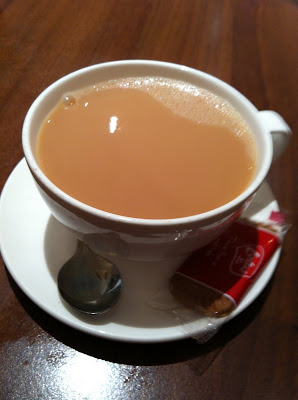 The pot of tea came with the breakfast and the biscuit kept me going till the food arrived. 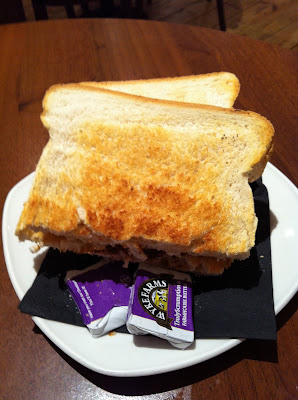 Plenty of chunky white toast with real butter comes with the breakfast. 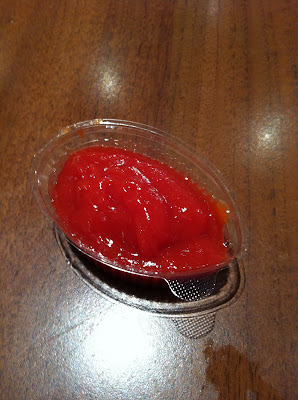 The ketchup boat sailed across the table and docked beside the plate, fry up ahoy! 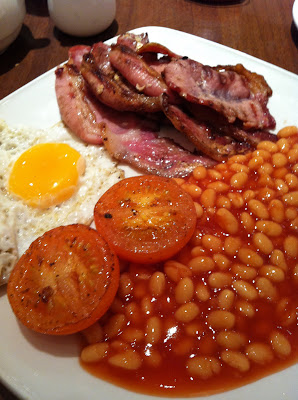 The food was good but the "no sausage" situation was quite a blow...

I was off to VW Whitenoise for the weekend so decided to eat a fry up before leaving, somebody on my Facebook page had suggested Logan's telling me it was a favourite of theirs. It had been on my mind for a while so I decided to head into the city to try it out...

Upon entering - There is a sandwich counter straight ahead as you enter the shop and having tried the sandwiches many times over the years I can tell you they are well nice so be sure to pop in and try one. To the left of the sandwich counter is the steps leading up to the cafe, when I entered there was nobody about about at all so a great opportunity to get a couple of photos. The seating area is not that big but as nobody else was there it was not a problem, it was well lit, clean and a great place to sit and eat in. There are menu's on the tables but these did not mention breakfast which left me a tad confused, I was eventually given a breakfast menu once the member of staff finally appeared. I ordered and paid at the counter and the rest was bought over to me at the table. 7/10

Service - There was no staff about when I first entered but for me it was a great photo opportunity so not a problem. The lady taking my order was friendly and efficient, though when she told me "we have no sausages as we are still waiting for the delivery" my first thought was to leave it and come back another day. I soon realised though that leaving and coming back when the sausages were in was not what my blog is about, taking things as I find them is where it's at so the inspection continued. I ordered the full english breakfast and was told I could have something extra to replace the sausage so I choose extra bacon. I sat down in the corner with a great view of everything going on, I was in inspection heaven but sausage hell. First a decent pot of tea arrived with a delicious biscuit, then the toast and finally the cooked breakfast. The chap who bought the food over asked if I wanted any sauces and bought it over in a quite odd looking clear plastic boat shaped container, it was quite a generous ketchup portion which is always welcomed. 7/10

Contents - 4 slices of bacon, 1 fried egg, a grilled tomato, baked beans, 2 slices of toast and butter and a pot of tea with a small biscuit. 6/10

Presentation - Everything was presented nicely, particularly the toast and tea. 7/10

The food - A nice stack of tasty bacon and a fairly good fried egg accompanied a very generous portion of baked beans and a nicely cooked, full of flavour tomato. The toast and butter was really good, hot thick slices that the butter melted into nicely. 7/10

Value for money - I thought that considering you get a good serving of toast & butter and a pot of tea with the cooked breakfast that £4.95 was a bargain. 8/10

Overall - A full english breakfast without a sausage initially concerned me a lot but I did manage to focus on what I was served anyway. Logan's is clean, the staff are friendly and efficient and the food was good. Fans of mushrooms, may well despair but for the money you can't go too far wrong, many places are charging £4.95 for just the cooked breakfast so getting the toast and tea included is a real bonus. I have revisited a few places now and Logan's is somewhere I will be sure to visit, I just hope they have sausages next time as it would most likely increase my overall score of 7/10 by at least 1 more point.

On my previous visit there were no sausages available but I went ahead and tried the full english with extra bacon instead. It had always been on my mind to return though to see how great the missing sausage really was... 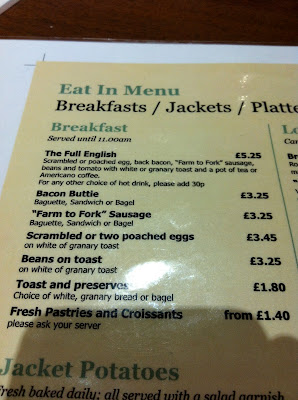 Poached eggs were an option that were not actually available we were told as they had no way of cooking them so looks like the menu needs amending. 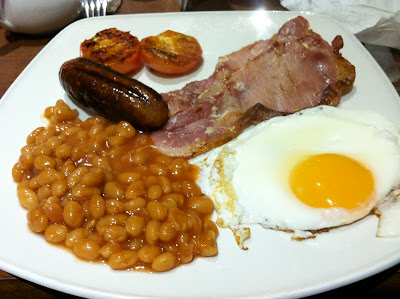 At first glance things were looking ok but upon closer inspection things were not looking so good. 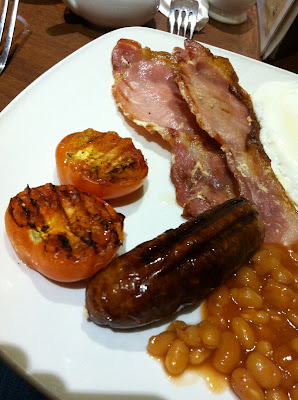 The sausage I had returned to sample was overcooked and frankly not very special at all. 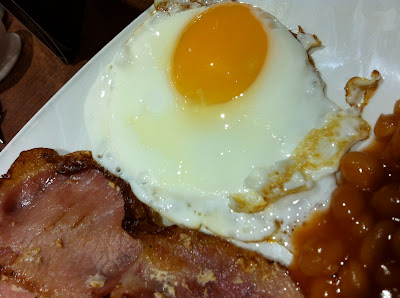 The fried egg was looking very runny on top. 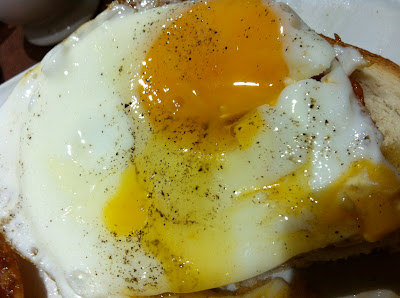 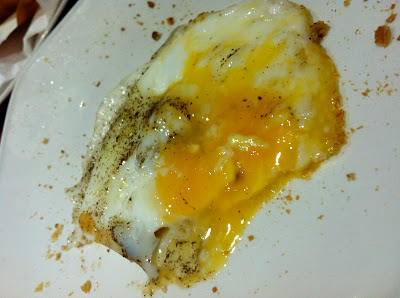 It was the kind of egg that was best left!


I was hoping that revisiting would improve the score but things did not improve second time around. Another reader of the blog was also in Logans at the same time as us and he ordered scrambled eggs but got a fried egg. The fried eggs were seriously undercooked and not enjoyable to eat at all. I did think about mentioning this at the end but when asked "was everything ok" the person then turned their back on me to go into the till so I didn't bother. On the subject of eggs why put poached eggs on the menu when they are not available? The sausage was way overcooked and any special quality it may have had was lost because of this. The price is still fantastic as you get toast and a hot drink included for £5.25 but sadly the breakfast was far from being delicious. My advice would be less heat on the sausage, more heat on the egg, remove the poached egg option and add a veggie option. 5/10