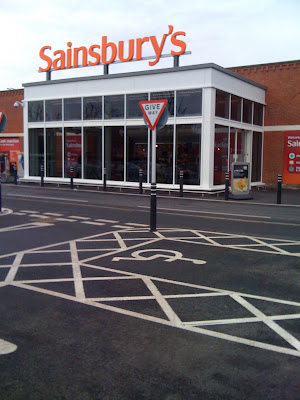 The store had just undergone a massive refurbishment when I visited. 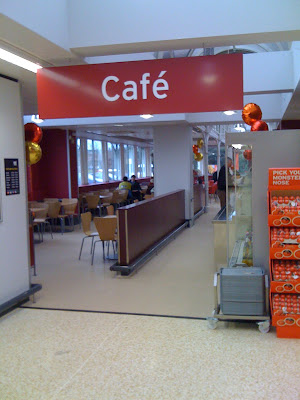 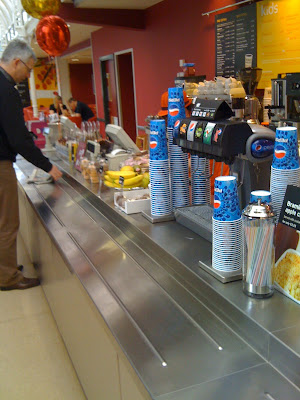 Place your order and pay here. 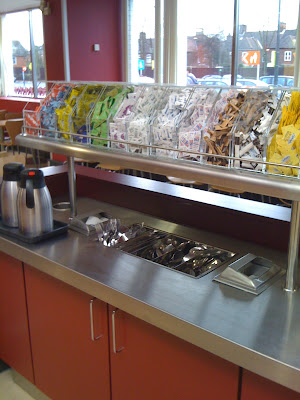 Remember to grab cutlery and condiments from here. 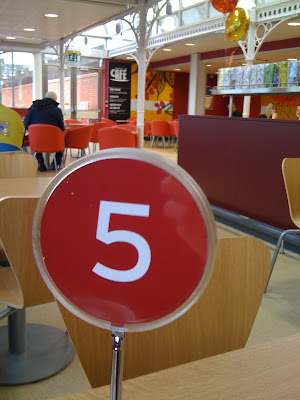 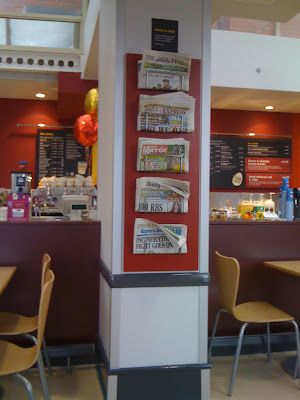 You may need a paper as you could be in for a long wait. 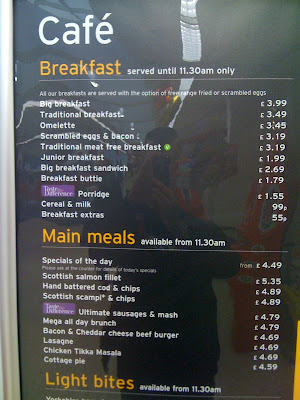 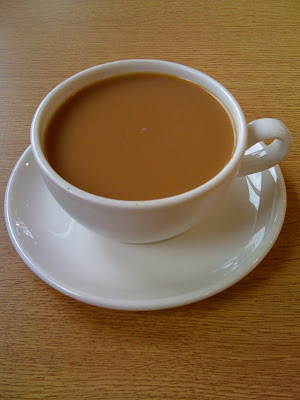 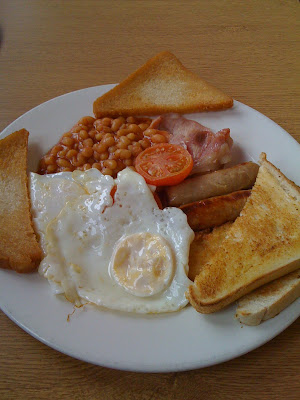 It had potential but the frankly shocking eggs and delayed black pudding were a real shame. 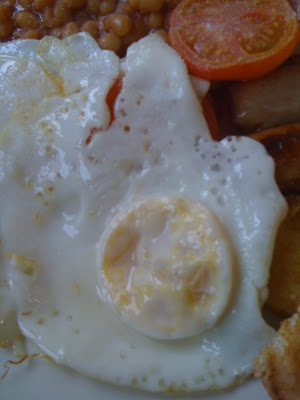 How not to serve a fried egg. 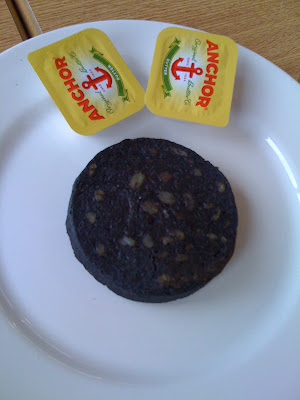 The black pudding arrived about 5 minutes after everything else, were they expecting me to butter it though??

I have been struggling recently with new places in Norwich to try so I decided to see how the supermarket cafes were doing, having already visited Tesco's I made my way to Sainsbury's...

Upon entering - Everything was newly refurbished and the main cafe area was really big with masses of tables and chairs. There were newspapers available for customers to read which was a good idea as you may be waiting sometime for your food to arrive. The menu was on the wall behind the counter so you decide what you want, pay at the counter, find a table and pop your order number on it. You will need to collect cutlery and condiments yourself. 7/10

Service - The person serving me seemed very friendly but from paying for the food to receiving it took 25 minutes. I had to get to work so was getting a bit concerned as to why it was taking so long especially as the place was almost empty. When it finally did arrive I was told the black pudding had fallen on the floor so I would be getting some more as soon as it was ready. The person cooking the breakfast was not doing a good job at all, the state of the fried eggs made that very clear! 4/10

Presentation - It was probably looking ok till they chucked those appalling fried eggs on top. Im still not sure why the black pudding was served with butter! 5/10

The food - The sausages were really nice and full of flavour as was the bacon, standard but nicely cooked black pudding, juicy tomatoes and nice baked beans. The fried bread was cooked really nicely and the toast was hot when it arrived. The fried eggs were overcooked and looked awful, I was amazed they had decided to serve them. 6/10

Value for money - A big breakfast with a standard coffee and 2 extras - fried bread and black pudding cost £5.98. 7/10

Overall - This is a place I want to return to as they are so close to getting it right. Good quality ingredients at a good price make for a winning combination but waiting 25 minutes for a plate of food with items missing as they had fallen on the floor is not so good. It always amazes me that people who clearly can't fry a half decent egg manage get a job in a cafe, perhaps frying an egg should be part of the interview process? Most off the things on my plate did taste great and if the eggs were too and the black pudding wasn't late then I would be scoring an overall score of 8 but on this occasion... 6/10

According to the stats on the blog more people have looked at my Sainsbury's write up than any other, twice as many as the next highest viewed post infact. This made me curious and I decided it was time to return again after 18 months to see if things had changed, hopefully for the better! 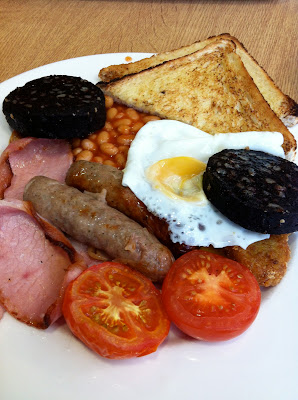 One problem last time was the long wait (25 minutes) for the food to arrive in an almost empty cafe. This is something that had changed this time, I was served at 10.24 and before I had the chance to sip my coffee the food arrived at 10.26! Nice and quick but clearly not cooked to order as although at first glance it looks ok, everything was barely warm still.. 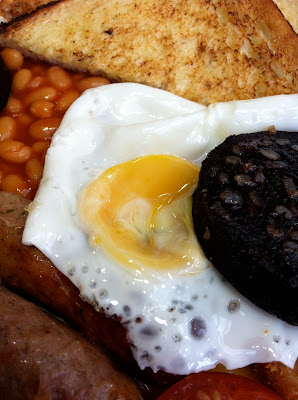 The toast was soggy and soaked in butter, the fried egg was slightly better this time round but probably should have been binned 10 minutes beforehand. The hash brown was warm and soggy and the tomatoes had gone cold. The black pudding (2 slices this time) were along with the beans the only thing on the plate that were actually hot. 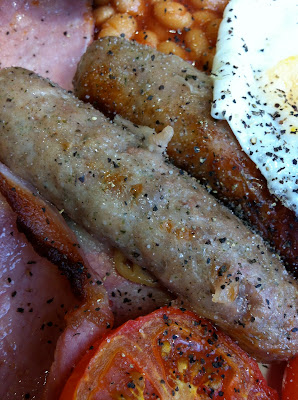 The sausages were lacking colour and along with the bacon were barely warm. For research purposes I ate everything but can't say I really enjoyed it, surely they can do better than this? On the plus side the service was pretty good and £3.99 was a reasonable price (+ 69p for black pudding) but when it arrives in this state you may as well just not bother and go eat somewhere else instead where the food is hot. I won't be returning again, that's for sure!