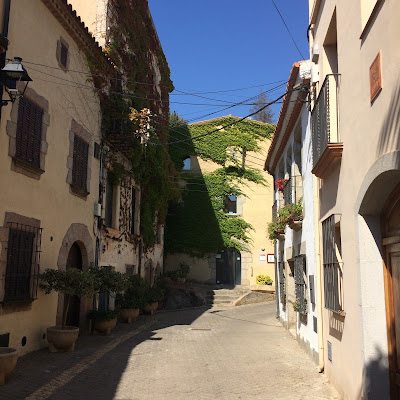 I woke up feeling slightly better today which was a huge relief, I was dreading having to waste precious time being ill in bed. We decided to catch the train that runs along the coast and explore Caldes d'Estrac and Mataro. We took a look around Caldes d"Estrac first, a really quiet town with picturesque streets and a lovely church. Behind the town we discovered a derelict walkway with excellent views out to sea. 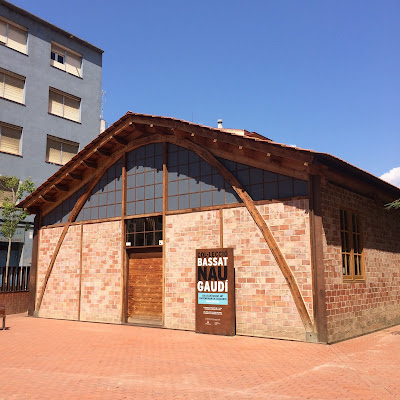 We jumped on the train and travelled 9km along the coast to Mataro, the largest town in the Costa del Maresme. The Nau Gaudi building can be found in Mataro, it's considered the starting point of Antoni Gaudi's creative process. It was closed so we couldn't go inside but we did discover that since 2010 it's been the home of Mataro Contemporary Art Museum Consortium, forming the exhibition space of the Bassat Collection. 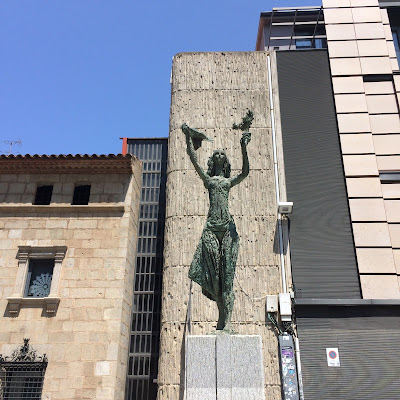 Although up and about again I still wasn't felling my usual self, I'd taken hardly any photos and had very little appetite. I'd not even taken a photo of my lunch which was very unlike me, it was a just a ham and cheese bikini sandwich from what I can remember. This statue was nice but what really caught my eye in this photo was the raw concrete textured wall behind it. 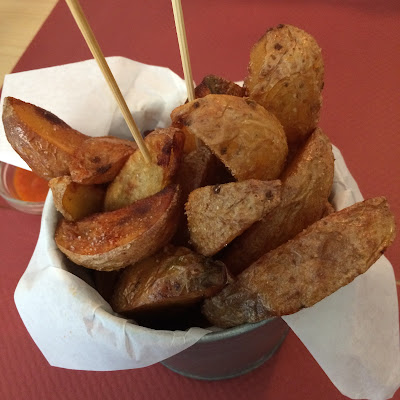 Back in Calella we bought some cans of beer and went along to Santi's Beach Bar for the battle of the bands competition. It was a bit of a struggle but we spent a couple of hours there and caught up with some friends. We'd hoped to return back to the main festival this evening but I still wasn't feeling too good and my mind was now focused on feeling better for Barcelona tomorrow. A friend at the beach bar had recommended a burger restaurant in Calella called Surf and Turf so we decided to go there this evening. Their thick hand cut potato wedges with a spicy dip were superb. 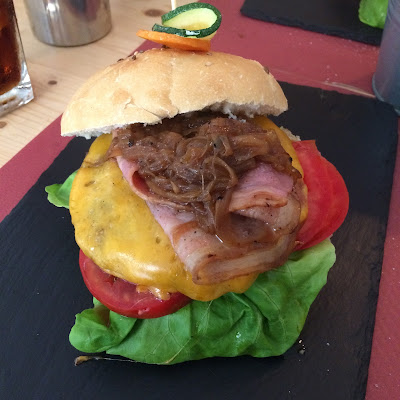 We were here for the burgers though! The burgers were homemade and the toppings were impressive. I chose the cheese burger with bacon, salad and caramelised onions. Usually I'd have squashed it together and eaten it in no time, with very little appetite though I managed just the meat and onions. A damn good burger for sure but had I had more an appetite I'd have enjoyed it far more than I did. 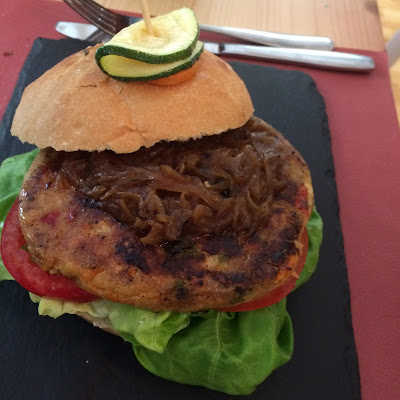 The homemade veggie burger my wife ordered was excellent too. Our time in Calella was drawing to an end so we strolled along the beach for the last time. I hadn't experienced much of the festival due to being ill which was a great shame. 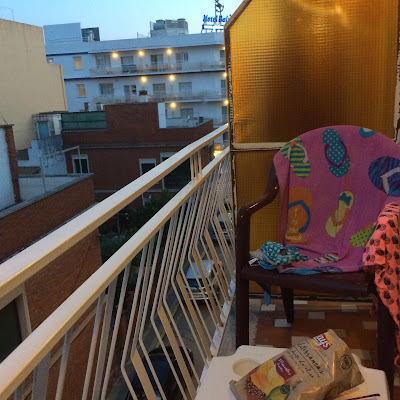 As I sat on the balcony for the last time my thoughts were now on Barcelona where we would be visiting tomorrow.

Click here for
Day 6 - Barcelona
Posted by Fry Up Inspector at 16:42