Opening hours
Monday to Saturday
8am till 4pm

Sunday
9am till 3pm 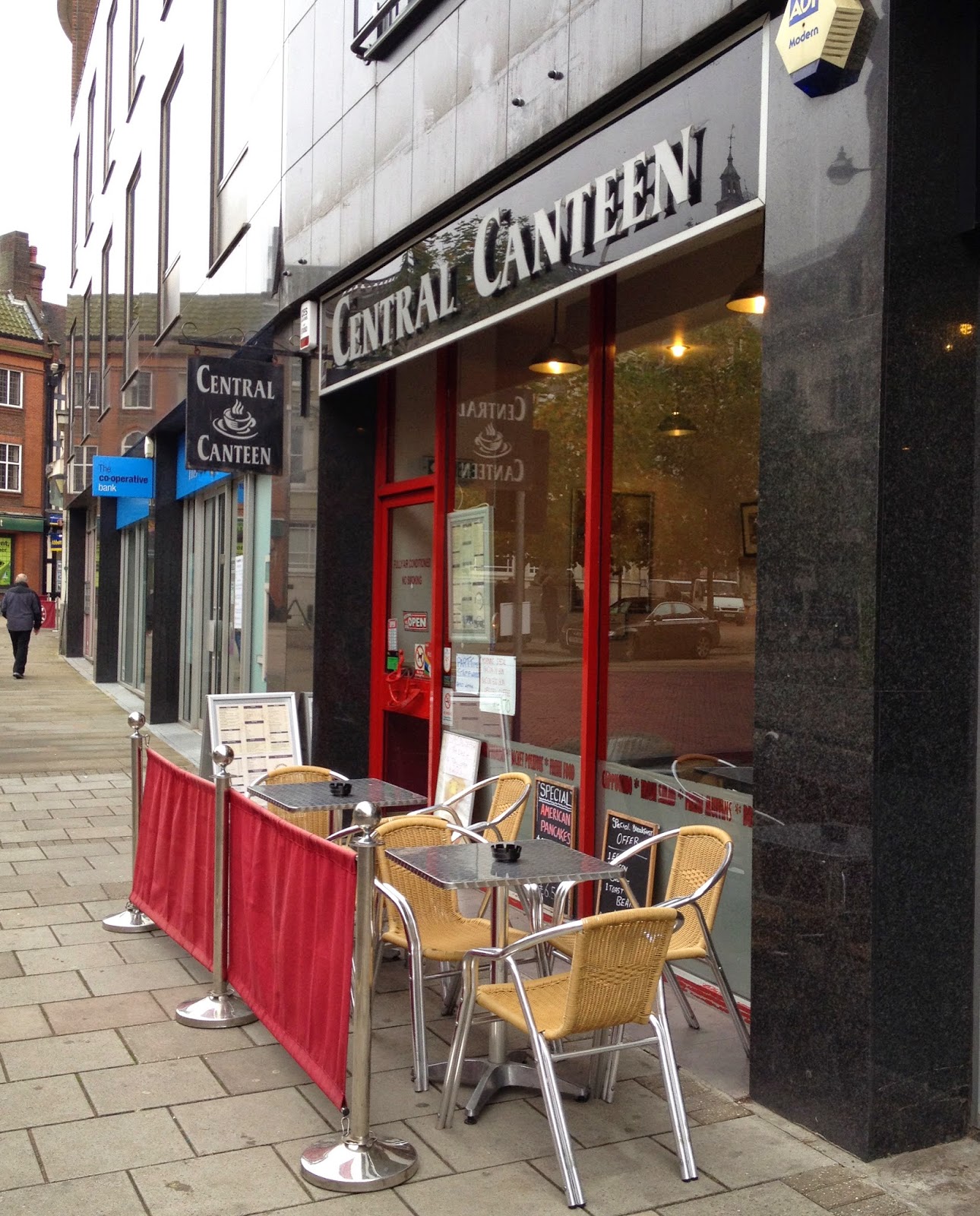 Keen to eat at an independent cafe I decided to try Central Canteen in Ipswich. 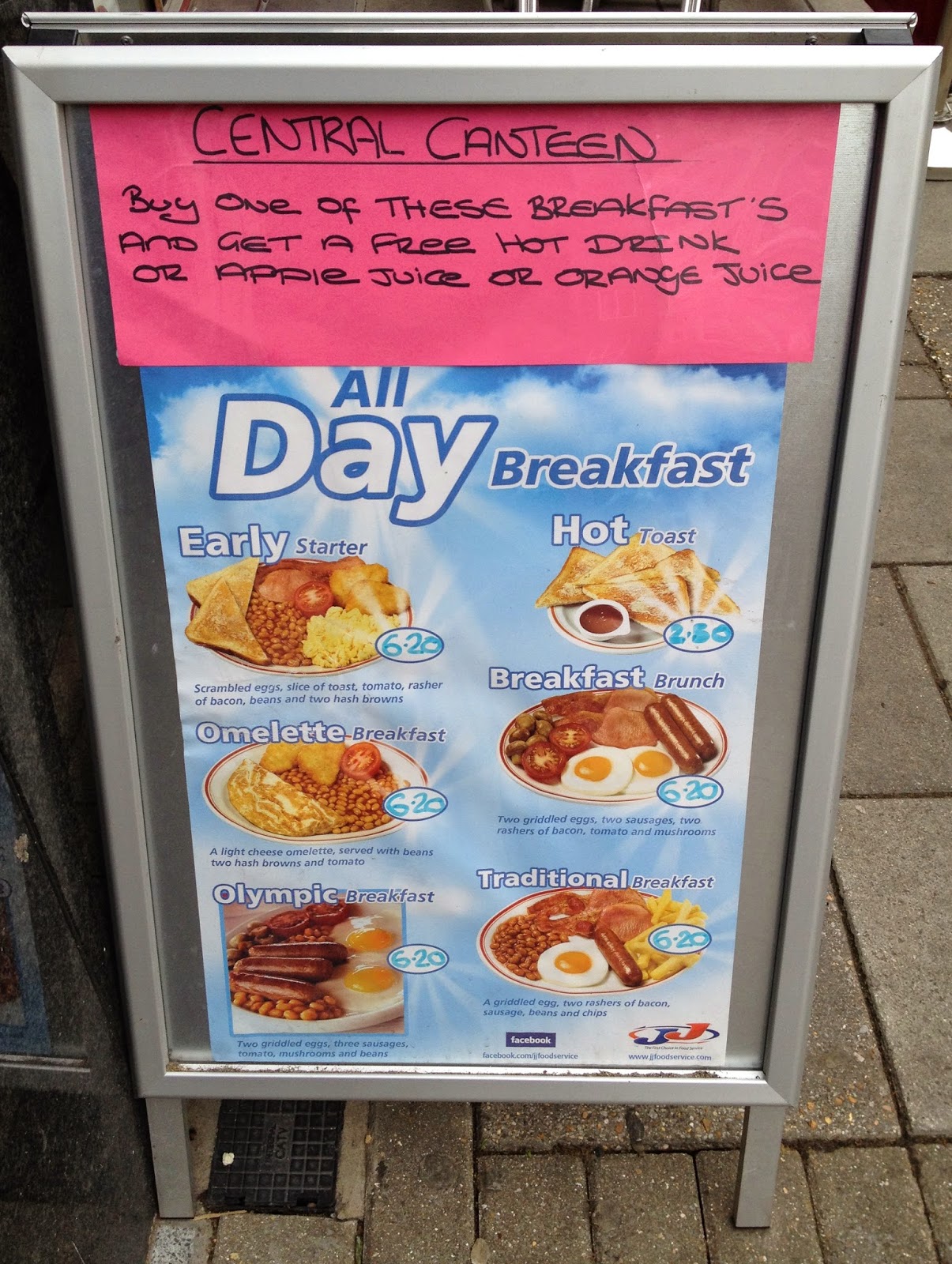 I have seen this same menu a few times on my inspections, it usually results in disappointment that not even a free drink can remedy. 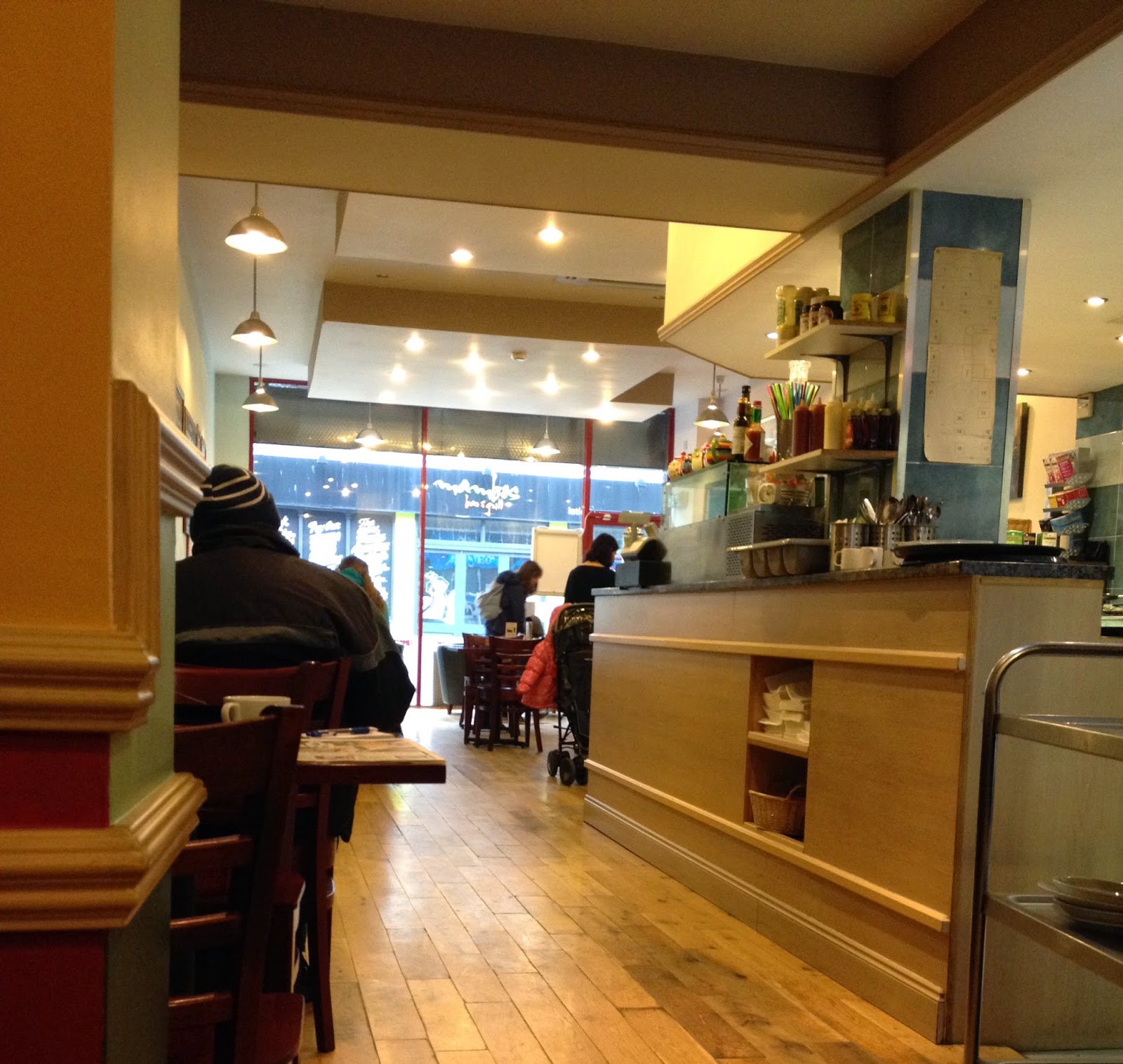 Inside I discovered this place was fairly big with a large front section. 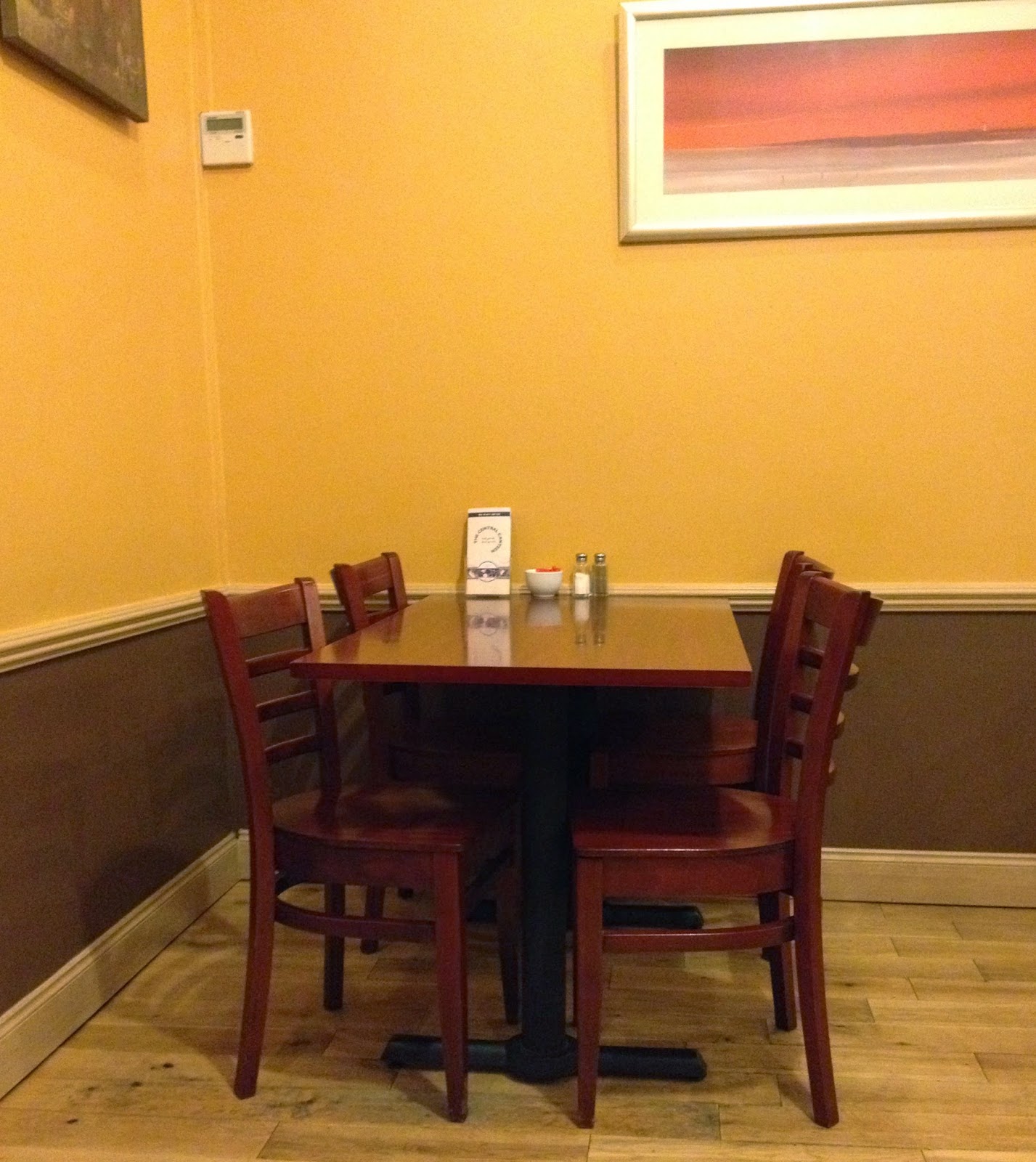 There were some nicely spaced out tables towards the rear. 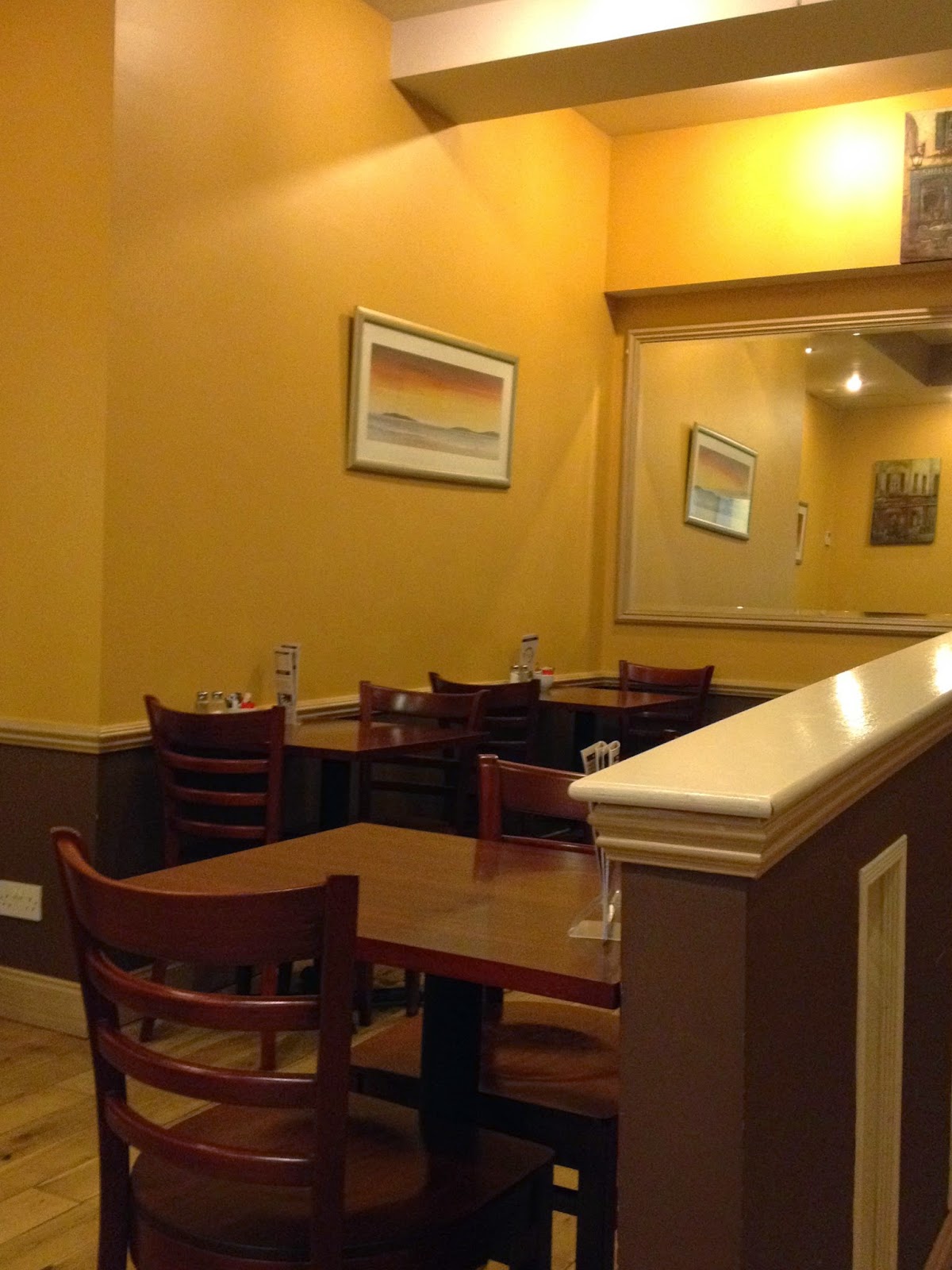 At the far rear were some smaller tables. 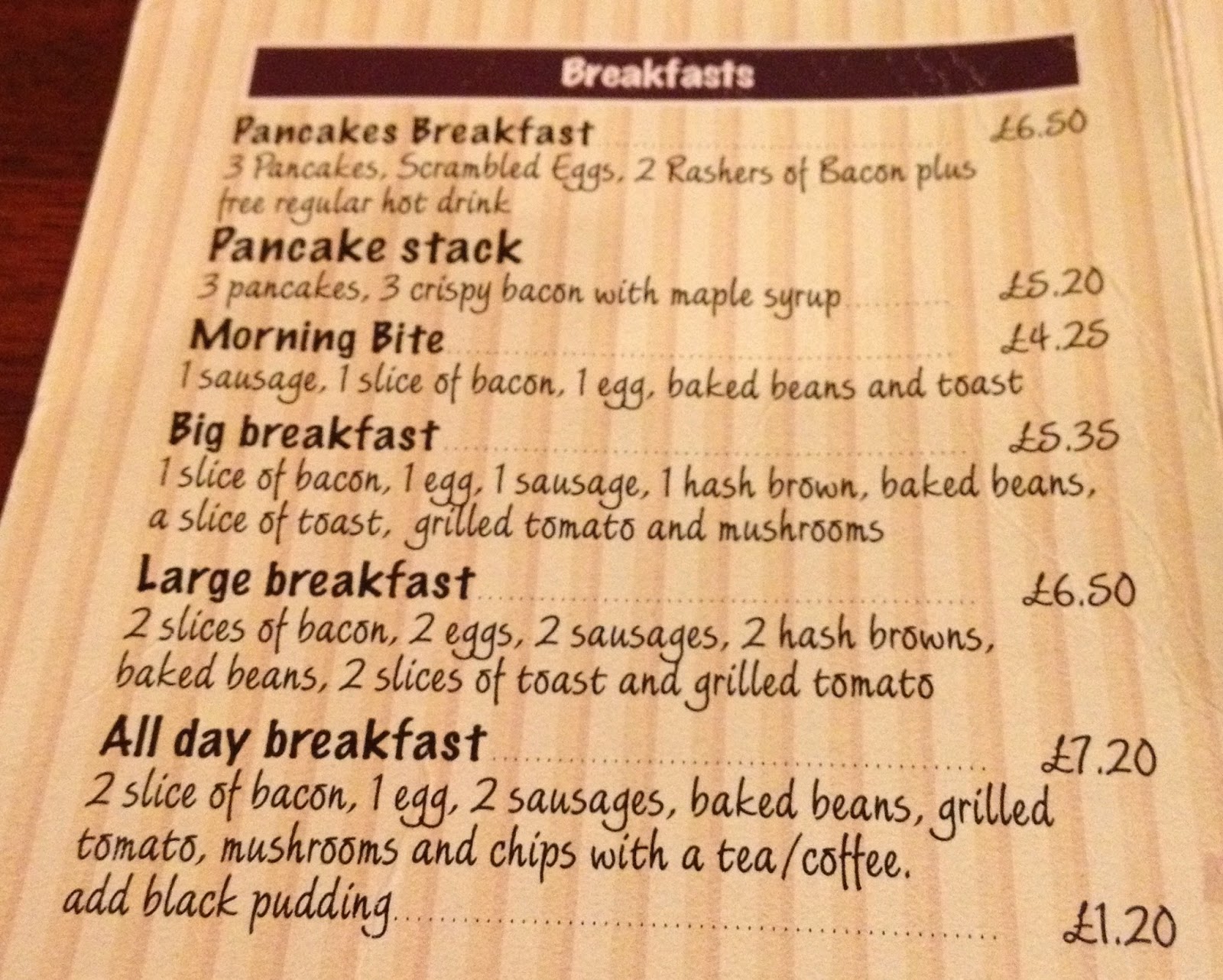 The free drink offer I spotted on the sign outside seemed insignificant on the all day breakfast as it already came with one, I chose to have this anyway with black pudding. It was only when the food arrived I realised it didn't include toast, I hadn't eaten a breakfast without toast in a long time. 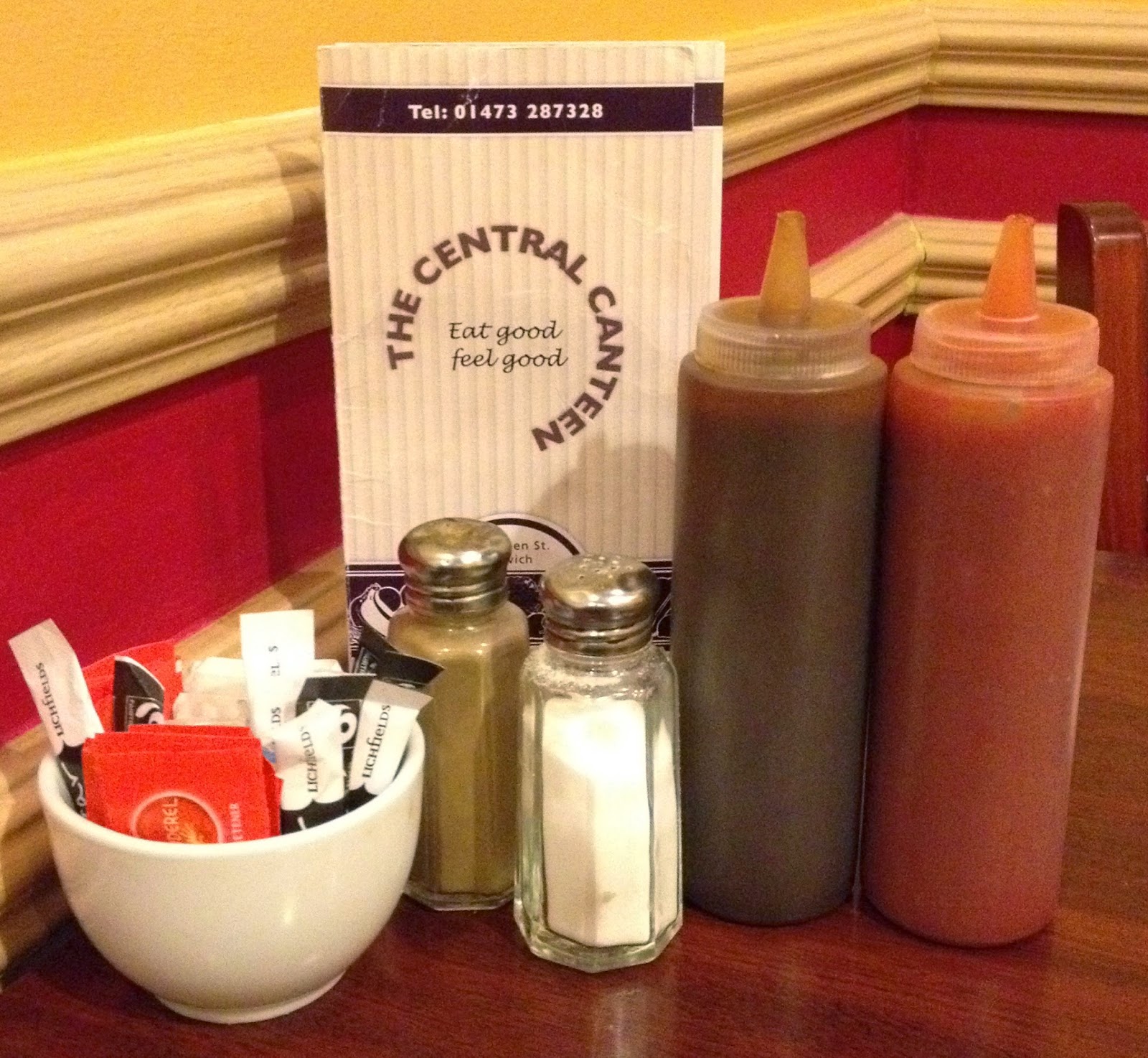 "Eat good, feel good" it said on the menu, I was living in hope but only time would tell if there was any truth in this statement. 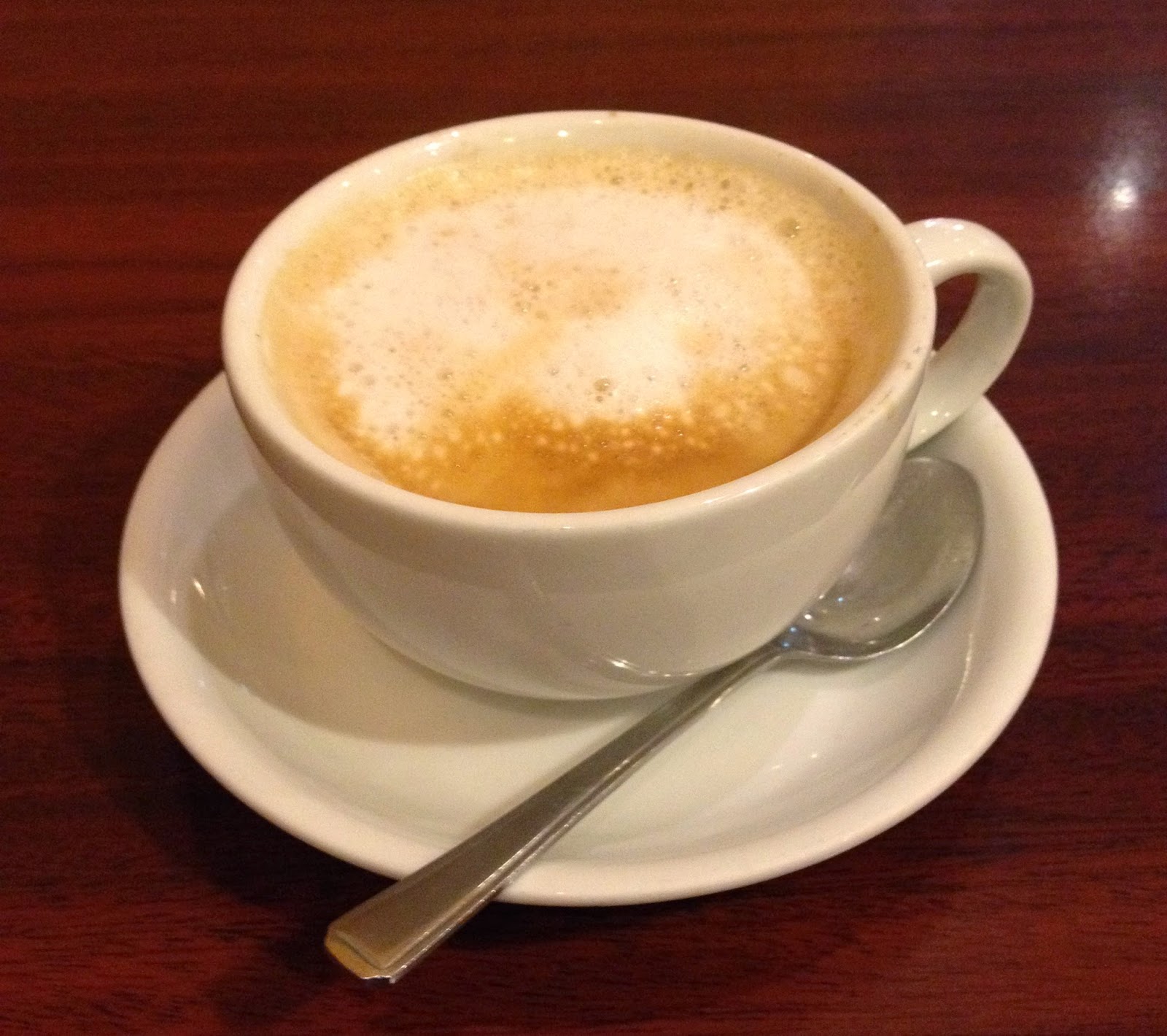 The coffee was slightly better than I was expecting and quite enjoyable. 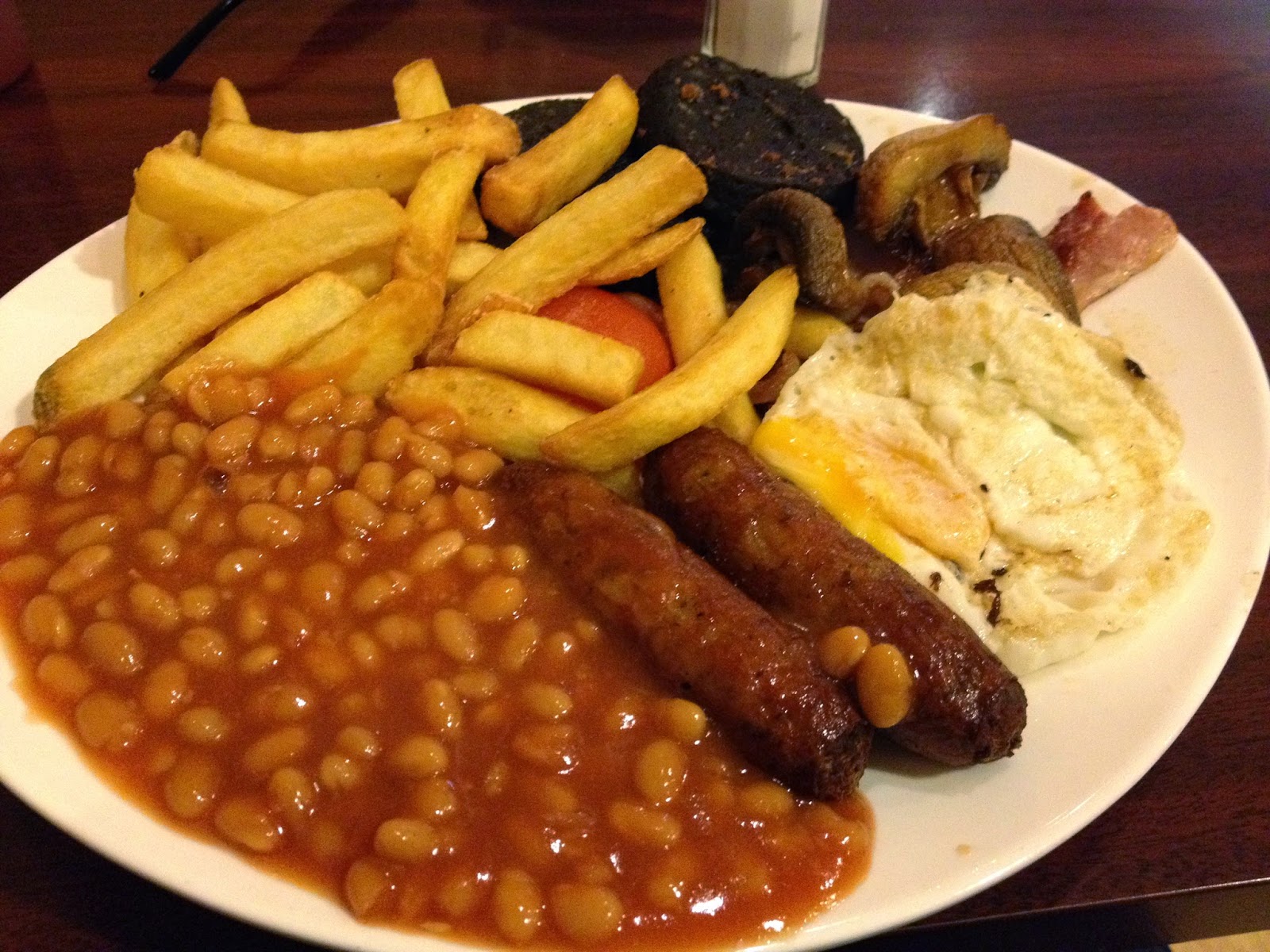 Beans galore and just look at that egg!! 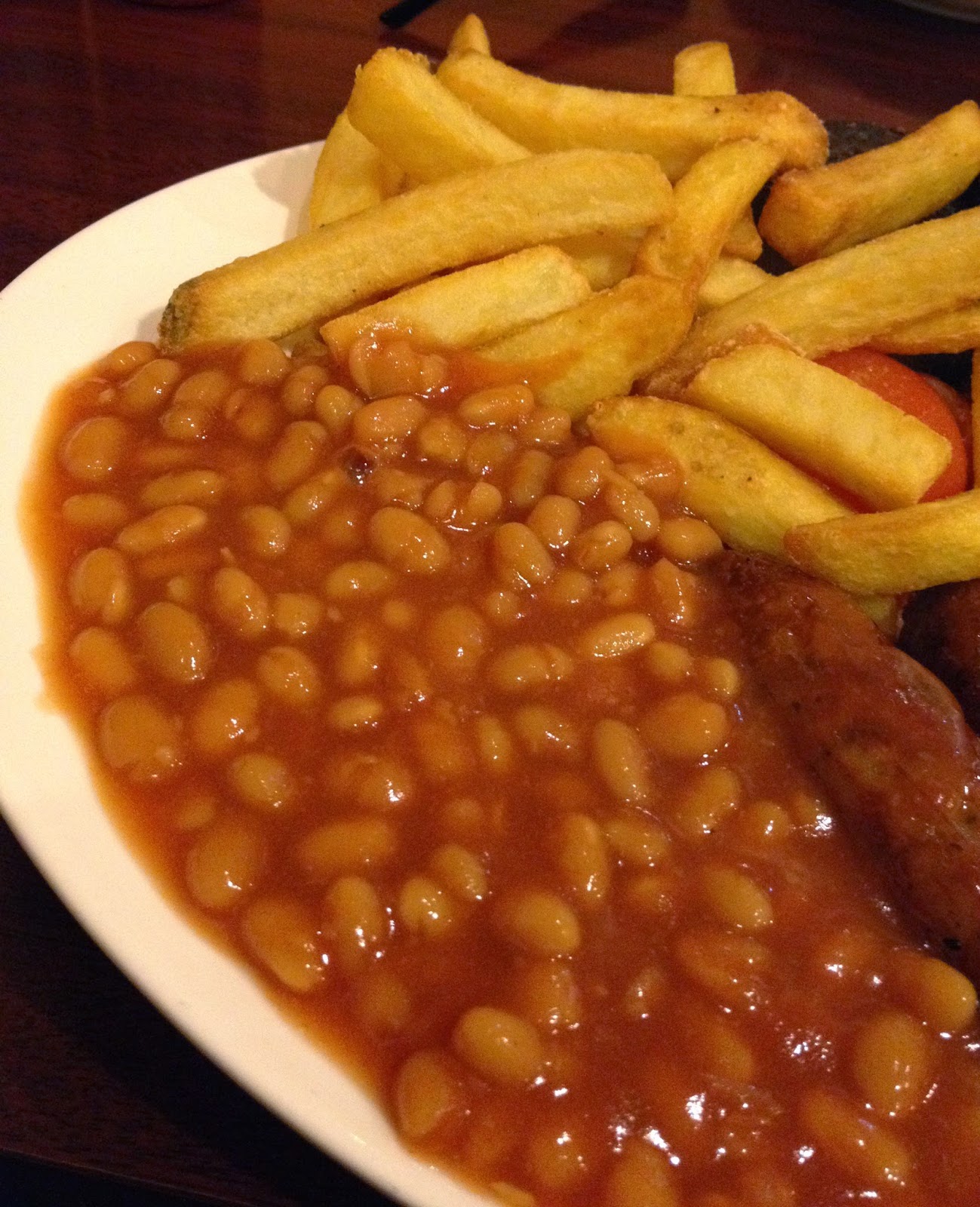 I am very fond of beans but this was just ridiculous! 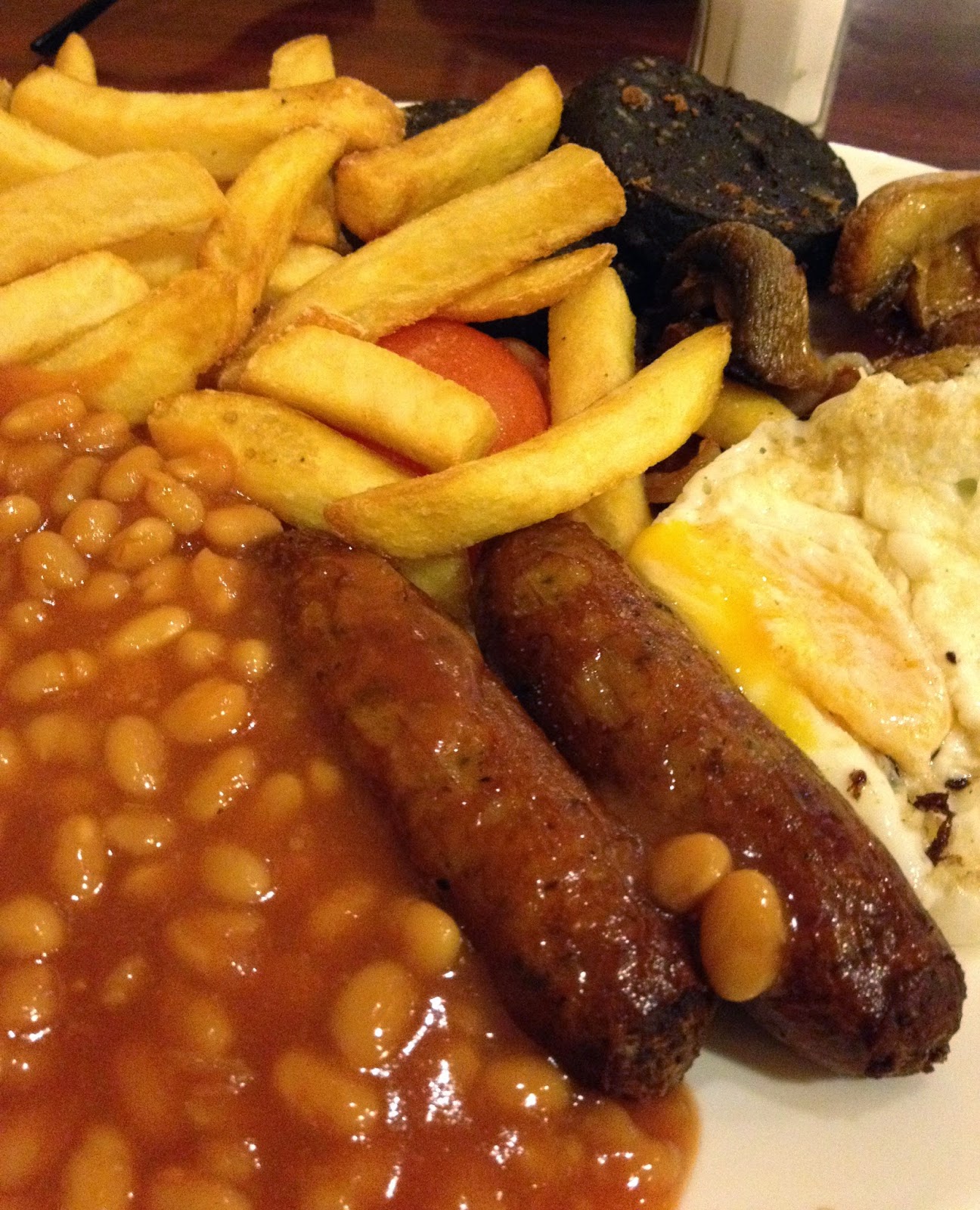 The sausages were looking a bit cheap, two of the beans had taken a liking to them though. 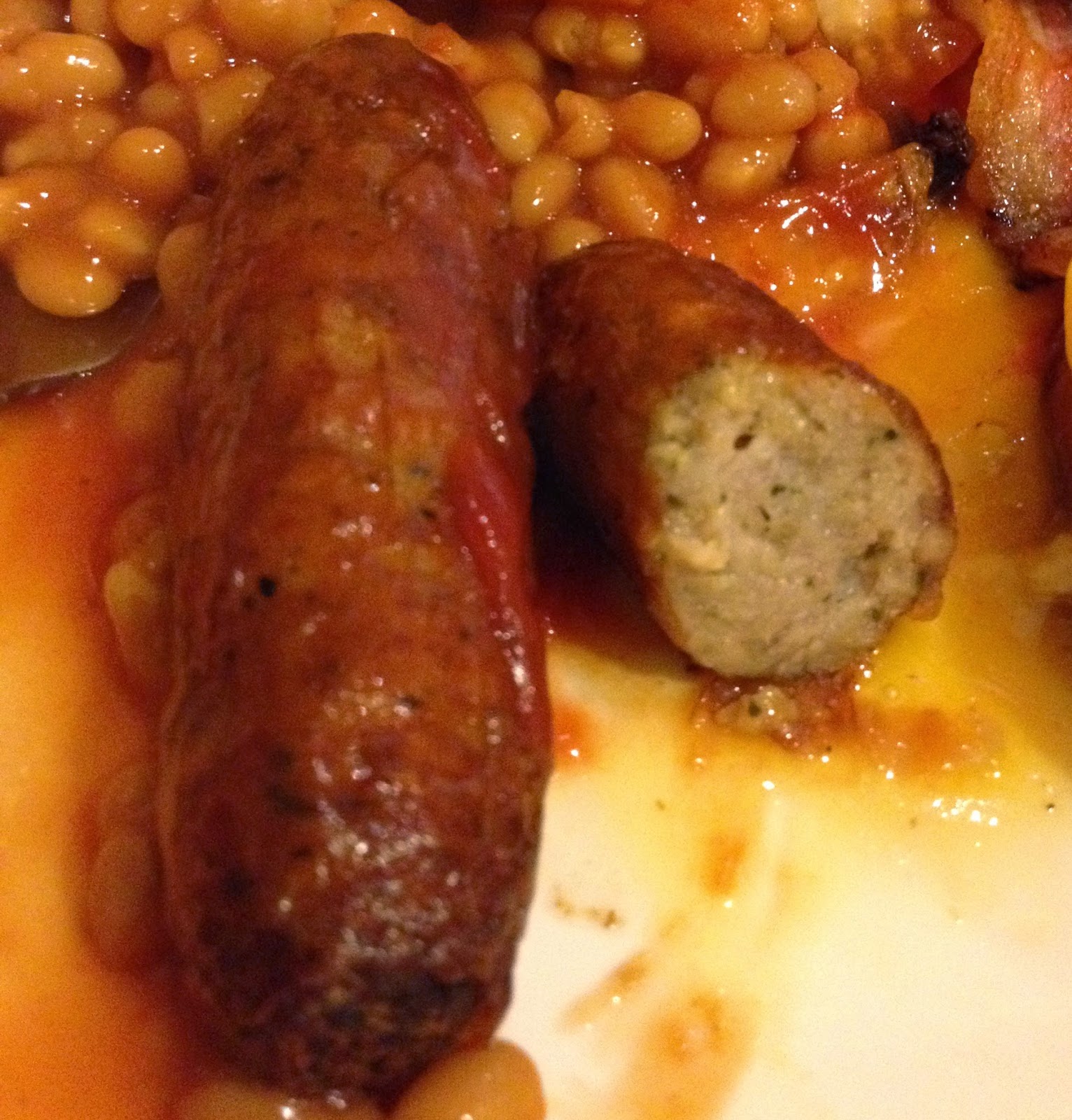 I was slightly relieved to discover they were more like the type Wetherspoons serve than the evil air filled sponge cylinders found in some places. 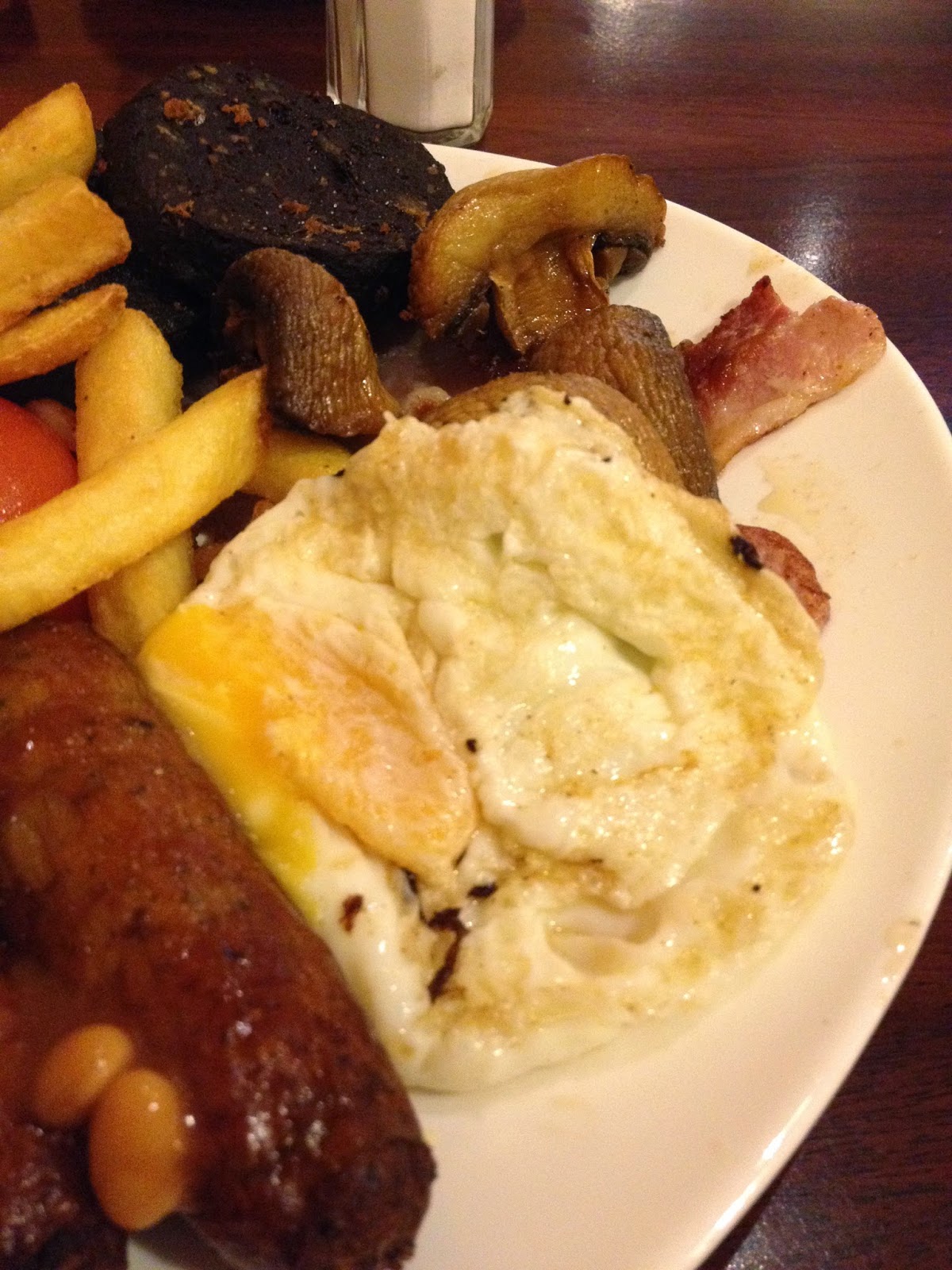 Sadly the egg looked like it had been in a serious accident. 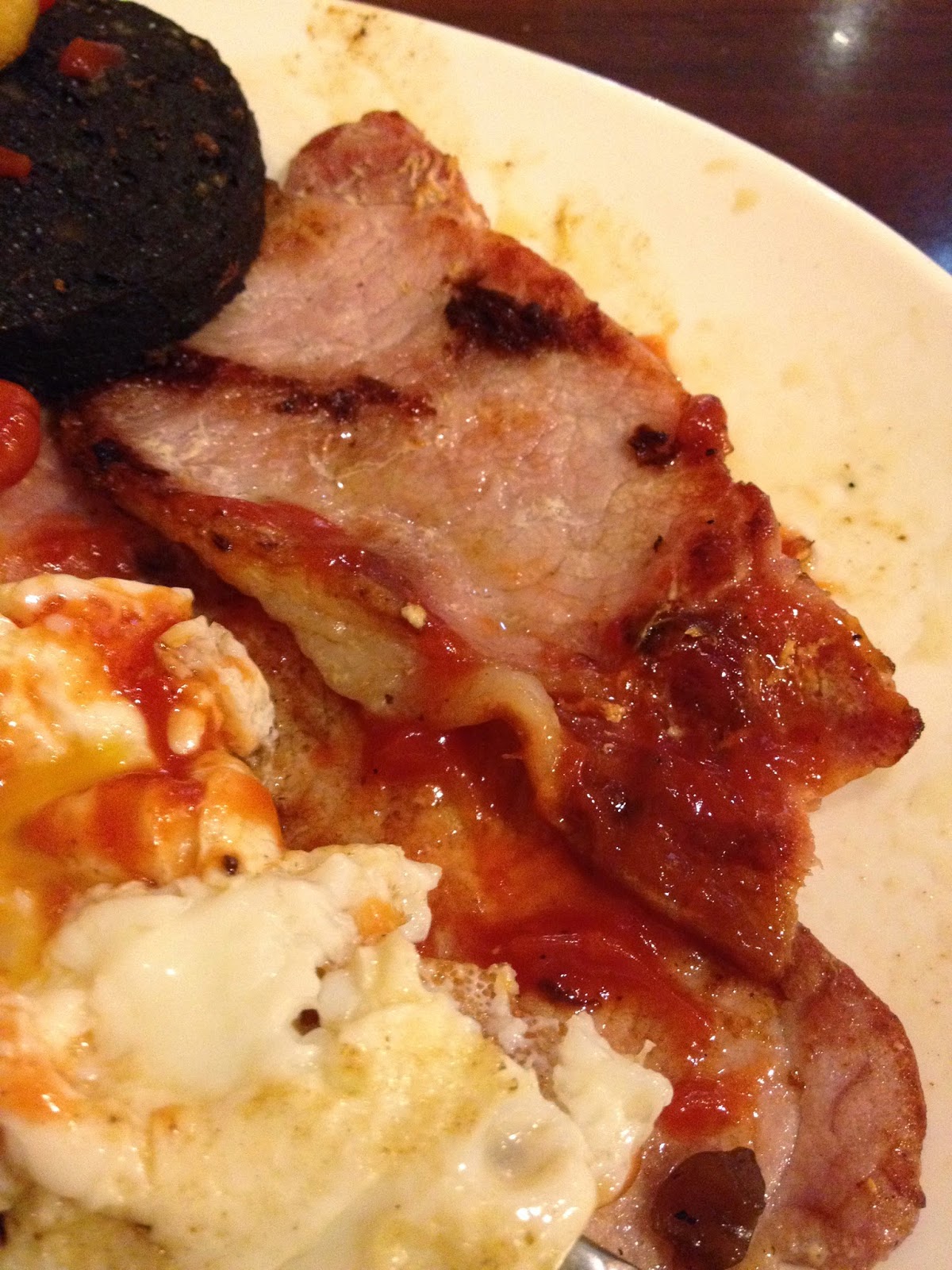 Very salty bacon like the type served on mobile catering trucks at festivals. 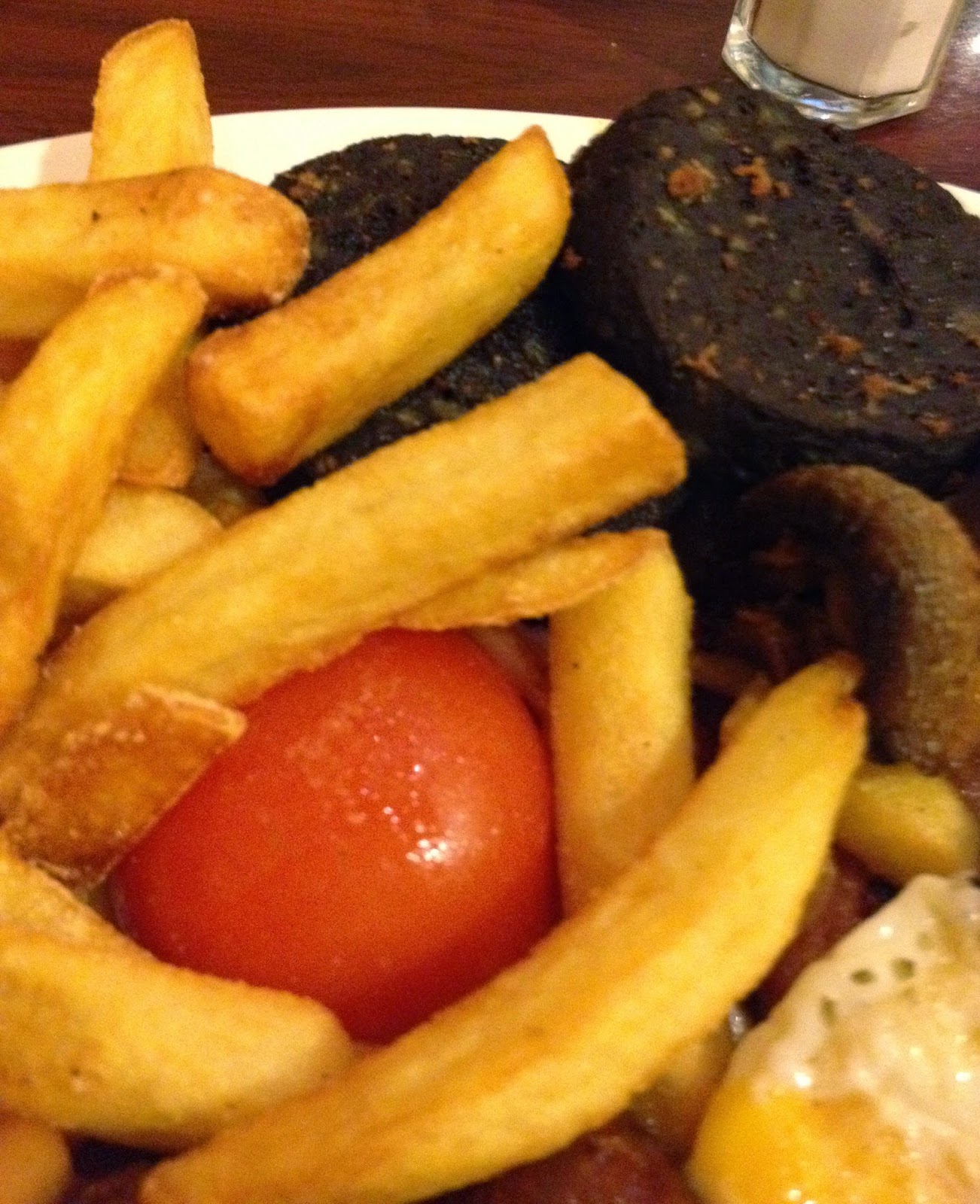 Half a tomato was seen hiding underneath the crispy stack of chips.


A few months back I had eaten a fairly average breakfast at The Grumpy Mole in Ipswich. Here I was again helping my wife on her stall at a craft fair on St Peters Street, another opportunity to see what other breakfasts Ipswich had to offer. I wanted to visit an independent cafe and had been told about some places to try, the first place I had in mind was closed on Sundays and the others were a fair walk away. I decided to just walk around the town until I spotted somewhere independent serving breakfast, less than a minutes walk away from The Grumpy Mole I spotted Central Canteen. To be honest the picture menu outside didn't particularly fill me with hope but knowing I had limited time to eat breakfast I stepped inside..

Upon entering - This place was much bigger inside than I was expecting and even had a couple of tables outside too. The front section was well lit with plenty of places to sit, next I came to a counter with the kitchen behind, beside this were a few more smaller tables. At the back were even more tables but the light here was fairly dim, I sat here anyway to ensure I could get the photos I wanted without being spotted. Salt, pepper, sugar and a menu is already on each table, sauces and cutlery arrive later. Once seated your order is taken and you can expect full table service. There seemed to be a fairly nice feel to this place, it certainly felt alive and I felt quite comfortable here once I had sat down. A steady trickle of people arrived and it seemed fairly popular. 7/10

Service - No sooner had I sat down somebody was over to take my order, the drink, cutlery and sauces were on the table before I had a chance to take my first photos. My first thought was ultra efficient but by the end I was thinking more quick turn around. The food arrived without much of a wait and I was asked if everything was ok whilst eating it, the lady serving me was very friendly. Most of the staff serving here were being prompted by the lady behind the counter, not that they needed reminding of much as they were all doing a great job. I went to use the bathroom after eating and returned to find my bill on the table, I was guessing they were either wanting the table or displaying efficiency, it was difficult to tell. If you are in a hurry you will like the service here but if you want to sit and relax over for an hour or so I suspect you might not be quite so keen possibly feeling rushed, thankfully I was in a bit of a hurry. 7/10

Presentation - A huge sea of beans were being held back by a double sausage barrier which I know would certainly please those that like their beans well away from their egg. I do like beans on my breakfast but this many seemed just plain silly to me. The other side of the plate was where the main problem lied though. The egg was a very sorry sight indeed and clearly cooked with no love, it wept tears of egg yolk all over it's untidy looking self. The tomato was face down under a stack of chips and the bacon was hidden under pretty much everything. Somebody hadn't put much thought into how everything would look together on the plate resulting in a fairly shameful display. 4/10

The food - Although the sausages were far from luxury I sighed a breath of relief on the first cut to discover that they were not the worst air filled and spongy textured variety out there. These were very similar to the semi economy cumberland type found on a Wetherspoons breakfast, so mildly enjoyable. The bacon was a bit over salty and like you would expect to be served at a music festival, again mildly enjoyable. I was quite nicely surprised by the black pudding, two fairly thick chunks with a half decent texture, not too bad at all. The chips were cooked nicely with a crispy outside and fluffy inside, just the frozen variety but on this breakfast possibly the highlight. The tomato had a fairly nice flavour, the deep fried mushrooms were ok too. Finally that sea of beans, when I dived into them I discovered a sauce that had started to reduce slightly. The low point had to be that poor egg though, through eating it I discovered a mix of cooked and uncooked white and yolk, not a preety sight. 5/10

Value for money - The all day breakfast with extra black pudding included a hot drink and cost £8.30. A filling breakfast for sure but no toast and only mildly enjoyable. 4/10

Overall - The breakfast here was a bit of a let down and the egg presentation was appalling. The sausage barrier will keep some happy but vegetarians may feel let down with the omlette breakfast option. The food filled me up and was mildly enjoyable but this was probably not somewhere I would return to. It seemed like a popular place though and the service is swift and friendly. The menu here said "Eat good, feel good" but I left feeling "Eat average, feel alright" was more the case. 5.5/10