Rocapins, Bon Lloc and more from the festival 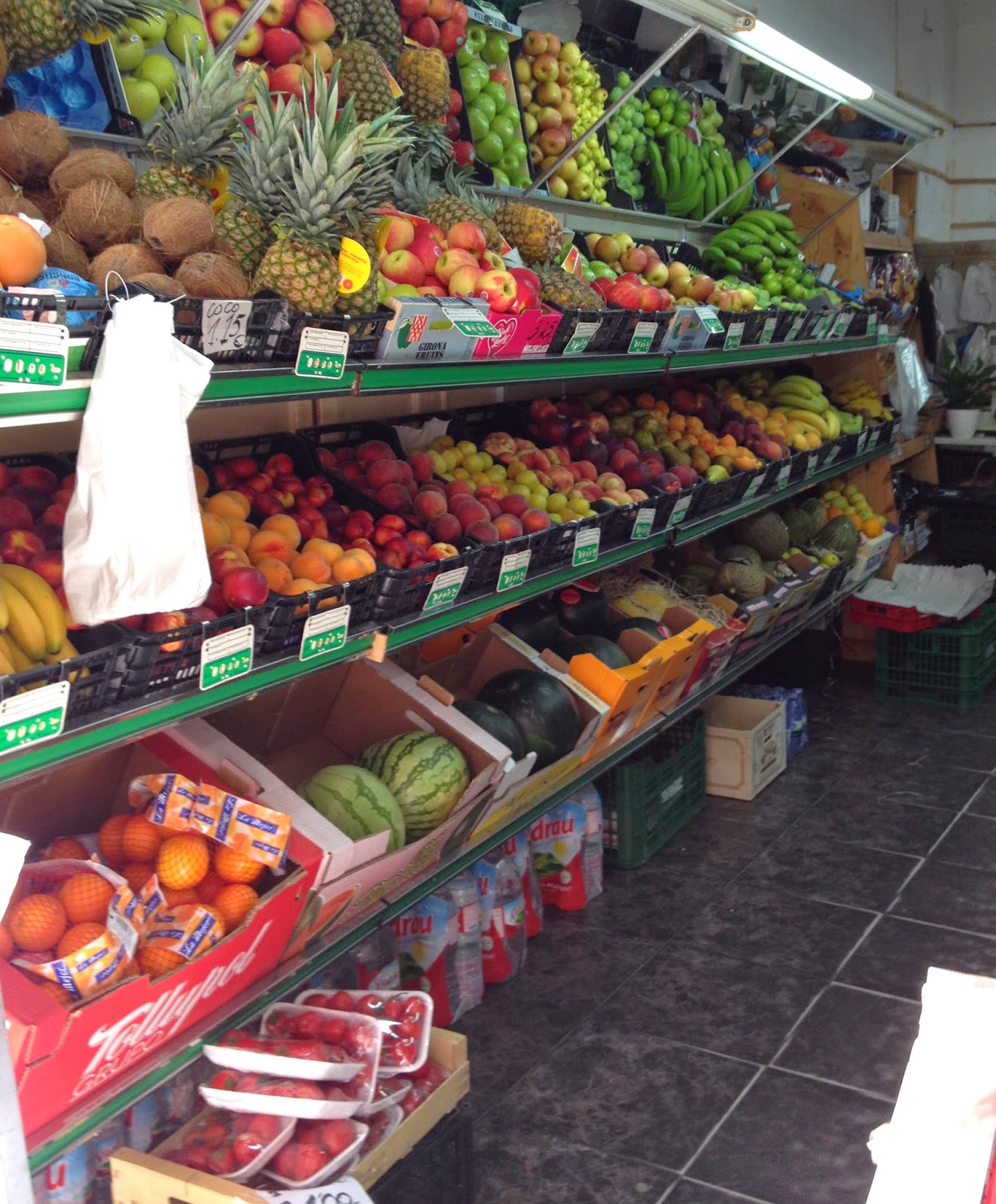 We somehow manged to wake up again free from a hangover! Before breakfast this morning we nipped out to get some tomatoes as my wife likes them with her breakfast. 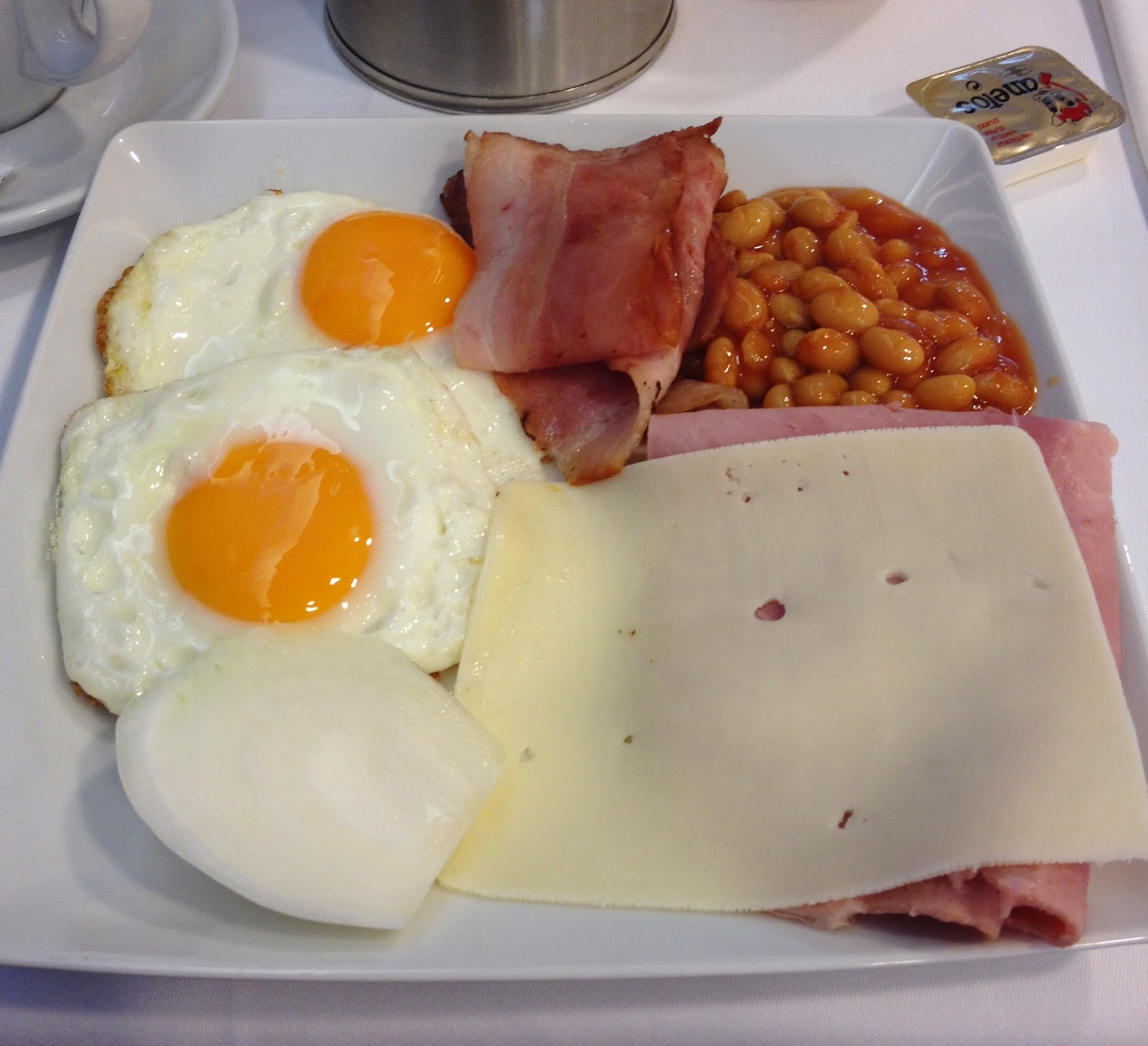 This morning I tried some ham and varied things slightly by having some raw onion. 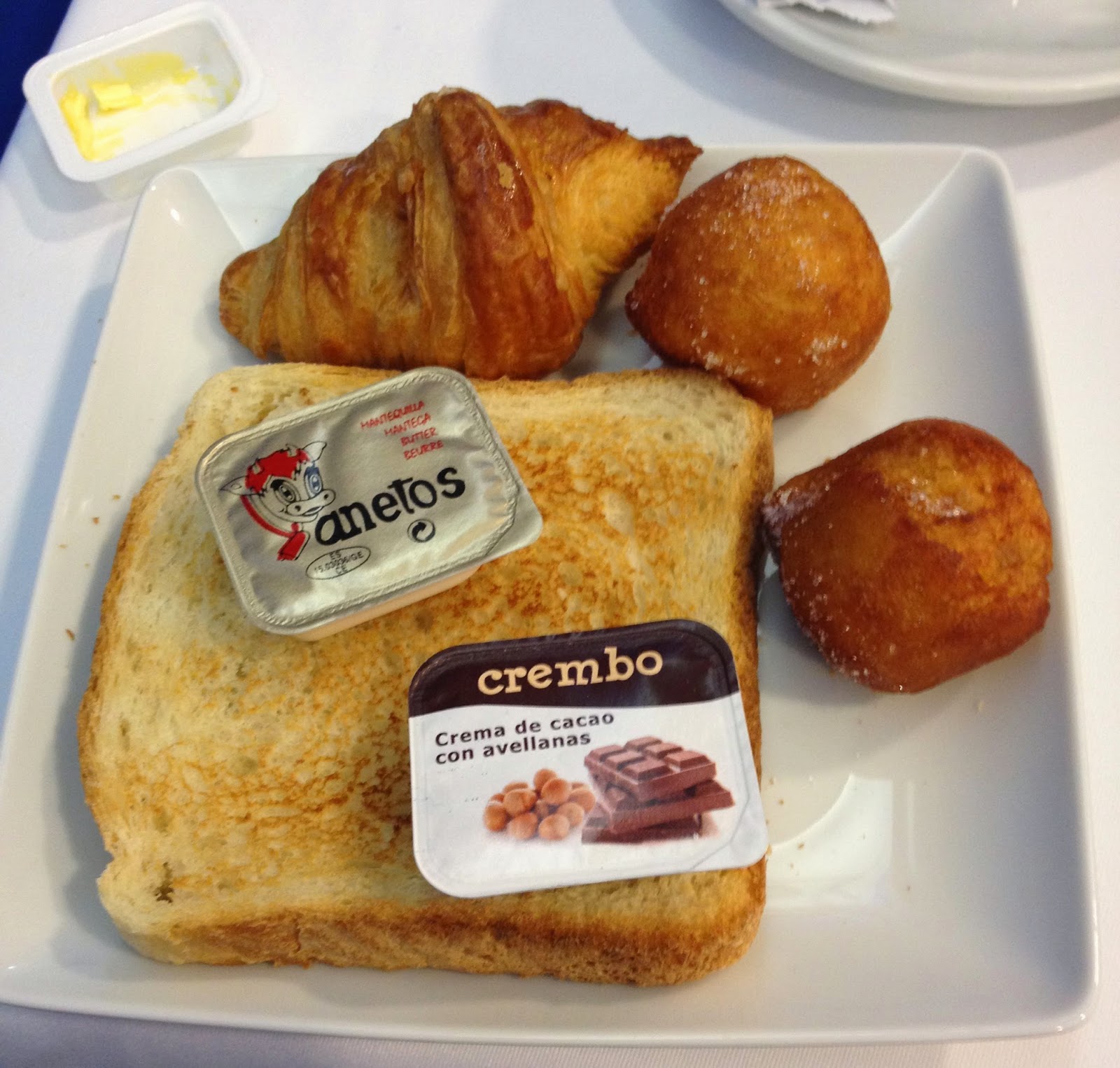 The donut balls were pretty good and a slice of toast covered in crembo went down a treat. We had read about somebody riding a snail in Parc Dalmav, we went to investigate and left feeling a bit dissapointed.. 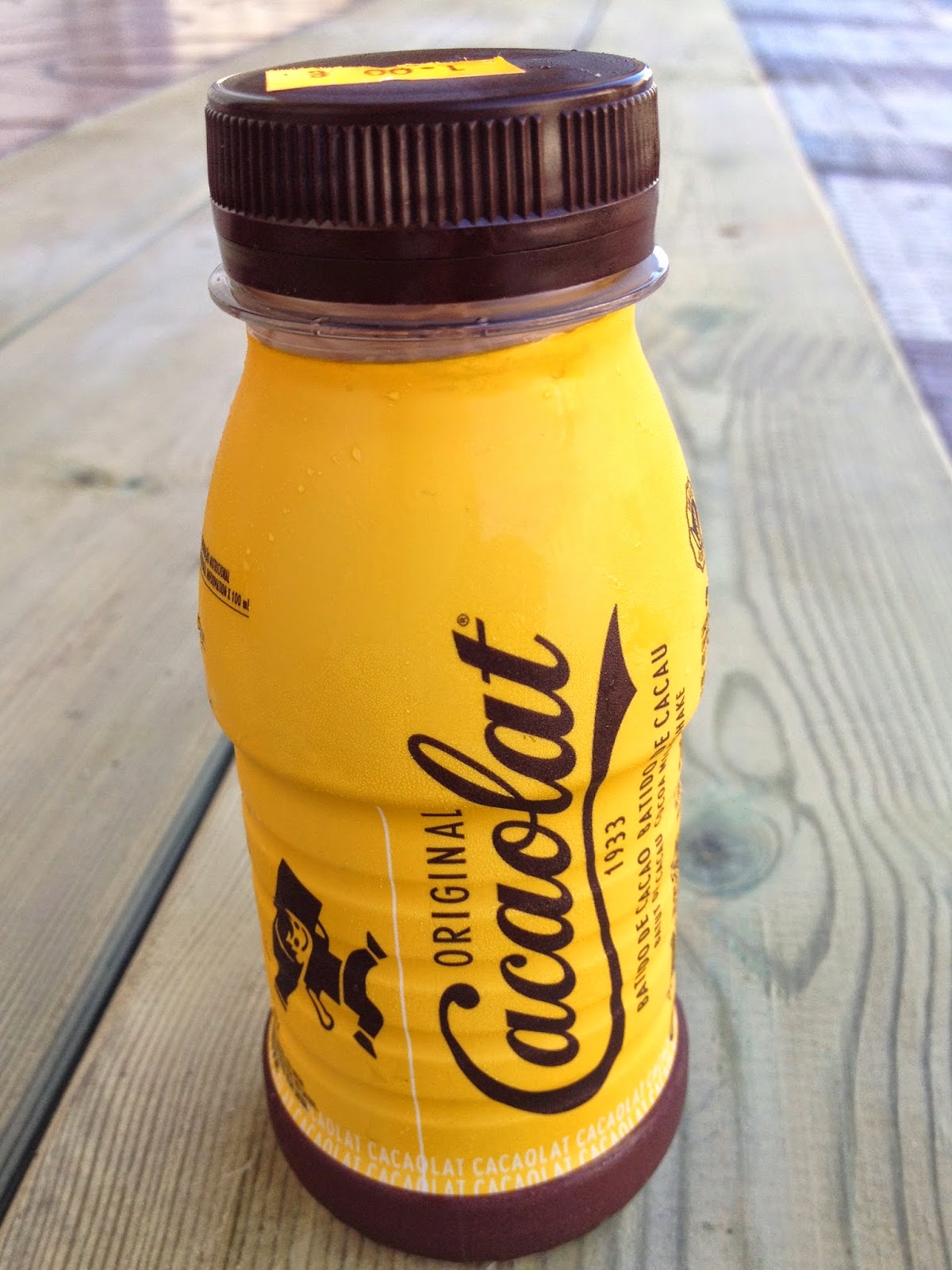 A bottle of cacaolat made up for the disapointing snail antics in the parc. 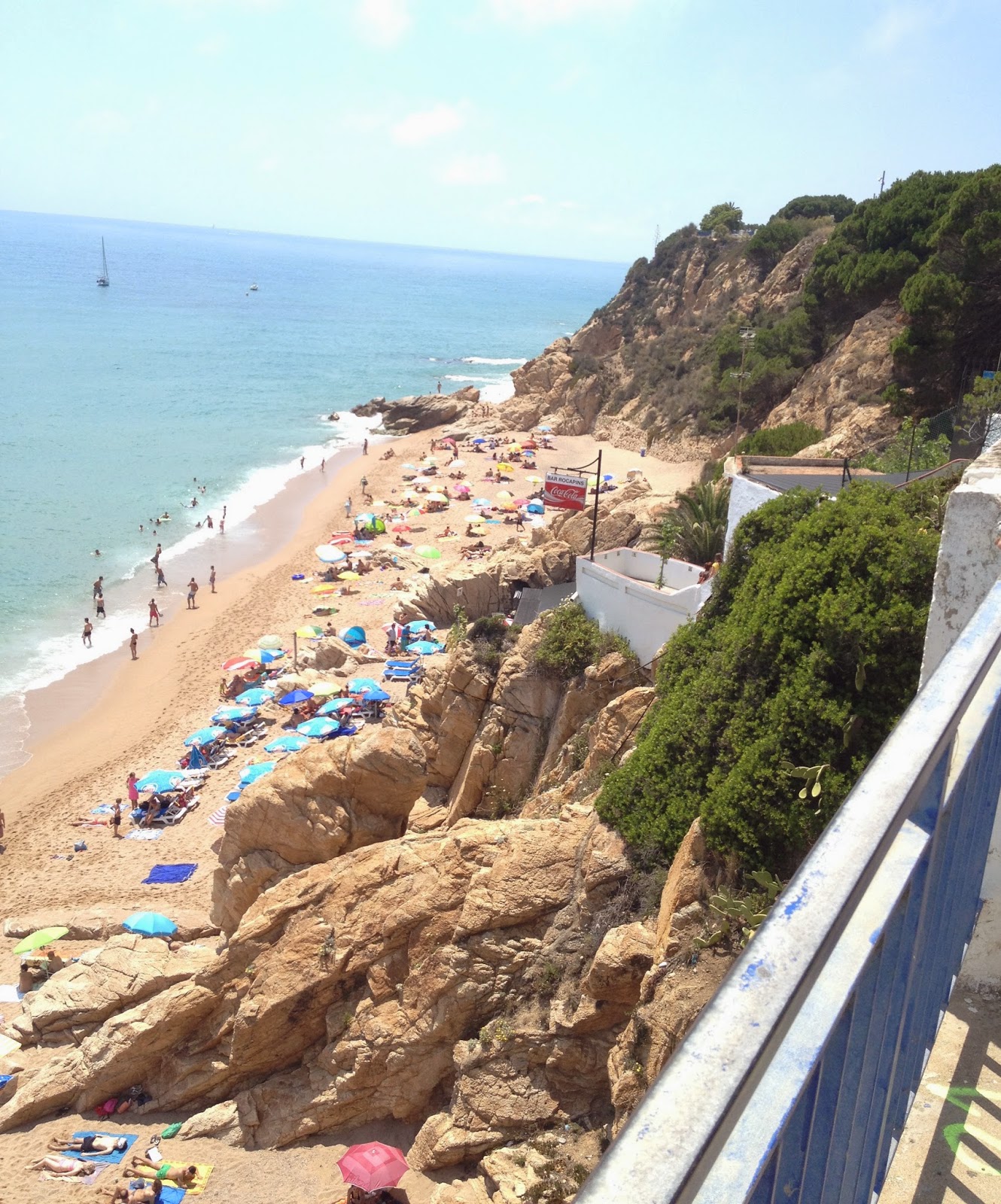 We had spotted this tiny beach area yesterday, we decided to return for some lunch and beach time. The Meteors would be finishing around 2.45am at the festival tent later so a relaxing day was in order. 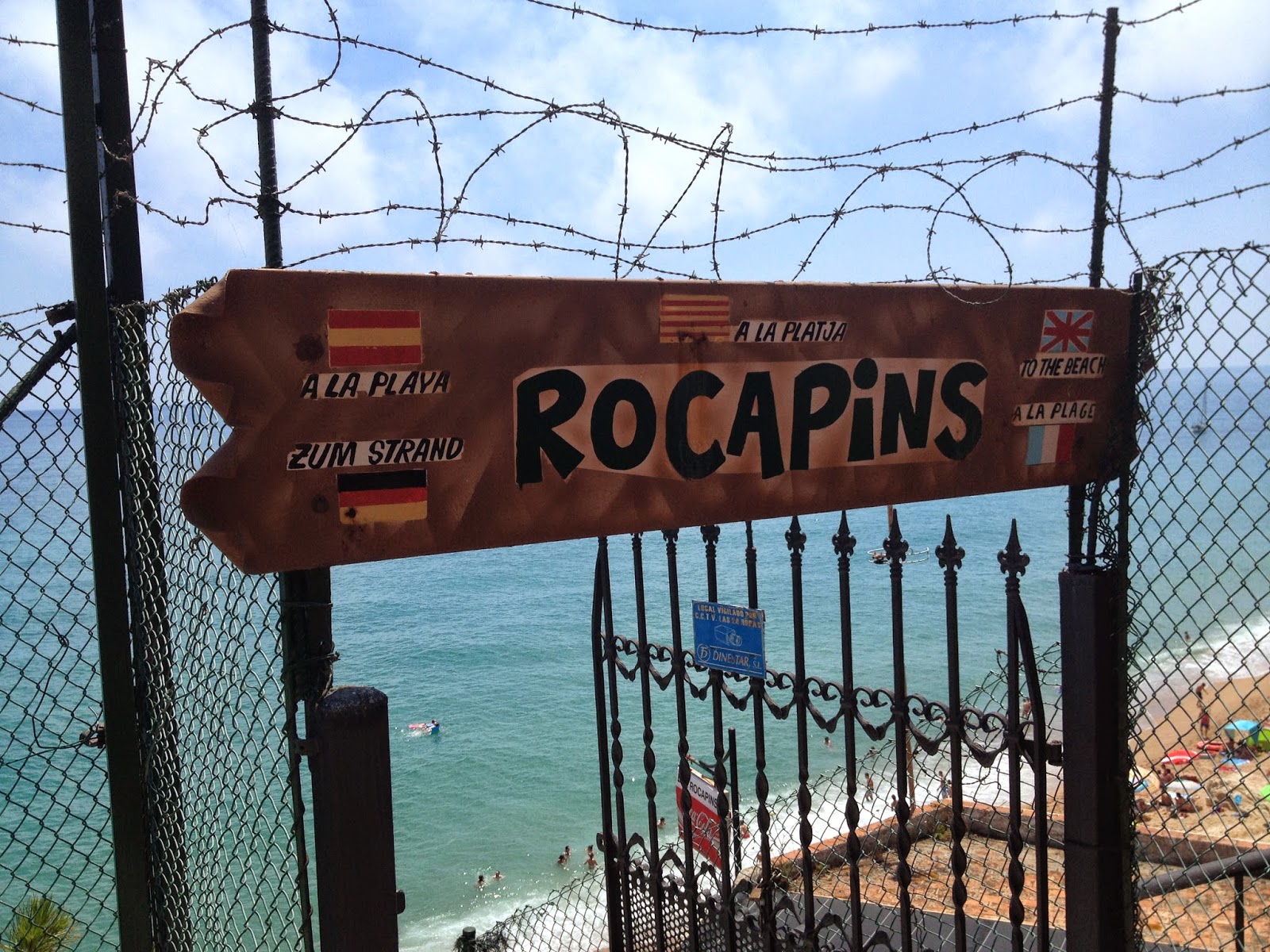 Nestled on the cliff edge was Rocapins restaurant, we were in the mood for some pizza! 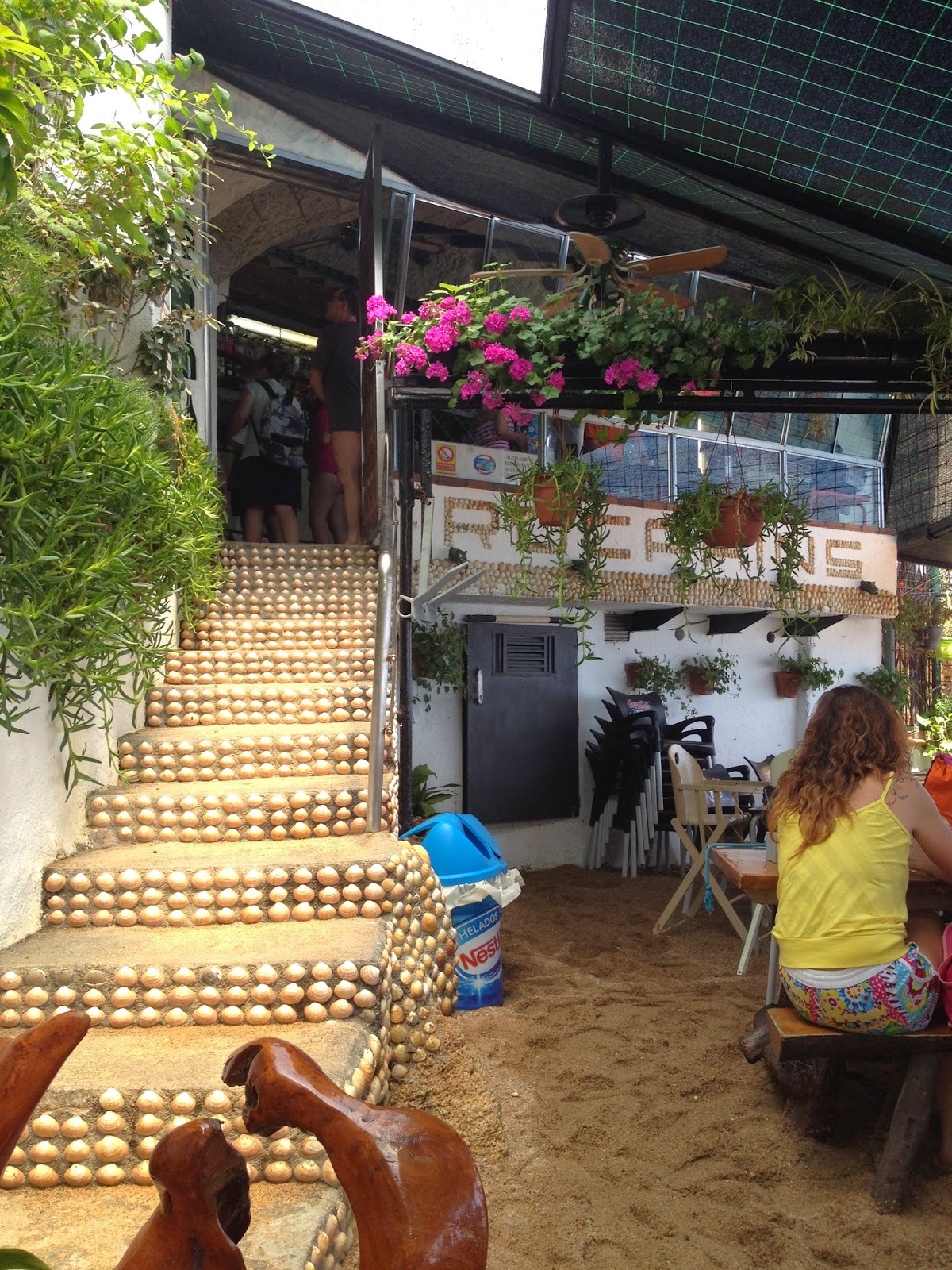 Although a lovely looking restaurant, Rocapins turned out to be self service and didn't appear to sell pizza.. 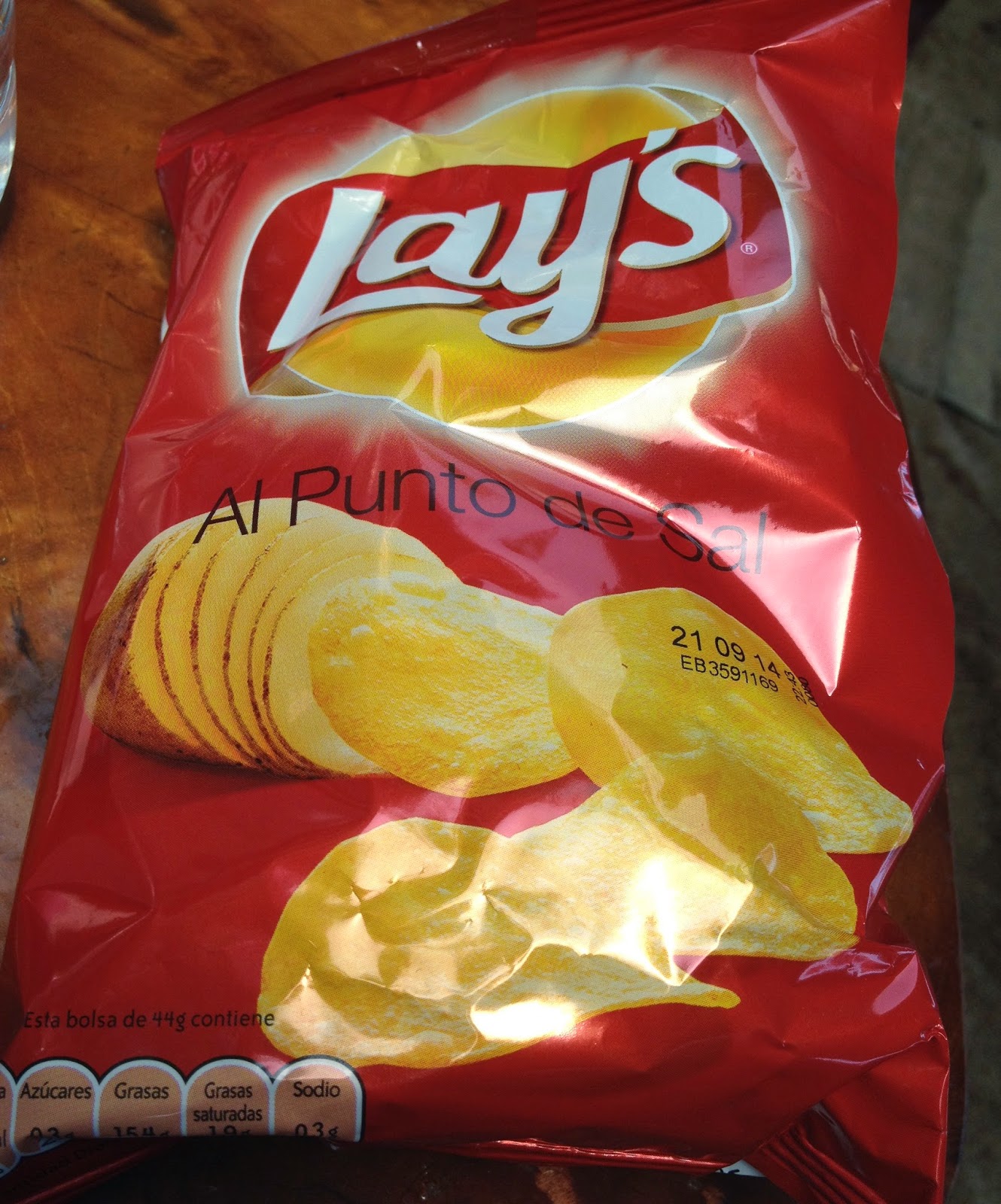 We pondered over the no pizza situation with a bag of Lay's and a diet coke. 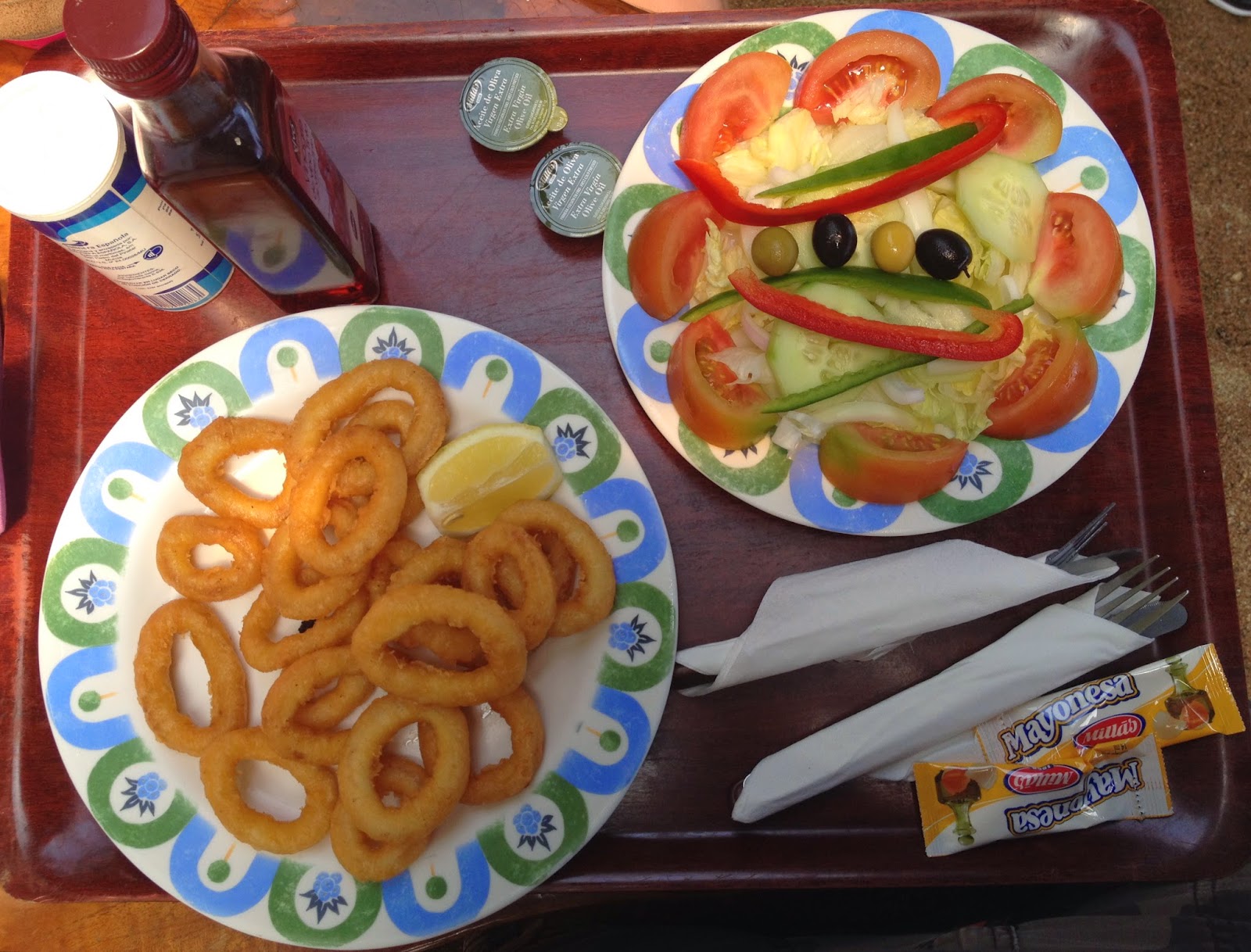 The picture menus by the counter suggested slightly over priced tourist food. We decided to go for fried calamari and a salad, by sharing it we would save some money. 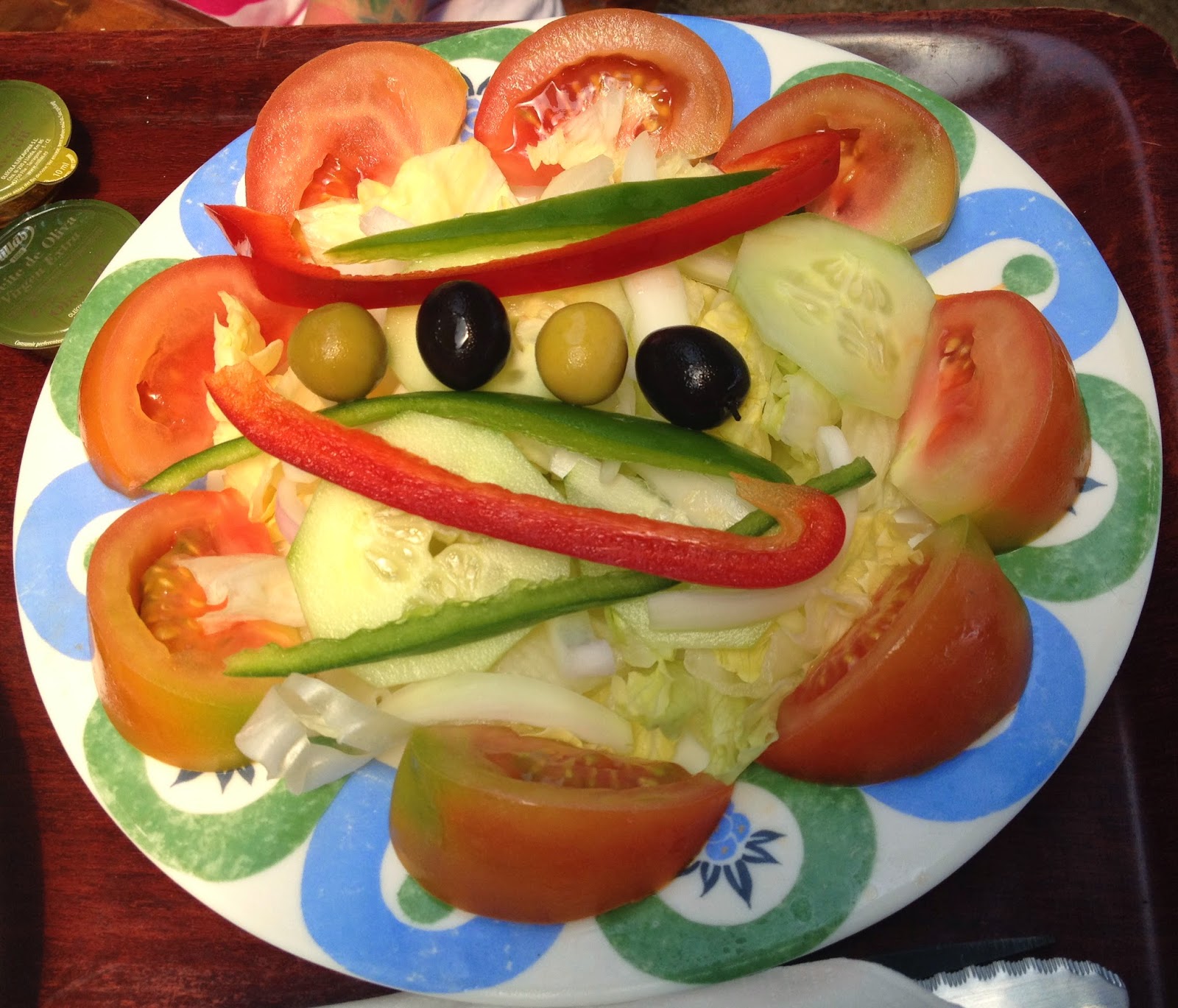 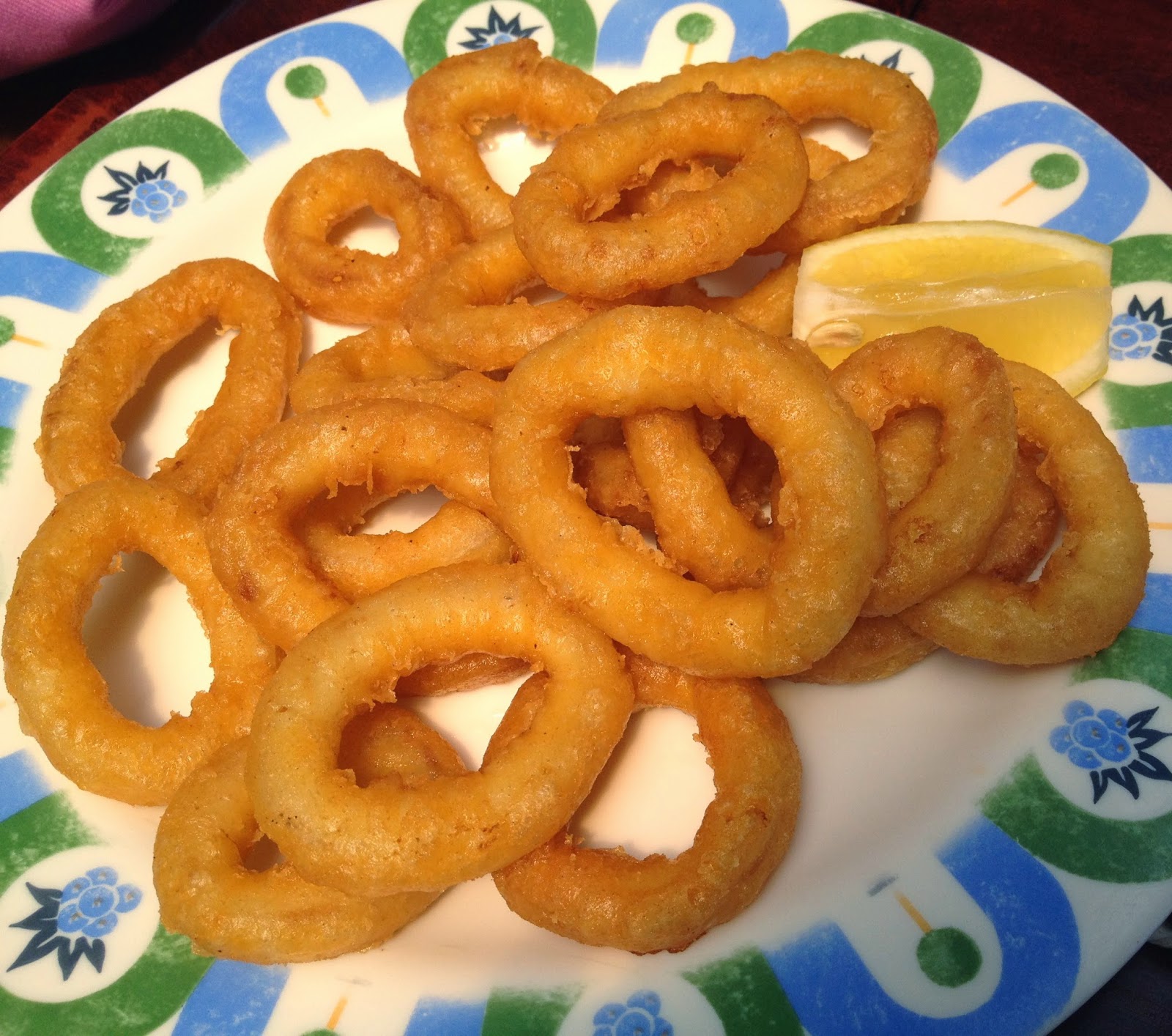 20 fried calamari cost €10.50, delicious with lemon juice squeezed over them. The previous day though we had paid €10.50 for an amazing three course meal which included bread and a beer! Once shared it was a reasonably nice lunchtime snack. 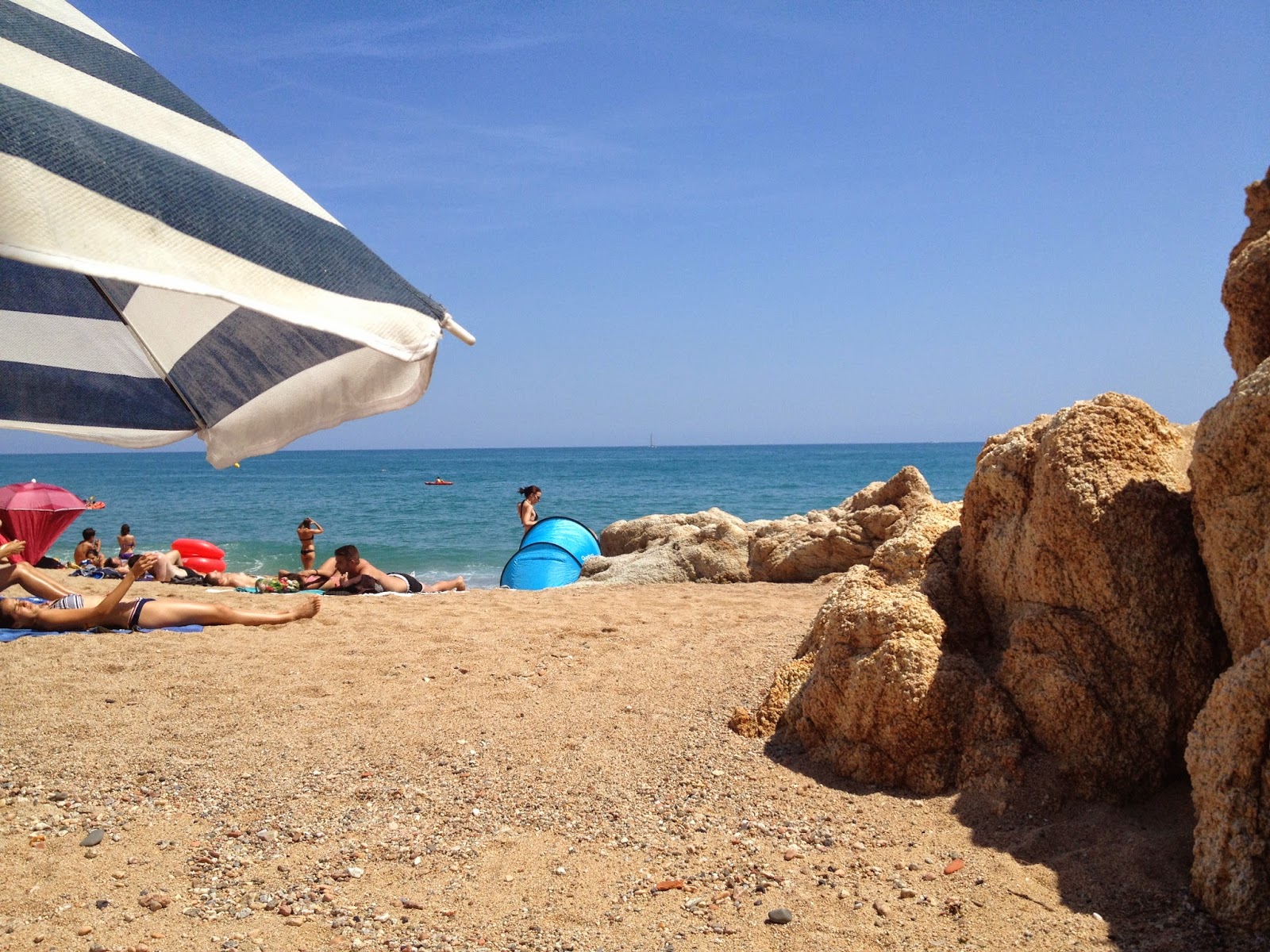 As we left the restaurant and headed outside to the beach we spotted a pizza sign, bugger! They did sell pizza after all, probably not the best pizza in town though so we weren't too bothered. Whilst everyone else topped up their tans we lay in the shade beneath a rock for an hour or so recharging our batteries for the late night ahead. 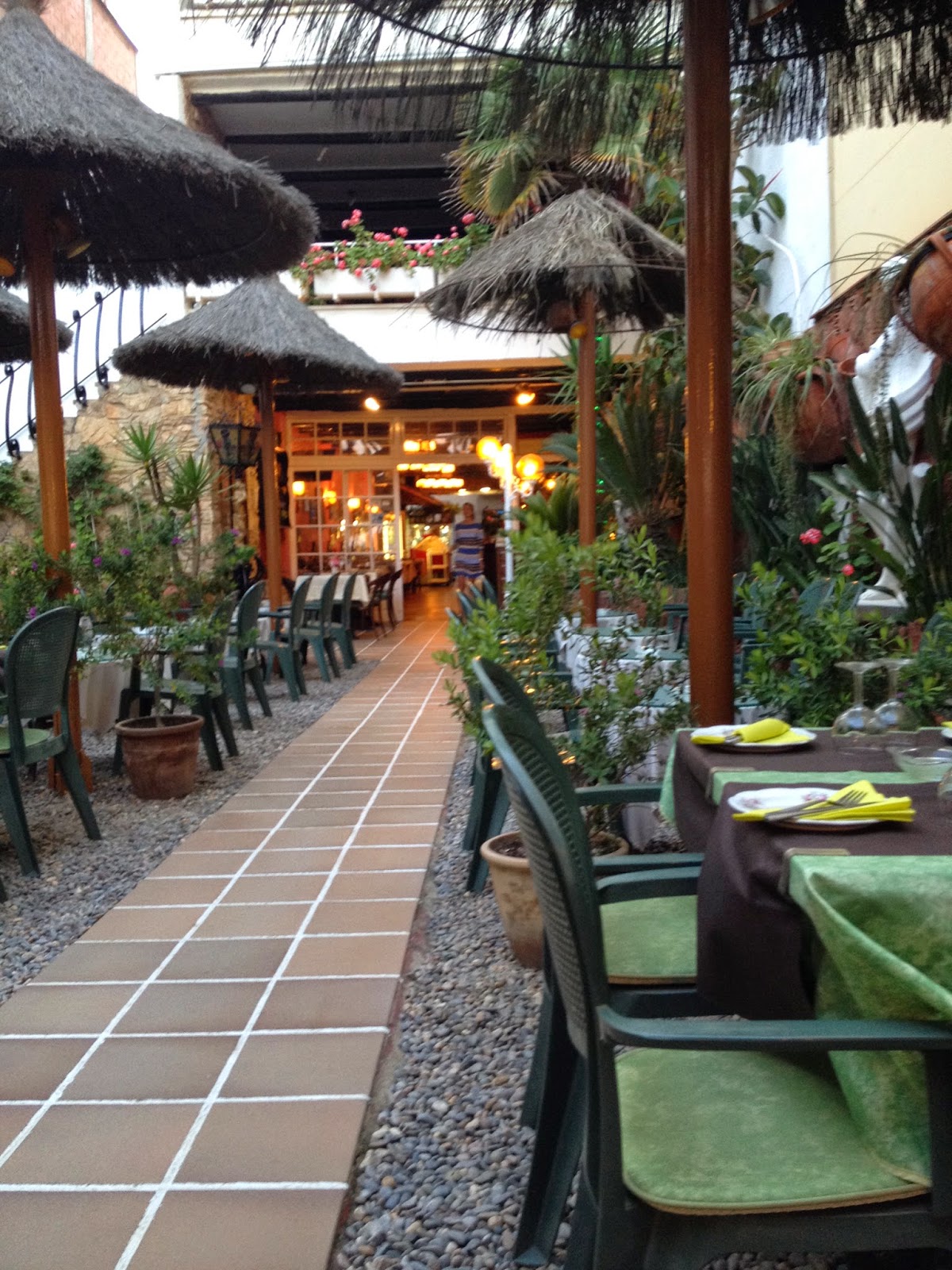 Later that evening and still with pizza on our mind we stopped for dinner at Bon Lloc. We had eaten here many times before, the beautiful garden terrace always draws us back time and time again. 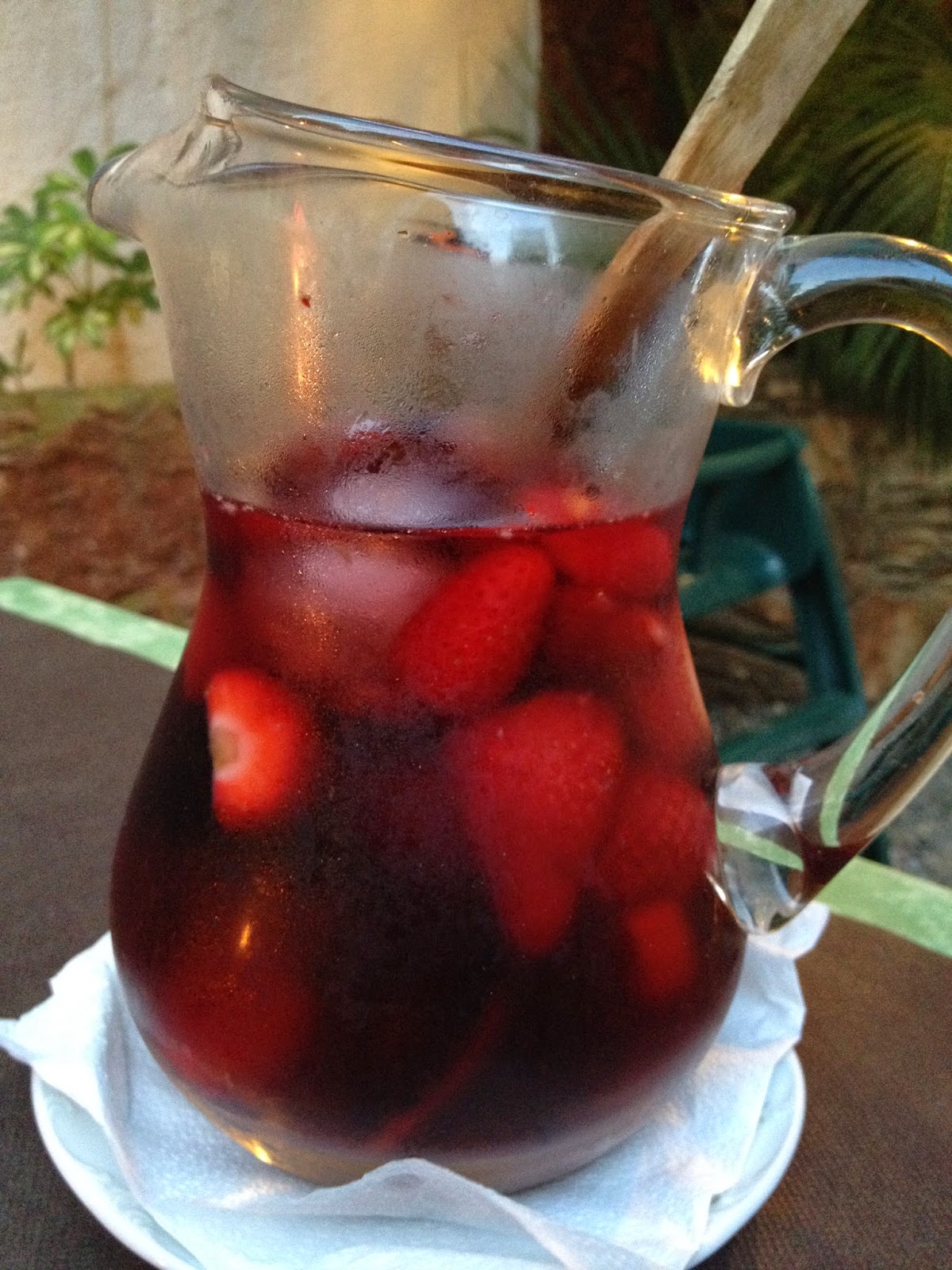 The sangria here is excellent and provides a fruit dessert at the end. 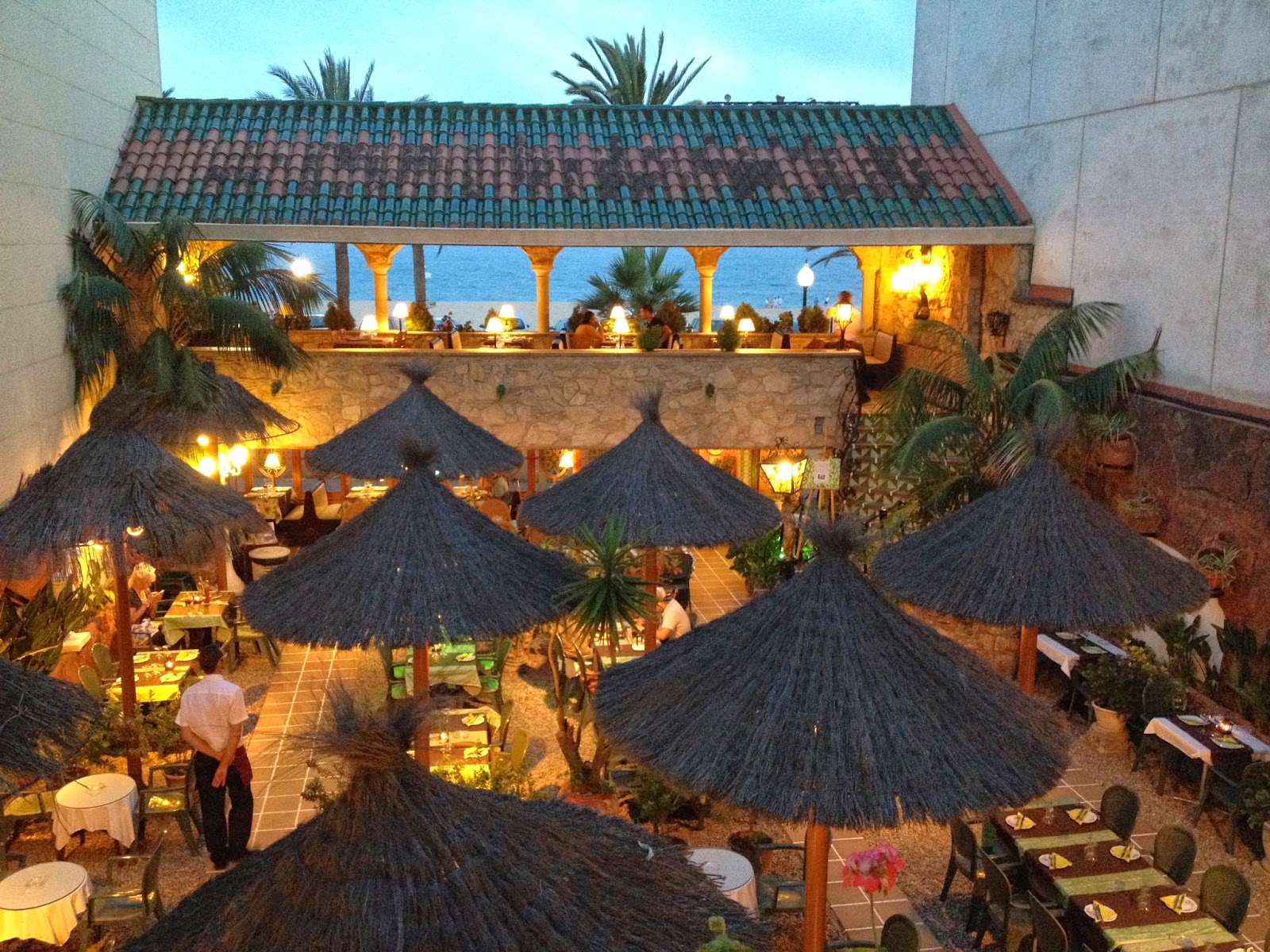 Without a doubt a stunning place to eat! 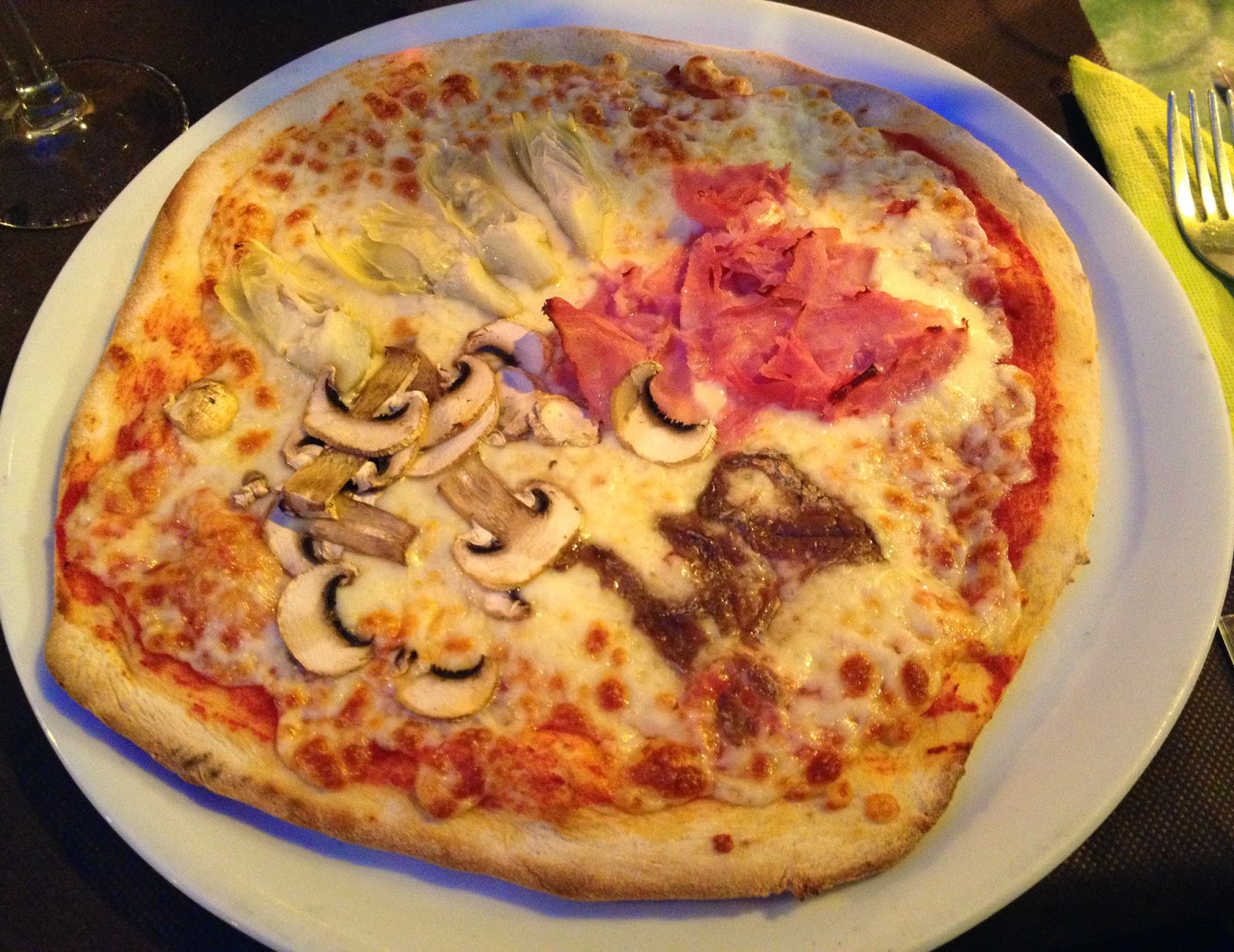 A ordered a pizza with artichokes, ham, mushrooms and artichokes. A nice enough pizza for sure but the area around the crust was a tad bland. I felt there were better pizzas on the streets of Calella and felt determined to track one down another day. 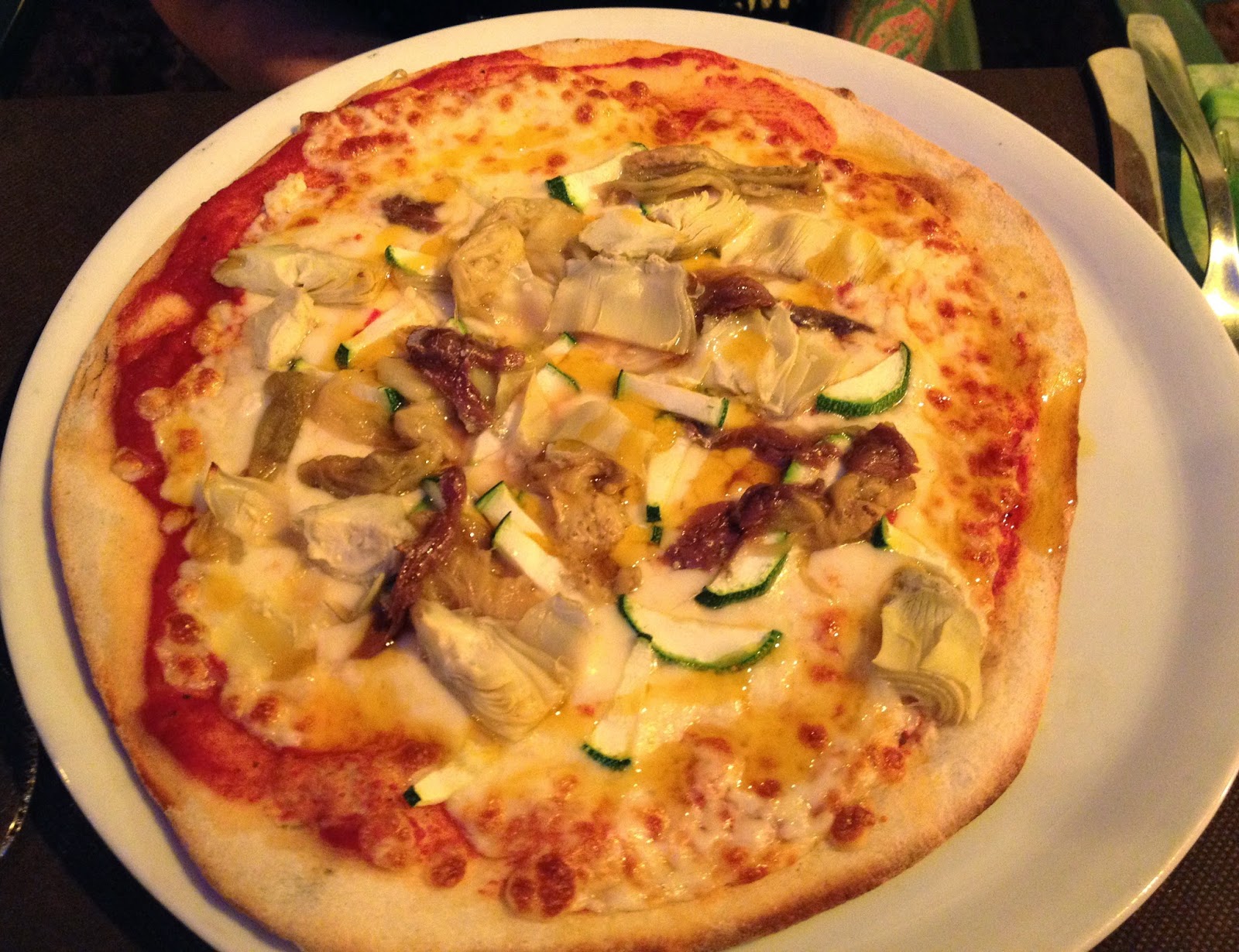 My wife went for vegetable pizza with extra anchovies, she felt the same as me about the bland crust areas. She also felt that they could have been a bit more generous with the anchovies. 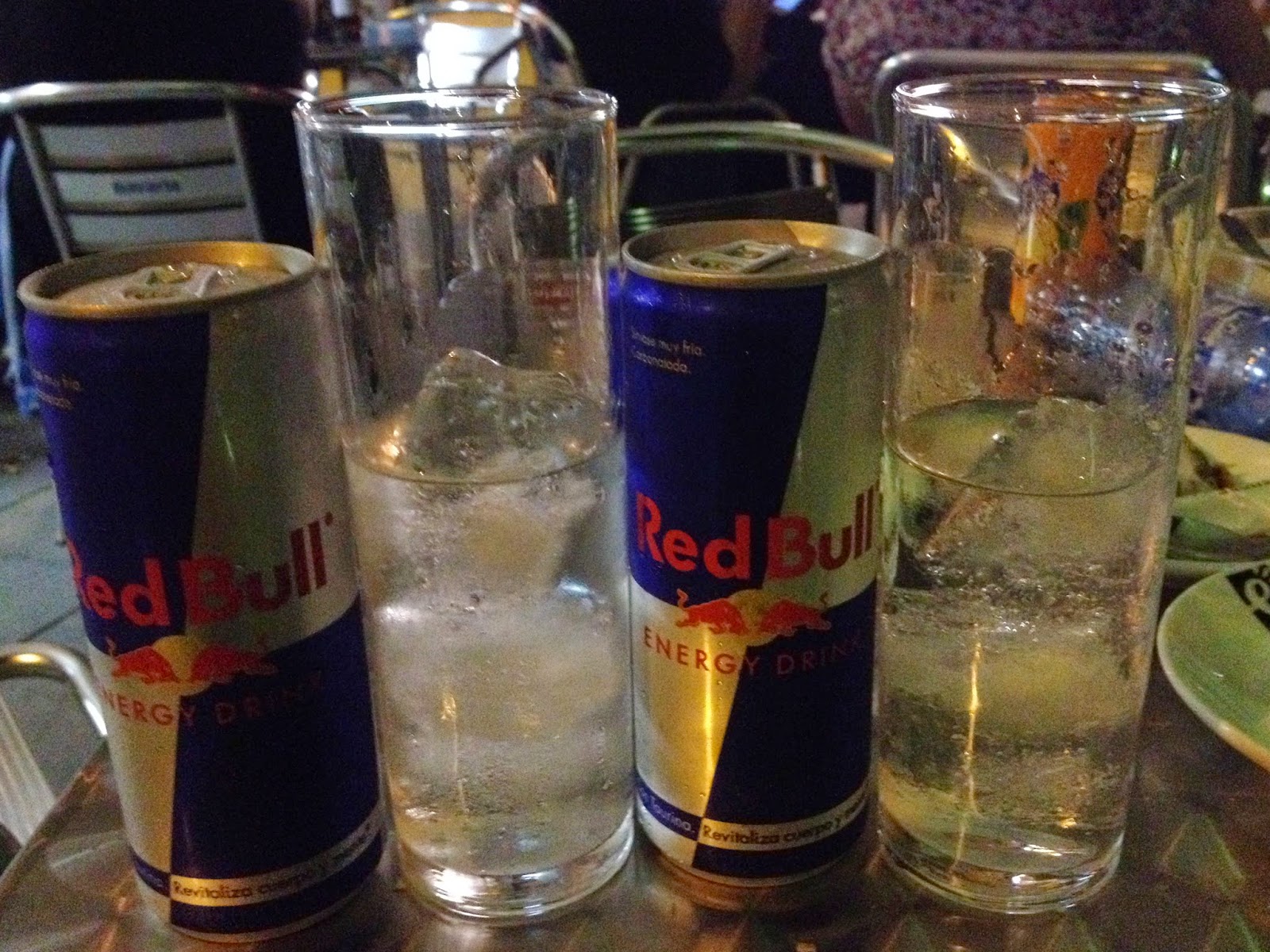 Filled with pizza and sangria we stopped at a bar for some much needed energy in the form of vodka and Redbull. If the person seving the vodka here had been serving the anchovies at Bon Lloc we would have been on to a winner! 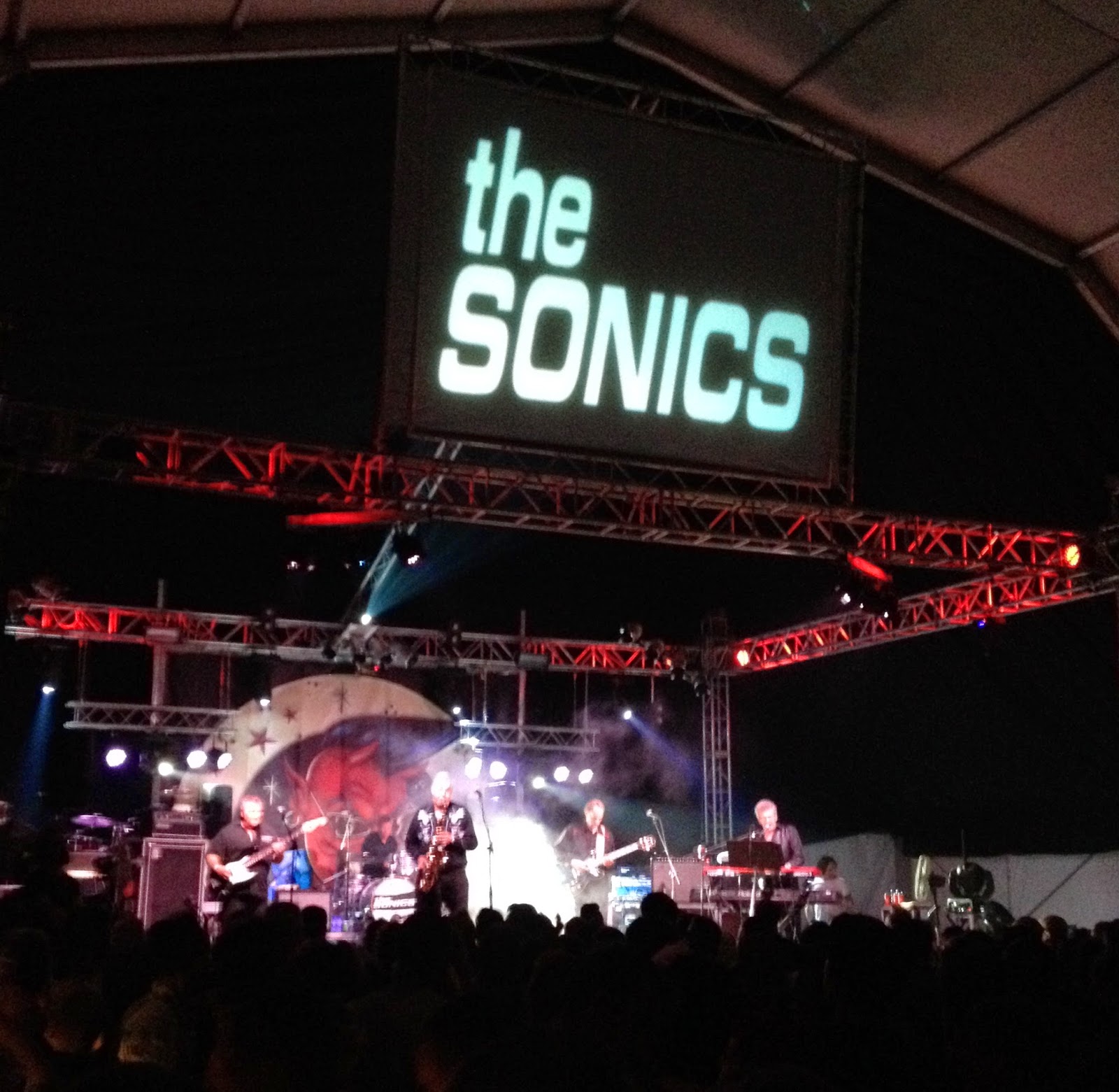 We arrived at the festival tent close to midnight only to discover the bands were all running late. We had very little energy tonight and the long wait for The Sonics to come on stage seemed to take forever.. American garage rock band The Sonics were great, I didn't realise just how many of their songs I recognised until they played! Feeling so tired whilst hearing such an energetic set was not a great combination though.. 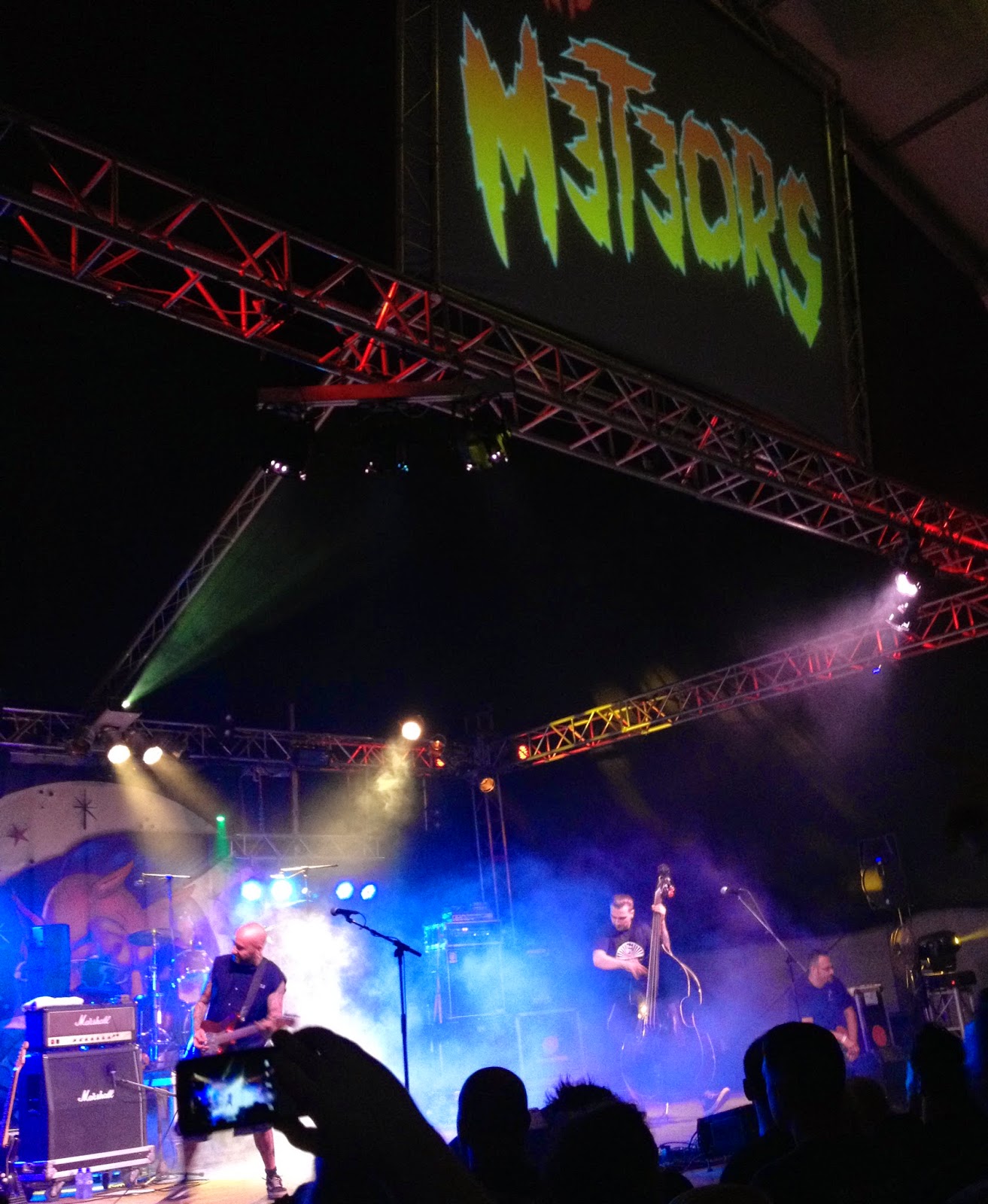 After The Sonics my wife headed back to the hotel feeling way too tired to stay up any later. The last band on were my favourite band The Meteors! As they came onto the stage close to 2am my tiredness lifted. 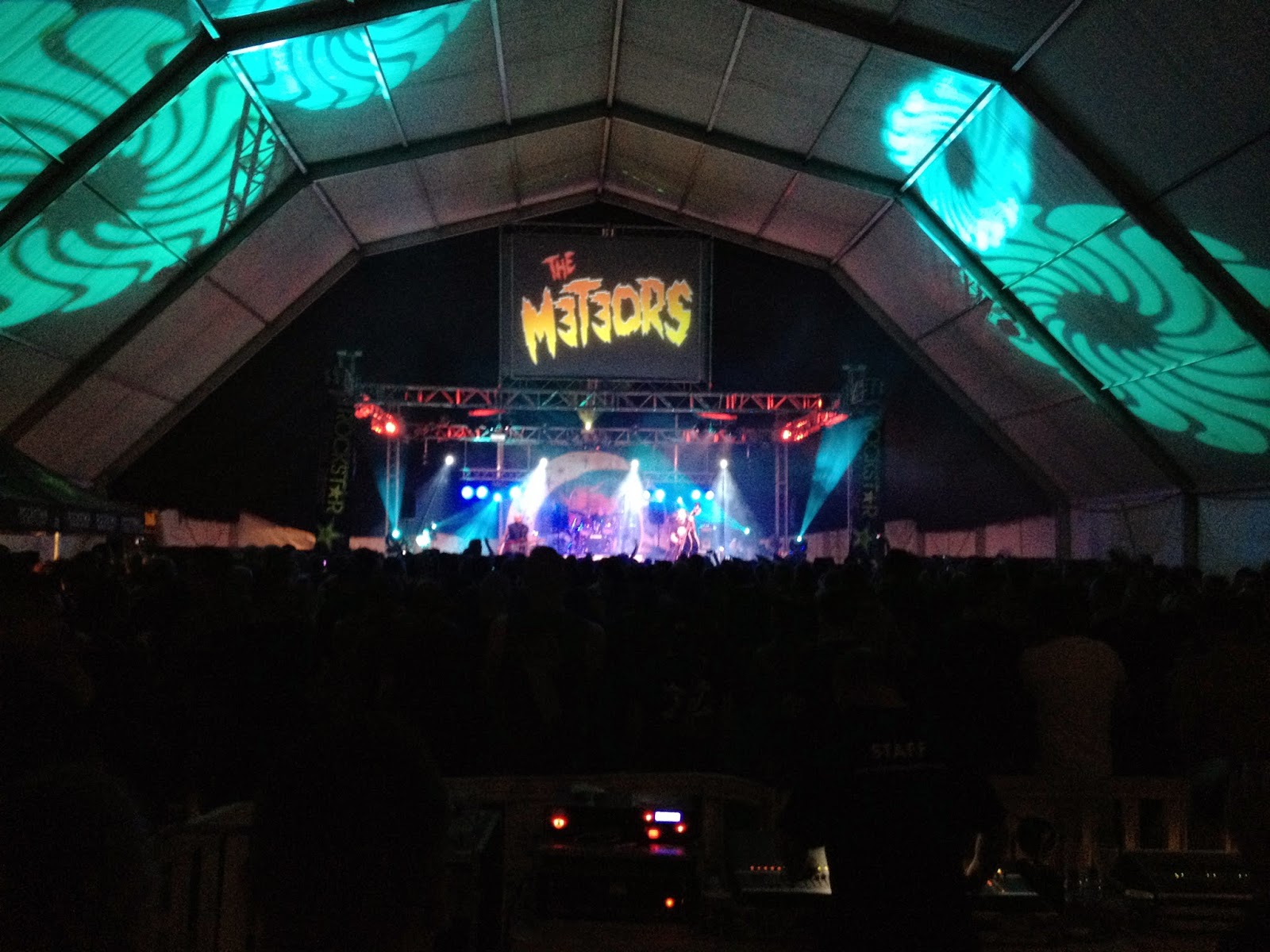 By the end of the set I started the long walk back to the hotel, three nights out in a row had well and truly caught up with me..

Day 5 - A visit to Blanes and dinner at Les Caves, click here.
Posted by Fry Up Inspector at 16:53