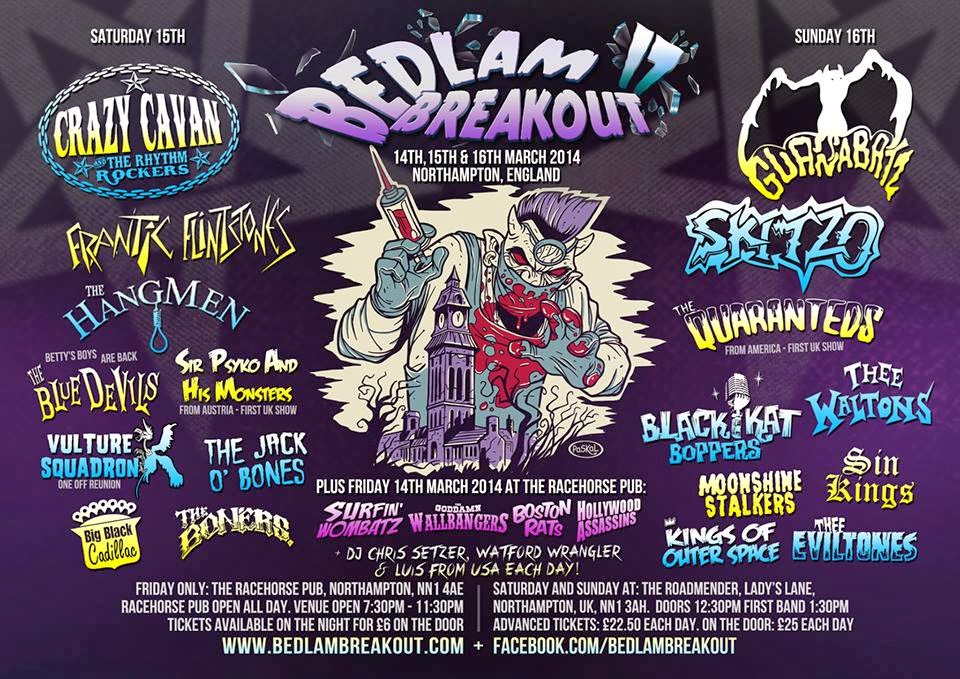 It was Bedlam Breakout time again! The perfect excuse to inspect another breakfast in Northampton. 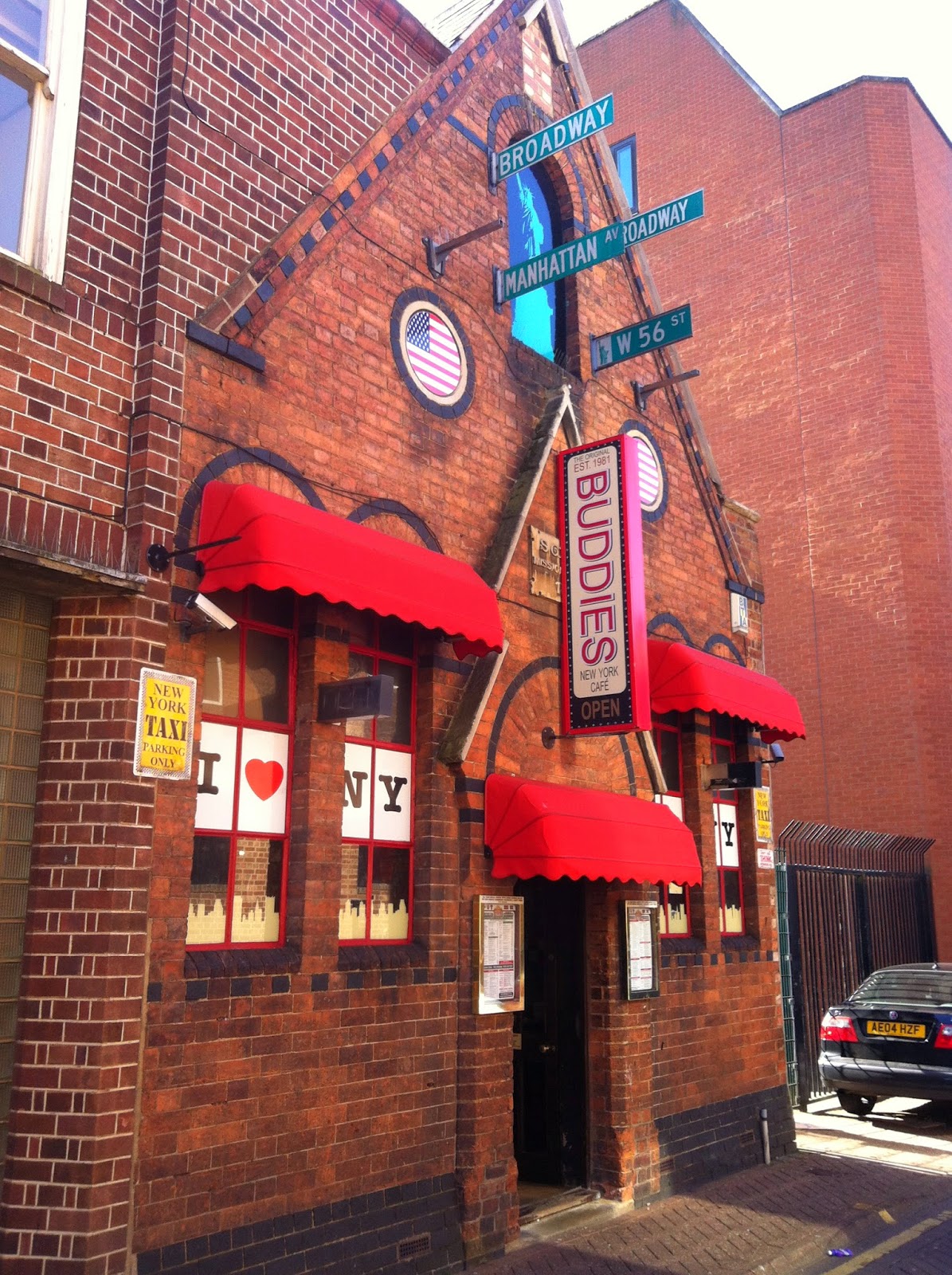 Buddies is located on Dychurch Lane inside the old mission school, there is plenty of signage so it is easy to spot. 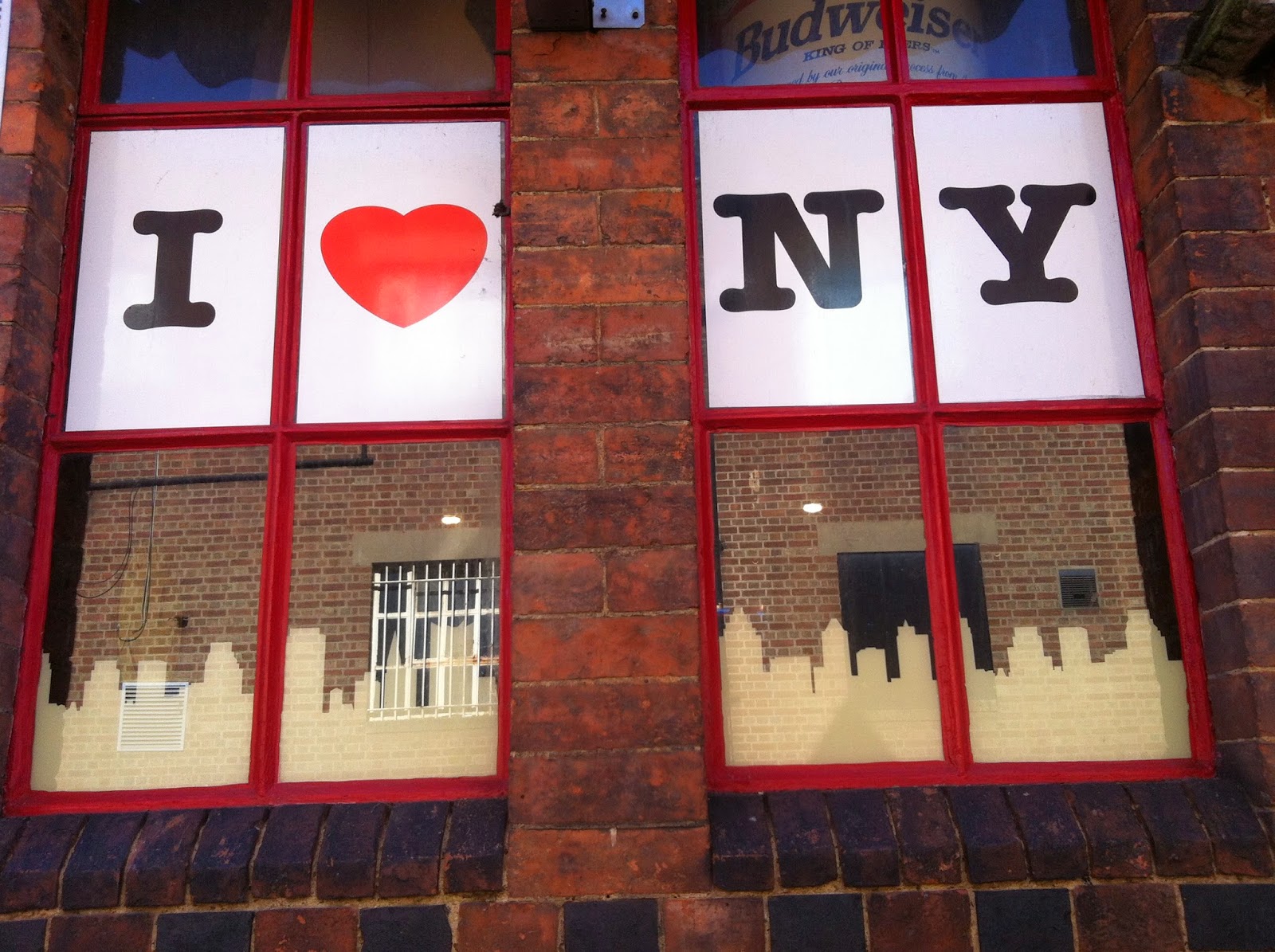 I love New York too, it is my favourite place I have ever visited. You can read about my 2013 New York food adventure here. 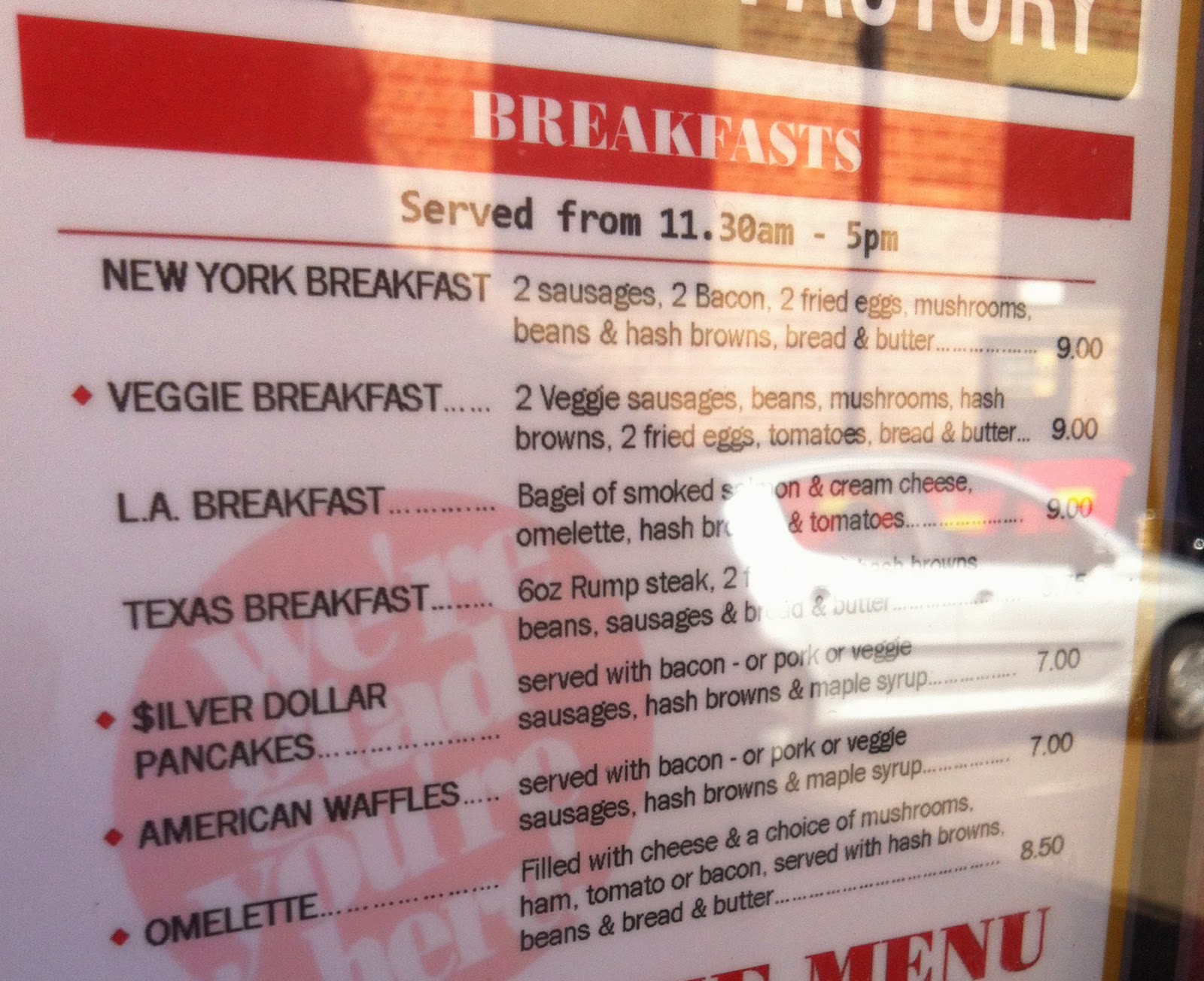 A selection of American themed breakfasts are on the menu, look at the menu closer here. 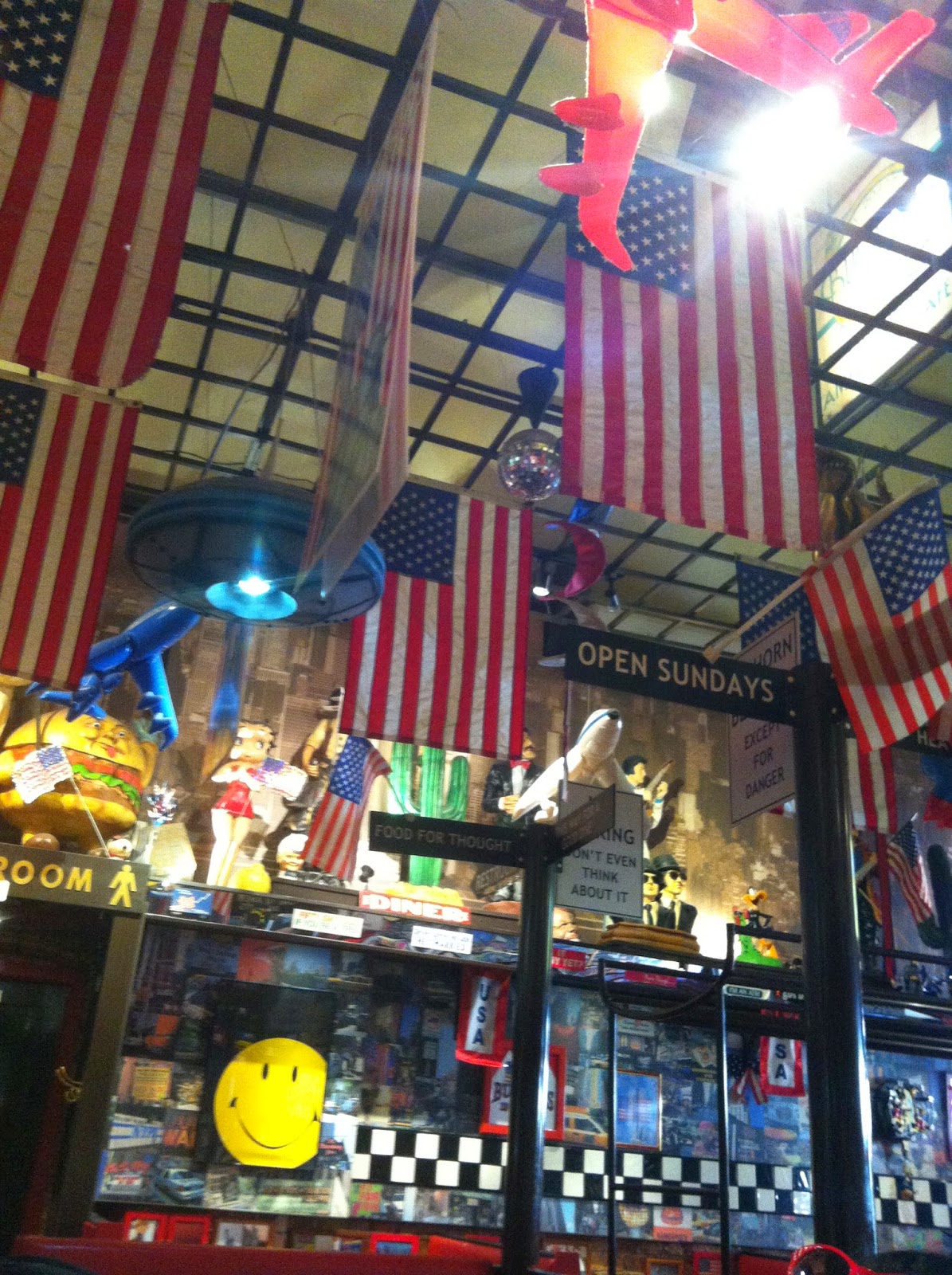 The walls and ceiling are covered with American stuff. 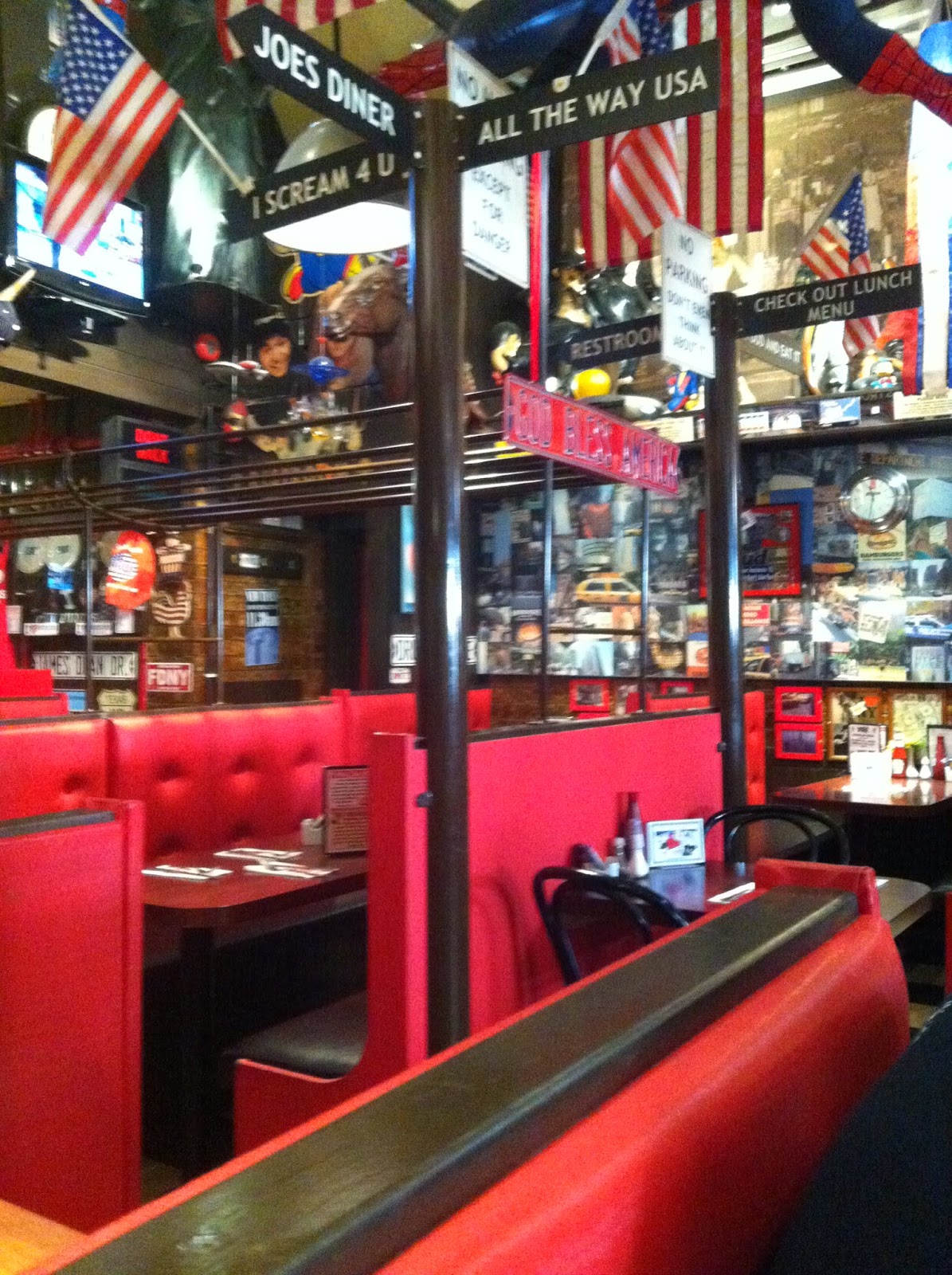 There are plenty of booths to sit at in different sizes. 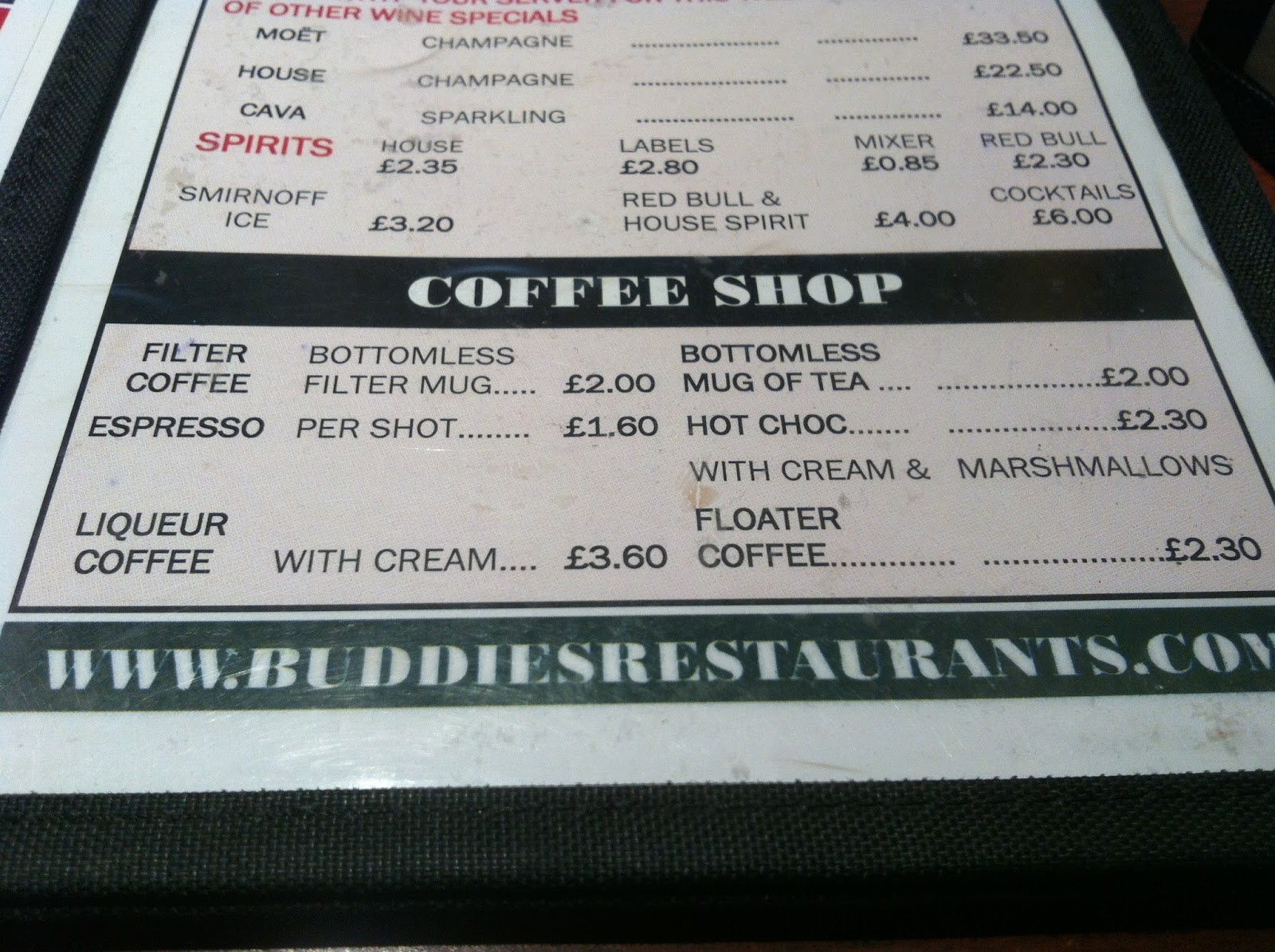 Bottomless tea and coffee is always great value for money. 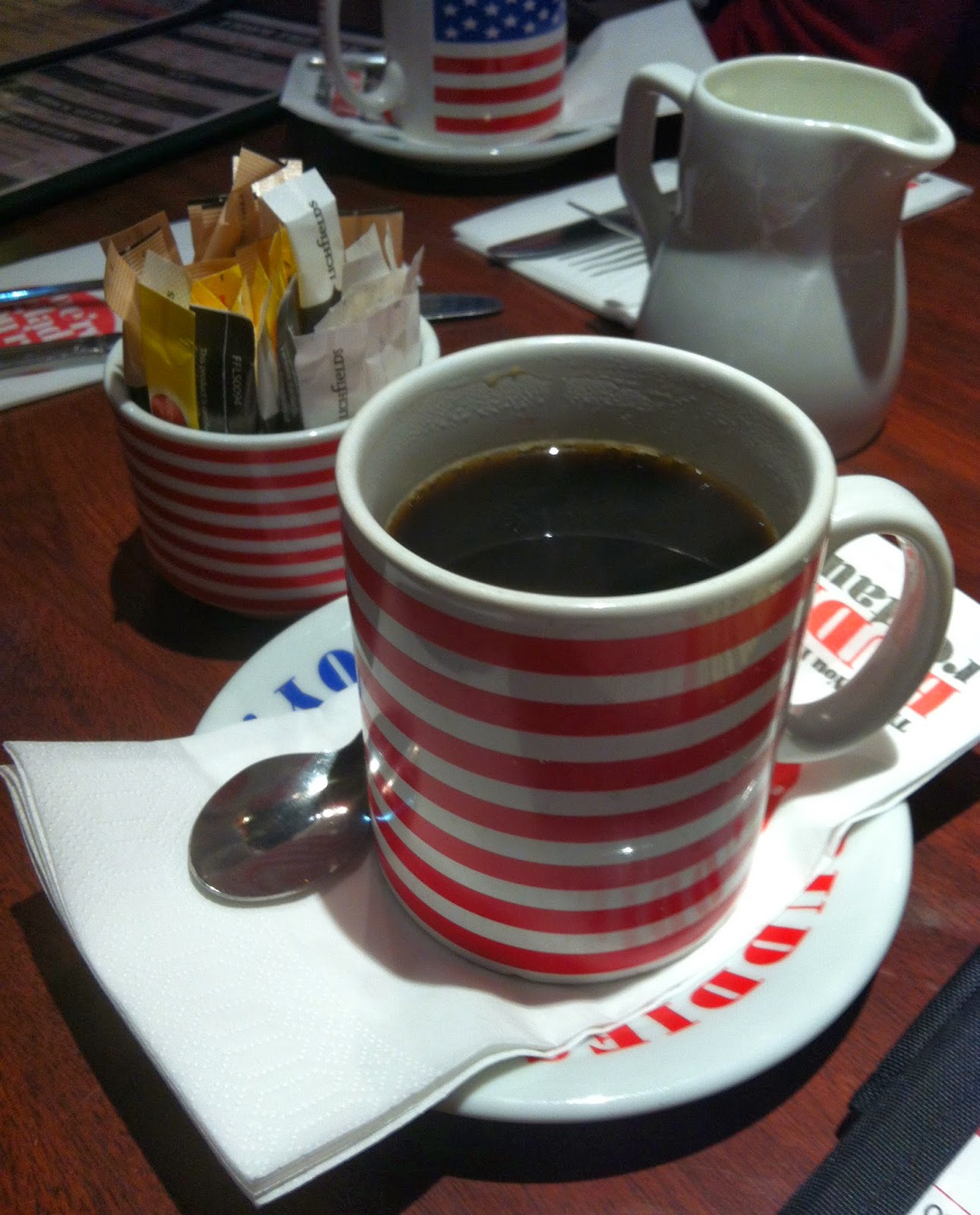 The filter coffee was good, the American theme continues onto the mugs and saucers which is a nice touch. 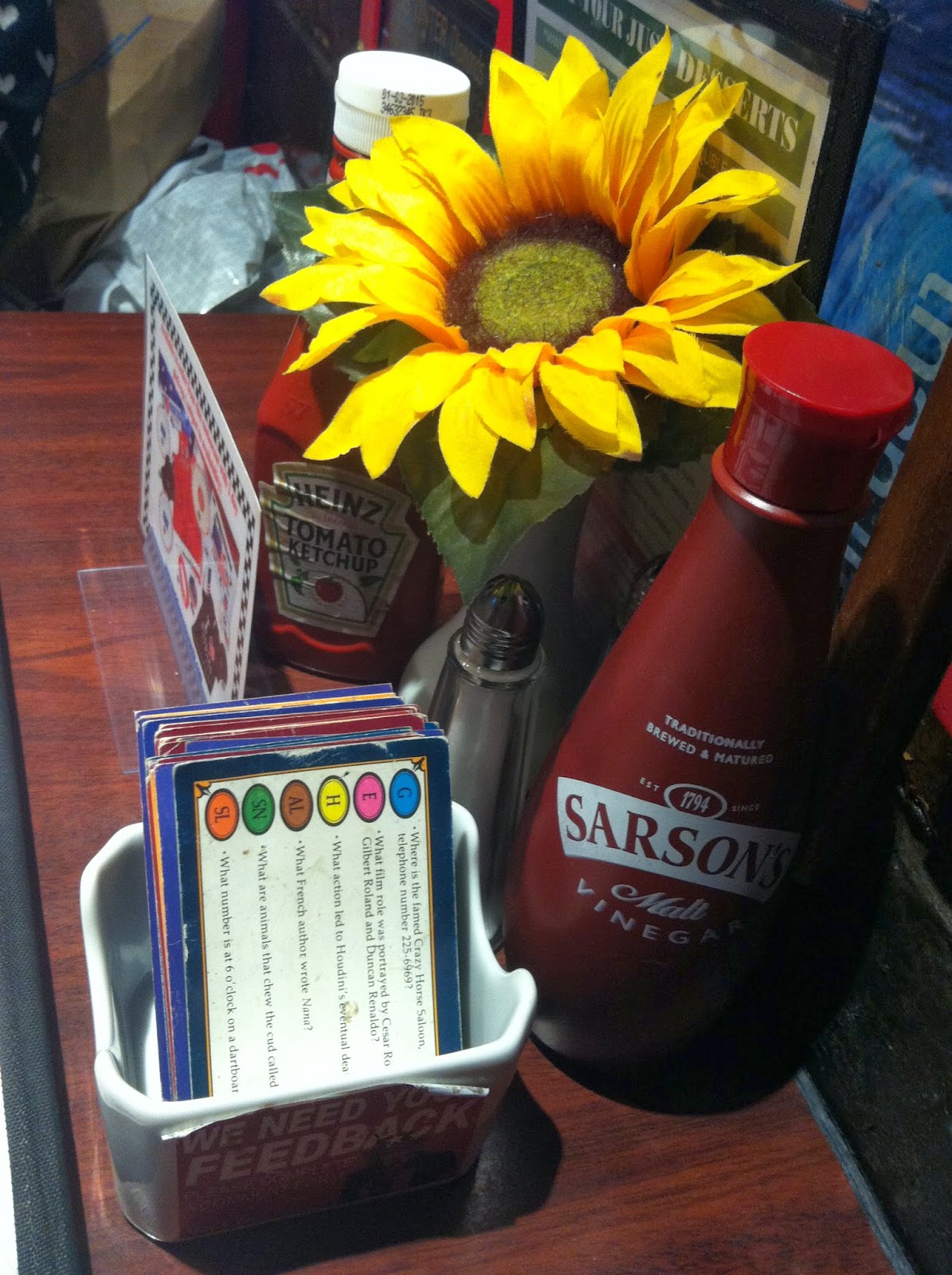 Trivial pursuit cards keep you entertained whilst you wait for your food to arrive. 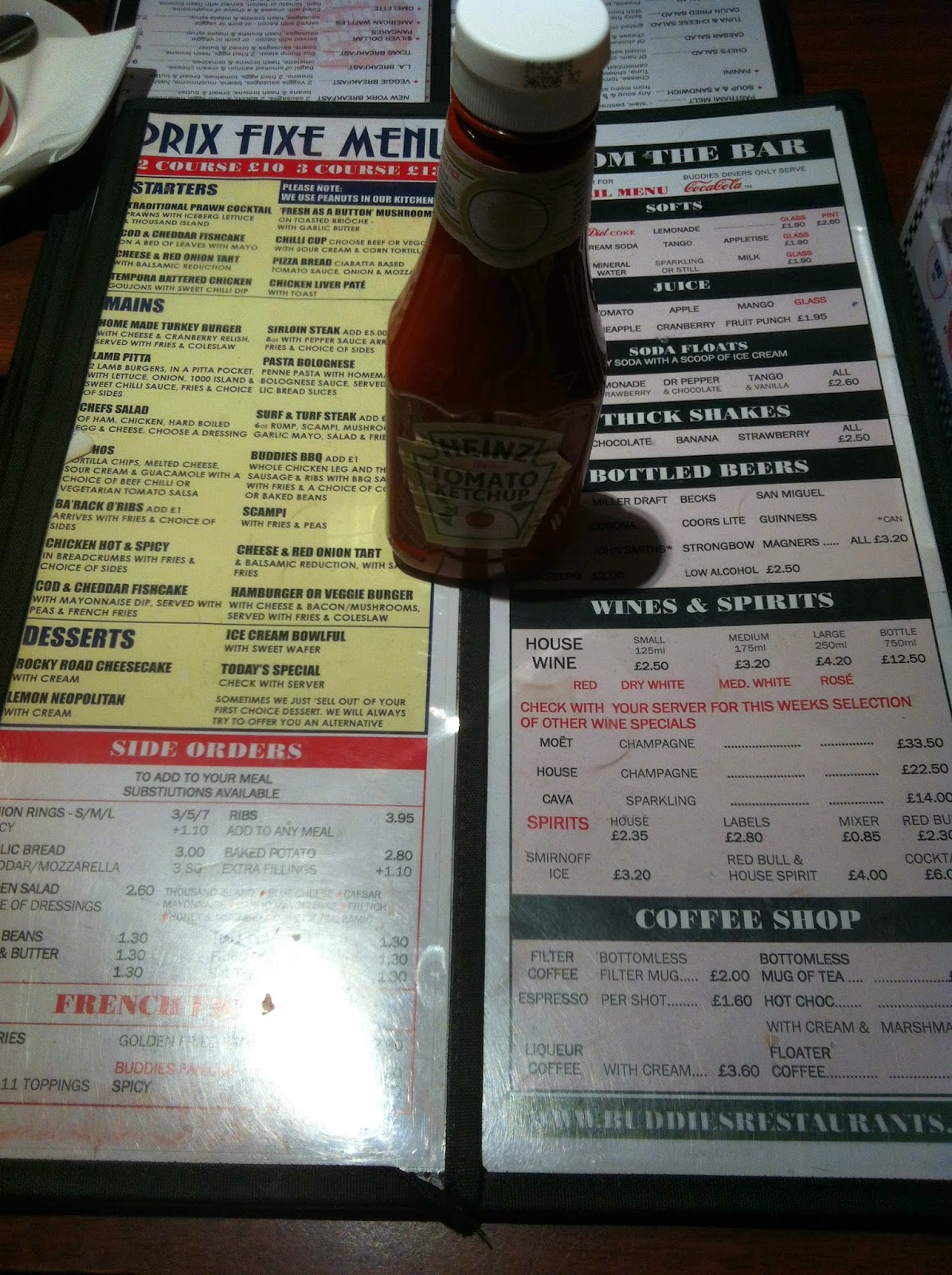 The menu's are huge and the ketchup is Heinz. 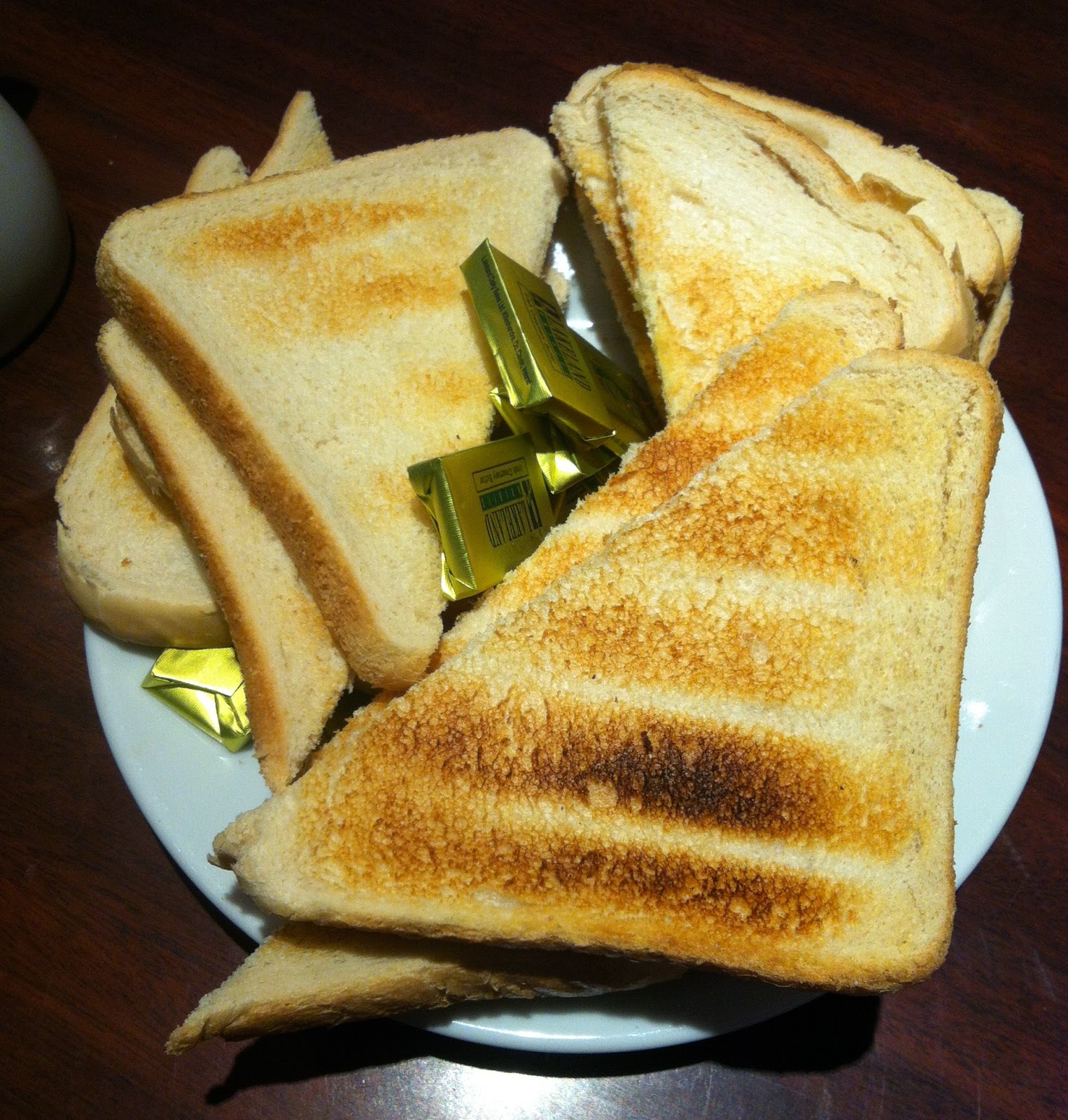 Everyones toast arrived together on one plate with plenty of butter. 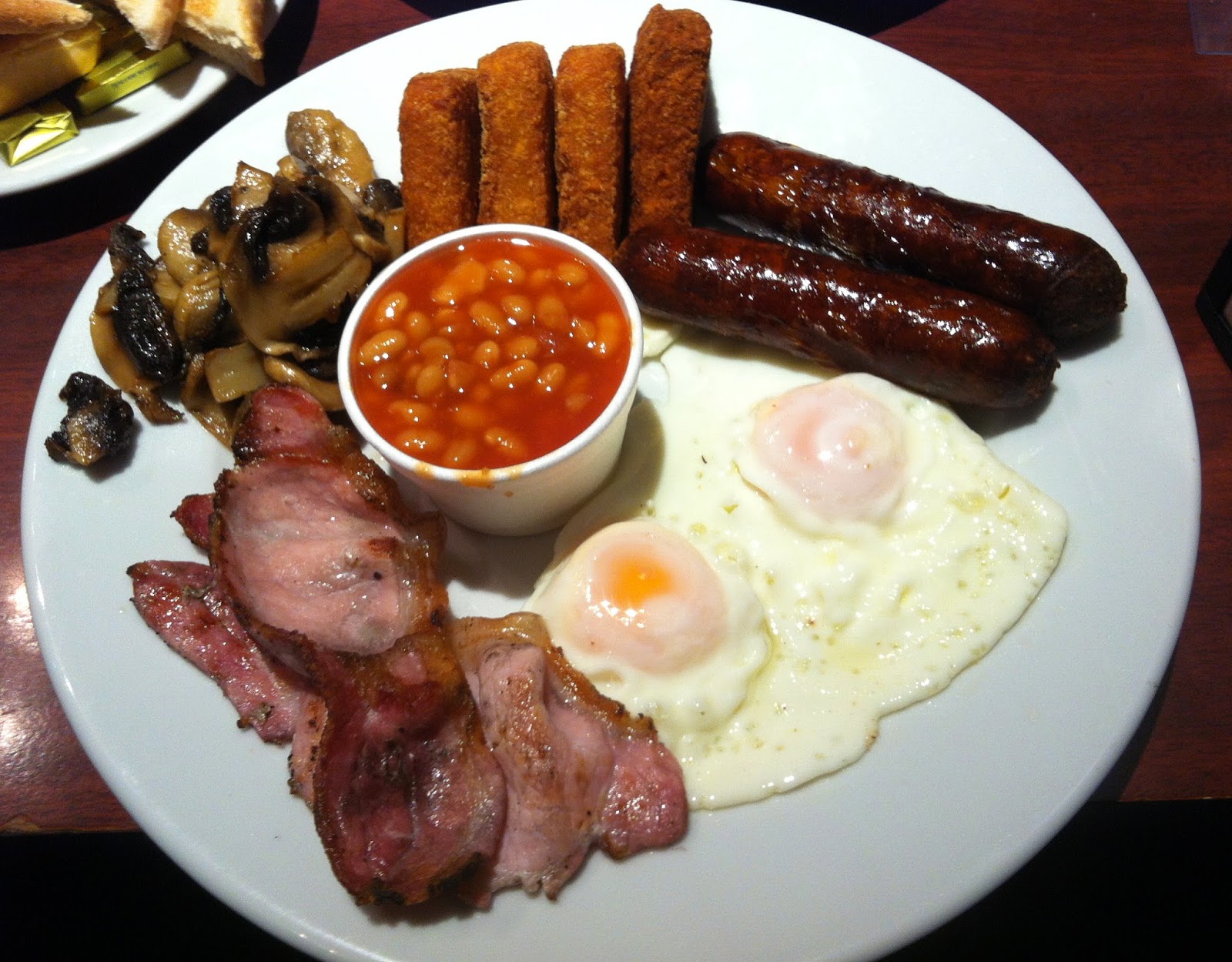 This was the New York breakfast which cost £9. 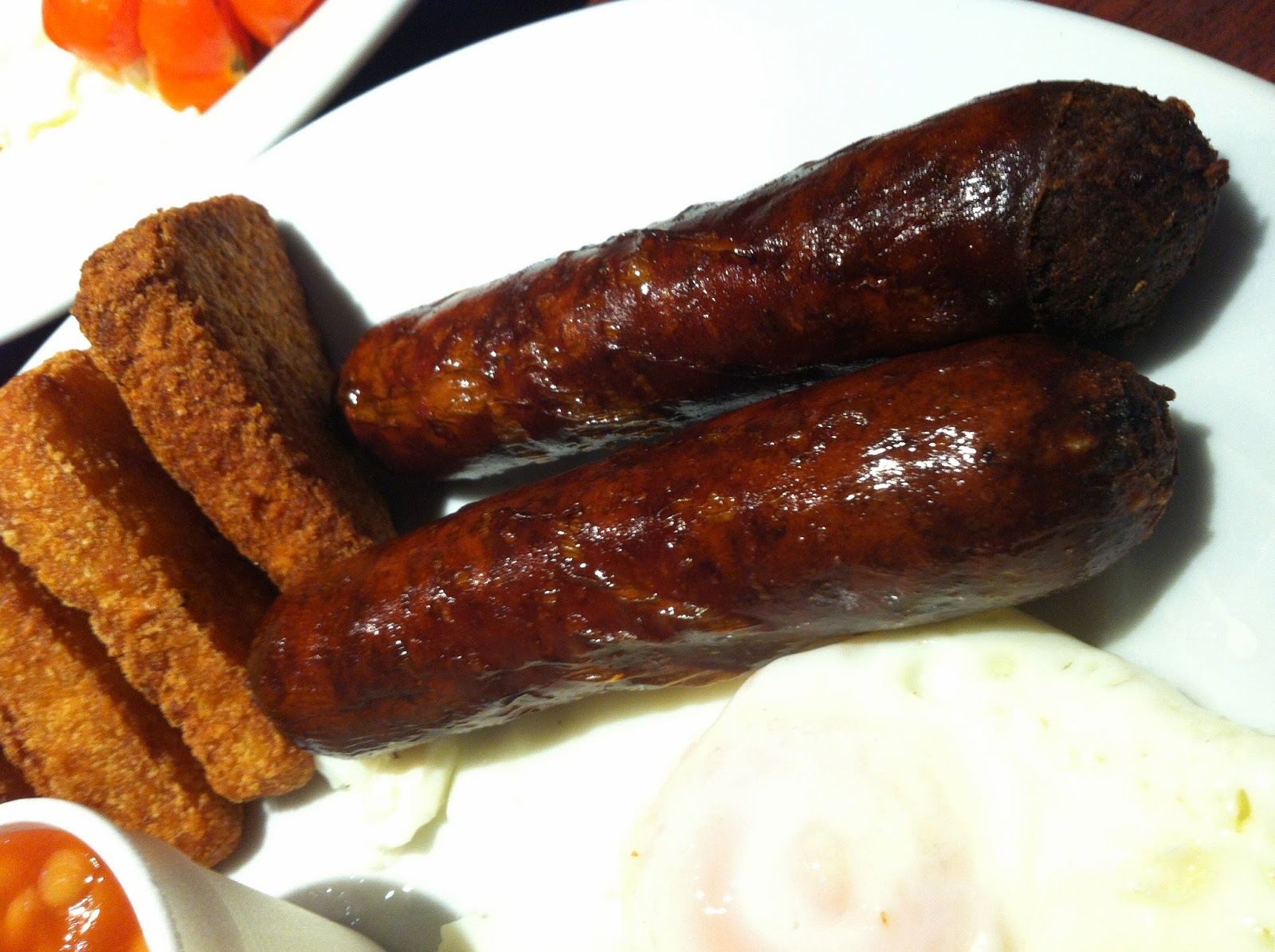 The sausages looked a bit overdone but tasted good. 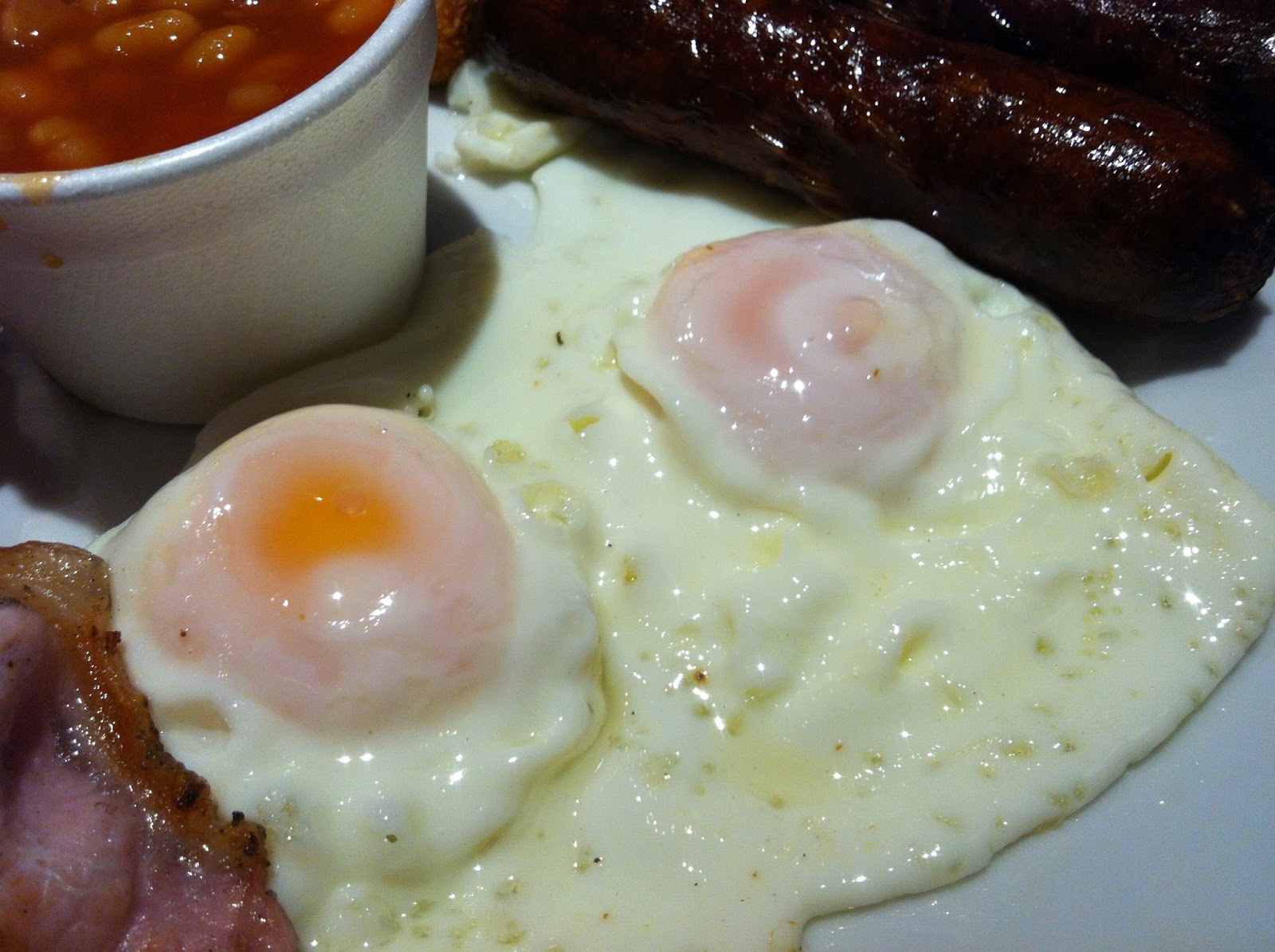 A nice pair of eggs with runny yolks. 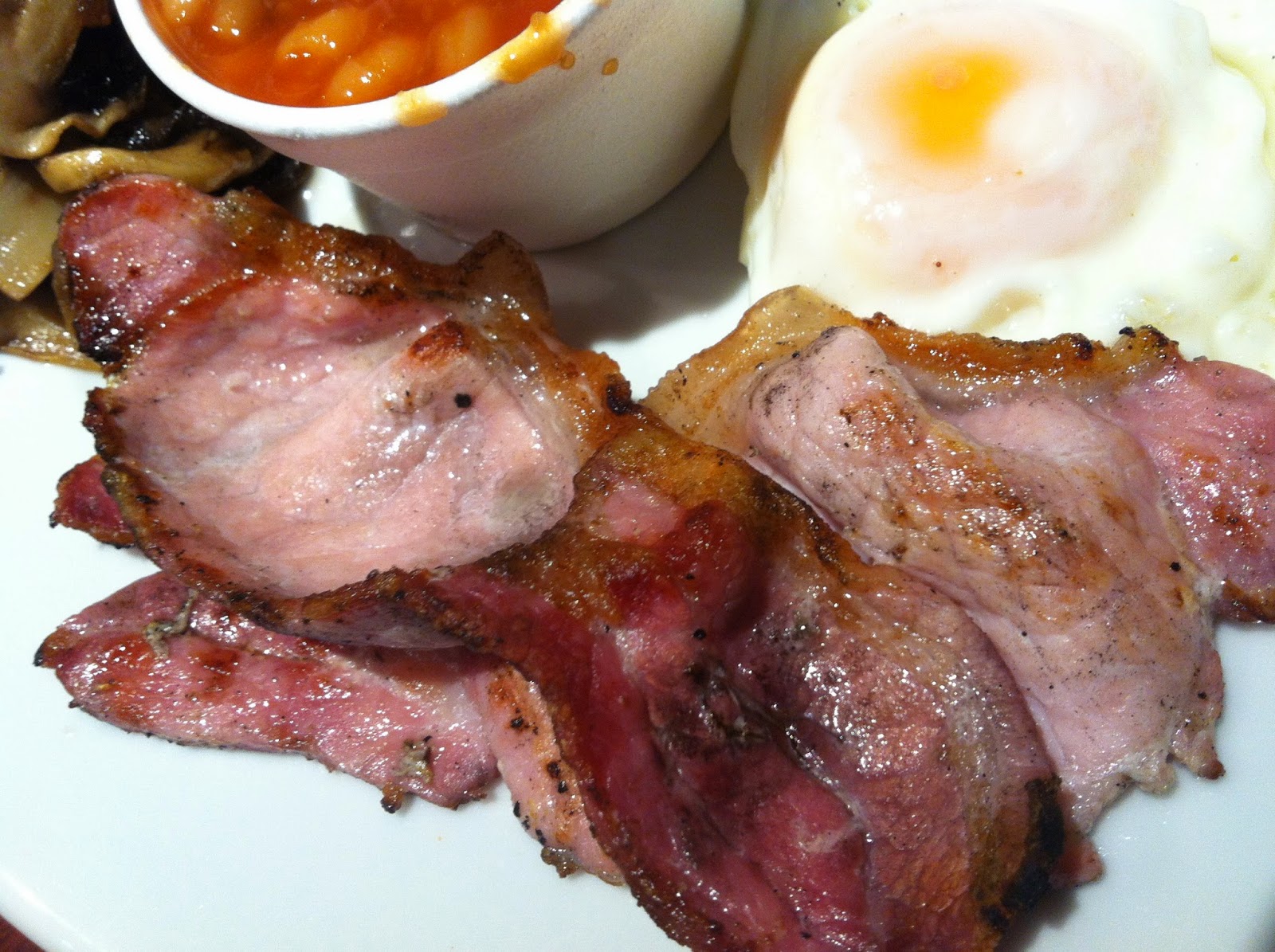 Not the most visually appealing bacon I have been served but it tasted ok. 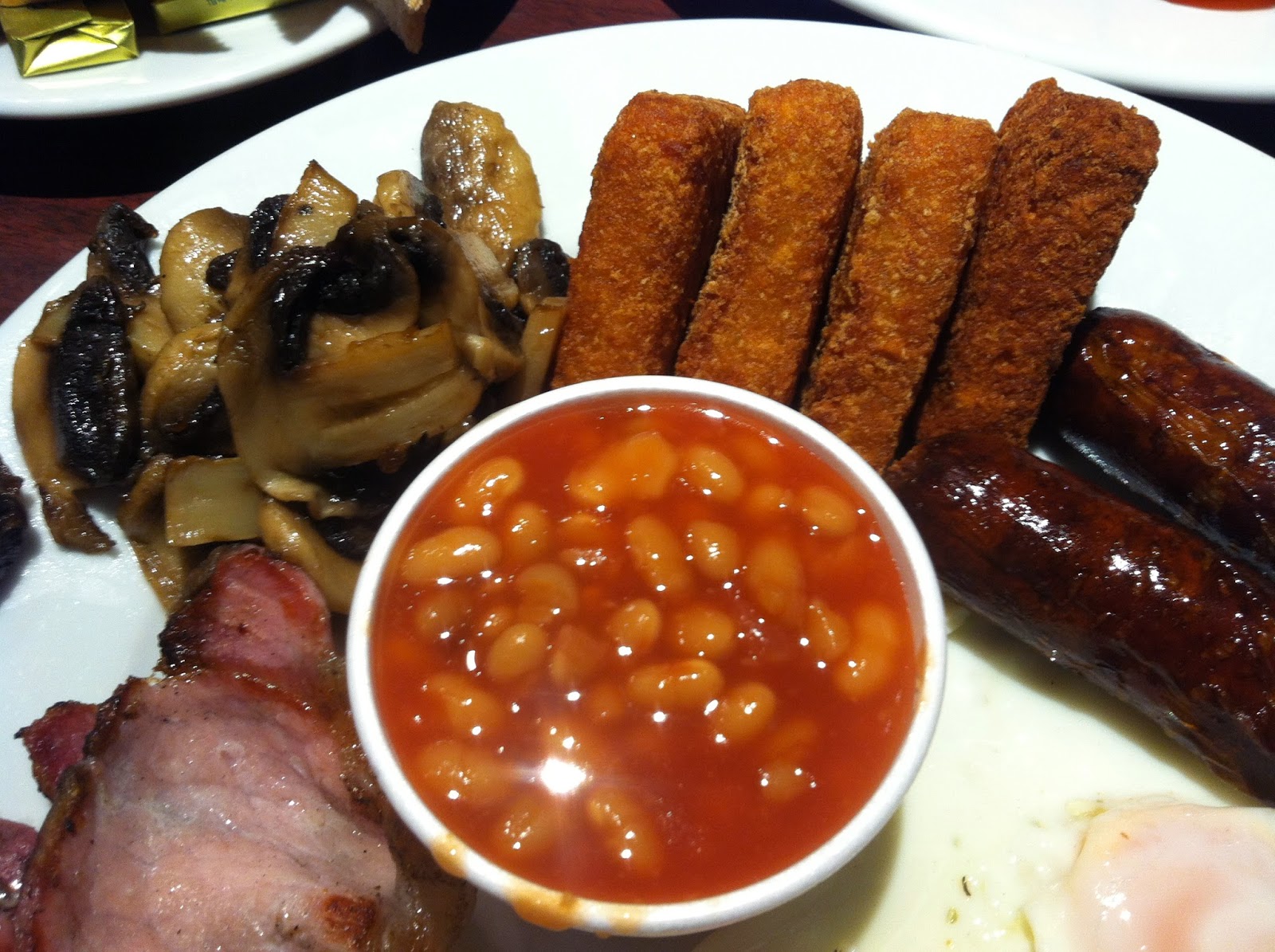 Its not often that four hash browns arrive on a breakfast. the mushrooms were very oily but tasted great. 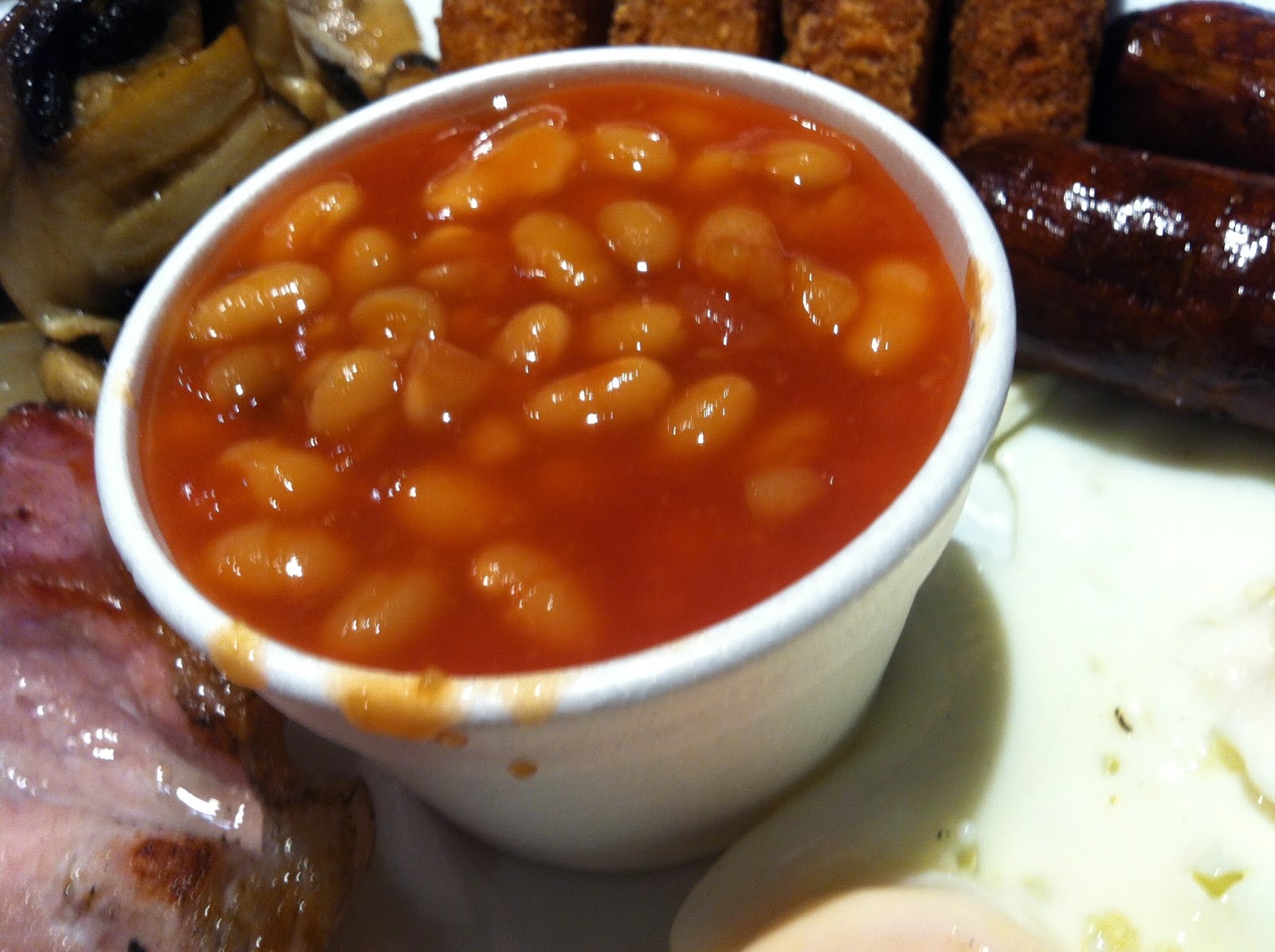 I was happy to see the beans served in a pot but surprised it was a disposable polystyrene one, it certainly did the trick but visually cheapened the appearance a bit. 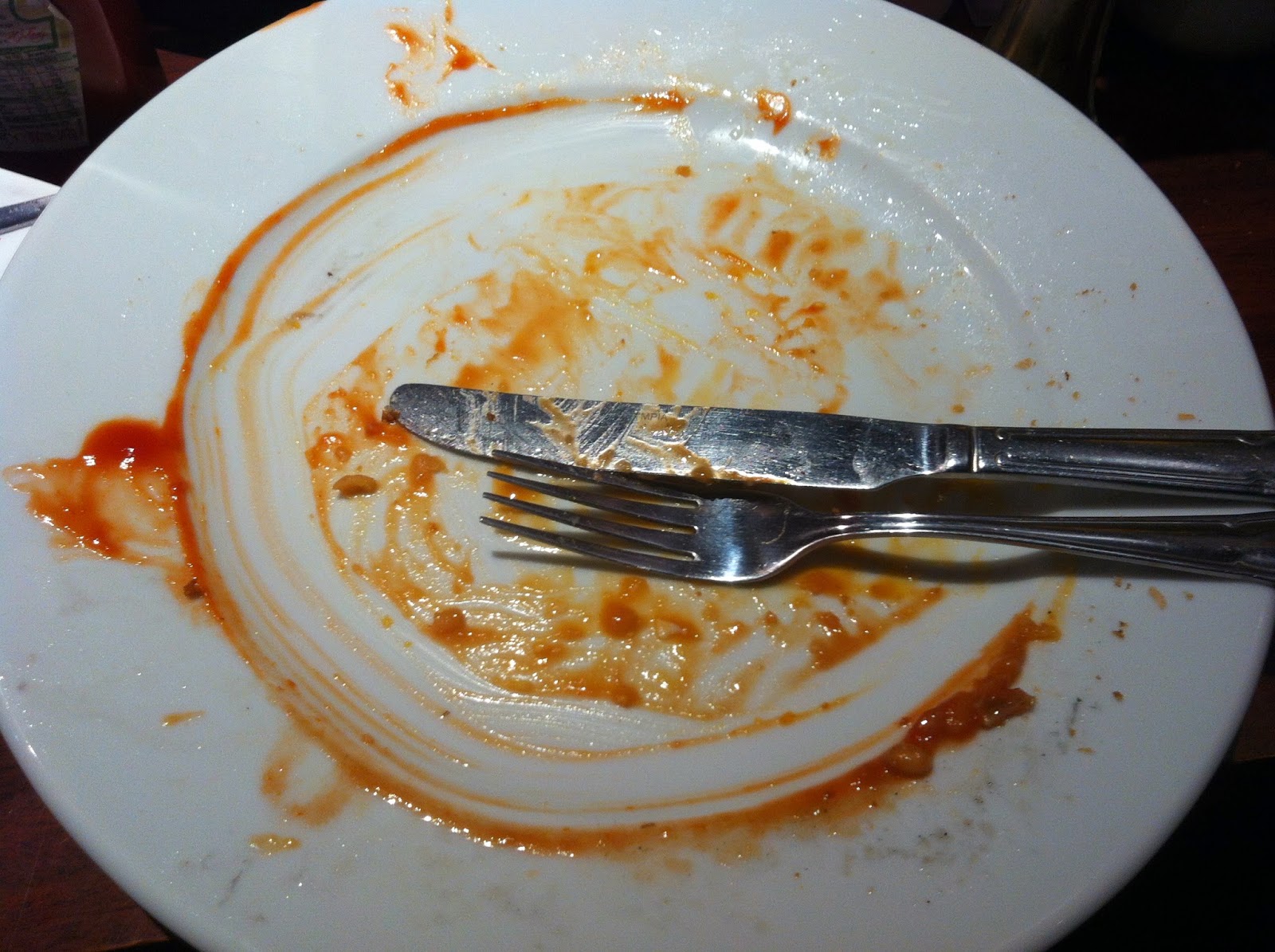 An enjoyable enough breakfast that kept me going all day. 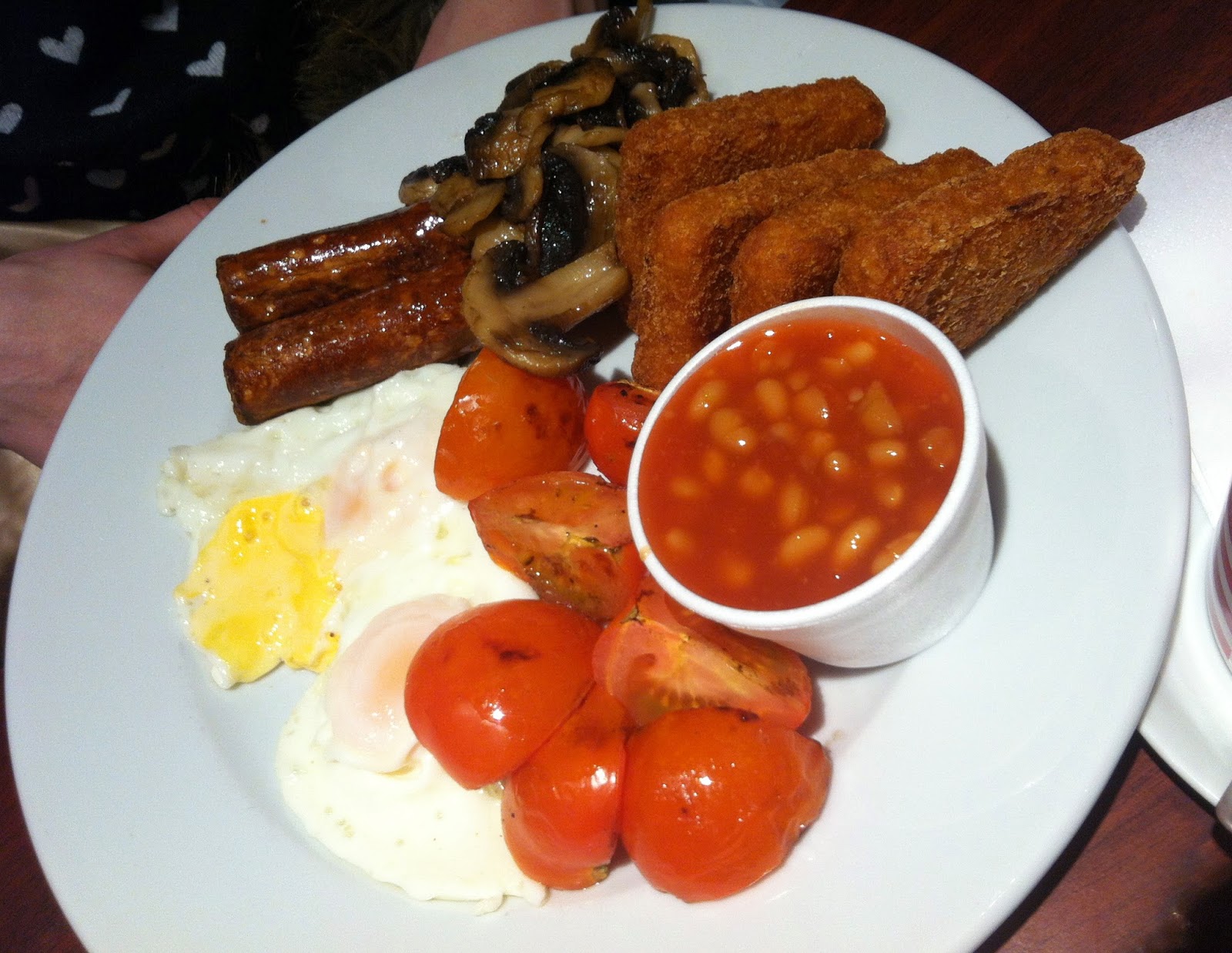 My wife went for the veggie breakfast which also cost £9, the veggie sausages were really nice and this one featured plenty of tomatoes. 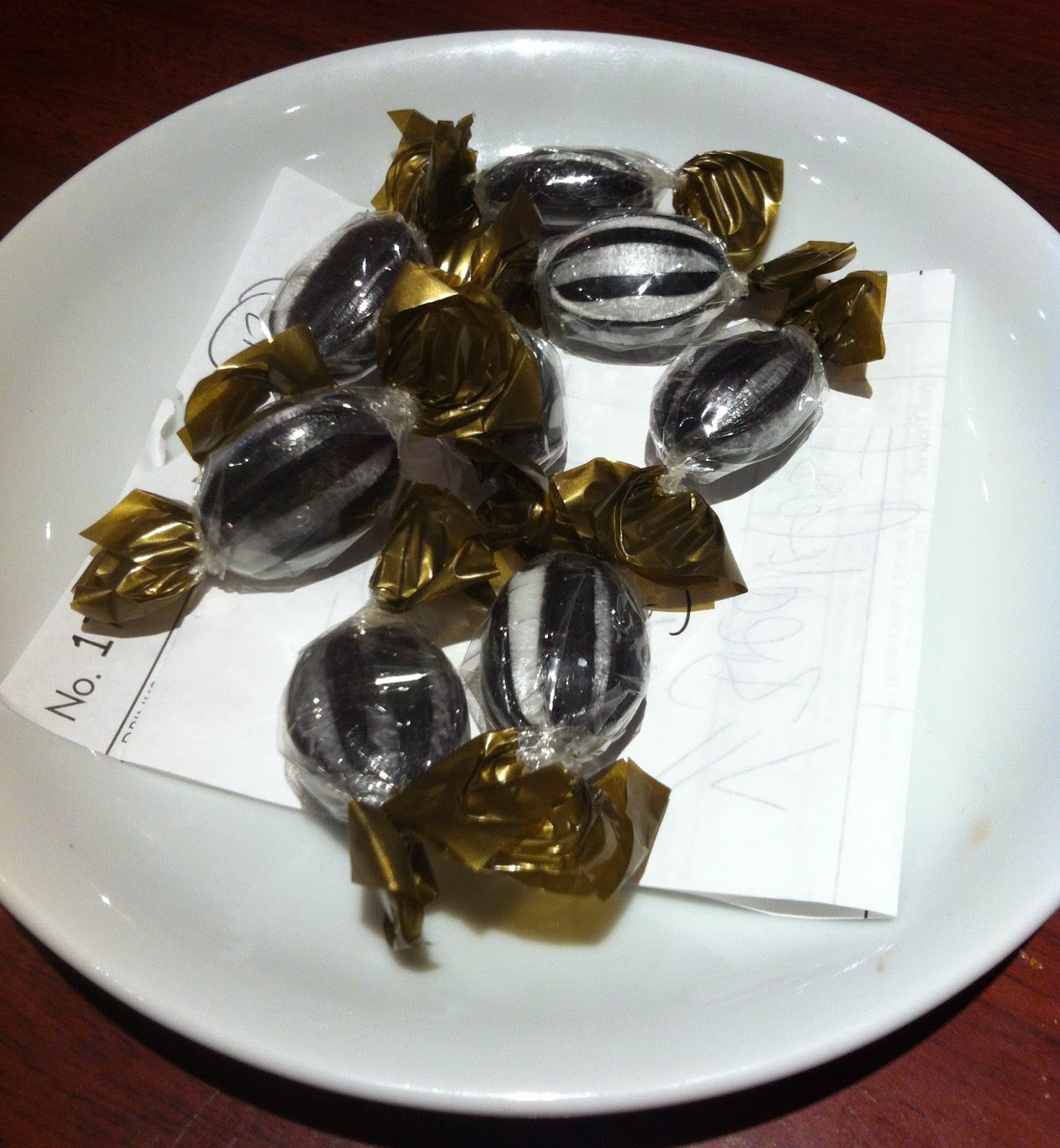 The bill arrived at the end with some mint humbugs, nice!


Last time I was in Northampton I ate breakfast at Jenny's Cafe, a decision which was not a particularly wise one! This time my wife and I were meeting our friends Mike and Michelle for breakfast and it looked like Buddies in the town centre was going to be a good option. I had previously visited Buddies USA in Rushden and enjoyed it (Read the review here) With Buddies in Northampton opening at 11.30 we would be eating breakfast a bit later today..

Upon entering - The amount of American memorabilia found inside is quite impressive with the walls and ceiling covered with flags, photos and signage. The seating is in the form of booths giving you a nice little space of your own whilst dining, each table has condiments nestled together and our table even had a stack of trivial pursuit cards. Cutlery and menus are brought over to the table, the menus are massive though and when everyone picks them up to look through the space in the booth suddenly feels quite compact, this is also the case when everything arrives at the table. Your order is taken at the table and everything is brought over when it is ready, drinks first and then the food. If you have ordered hot drink refills you will need to call the waitress over when you want a top up. At the end of the meal the bill arrives accompanied by some mint humbugs. It was certainly a nice environment to dine in and it had an impressive interior, I loved looking at some of the vintage New York photos displayed on the walls too. 8/10

Service - We were shown to a table when we arrived and menus were brought over to us. First our drinks order was taken, we all ordered coffee and tea refills, at no point did anyone come over to offer a refill but they were happy to do so when we asked. The toast arrived next and shortly after that the cooked breakfasts. Bread and butter comes with the breakfasts but they were happy to swap this for toast when we asked. The service was friendly enough and we were made to feel welcome. 7/10

Presentation - The sausages were looking a bit overdone and the bacon a bit patchy in places, everything had its place on the plate though and the eggs looked nicely cooked. The polystyrene pot used for the beans kept them nice and hot but cheapened the look of the breakfast slightly. 6/10

The food - The sausages may have appeared overcooked but they tasted great with a nice meaty texture and good flavour, certainly a decent enough breakfast sausage. The bacon was fairly standard and the eggs really nice with good runny yolks. The hash browns were cooked nicely with crisp edges and fluffy centre. The mushrooms were delicious but very oily, the beans were hot but the juice hadn't really thickened enough for my liking. The toast was evenly toasted and served with real butter. A breakfast that was enjoyable enough to eat but nothing on the plate really stood out as being particularly special. 7/10

Value for money - The New York breakfast cost £9 and came with toast, quite expensive but plenty of food for the money. A coffee with refills cost £2, the more you drink the better value you get. 6/10

Overall - A great little American Diner that is worth visiting, more so for the decor and vibe than the breakfast though. The breakfast is certainly nice but for the price not really that speciall. Also with it opening at 11.30am you will be fairly hungry when the doors finally open. The lunch menu looked like a good option though, 2 courses for £10, bargain! 7/10