Sergeant Sausage - Battle of the bangers 2013 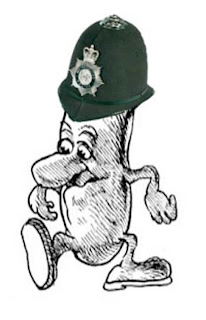 Norwich. Pork. On.  This annual celebration of local sausage offery has taken place at the Forum in Norwich for the last 7 years and neatly nestles as the toad in the battery hole of the Norfolk Food and Drink Festival.  It’s is all about the best in local produce and a fine city expects fine sausages. The line up this year was one of the strongest I can recall. These guys know how to brandish a banger. 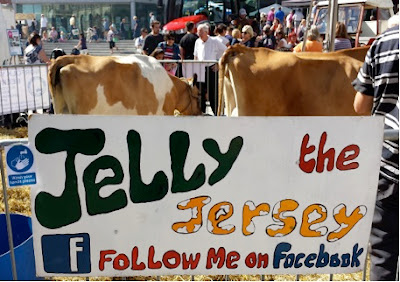 In perfect Autumn weather I proceeded to the Forum where decent farm produce was well represented.

I was drawn to the side of to the building where the sweet scent of sizzling sausage beckoned in the air. It probably smelled quite nice upstairs in the studios of Radio Norfolk. 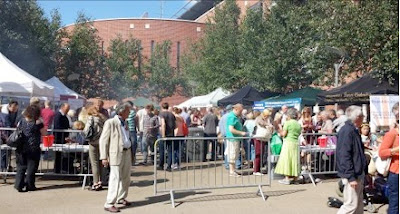 Always up for free sausage, the people of Norwich were out in force. It's something of a local delicacy. In no particular order I made my way around the busy stalls. 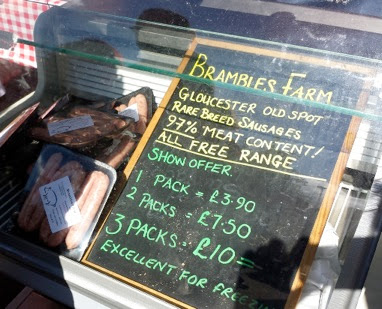 First up was Bramble Farm, the 2011 winners and a growing business as a result. 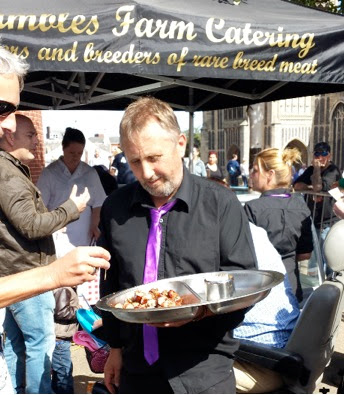 These cuts of shoulder and thigh, with a little loin for moistness are 97% pork. 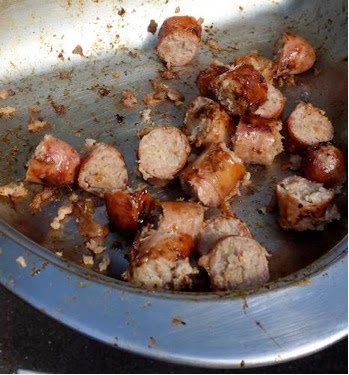 The natural casing holds this most mighty of meaty sausages together. 9/10 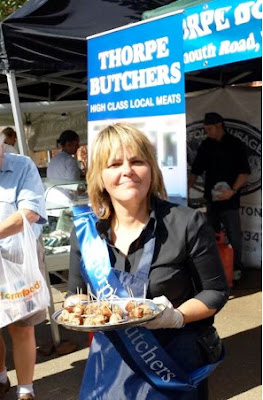 Next was Thorpe Butchers, it's in Thorpe St Andrew.

They've been making prize winning sausages for 29 years now and offer a traditional pork for the sausage compo. It was 90% meat mixed with 10% rusk, and the Yarmouth Road secret recipe 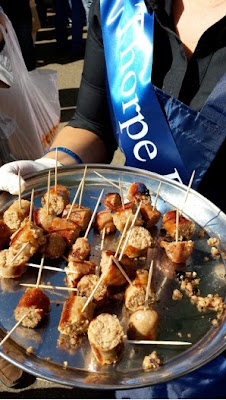 They had a lovely soft texture and would taste lovely with onion gravy. 8/10

In third place, from the end of the Yarmouth road came The Norfolk Sausage company with their Wherry Special.

80% pork and laced with seeds of wholegrain mustard that drove their distinct flavour through the meaty goodness. This crispy number represented the east coast in fine form. 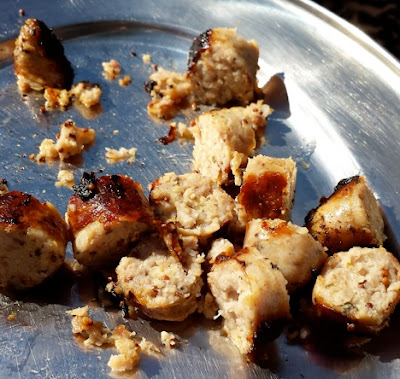 The secret ingedient is "Don't play with it!". Think I might take a holiday that way soon, try the Yarmouth fry. 8/10 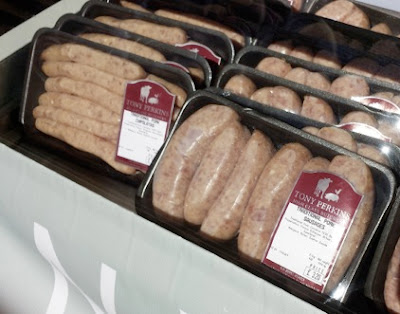 Tony Perkins was the following contestant. His 72% Country Pork Sausage was really succulent and had a nice blend of rusk and herbage. 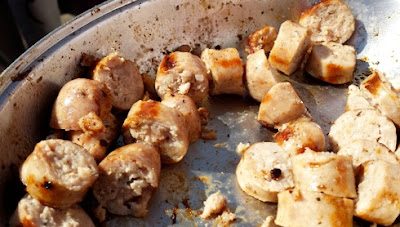 Nothing that was going to blow you away but powerful enough to leave a nice aftertone that permeated the porkiness. 9/10 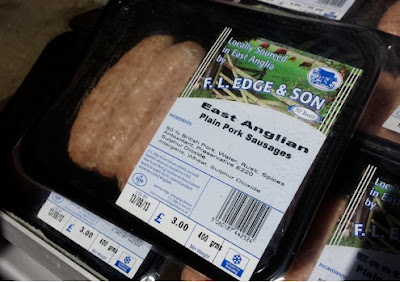 In the pork corner F.L. Edge was a bit overwhelmed with their popular sausage. 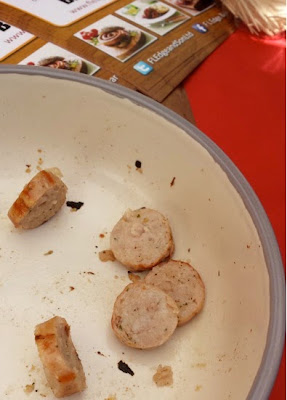 There only seemed to be a couple of guys manning the stand and no one available for comment, it was a good sausage. You can buy them in supermarkets. 8/10 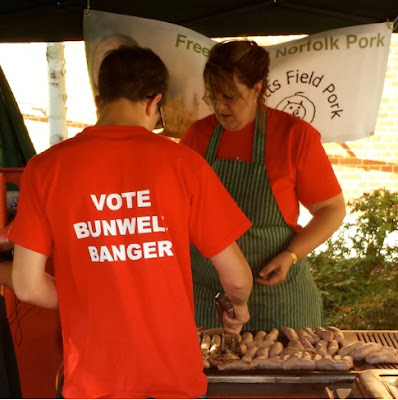 Occupying the endzone was newcomer Paddocks Butchery making their debut with the Bunwell Banger.

This Scotts Field pork beauty has its own twitter account! Raised at Oxburgh Hall in Norfolk, the tweety chappy was moist and juicy coming in at 84% pure pork. 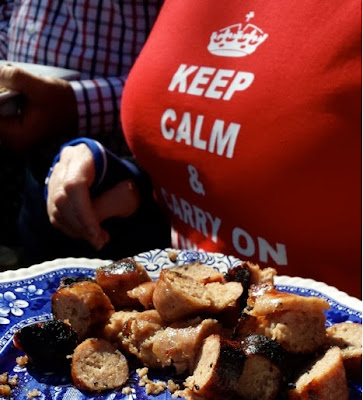 The marbles of fat oozed with flavour and spiced with Nutmeg they had a lovely aftertaste.
I went back several times. 9.5/10 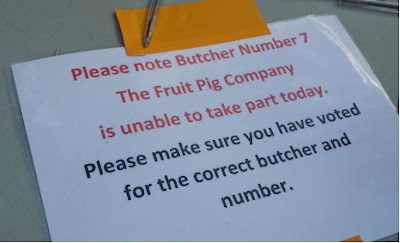 A late withdrawal from defending champions The Fruit Pig Company 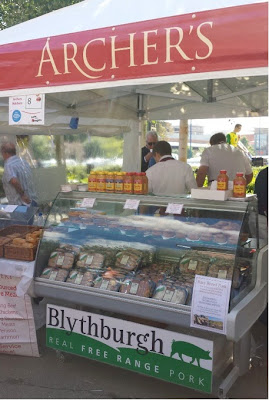 Number 8. Archers. Adorned with awards their bold stand sports this great brand, it’s no secret that they are the well deserved four time winners with their red-hot sausage.

Always popular for the Friday morning butty run in the office, these guys really tuck the pig in the blanket. Using free range Pork farmed in Blythburgh and a solid 85% mixed with the finest rusk and finest spice in natural skins these prize winning bangers are superb. 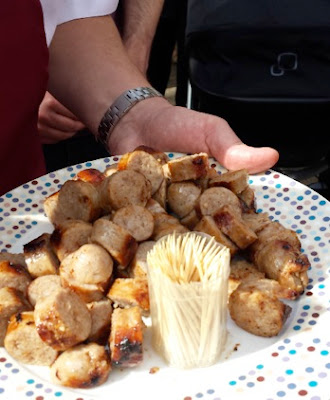 One of the well presented butchers explained the Archers secret "The key is to complement the flavours. It's all about simple food, there is nothing over complicated in this sausage" 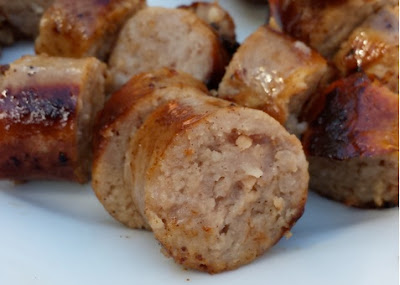 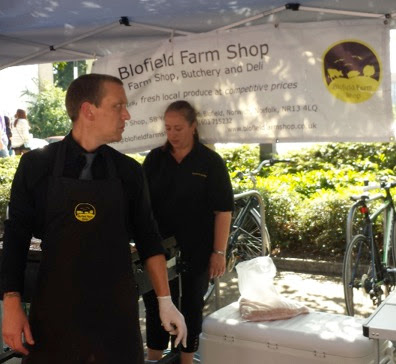 The ninth hole was the home of Blofield Farm, I grew up round here and its all green fields, blue skies, and the occasional driving range. The sausage didn't dissapoint either. 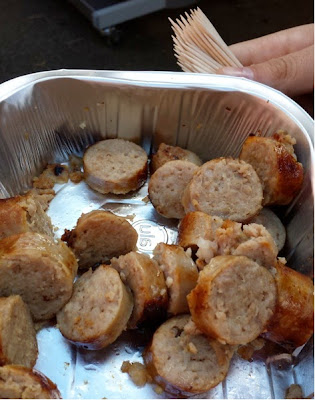 Made to a traditional recipe of 80% lean pork and 20% fat makes for a really juicy offering that's flavoured with a blend of nutmeg, mace, pepper and rusk. The lovely liquids in this crowd pleaser tasted great. A real contender for me.
9.5/10 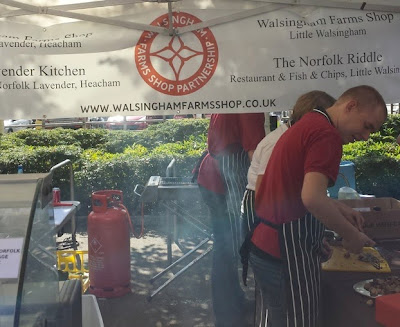 Completing the top ten was Walsingham Farm with a gentle and nicely flavoured 80-90% Durox pork. 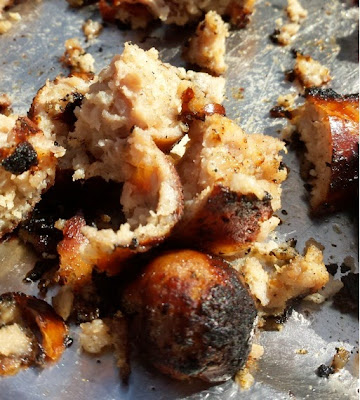 Made on site and to a secret recipe. I asked, but they didn't want to talk about it. It’s a secret. 8/10 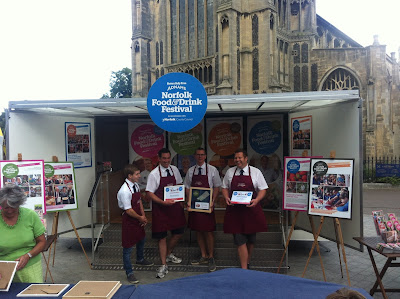 Congratulations Archers on winning both the public vote and judges choice.