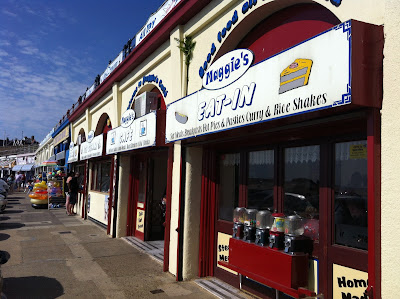 Maggies is located on Lower Esplanade in Gorleston and has good parking and a great seaview. 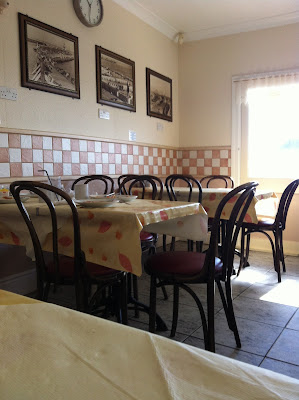 This is how it looks inside. 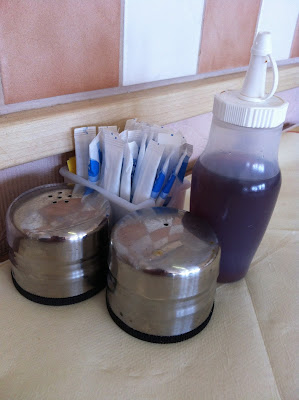 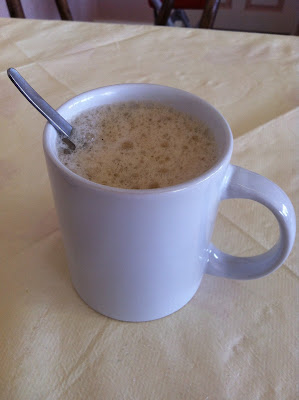 The coffee came with the breakfast and was quite nice. 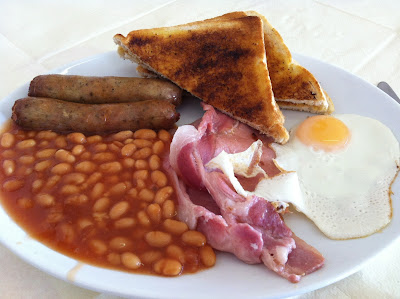 For £4 I wasn't expecting much but the feeling of disappointment soon set in.. 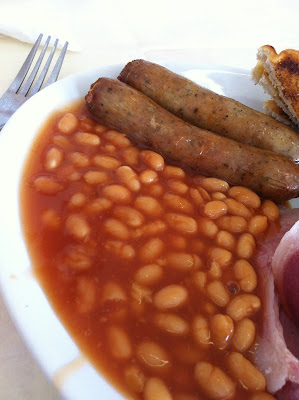 On the left side of the plate a pair of jumbo economy sausages starred at me from across a sea of beans. 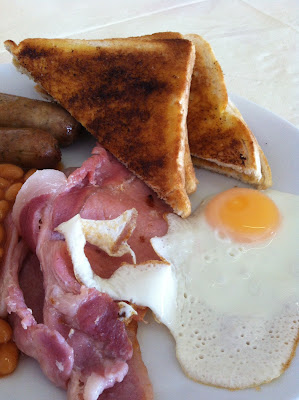 On the other side of the plate I was greeted by undercooked bacon, overcooked toast and a great fried nice egg.

I was in Gorleston for the day so decided to get there early for breakfast. A few places had been recommended to me but lack of time and parking spaces led me to Lower Esplanade where I finally found somewhere to park. With just 30 minutes to spare I headed to the first place I came across selling a cooked breakfast which was Maggies, there were some empty tables so I headed inside..

Upon entering - It was clean, bright and spacious inside with a selection of old seaside photos hanging on the wall. To the left was a small counter where you placed your order, I spent quite a long time wondering what was available as I couldn't see a menu anywhere. Eventually I spotted a few A4 menu's stuck to the wall with very small print on, a menu on each table would have been nice. Each table had sugar, vinegar and salt and pepper but only one bottle of ketchup could be seen going from table to table. Once your order is placed at the counter and you have paid your drink, cutlery and food are bought to your table when they are ready. The environment was quite nice but the menu and ketchup situation was confusing and frustrating. 5/10

Service - I placed my order at the counter but the person taking the order didn't seem that friendly. She wrote my order on her notepad asking if I wanted tomatoes or beans and tea or coffee. I handed my money over and waited for some time for her to take it from me as she was having problems flipping over the next page of her notepad, eventually she managed it and my money was taken. The drink arrived first shortly followed the food and cutlery. 5/10

Presentation - The placement of the items seemed fine but the undercooked/overcooked appearance of some of the items was immediately apparent. 4/10

The food - A jumbo pair of quite chewy economy sausages (Cumberland maybe?) that were looking a tad pink in the middle. The bacon was cooked but only just and the toast was the opposite, just seconds away from being burnt. The beans were not quite hot enough and the egg was great with a nice runny yolk. Not a particularly enjoyable breakfast but I finished it for review purposes. 4/10

Value for money - £4 seemed a bargain considering it came with toast and a drink. I didn't particularly enjoy it though so would sooner have gone elsewhere and spent more money on a better quality breakfast. 5/10

Overall - If you are easily pleased and looking for a budget breakfast served all day with toast and drink included then this place is for you. For me though I felt let down by the cheap ingredients, bland food, lack of proper menus, poor breakfast choice and single bottle of ketchup. 4.5/10
Posted by Fry Up Inspector at 19:26