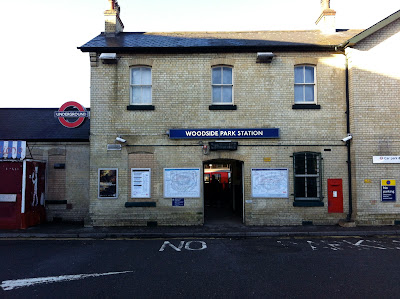 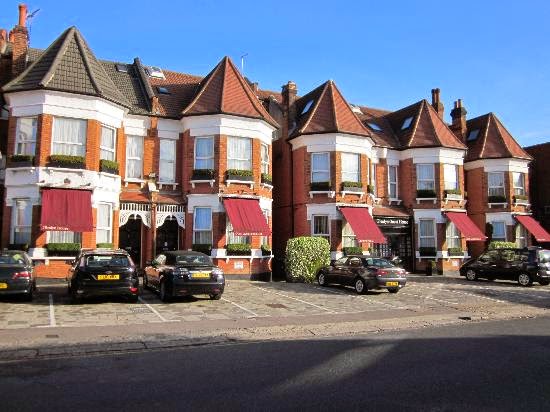 The hotel is just 7 minutes walk from the station. 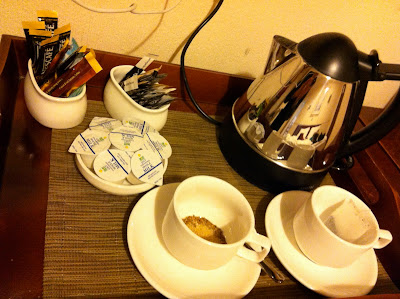 There was a fairly good drinks tray in the room but sadly no biscuits.. 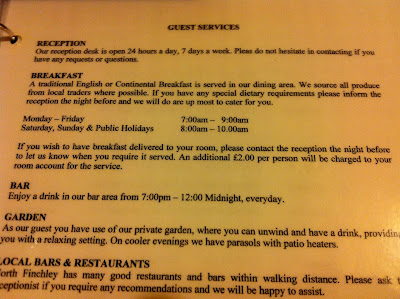 For £2 you could have your breakfast delivered to your room. I was not tempted though as I was keen to investigate the breakfast room. 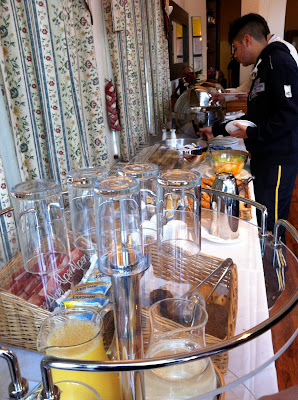 I am not a big fan of buffet style breakfasts but here it seemed to work really well and sitting down to hot food was easily done. 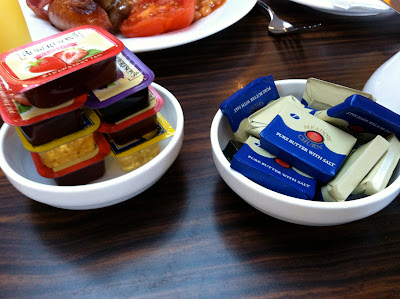 Neatly stacked jams and plenty of butter could be found on each table. 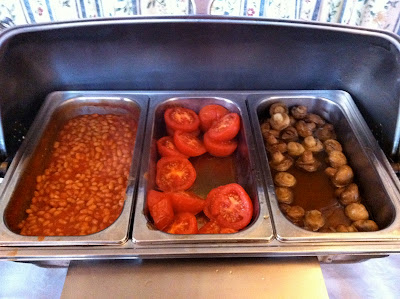 Everything in here was piping hot and the tomatoes were packed full of flavour. 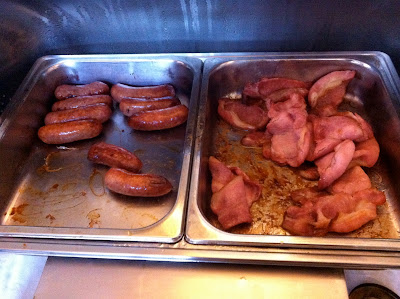 Good quality bacon and sausages could be found here. 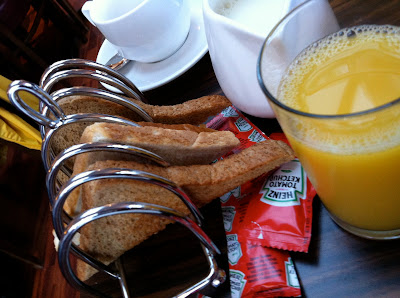 The waitress bought the toast to the table for you. 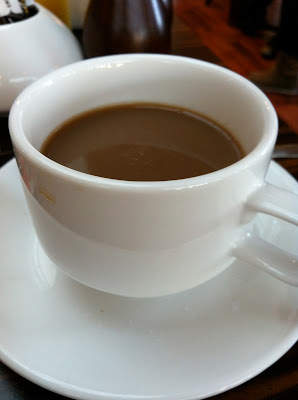 Everything was great except for the coffee being warm. I asked for more but it arrived warm too. 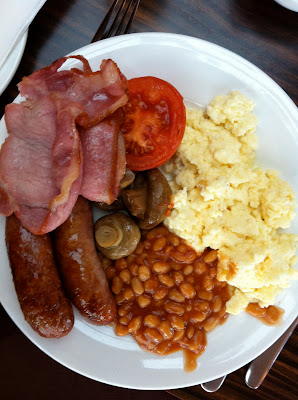 It looked good, was piping hot and I knew it was going to help the hangover. 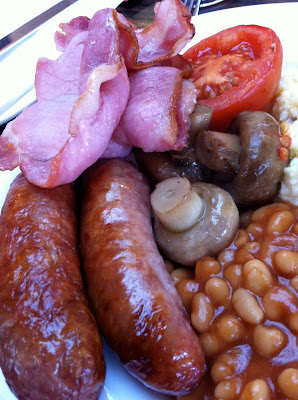 Everything on the plate tasted great. 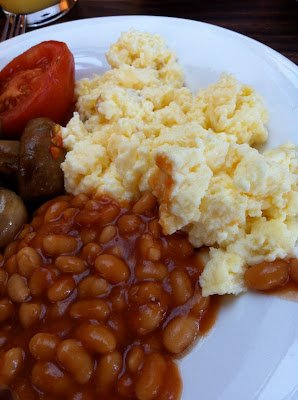 The scrambled egg was a great consistency.

New years eve can often be a very disappointing night out, usually you spend the night going from pub to pub spending ages trying to get served and wake up the next day having spent a small fortune wondering why you bothered. Rather than spend it in Norwich this year we decided to go to London as there were some bands playing at The Boston Arms in Tufnell Park. We were going to be staying a few tube stops away at Glenlyn Hotel who to our delight offer a cooked breakfast. After a great night out at the Boston Arms we headed back to the hotel at around 4am on the free tube service that was running through the night. The next morning still feeling slightly drunk and very tired we headed downstairs for breakfast knowing food was the only way forward...

Upon entering - To be honest eating breakfast seemed more like a hazy dream than a reality due to the lack of sleep and still feeling a tad drunk but I tried my best to remember everything! The breakfast room was in a conservatory looking out onto the large garden at the rear of the hotel. We managed to find a free table to sit at without a problem and headed straight to the jugs of fruit juice. You could help yourself to cereal, fruit and pastries but for us it was all about the cooked breakfast. The cooked items were in heated trays with lids on to keep them hot so you just helped yourself to whatever you wanted. Cutlery, sauces, condiments and butter were on each table and hot drinks and toast were bought over to you by the waitresses. I think this was a nice touch as it is usually when you are busy sorting toast out at buffet breakfasts that your cooked breakfast ends up going cold but here you could eat everything whilst it was still nice and hot. 8/10

Service - As we were helping ourselves to the cooked breakfast a waitress asked us if we would like tea or coffee, by the time we had sat down hot toast was bought over to our table. We were really impressed by the service until we sipped our hot drinks which were barely luke warm. We called the waitress over explaining the drinks were not hot but she didn't seem to understand what we were saying so we politely rephrased it but still she told us "I do not understand". She then asked us "would you like some more", great we thought but sadly more luke warm tea and coffee arrived at the table so we just stuck to drinking the fruit juice. So good service in general but the language barrier made it impossible to rectify any problems that arose. 4/10

Presentation - The tables were set up nicely with neatly stacked jams and the hot food is nicely arranged in the heated trays. How the food looks on your plate is down to you as you serve yourself, I think I placed everything on the plate rather nicely but a few beans went astray! 7/10

The food - Nicely cooked plump pork sausages with a good texture and taste, chunky and tasty bacon with a slightly crisped rind. The scrambled egg was great, not too wet but also not too dry, considering it had been sitting in the hot tray for a while. The tomatoes were really sweet, the mushrooms plump and juicy, the beans thick and rich. The toast was hot when it arrived and was served with real butter. 8/10

Value for money - The only way to eat this breakfast is to stay at the hotel for the night which cost us £85 for the night. The hotel was great, the breakfast delicious and this was London on New Years Eve so we were happy enough! 7/10


Overall - Great hotel with really friendly staff working there and serving a delicious cooked breakfast. The fact they bring you the toast and hot drinks over means you can serve yourself to the cooked breakfast and still eat it whilst it is hot, this works really well. What didn't work so well was the language barrier we encountered, it is difficult to rectify a problem when the person serving you doesn't speak English. This aside though a really nice breakfast at a decent hotel. 7/10