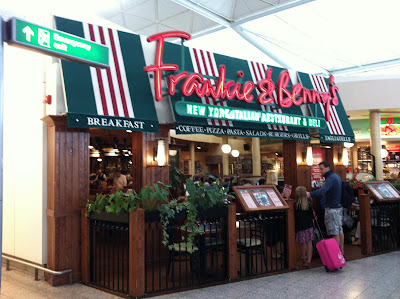 Turn left as you enter the departure lounge to find Frankie & Benny's. 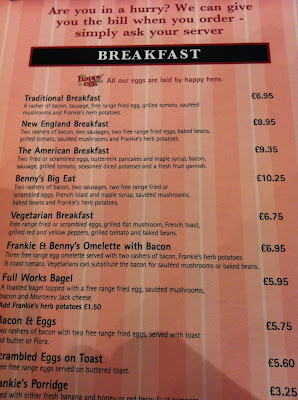 A selection of breakfasts were available, I went for traditional. 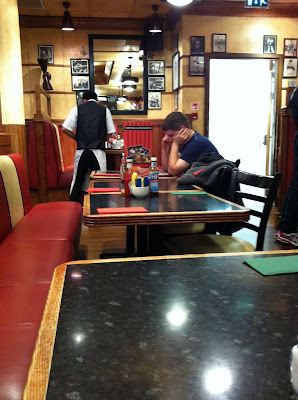 The reality of going on holiday alone had just hit him. 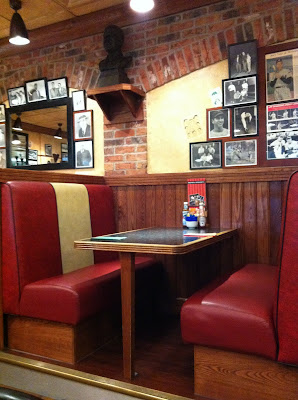 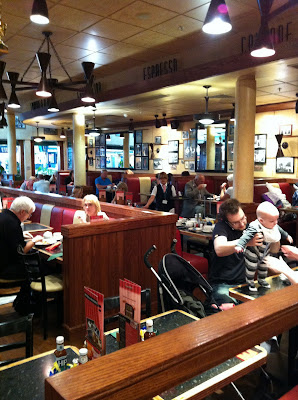 The seating area is really big and the lady to the left has spotted me taking a photo. 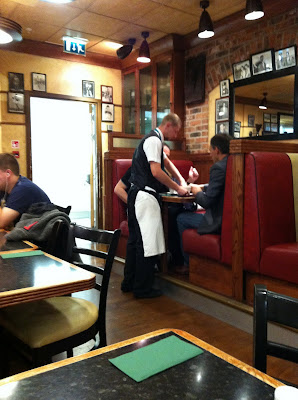 There is a full waiter service. 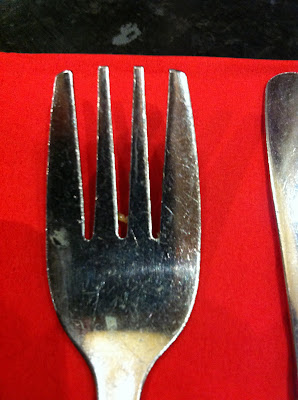 The fork was dirty but they changed it right away. 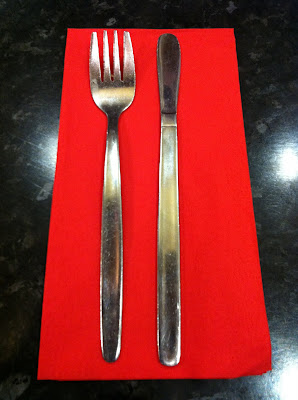 As it is inside the airport expect funny little knives. 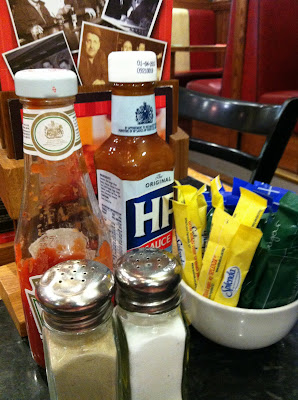 No expense was spared on the sauces. 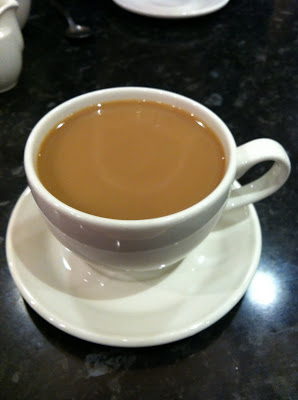 The coffee was £1.95 and was just what you needed when getting up at silly o' clock to drive to the airport. 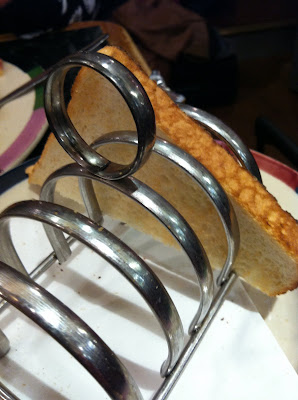 Toast was not included costing around £1.50 extra, the rack was full when it arrived at the table. 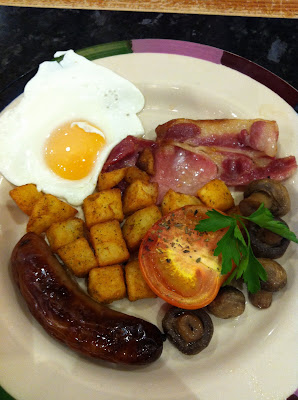 The sprig of parsley was the only thing left on the plate at the end.

After months of looking forward to the Pineda Psychobilly Meeting the day had finally arrived to drive to Stansted airport and fly over to Spain. Usually we have breakfast at Wetherspoons in the departure lounge but this time we fancied a change and headed into Frankie & Benny's...

Upon entering - There was a sign at the entrance that said "Please wait to be seated," you are then shown to a table by one of the waiters. As it is in the airport departure lounge the seating area is really big with a selection of tables and around the edge booths with nice comfy seats, although very busy it is still a nice environment to sit in. There are menu's on each table so you just decide what you want and wait for the waiter to come over to take your order. 8/10

Service - I was quite impressed with how efficient the waiters were, as soon as we required anything it was sorted out promptly. We noticed that one of the forks had hard egg yolk between the prongs but as soon as we mentioned it the waiter bought us a clean one and an apology. Also when the food arrived only one plate turned up as they though we had only ordered one breakfast, before steam had time to exit my ears they brought another breakfast over. It was a good job they did as eating separately due to meals arriving at different times would have resulted in a low score as nothing is more annoying, except maybe dirty cutlery or square plates. 8/10

Presentation - Everything looked nicely placed on the plate with a sprig of parsley to finish it off. 7/10

The food - A rich tasting and quite herby quality sausage and fairly decent bacon, the fried egg was very nice but a tad raw on top of the yolk, the tomato was incredible and full of flavour and the sauteed mushrooms were spot on. I'm not a fan of fried potatoes on my breakfast but these were really nice, full of flavour and crispy around the edge. 8/10

Value for money - The traditional breakfast cost £6.95 which for an airport seemed quite reasonable. 7/10

Overall - Compared to eating at the Weatherspoons in the airport did I prefer it? Yes definitely, you get less food but the quality is much better and it tastes delicious. The environment is much nicer and the service is better too. I know I will be heading back here again next time I'm at Stansted. 7.5/10 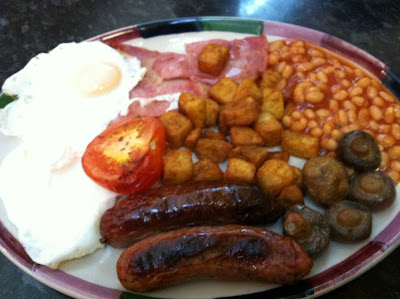 I found myself back at Stansted on 27th August so decided to try the bigger "New England Breakfast" for £8.95. It was definitely better having double sausage, bacon, eggs and some beans. 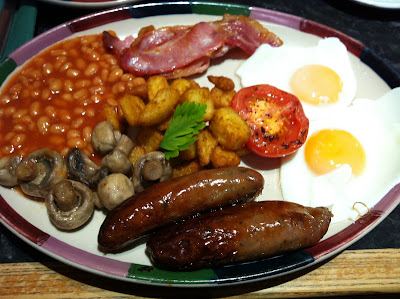