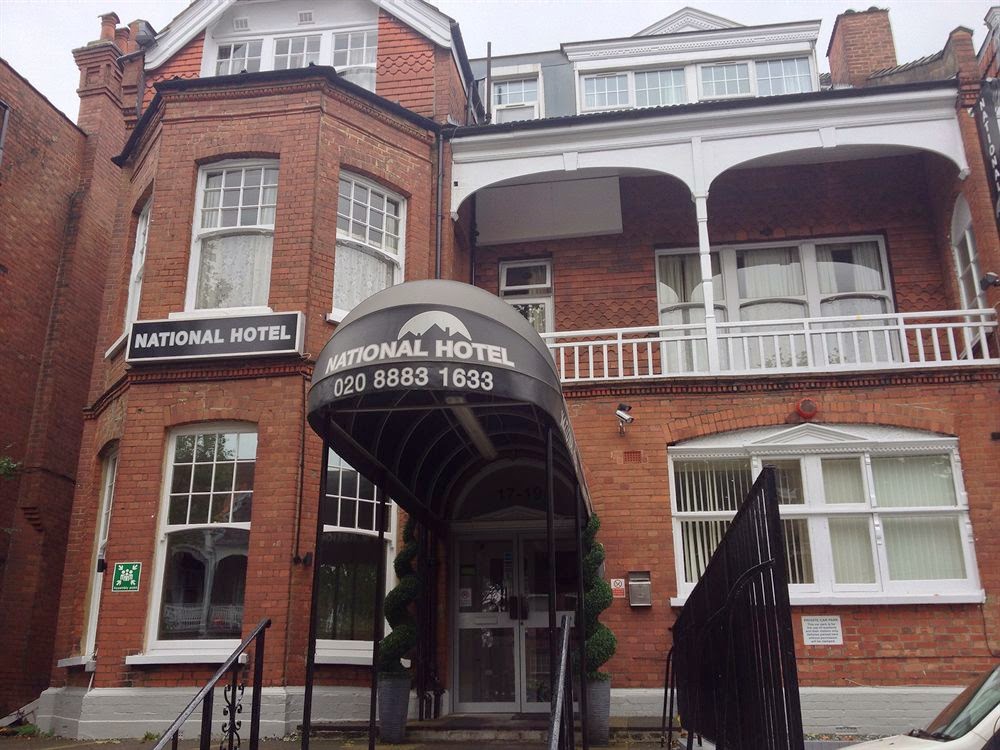 Our stay in Finsbury Park ended up in Muswell Hill through no choice of our own. 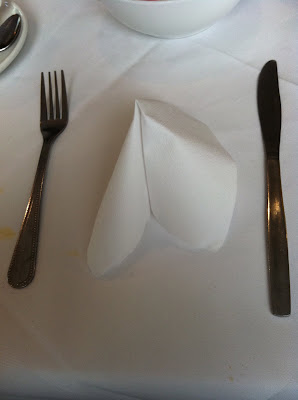 I considered putting it on my head but thought better of it. 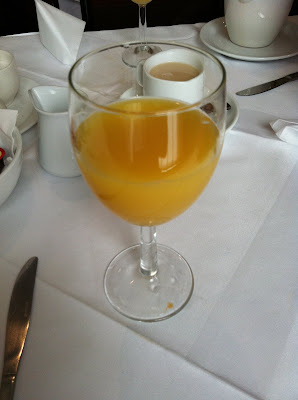 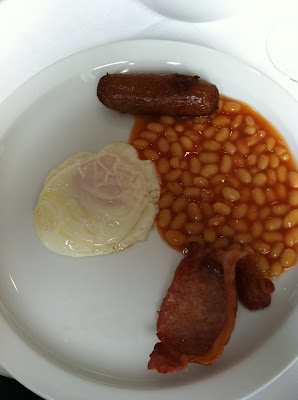 A massive plate with hardly anything on it.. Fry up inspector hell!!

It was quite a few months ago now that I booked a double room at the Central Park Hotel in Finsbury Park for £39 and at the time it seemed too good to be true, upon arriving at the hotel I soon discovered it was too good to be true and we along with a packed reception area of disappointed guests had fallen for the overbooking scam... The hotel basically has about 60 rooms but they accept bookings from lets say 110 guests, some people always end up not turning up or cancelling so the hotel makes £25 per cancellation. All the other overbooked guests are put in taxi's and taken miles away from where they need to be (in our case Muswell Hill) and booked into hotels that are often well out of the way and often nowhere near a tube station. We needed to be as near to Highbury as possible but when we arrived at Muswell Hill we realised we were far from where we needed to be and it was going to be trickier getting home after the gig. Actually it didn't turn out as bad as we thought for two reasons, there was a night bus that went from outside the pub we were in right to the hotel and also the hotel we were now at in Muswell Hill served a full english breakfast unlike the continental offering served at the Central park Hotel. Feeling a bit worse for wear in the morning we made it out of bed and walked into the breakfast room...

Upon entering - There were plenty of spare tables though most had been sat at and not tidied ready for the next guest. There was no menu or indication as to what was available but orange juice and milk were on a table at the edge of the room. The breakfast room was nice and light but the chairs were a bit too tall for the tables so a tad uncomfortable. 5/10

Service - The young girl who served us seemed like she would rather have been anywhere else, when we asked a question a blunt one word answer was what we got in return. There was a really friendly man who was working there who came over and talked to us after we had eaten, he explained that the people serving breakfast were standing in for the regular staff. 5/10

Presentation - Where do I start!! When it arrived on the plate it looked bloody ridiculous and I didn't know whether to laugh or cry. The plate was way too big for the small amount on offer, I have been served a similar amount on a much smaller plate at the George Hotel and it looked a bit better. I must also mention that the coffee arrived in a tea pot and the tea arrived in a coffee pot. Oh dear!! 2/10

The food - The economy sausage was deep fried and although cheap was quite moist and tasty. The bacon was also deep fried, quite salty and rather tasty. The fried egg was cooked nicely and helped the hangover no end. The beans were ok and the toast with real butter on was delicious. 6/10

Value for money - It came with the cost of the stay so... N\A

Overall - To be honest most London hotels that I stay in offer the dreaded continental breakfast so although quite a laughable sized offering it did taste nice and was at least part of a fry up. I shouldn't have even been at this hotel really and most people that book into the Central Park Hotel (which serves a continental breakfast) may well end up here too but despite being miles from Finsbury Park you will at least be eating a bit better in the morning! A special mention must go to the chap we spoke to after breakfast that worked at the hotel, he was friendly and knew how to speak to people which was so nice after having to deal with the rude and arrogant man from the Central Park Hotel. 4/10
Posted by Fry Up Inspector at 13:49